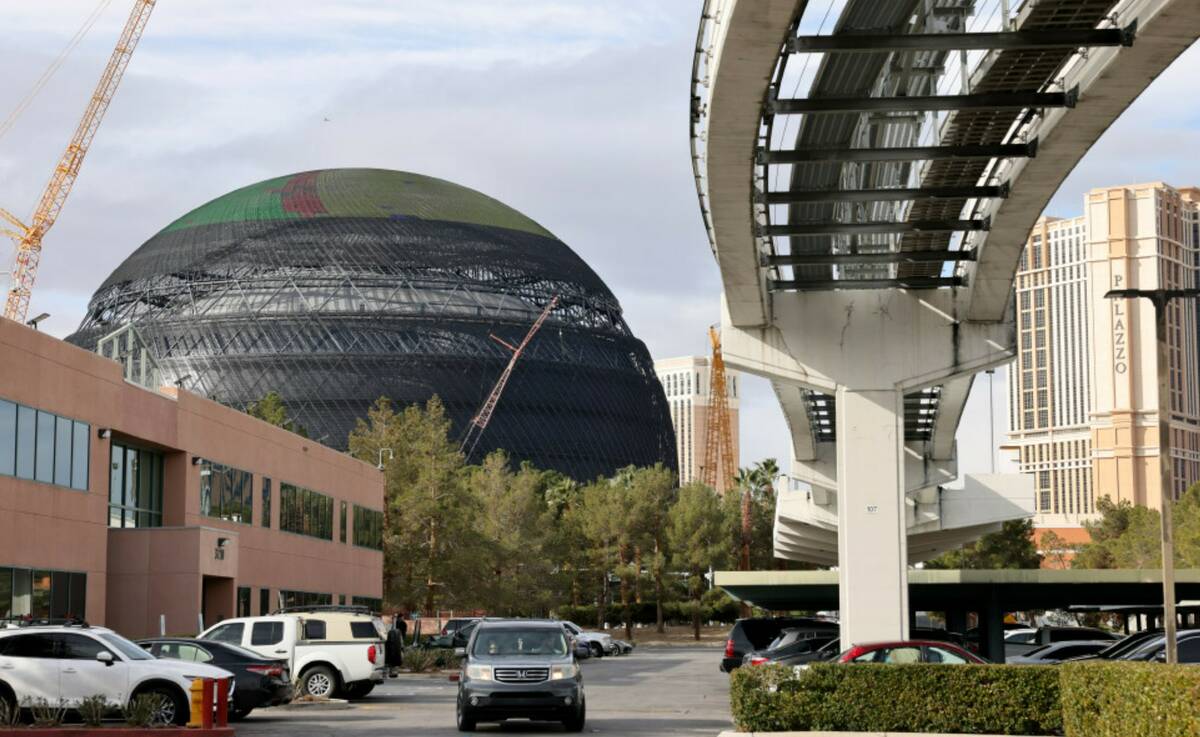 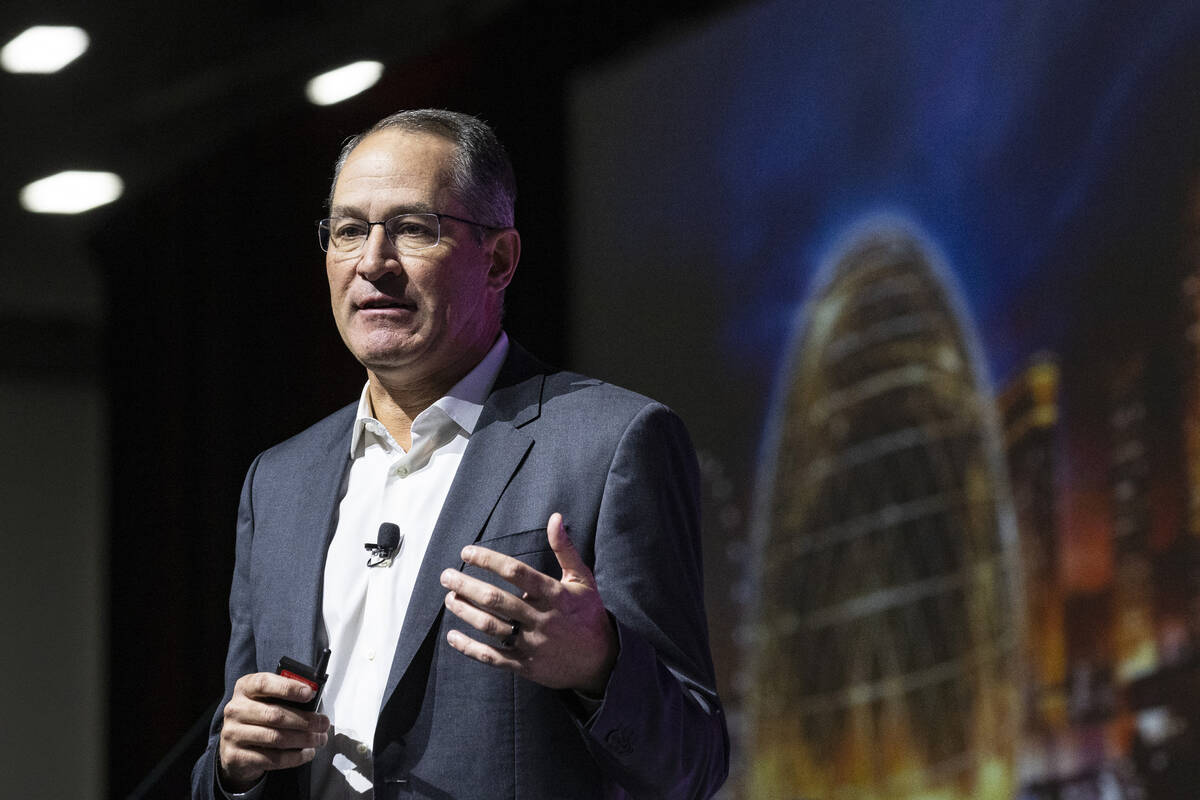 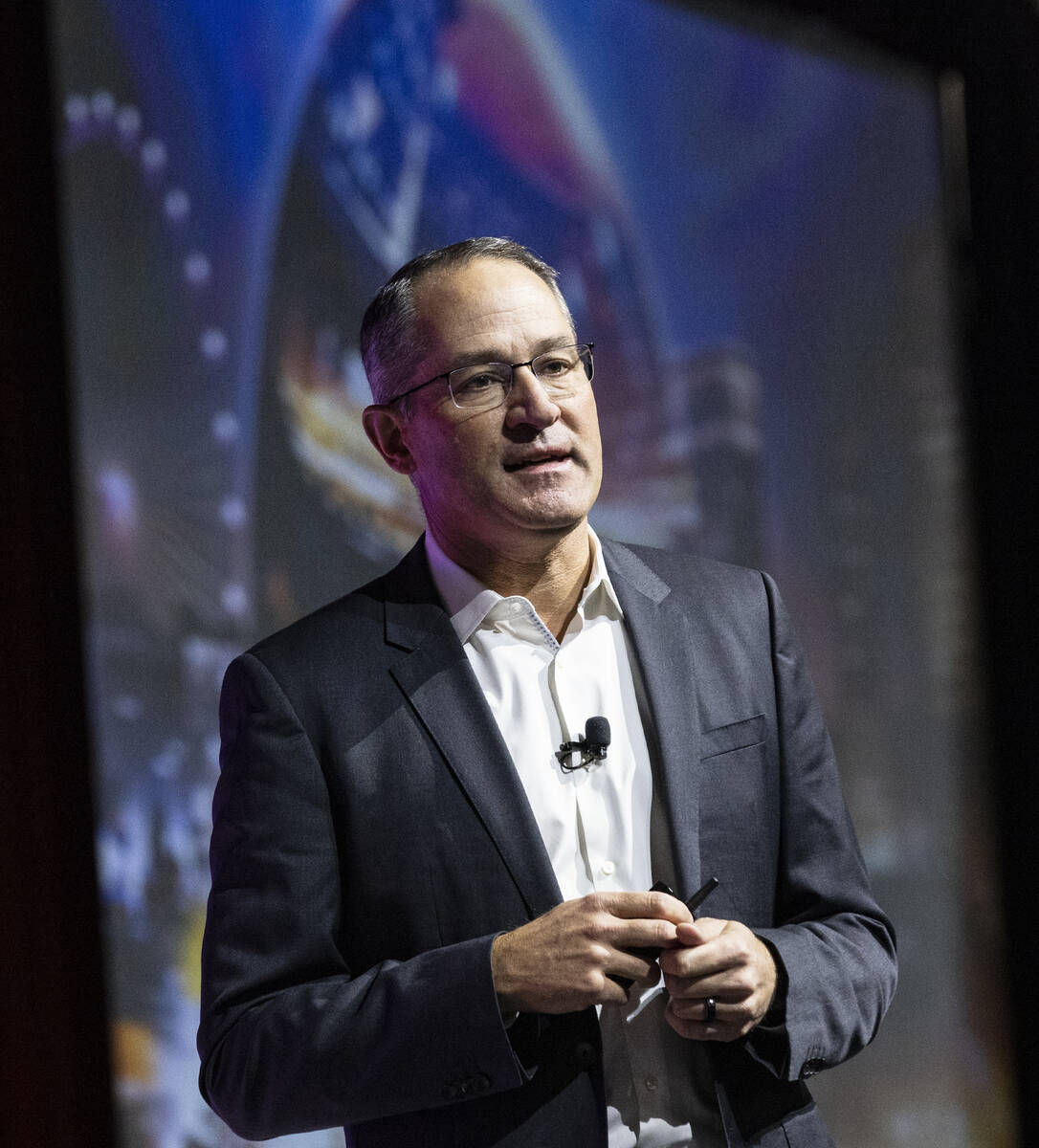 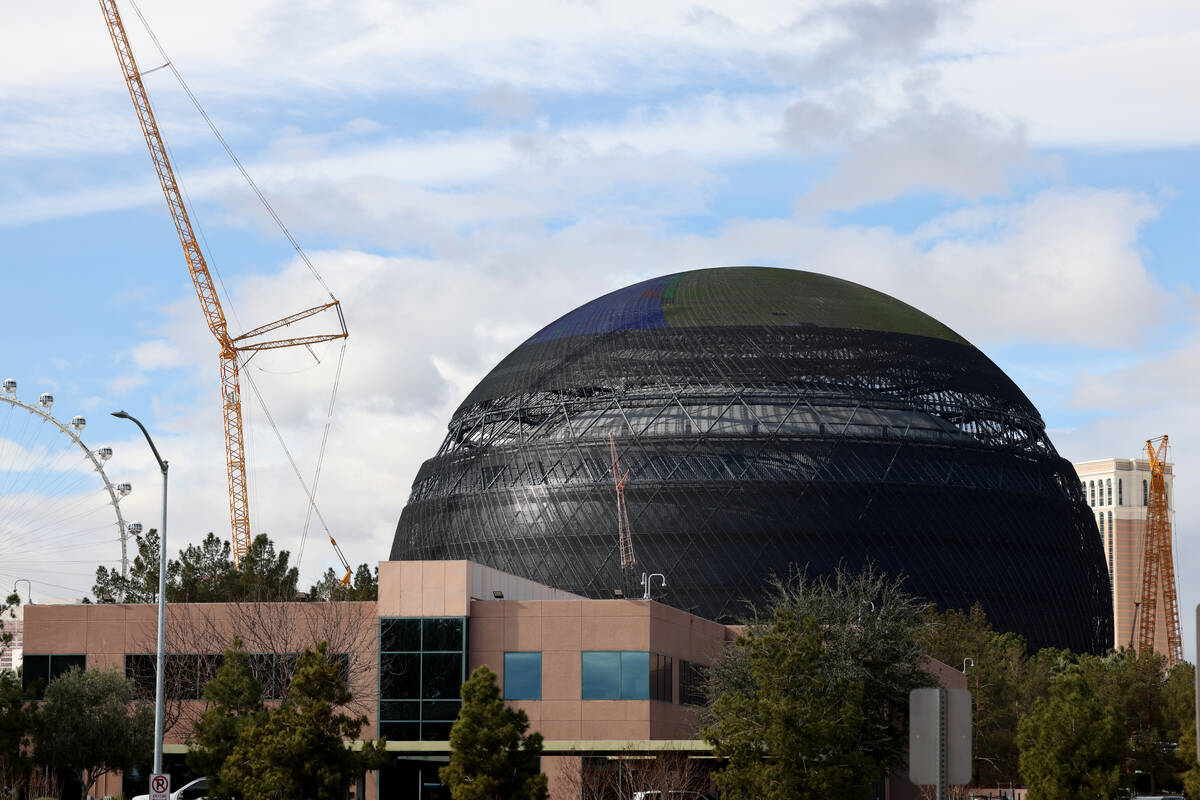 Lucas Watson was in a square conference center while talking of a rounded fortress.

After his presentation in the new Convention Center expansion, Watson sidestepped questions about U2 opening The Sphere this September. We are now informed the band’s opening dates are being reviewed, pending progress on the $2.18 billion project construction.

But Watson offered that details of the who and when are in the offing.

“We’ll have announcements about artists and tickets for sale, soon,” Watson said offstage. The exec confirmed there would be between four and six residency headliners playing every year at The Sphere.

“Each artist will play roughly 10 to 12 shows, depending on their availability and scheduling,” Watson said. “But that’s the rough order of magnitude.”

Top-line exec Josephine Vaccarello has been promoted to lead all MSG Sphere’s bookings.

As previously referenced in this sphere (or, column), Watson also said a theatrical presentation playing regularly at The Sphere.

“Yes, theatrical, but multisensory, so with less live performers and more cinematic technology,” Watson said, “and just for The Sphere.”

This work is all being done at the venue’s prototype in Burbank. We expect that production to anchor The Sphere programming, with headliners moving in and out.

Watson also referred to The Sphere’s total capacity as 18,600. The new figure adds seats to the previous 17,500. This is now the official figure as we round up, as it were.

A published report indicates Live Nation President and CFO Joe Berchtold is holding bots responsible for the Taylor Swift ticketing pre-sale mess in November. Billboard is reporting Berchtold is planning to blame the automated systems for jamming the Ticketmaster ticketing systems when he appears before a Senate Judiciary Committee hearing Tuesday.

According to the reports, Berchtold intends to detail Ticketmaster’s battles against ticket scalpers who are illegally employing automated softer to “attack” the ticket sales of high-profile artists.

“We knew bots would attack (Swift’s) onsale, and planned accordingly,” Berchtold said in his prepared statement, as obtained by the national publication. “We were then hit with three times the amount of bot traffic than we had ever experienced, and for the first time in 400 Verified Fan onsales they came after our Verified Fan access code servers. While the bots failed to penetrate our systems or acquire any tickets, the attack required us to slow down and even pause our sales. This is what led to a terrible consumer experience that we deeply regret.”

Superstar Garth Brooks, due to open a residency series at the Colosseum in May, is expected to support Berchtold’s testimony. Brooks said he pushed Cowboys owner Jerry Jones (tough weekend for him) to use Ticketmaster rather than SeatGeek for Brooks’ show at AT&T Stadium. SeatGeek usually has an exclusive ticketing contract with the stadium.

From Brooks’ statement (capital letters his): “The crush of bots during an on-sale is a huge reason for program failure NO MATTER WHO THE TICKET SELLING COMPANY is,” writes the country icon in his letter addressed to Congress. “And the one who ALWAYS pays for this atrocity is the customer, the LAST one on whom that burden should fall.”

Stevie Nicks has announced a solo tour, with a March 18 stop at T-Mobile Arena. Tickets are onsale 10 a.m. Friday at AXS.com. Nicks is performing with Billy Joel on select shows, but not in Las Vegas. We’ve seen Nicks at the old Joint at Hard Rock Hotel (Virgin Hotel Theater today) and at the Colosseum. She said in both shows she appreciated the chance to play her solo material, which is of course amazing.

Cronin was a fan of “Croz” since he was a teenager. He invited Crosby to his home for a run-through of a new song, which Cronin played on acoustic guitar. “He was swaying back and forth, as I played the rhythm of the song,” Cronin told the sold-out crowd at The Pearl at the Palms on Saturday night. “When I strummed the last chord, he was in a trancelike state. I’ve never seen a person who loved music the way David Crosby did.”

REO then played a song they’d just worked up Friday, their favorite Crosby song, “Almost Cut My Hair,” by Crosby, Stills, Nash & Young. Not many bands can due “Croz” justice today. REO, which celebrated its 50th is one.

Elvis Lederer’s Unique Massive is back at Sand Dollar Lounge at Polaris and Spring Mountain from 10 p.m.-2 a.m. Wednesday. The band is closing in on 20 years in VegasVille, with guitar great Lederer performing with Mike Gonzales (trumpet), Matt Green (keys), Wickett Pickett (bass), Chris Foster (drums). No cover. As always, try the pizza.