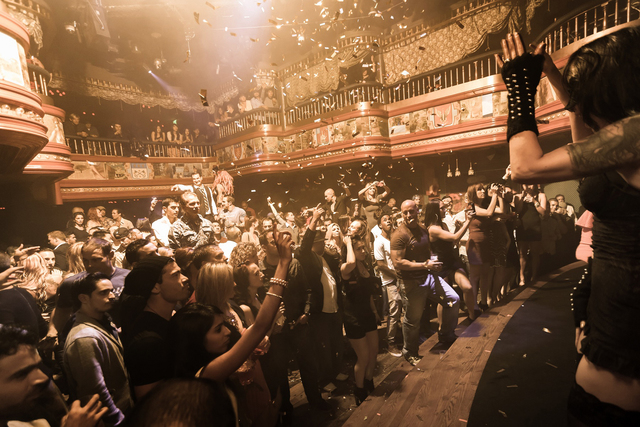 In this image provided by The Act nightclub, patrons enjoy a performance at the club located at the Palazzo hotel-casino on the Las Vegas Strip. (AP Photo/The Act Nightclub, Denise Truscello ) 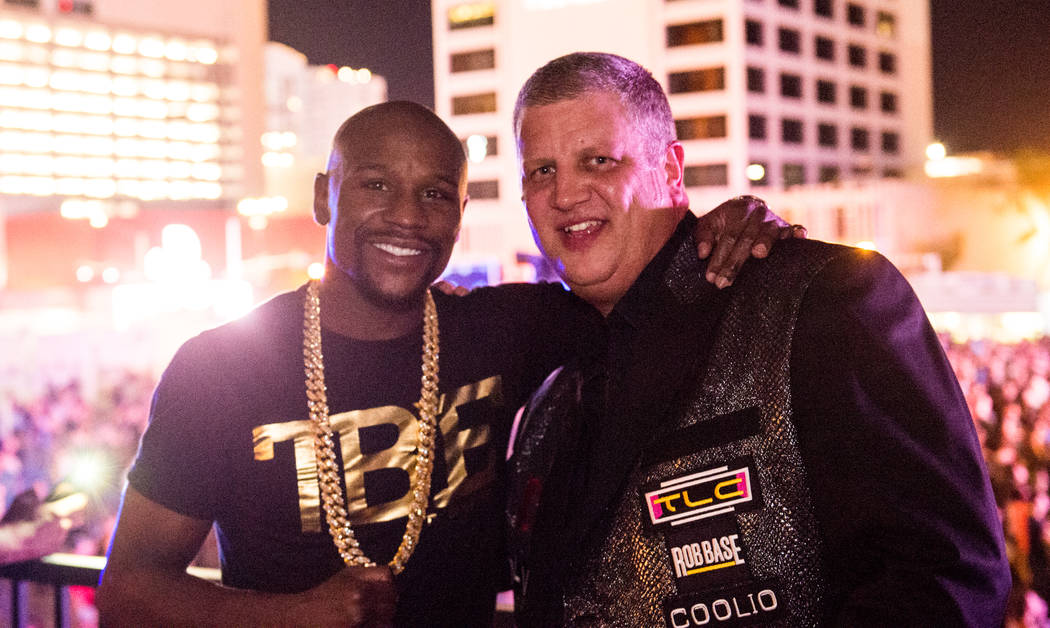 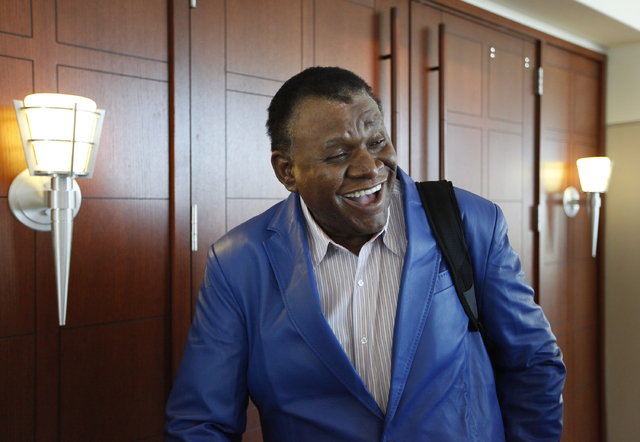 Comedian George Wallace smiles outside of court in Las Vegas Tuesday, April 8, 2014 after a jury awarded him $1.3 million for negligence on the part of the Bellagio for a 2007 incident where he was injured on stage. (John Locher/Las Vegas Review-Journal)

The second act at The Act is being developed by the crew who brought “Absinthe” to the Strip.

“Opium,” a production featuring a comic host introducing a variety of wild side acts, is reportedly being planned for the venue on the second level of the Shoppes at the Palazzo entertainment and retail promenade. The show is the latest from the team at Spiegelworld, the company behind “Absinthe” at Caesars Palace.

The nightclub space at Palazzo was home to the adult-themed variety showcase The Act, which was the Las Vegas outpost of the New York adult cabaret The Box, from October 2012-13.

Spiegelworld founder and “Impresario” Ross Mollison declined to comment on the new show, but the @OpiumVegas Instagram feed indicates it will embrace the weird, grown-up comedy that was a hallmark of The Act and has served “Absinthe” so effectively since its 2011 opening. One post shows two figures in spacesuits lifting a giant cage bathed in pink light. Another shows nothing but an assortment of marbles; none of the posts have captions.

The emcee being courted to helm “Opium” is no stranger to the Strip: George Wallace, a headliner at Flamingo Las Vegas for a decade, ending in 2014. Mollison is known to be a big fan of Wallace. Wallace, in turn, is known to be as shrewd in business as he is funny onstage, saying Saturday that “it would take a lot of money” for him to accept such a role.

Wallace splits his time between New York and Las Vegas, and last month headlined at South Point Showroom. He is also cast in the upcoming action-comedy film “Villa Capri,” which co-stars Morgan Freeman, Tommy Lee Jones and Rene Russo. The movie is due for release this Thanksgiving.

Over the past several days, Floyd Mayweather has hit the scene with the same zeal he uses to slam the heavy bag. The undefeated boxing champ and, more recently, proprietor of Girl Collection adult club in Las Vegas, turned up at the “I Love The 90s Tour: The Party Continues” at Downtown Las Vegas Events Center. Mayweather was joined by UFC president Dana White. Mayweather was expertly cornered for a photo op by D Las Vegas owner and DLV Chief Executive Officer Derek Stevens during the all-star show, which was headlined by TLC. Also on the bill: Coolio (who lives in North Las Vegas) and Rob Base.

Mayweather was also spotted Tuesday night at Omnia at Caesars Palace, and at “Absinthe” Thursday. To witness an ongoing exercise of indulgence, check out Mayweather’s Girl Collection Instagram story feed. This is where stacks of cash and day-glow G-strings receive equal billing.

O.J. Simpson was granted parole Thursday. That night, Carrot Top (aka Scott Thompson) had a new bit in his act at Luxor. The joke: “It’s been announced that Britney Spears’ residency is ending here in Las Vegas in December. And then, today, it was announced that one of the longest residencies in Nevada actually ends in October.” A video screen then showed a shot of Simpson behind bars. “Don’t let him out! Nooo!”

Topper ends the bit with another Vegas reference: “His favorite band is The Killers. I did not know that!” The segment ends with The Killers’ song “Mr. Brightside.” C.T. says the entire bit took 10 minutes to create.

Also Wednesday, Station Casinos donated $56,000 and more than 1,100 buffet dinners to Veterans Village of Las Vegas in its third annual “Month of Honor” campaign. The money was raised during the company’s May fund drive, where a portion of proceeds from dining, gaming and entertainment offerings were used to help support homeless vets living at the Veterans Village downtown housing complexes.