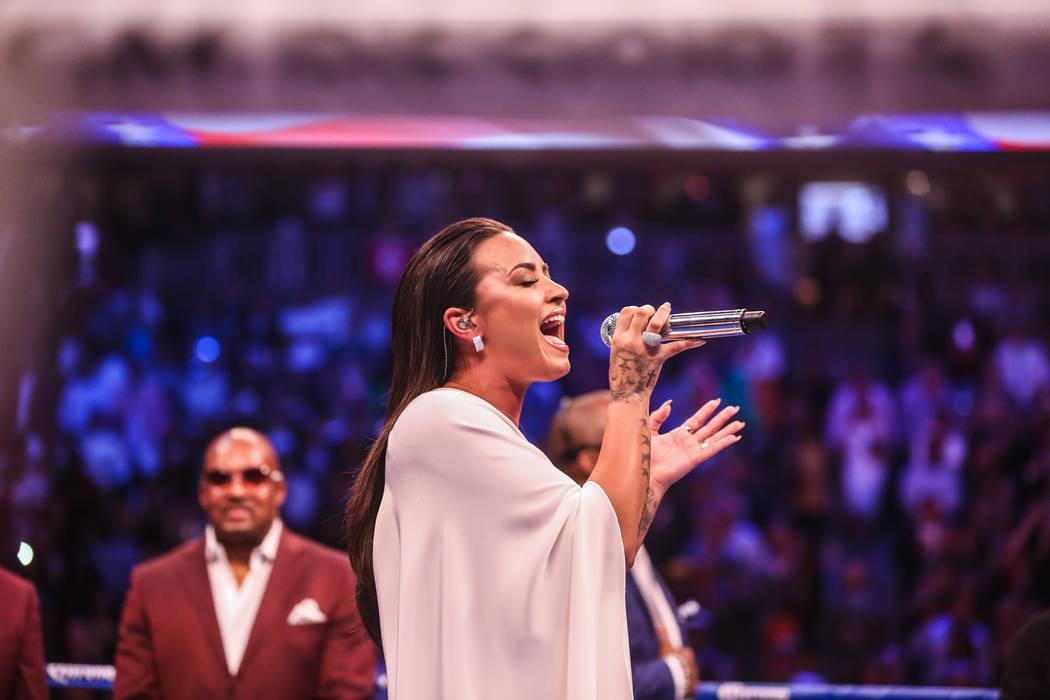 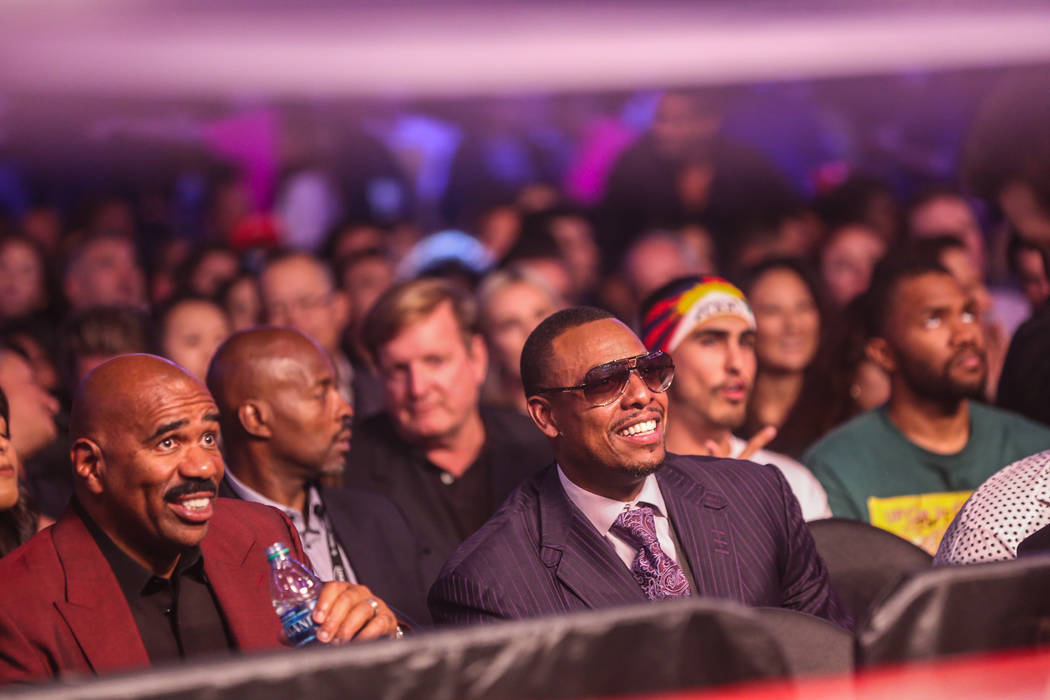 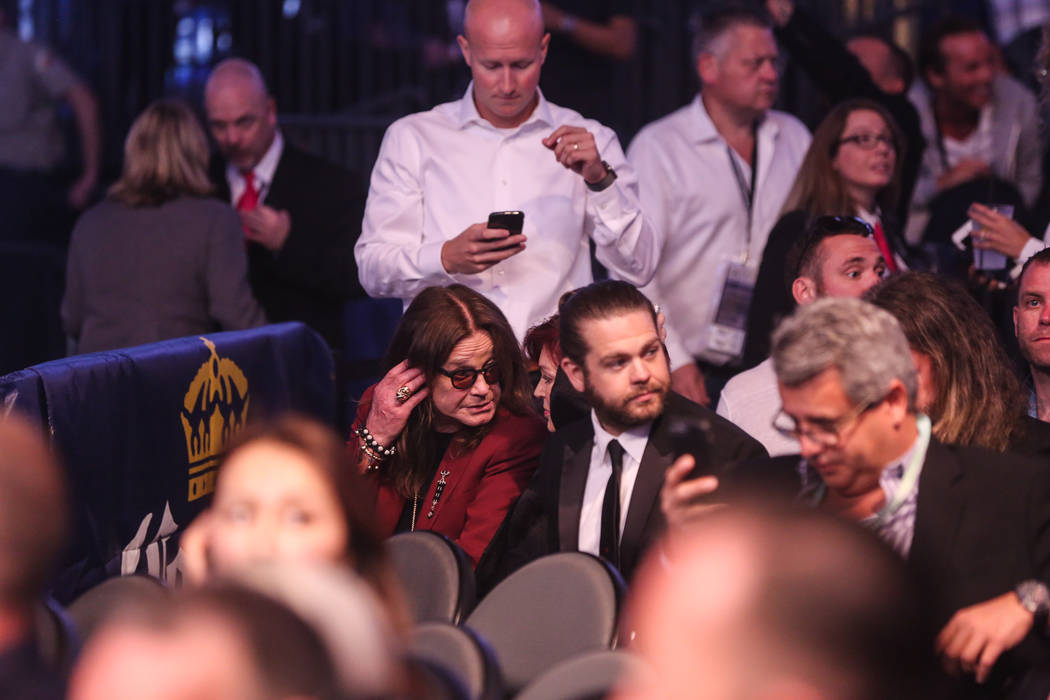 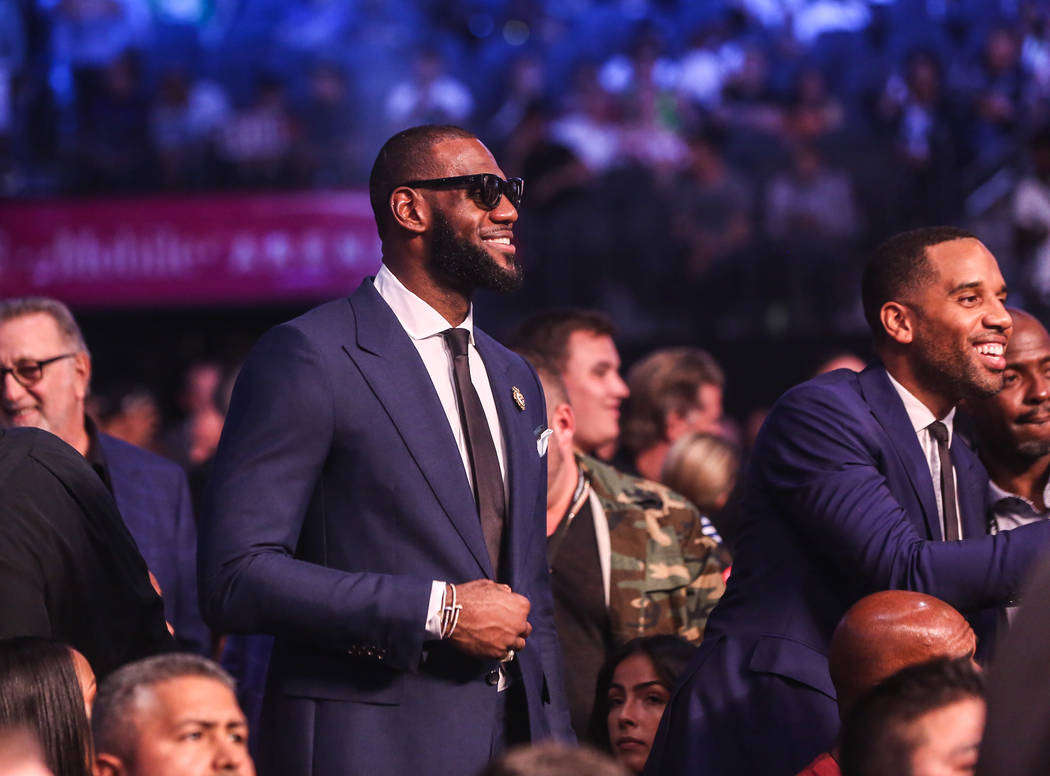 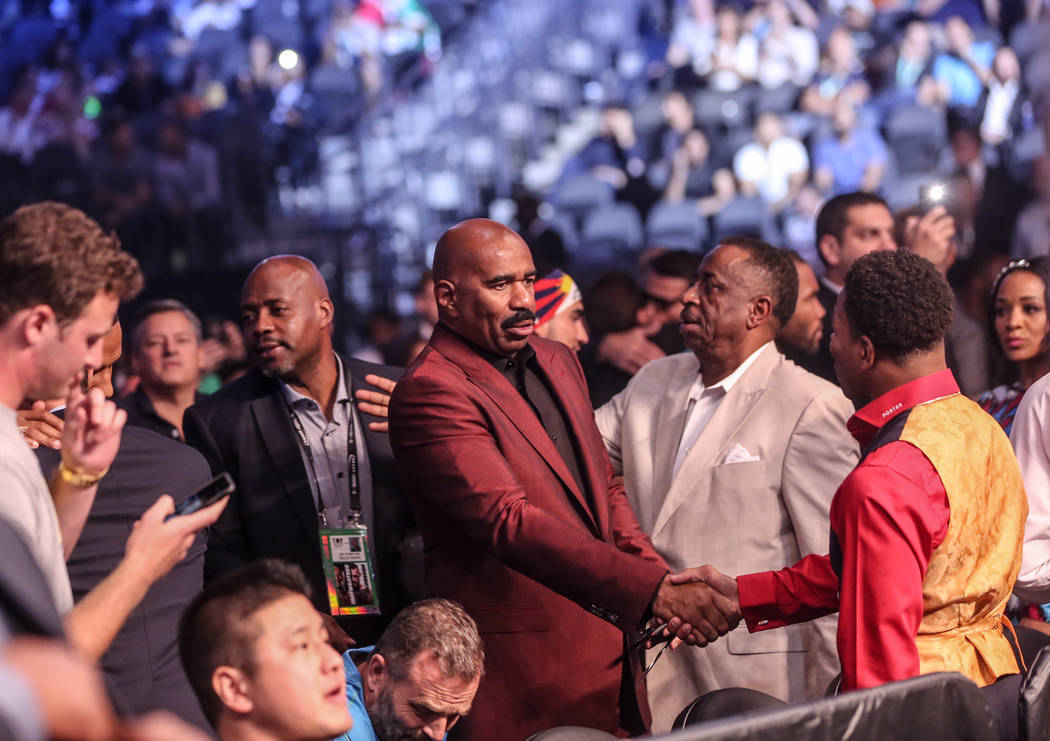 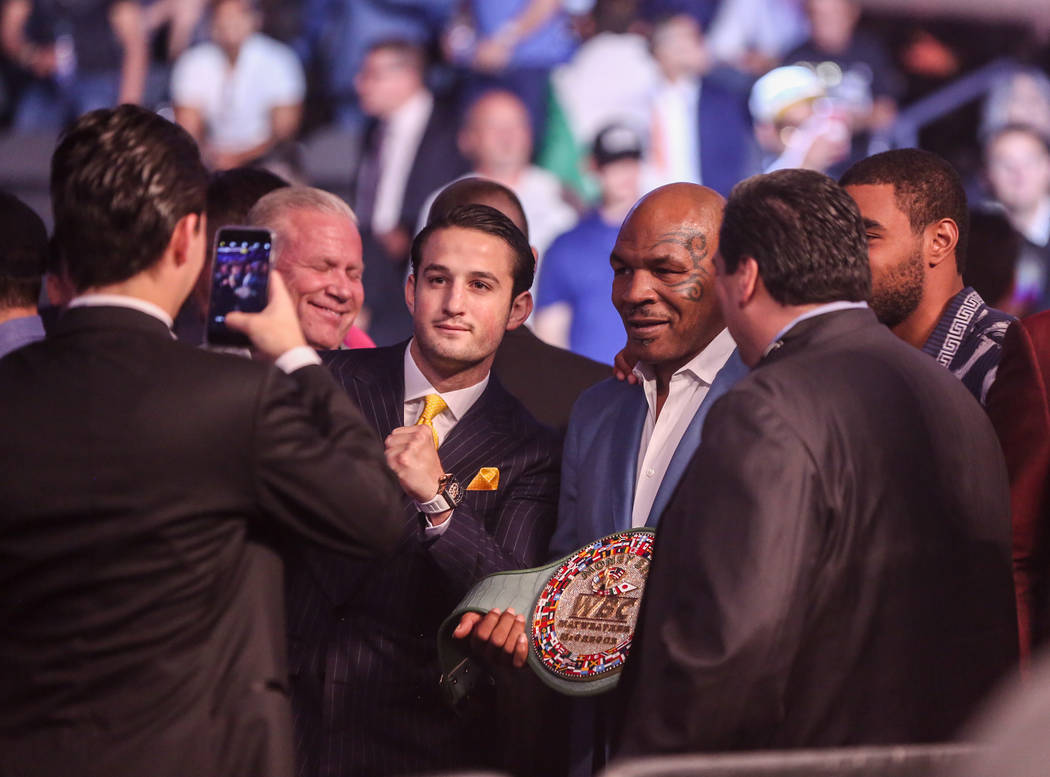 Michael Irvin has three Super Bowl rings. On Saturday night, he added a WBC title belt, if temporarily, modeling the piece on the red carpet before the Floyd Mayweather-Conor McGregor bout.

And, adding yet more spice to the spectacle, Dwayne “The Rock” Johnson took part — remotely — by providing the voice-over for the video leading to the fighters’ entrance to the arena. “I connected with my boy Conor this week,” The Rock posted on his IG page. “His intentions go far beyond his extraordinary skill.”

MGM Resorts held several closed-circuit viewing parties, including private and public events. Including the 15,500 inside T-Mobile Arena, the number of tickets offered in total was a little more than 40,000, and every event sold out. The resort company enlisted such venues as Zumanity Theater at New York-New York, Love Theater at Mirage, MJ One Theater at Mandalay Bay, Marquee Ballroom at MGM Grand, Blue Man Group Theater at Luxor and Alibi Lounge at Aria.

Also, Foxwoods Casino Resort in Connecticut showed the bout on closed-circuit. It’s not a random connection. MGM Resorts is linked to that resort by Felix Rappaport, president and chief executive officer of Foxwoods who ran New York-New York, Luxor and Mirage in Las Vegas before heading east.

The idea is to return the sport, and its many appealing story lines, to mass audiences. As Burke Magnus, executive vice president of programming and scheduling, said Saturday morning: “ESPN and Top Rank will build the superstars of tomorrow through unrivaled exposure, original content and cutting edge technology.”

Broadcaster Stephen A. Smith said he was drawn to the sport in the era before pay-per-view broadcasts took hold. “I grew to love boxing when it was on TV, on ‘Wide World of Sports,’ ” Smith said. He also mentioned the iconic announcer Howard Cosell, who concurrently thrilled and rankled fight fans with bombastic commentary.

Is Smith the Cosell in the ESPN broadcast series? “I don’t profess to be Howard Cosell,” Smith said after Saturday’s press conference. “But I have a real passion for the sport.”

“I’m having 20 people over to watch it,” Arum said Saturday at the Wynn. “I wasn’t going to pay for it, but I’ll let everyone chip in.”

I ran into renowned fight ref and Las Vegas resident Joe Cortez earlier. The International Boxing Hall of Famer helped teach McGregor the rules of boxing (which is what a ref does before every bout anyway) during McGregor’s training camp. Cortez has a hidden talent too, as a nifty basketball trick-shot artist.

Several years ago, Cortez posted a YouTube video showing him connecting on a series of 32-foot shots with his back to basket. Shooting underhanded without looking at the hoop, he made 13 in a 40-minute stretch.