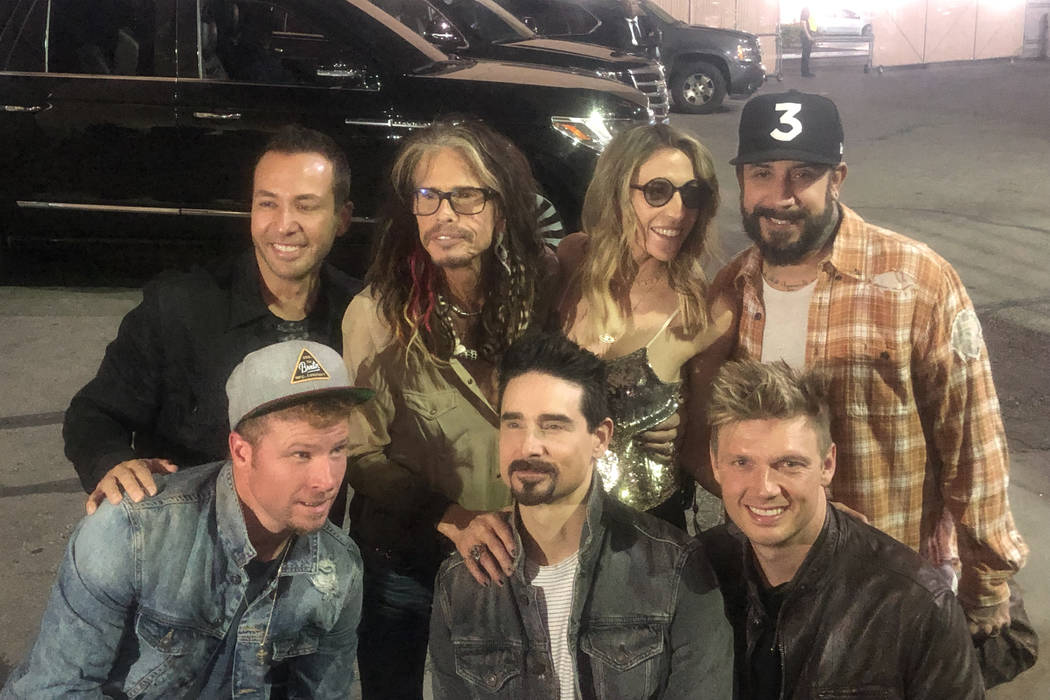 The next step might be for Steven Tyler to learn some new dance steps.

The front man for Aerosmith joined the Backstreet Boys onstage at Zappos Theater on Friday night. The band had called a female fan to the stage, as is customary, for “Shape Of My Heart.” Typically, the band hands the ecstatic fan a rose.

Atypically, this time the fan was Aimee Ann Preston, Tyler’s girlfriend. Near the end of the song, Tyler himself strode onstage as the crowd (and BSB) flipped out.

HEY I THOUGHT I WAS ONLY DOING 3 SHOWS A WEEK IN VEGAS 😀 TOOK THIS ONE TO SEE THE @backstreetboys CONCERT MY WAY! 😍 pic.twitter.com/cXi5AoZOV9

“This is rock royalty!” Kevin Richardson called out. Bandmate Howie Dorough added, “It doesn’t get doper than this man, right here.”

As we say, there is no higher praise.

BSB closes their “Larger Than Life” residency at Planet Hollywood on April 27. Aerosmith continues its “Deuces Are Wild” series Sunday at Park Theater.

John Katsilometes’ column runs daily in the A section. His PodKats podcast can be found atreviewjournal.com/podcasts.Contact him at jkatsilometes@reviewjournal.com. Follow @johnnykats on Twitter, @JohnnyKats1 on Instagram.