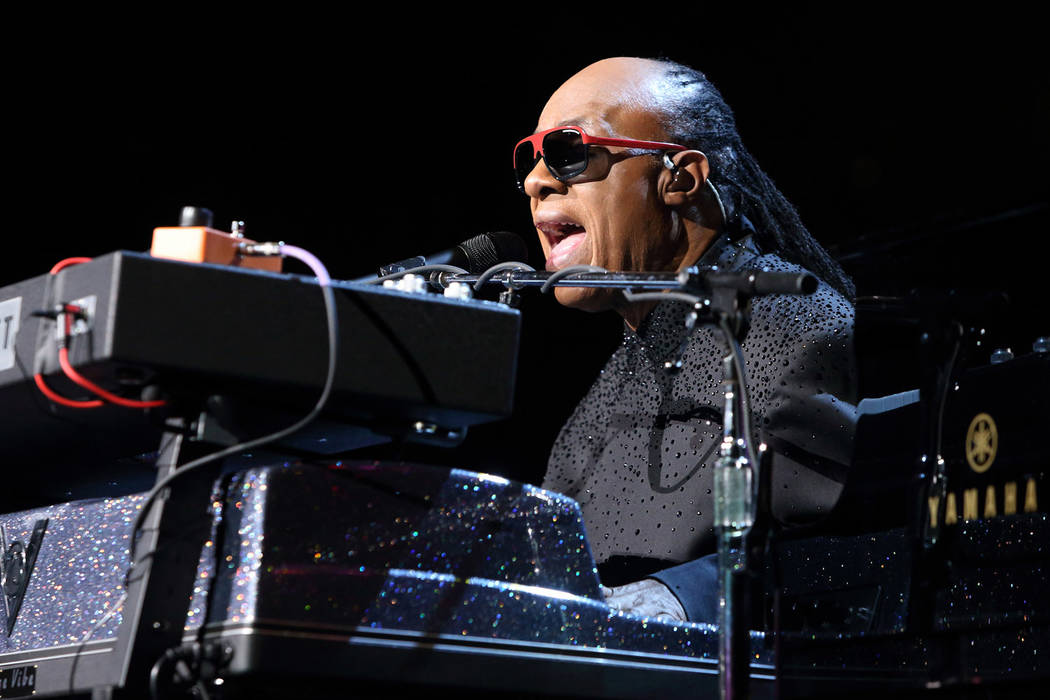 Stevie Wonder performs in concert during his Songs in the Key of Life Tour 2014 at the Wells Fargo Center on Sunday, Nov. 16, 2014, in Philadelphia. (Photo by Owen Sweeney/Invision/AP) 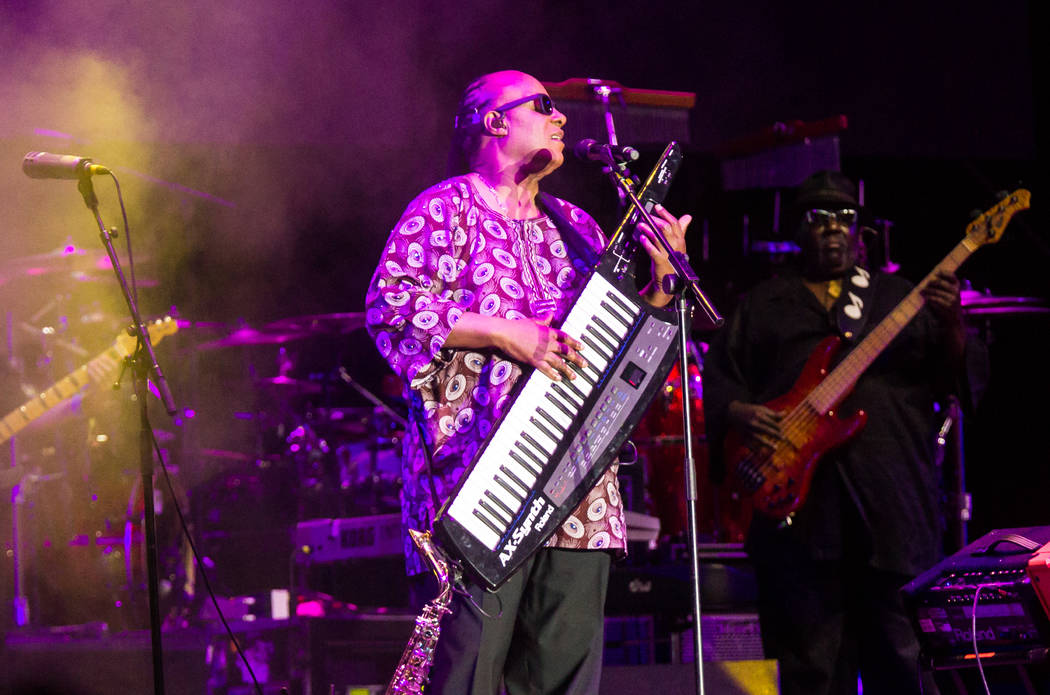 Stevie Wonder has plans for a working, summer vacation in Las Vegas.

According to published reports, Wonder told the crowd at a private, VIP performance at Peppermint Club in West Hollywood, Calif. late Thursday night that he plans to perform shows this year to celebrate life , love and music.

Wonder didn’t specify the venue or schedule, but sources with knowledge of his schedule indicate he will perform five shows at The Park Theater late this summer, most likely in August (I’d tweeted about the likelihood of a Wonder engagement on April 21). Park Theater has no music-concert ticket sales posted for that month (though comic Bill Burr headlines on Aug. 21). Bruno Mars is back for three shows July 25, 27 and 28. Queen with Adam Lambert is set for 10 shows from Sept. 1-22.

Wonder, who turns 68 on Sunday, also plans to finish his long-awaited album, “Through the Eyes of Wonder” by the end of the year. He is inviting fans and celebrities of all ilk to record videos expressing their dreams to his Twitter page under the #DreamStillLives hashtag. Tony Bennett, The Chainsmokers and Garth Brooks are among the artists who have joined the campaign.

Over the years, Wonder has performed at multiple Las Vegas venues, including the Chelsea at the Cosmopolitan of Las Vegas on New Year’s Eve 2011, and MGM Grand Garden Arena in 2014. His most recent ticketed show in Las Vegas was during Life is Beautiful in May 2015. Wonder also joined Madonna for a tribute to Prince at the Billboard Music Awards show at T-Mobile Arena in May 2016.

Louie Anderson had recently been treated for Diffuse Large B Cell Lymphoma, the most common type of Non-Hodgkin lymphoma reported in the U.S.