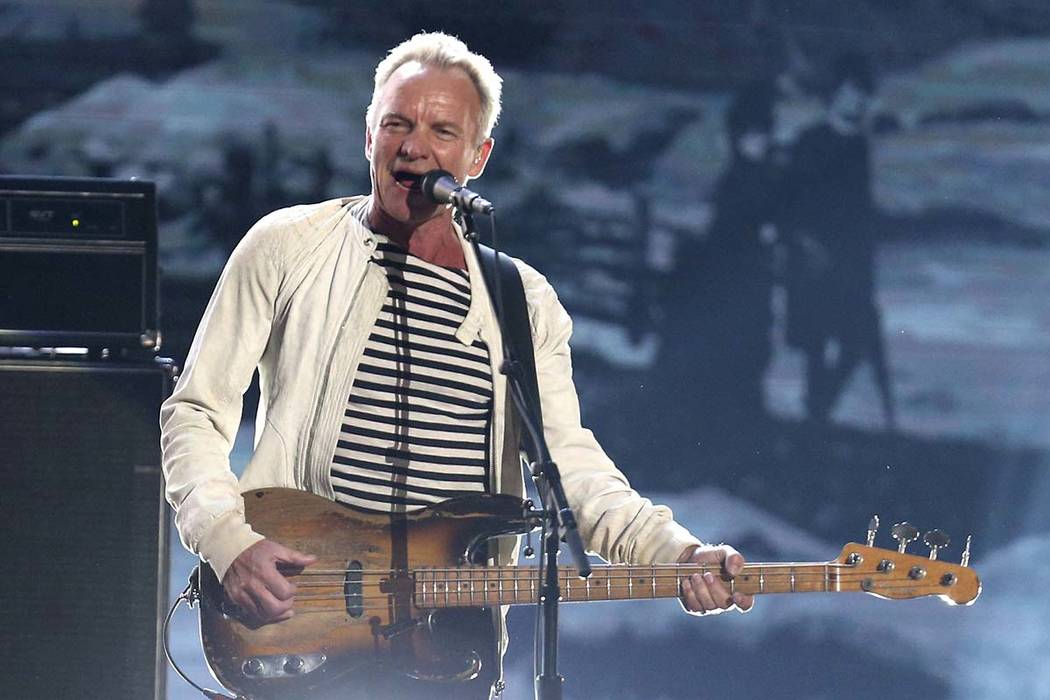 Sting performs at the 60th annual Grammy Awards in New York, Jan. 28, 2018. Sting is heading to Las Vegas to launch a residency at The Colosseum at Caesars Palace next year. (Matt Sayles/Invision/AP, File) 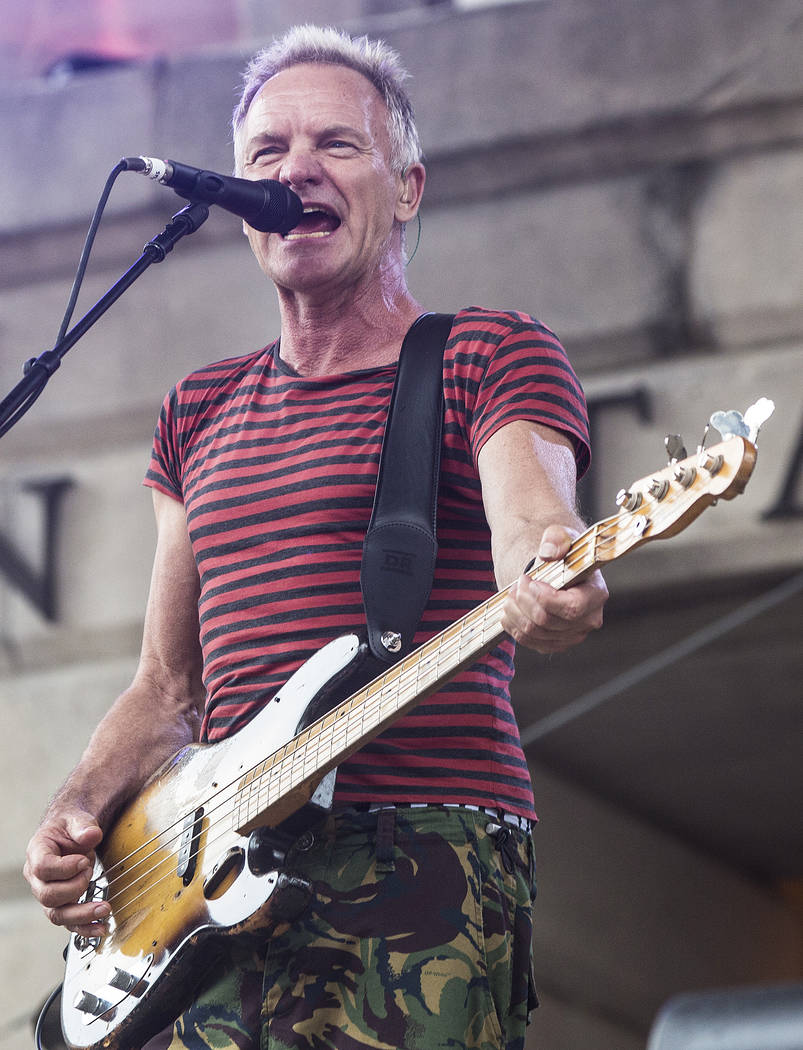 Sting performs outside Capital One Arena before the start of Game 3 of the NHL Stanley Cup Final with the Golden Knights and Washington Capitals on Saturday, June 2, 2018, in Washington. Benjamin Hager Las Vegas Review-Journal @benjaminhphoto

Sting is coming to The Colosseum at Caesars Palace.

It’ll be more than a year off, but beginning at 10 a.m. Monday, the public can start snapping up tickets to his “My Songs” residency at the renovated Strip venue.

Sting opens a 16-show series on May 22, 2020, continuing through Sept. 2. The show presents songs Sting has written over his 40-plus-year career, which started in 1977 with The Police, with his videos and playing across the theater’s updated LED screens.

Sting will perform hits he penned for The Police, which launched in 1977, and also sample from his highly successful solo career, which began in 1985.

The Colosseum is due for an extensive renovation from July through August, and is offering general-admission tickets beginning at $59 (not including fees). Tickets are available at www.ticketmaster.com/stingvegas or at the Colosseum box office.