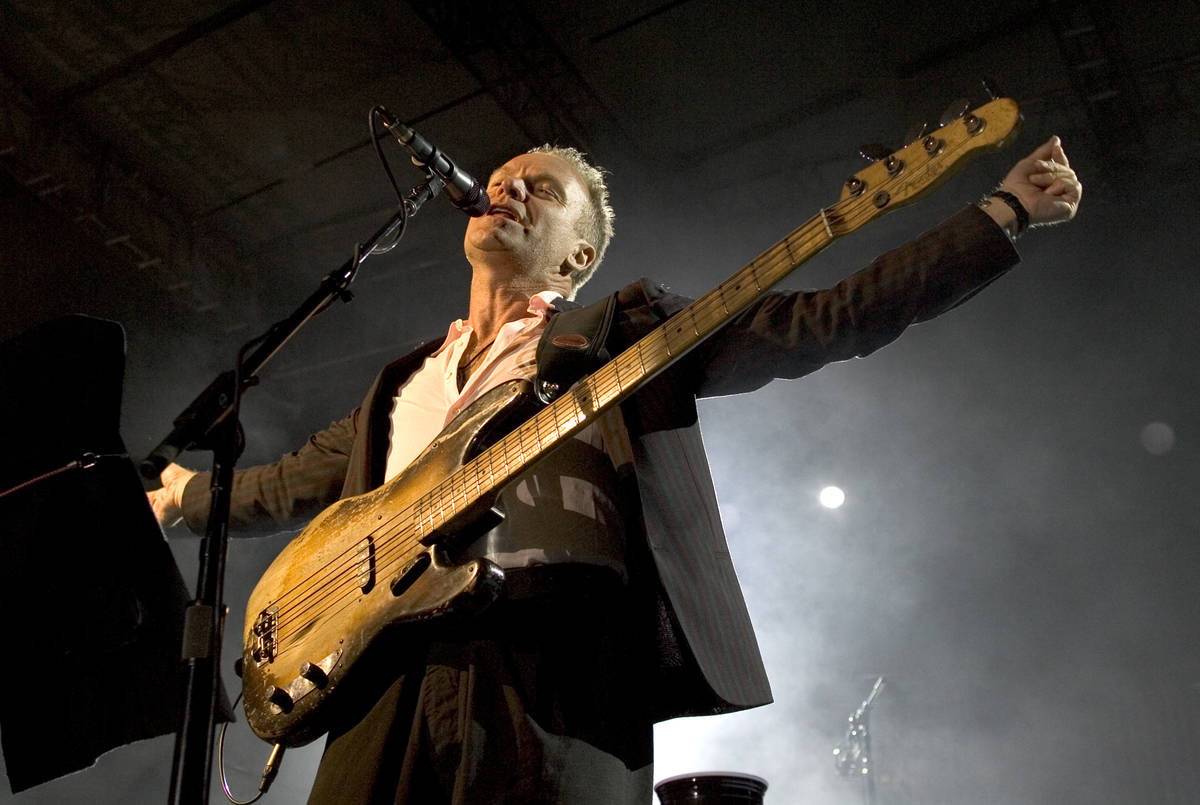 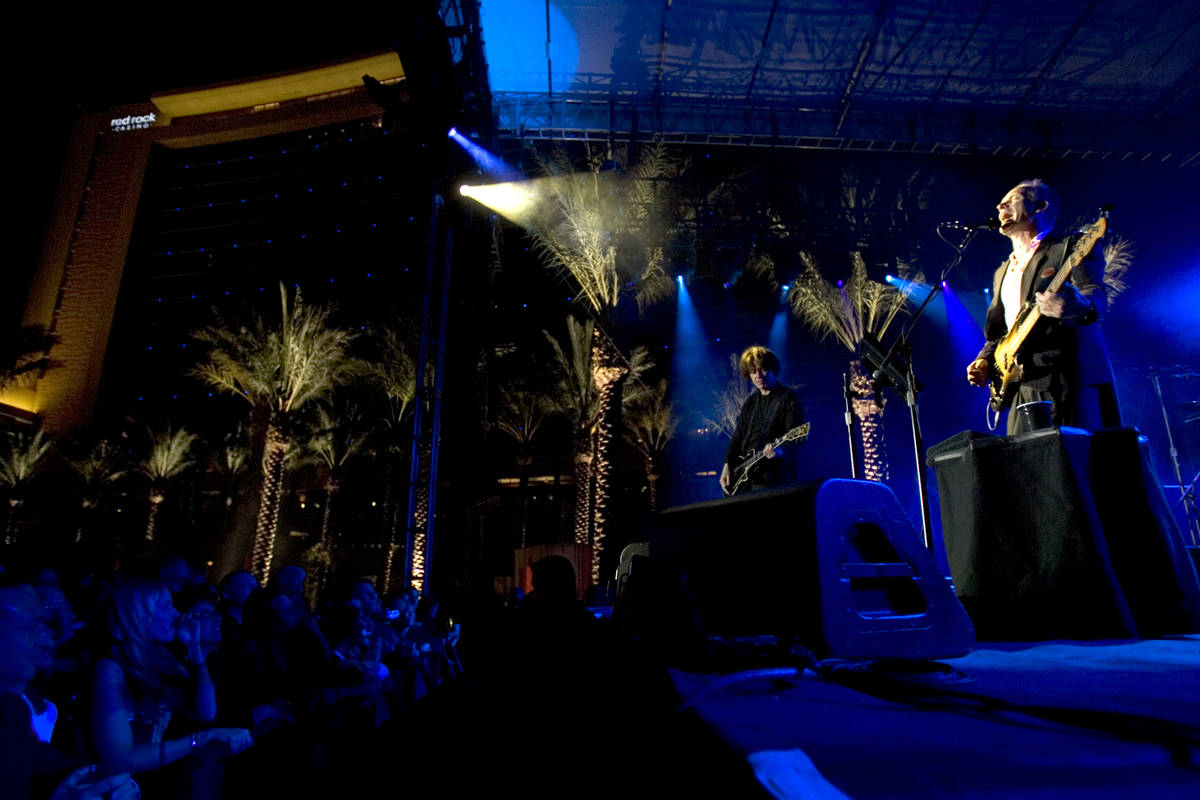 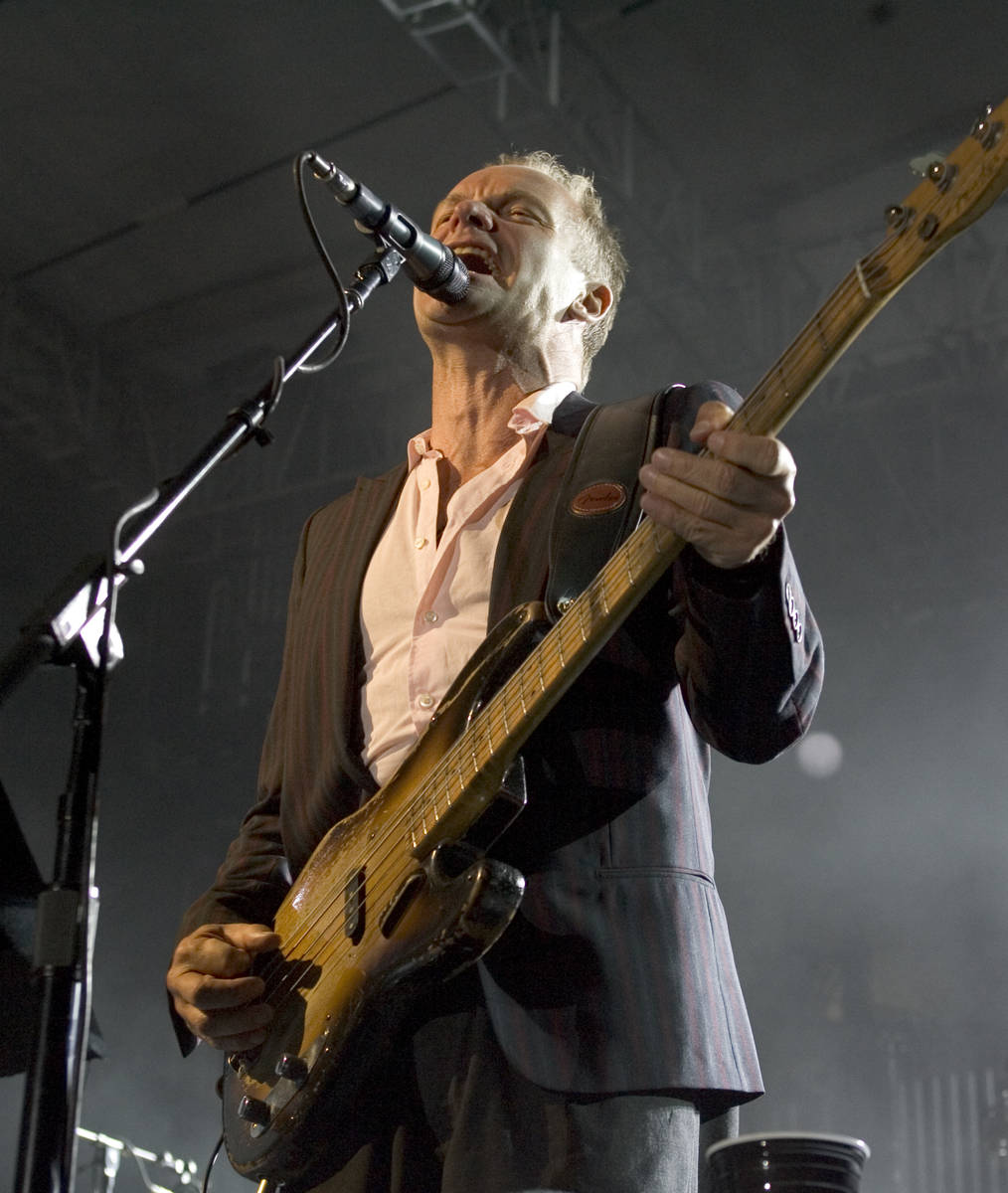 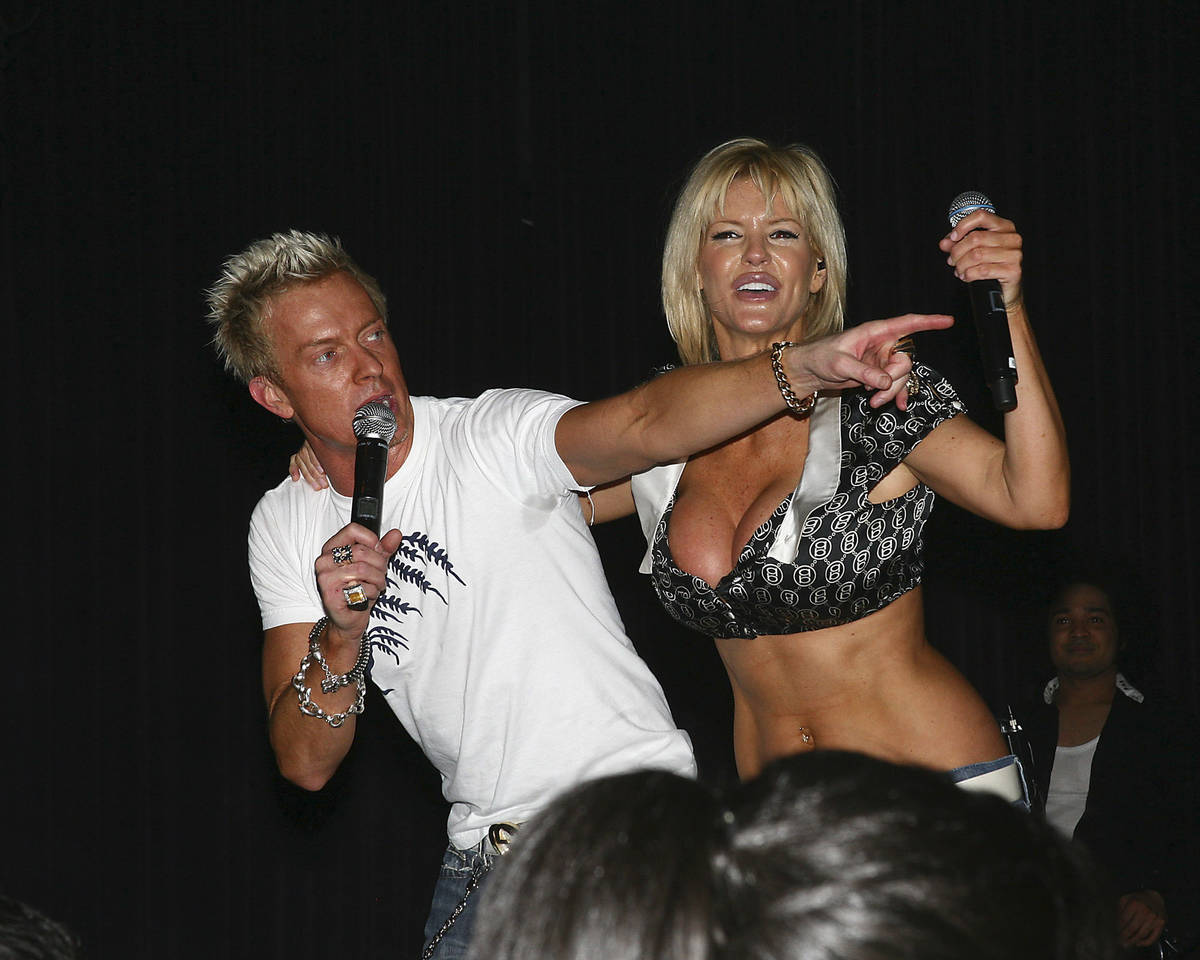 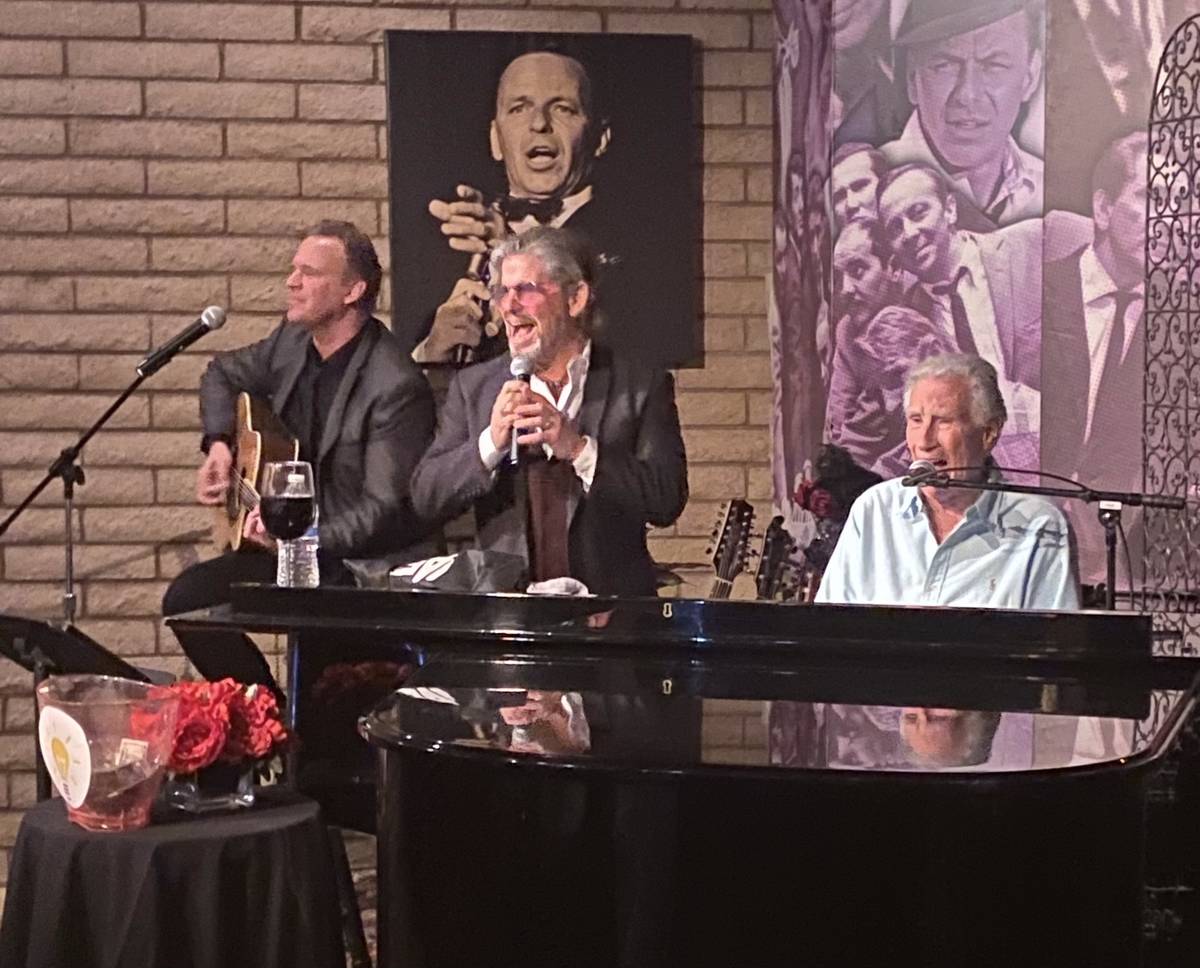 It was more than an elevator ride. It was a trip to the stars.

Sting was on that trek on April 18, 2006, and so was Lori Nelson. The rock superstar and then-PR director of Station Casinos shared this ride to throw open Red Rock Resort.

Sting arrived at the new Red Rock pool deck to an explosive response that night, the crowd fully surprised. He didn’t settle for a three-song set. The founding member of The Police played a full set of solo songs and Police hits. A fireworks show befitting the city’s first billion-dollar locals’ resort capped the night.

Confirming who would be that resort’s first star headliner was something of a parlor game. I’d been guessing The Eagles, Bruce Springsteen, Prince, Billy Joel, Earth Wind & Fire, ZZ Top … even Bananarama, without hitting the mark. Once I did blurt out, “Sting!” and, nothing.

Nelson absorbed these overtures for weeks leading to the opening. How she kept a straight face in the face of this onslaught remains a civic achievement.

“Yes, not leaking out in advance was amazing,” Nelson says. Of that memorable night, she remembers, “It was such a career-defining moment for me to work on a project of that magnitude from the ground up. All other casino openings and expansions I worked on never quite rose to that level of excitement for me.”

But the actual conversation Nelson had with the artist born Gordon Sumner didn’t rise to any level of excitement.

“He asked me how the weather was,” Nelson says. “This wasn’t exactly what I’d fantasized my conversation with Sting would be like, on a closed elevator. But I’ll take it.”

Zowie Bowie, then an an unknown act out of Scottsdale, also debuted in Las Vegas that night, opening Rocks Lounge after Sting’s fireworks. The act’s co-founder Chris Phillips credits Lorenzo Fertitta and Frank Fertitta III, owners of Station Casinos, with taking a chance on him to open the chic lounge.

“I’ve had the great fortune to meet and become friends with some of the most amazing people and entertainers, including some of my childhood idols,” Phillips says of the ensuing 15 years. “Since that opening night, with all the fanfare that went into it, my life changed forever.”

The original Vegas lineup was fronted by Phillips and his then-singing partner Marley Taylor, and has undergone many iterations over the past 15 years.

Phillips has worked consistently (aside from pandemic) ever since that night at Red Rock, mostly on the Fremont Street Experience’s 3rd Street Stage, and also such now-closed venues as The Pub at Monte Carlo and the Lounge at the Palms. The band’s co-vocalists these days are Jaime Lynch and Christina Amato. Phillips is next at Italian American Club on April 22 with his 12-piece band, vintage Vegas fare from one of the city’s best bets.

Life (at Westgate) is a Cabaret

Jen Kramer’s magic show and “Soul of Motown” R&B revue are returning ticketed entertainment to Westgate Cabaret on May 7. Kramer is returning to her 5 p.m. slot, and “Soul” is returning 7:30 p.m. Both shows run Fridays, Saturdays and Sundays. Tickets are on sale 10 a.m. Monday at Ticketmaster.

The hotel is planning to bring back headlining comic George Wallace and Jen Romas’ “Sexxy” revue, but the dates are not confirmed. Barry Manilow’s return to International Theater is being reviewed. He might step back to a Sept. 16 relaunch (on the books now) with dates added over the holidays.

Henry Chang’s Soul In The Machine EDM/live-music band is back at The Portal at Area15 on April 24. Chang also says the band is looking to play some “clubbier sets” in the summer. He’s in the band, and also created the Valryian Steel kinetic-car art at the Area15 entrance. Chang is a multifaceted artist, and there’s really nothing else in Vegas like this live performance.

Rock legend and Righteous Brothers co-founder Bill Medley followed his terrific, unbilled performance Wednesday at Italian American Club with a stop-in with Bucky Heard and John Wedemeyer at Bootlegger Bistro on Friday night. Medley again sang “This Will Be The Last Time,” “You’ve Lost That Lovin’ Feelin’” and “My Babe.” A new-to-Vegas singer to watch for and Sunday night’s IAC headliner, Chris Ruggiero, sang “Cara Mia” by Jay and the Americans.

Raiders owner Mark Davis; Bootlegger co-owners and entertainment icons Lorraine Hunt-Bono and Dennis Bono; IAC manager Benny Spano; and singers Kelly Vohnn, Jennifer Lier and Nikki Logan were among those taking in that late-night scene. Bootlegger presents Heard and Wedemeyer at 10 p.m. Fridays and Saturdays, kicking off what the Bonos hope will be an open-ended hang featuring Vegas singers and musicians.

It’s a very cool hang, thus far. As Spano arrived, Bono actually pulled a table from the back of the dining room and carried it to the front of the stage, mimicking the mobsters’ restaurant arrival scene in “Goodfellas.” In a word, appropriate.

Former Hard Rock Hotel CEO Jody Lake and his wife, Trish, were seated serendipitously across the bar from my Kats! Bureau at One Steakhouse at Virgin Hotels Las Vegas late Thursday. Aside from a quick stop for lunch, it was Lake’s first look at the resort since he attended the send-off party in February 2020.

The couple ordered the Baked Alaska (the rare moment resident bon vivant Johnny O’Donnell is allowed to wield a blowtorch). Afterward, the former HRH exec applauded the resort’s layout, and his trip to the steakhouse.

“The hotel looks nice. They did a nice job re-imagining the resort,” Lake texted afterward. “It was great to see Michael Morton and Johnny. It was was nice to see my valet guys.”

Morton of course is the restaurant’s co-owner, with his brother David. And visit Virgin’s valet crew, which has returned from the HRH era. They are a fun bunch. I trust them with the KatMobile.

Donny Osmond is posting about his upcoming residency production at Harrah’s Showroom. We anticipate music from his new album. Also count on some classic videotaped TV appearances.

Osmond has all of his appearances on “The Andy Williams Show,” including his debut in 1964, at age 5, when he and the Osmond Brothers sang the Lee Morse classic, “Yes, Sir! That’s My Baby!”

Osmond has secured permission from Bobby Williams, the late Andy Williams’ son, to use those videos in his stage show.

Because of high ticket demand (and we demand tickets, I tell you!) “Fantasy” at Luxor has added 8 p.m. shows in addition to its 10:30 p.m. performances. The double-show nights at Luxor Theater are this weekend, and also May 17-22 and on May 31. “Fantasy” had already added a second show each Sunday.

For a time, the cast (led by the indefatigable associate producer Mariah Rivera), was posting routinely about being eager to get back onstage. And here we are.

Aid for AIDS of Nevada officials are in talks to return the annual event to an in-person format, hopefully in September. The fundraising party was most recently held at the Joint at the Hard Rock Hotel in August 2019. A relaunch at Virgin Hotels would make perfect sense.

“Naturally, Virgin would be high on the list because we’ve had such great experiences when the property was the Hard Rock, going back almost 25 years,” AFAN President Glenn Alai says.

AFAN staged its annual Aids Walk in a virtual format last weekend, and held it’s post-event party at the inspired “Faaabulous” drag show at Notoriety at Neonopolis on Friday night. You can still still support the walk everything AFAN at afanlv.org.

Hearing more frequent buzz about Resorts World Las Vegas’ plans for a soft opening the last week of June. Like, a VIP party and everything. That does fit hotel brass’ continued insistence on a “summer” opening, with a full-attendance event to launch the resort.