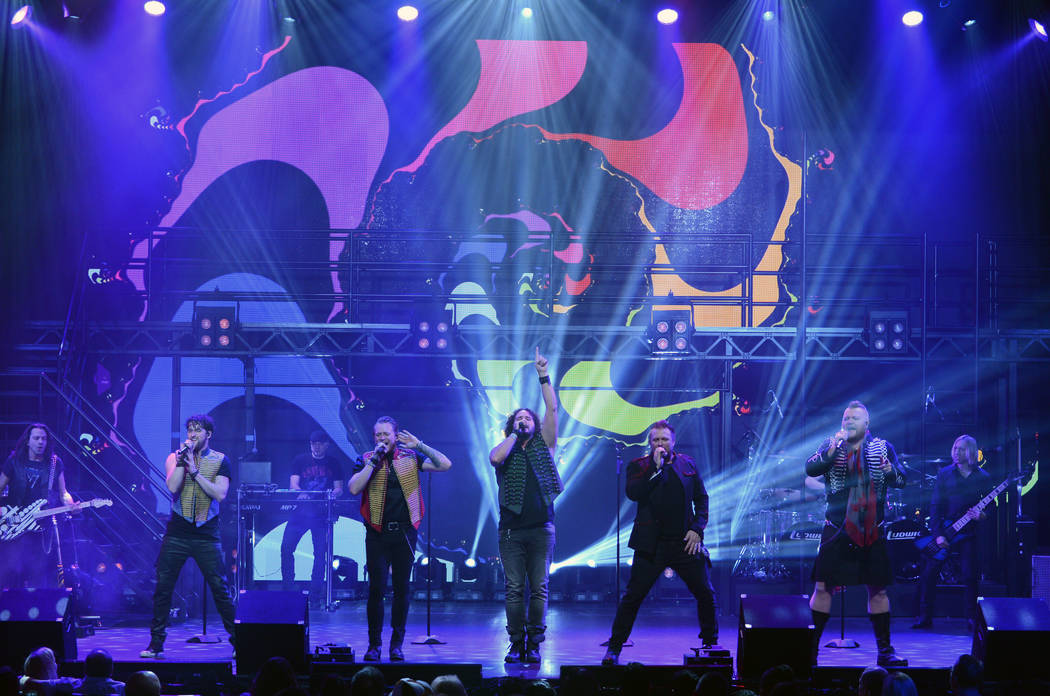 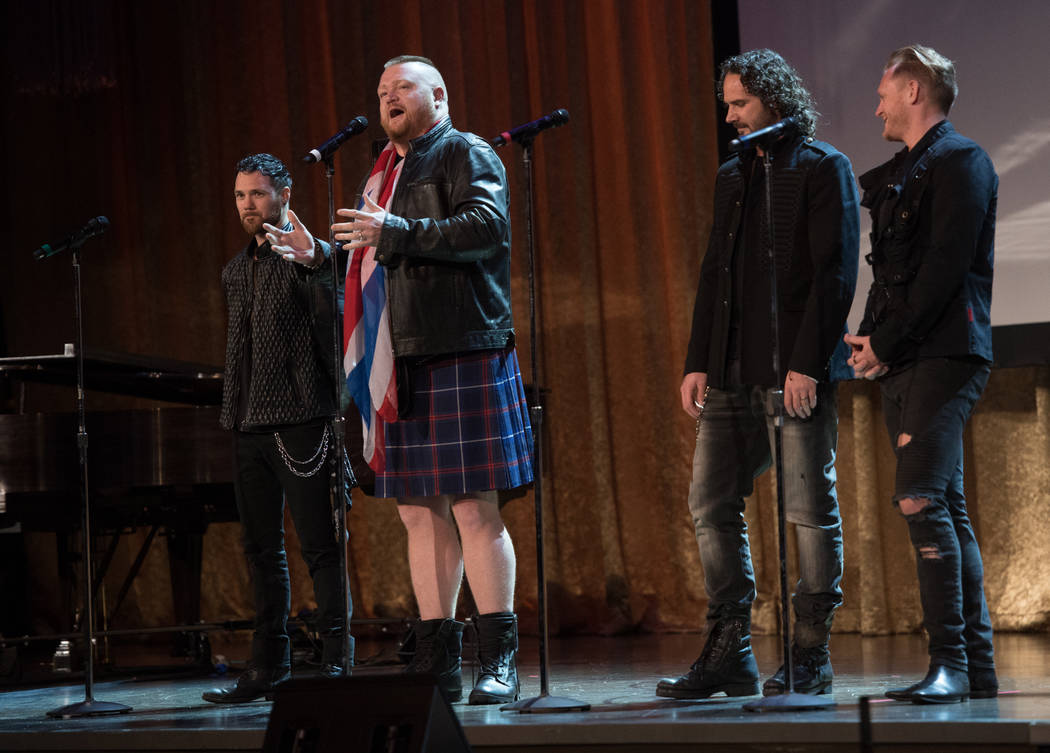 Members of Tenors of Rock of Harrah's Showroom are shown onstage during Robin Leach's celebration of life at Palazzo Theater on Friday, Sept. 28, 2018. (Tom Donoghue)

The Tenors are making way for the King.

The powerhouse, classic-rock vocal quartet Tenors of Rock are leaving Harrah’s Showroom, show producer Seth Yudof of UD Factory confirmed on Thursday. No closing date is set for Tenors (an educated assessment is March), but Yudof says the production has been seeking a new venue and plans to reopen elsewhere.

He says the show has been looking for a new room for a few months, trying to “broaden our demographic” while holding its loyal fan base.

The Las Vegas-based producer, who is also looking to revive “I Love the 90s — The Las Vegas Show,” which closed this month at Paris Theater, adds that the Tenors have been looking for a new room for a few months. The show had hoped to the changes to the production and new venue would in place by the time the act returned from its recent run at Caesars Bluewaters Dubai.

The production reportedly moving into Harrah’s is “Heartbreak Hotel” which played Chicago’s Broadway Playhouse Place from June 30-Sept. 9. As the title indicates, the musical and is centered on Elvis Presley and serves as the prequel to “Million Dollar Quartet,” which also played Harrah’s from February 2013 to December 2016. The tie-in is “Heartbreak” was developed by the same creative team as “MDQ.”

We must qualify, hotel officials are not confirming that “Heartbreak” is moving in, though sources familiar with the deal say it is a go. It is certain space is being made for a new 8 p.m. show as the Tenors move out. I’d bet on the show opening this spring.

The showroom’s anchor, the Righteous Brothers, continue to rock on at 6 p.m. Pete “Big Elvis” Vallee, who performs his no-cover afternoon shows at the hotel’s Piano Bar, should remain in place, too, as he performed throughout the entire run of “MDQ.”

In something of an “America’s Got Talent” reunion, former contestant Puddles Pity Party brought 2015 champ and Linq Hotel headliner Mat Franco to the stage at his opener at Cleopatra’s Barge at Caesars Palace on Thursday night. The star magician played air drums as towering clown/vocalist sang the Styx classic, “Come Sail Away.” An unidentified audience member joined on Puddles’ cardboard guitar.

“I missed a couple of cymbals, but otherwise it was good,” Franco said as he returned to his seat. The crowd, laden with “AGT” fans, loved it.

“The Cocktail Cabaret” is holed up in the Limbo Showroom for the time being. The production closed at the end of December after an off-and-on, one-year residency at Cleopatra’s Barge. Co-creator Keith Thompson is a potential producer who could take over financing of the show. The PK Entertainment (Thompson and his creative/business partner, piano great Philip Fortenberry) would continue as the creative team. Thompson is optimistic he can bring the show back by the end of this month or in early February.

John Katsilometes’ column runs daily in the A section. His PodKats podcast can be found at reviewjournal.com/podcasts.Contact him at jkatsilometes@reviewjournal.com. Follow @johnnykats on Twitter,@JohnnyKats1on Instagram.