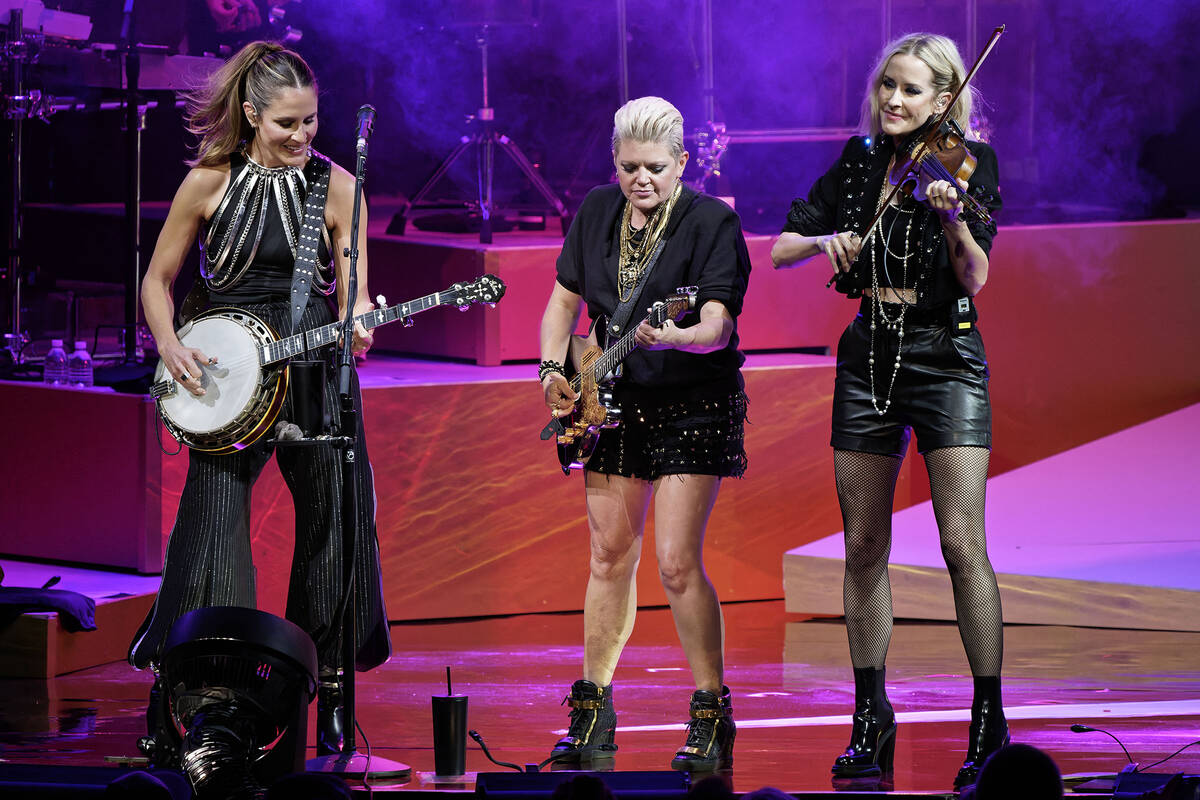 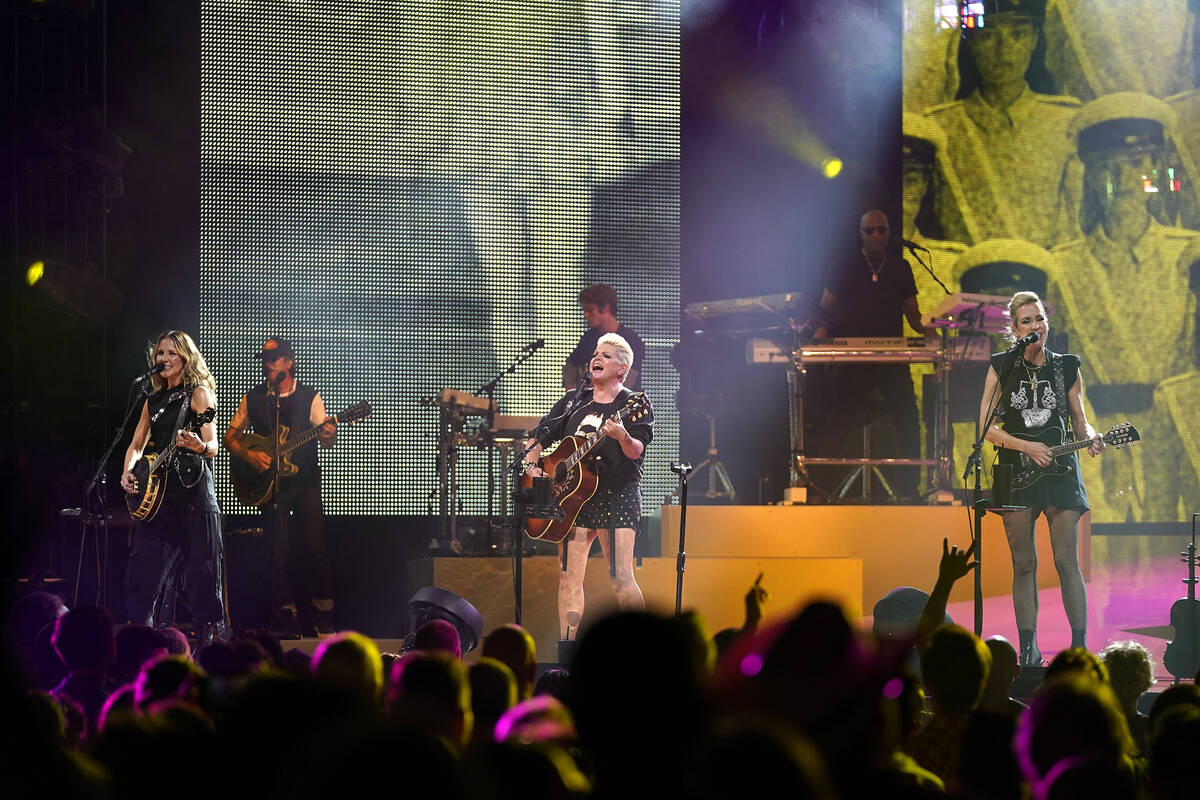 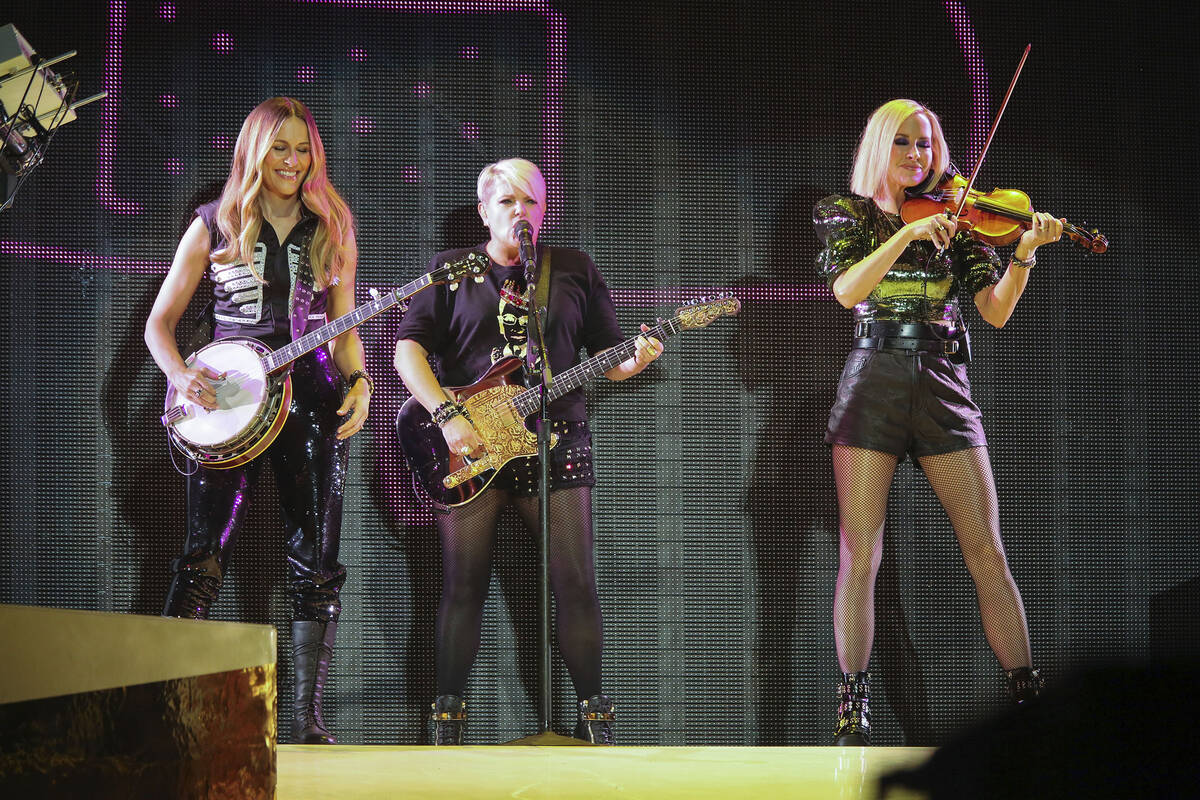 We knew them for decades as Dixie Chicks. Under a new name but with its same founding triumvirate, The Chicks are playing their first extended series in Las Vegas.

This is their first performance in Las Vegas since playing T-Mobile Arena in July 2016. The Chicks’ booking at Zappos Theater is slotted into Miranda Lambert’s schedule at the venue. Their 2020 North America tour plans were pushed back because of the pandemic.

“Finally getting to play live in 2022 left us hungry to continue our tour. After so many years without new music, last year felt like a long time coming,” The Chicks said in a statement. “We hope our fans are ready for more in 2023 because we are not done! There is a lot more to come this year and we are excited to get it all started in Las Vegas at the Zappos Theater this Spring.”

The Chicks dropped “Dixie” from their name in June 2020 when they released the single, “March March,” from their latest album, “Gaslighter.” The LP was their first release in 14 years. The move to cut “Dixie” from the name was evidently to eliminate the connection to the Civil War-era South, though no formal announcement was made as to why.

The name change was enacted the same month superstar act Lady Antebellum switched to Lady A. The band also sought to distance itself from a term that many fans felt romanticised the slaver era.

The video for “March March” arrived ahead of the new album. The clip is filled with images of protests for women’s rights, Black Lives matter, gay rights and environmental issues.

In announcing the single, the band said, “We want to meet this moment.” The Chicks also sang the national anthem at the 2020 Democratic National Convention.

The band has not shied from expressing its opinions, musically or publicly. In 2003, Maines ignited created international controversy by criticizing President George W. Bush on the eve of the Iraq war. Country radio stations swiftly began dropping the band’s music.

Regardless, the Chicks are the top-selling U.S. all-female band ever, since breaking with “Wide Open Spaces” in 1998. They have sold 33 million albums in the United States, according to the Recording Industry Association of America. The Chicks have won 13 Grammys, including album of the year for the 2006 blockbuster “Taking the Long Way.”

As a live act, the Chicks have exceeded $100 million in ticket sales, a valuable quality in Las Vegas’ competitive live-entertainment market. The have reached beyond their country roots, collaborating on “Daddy Lessons” with Beyoncé at the 50th Anniversary of the Country Music Association Awards in 2016 (releasing the single the next day). They also appeared on Taylor Swift’s “Soon You’ll Get Better,” off her 2019 album, “Lover.”

As part of Las Vegas lore, the then-Dixie Chicks once headlined Palace Grand at Arizona Charlie’s Decatur in 1993, and Railhead at Boulder Station five years later. This was so long ago it predates Cool Hang Alert, but The Chicks were just that.

The lavish production at the Wynn is being taken down for two weeks beginning Jan. 15. A two-week performance pause this early in a show’s run (“Awakening” opened Nov. 7) usually means a healthy review and tweaking to the production.

Producers have invested ample work, ingenuity and resources in this show, some $120 million to replace “Le Reve.” The show’s marketing has been extensive.

We’re still bullish on “Awakening,” remembering all of the early work on “Le Reve” before it could, you know, tread water. “Awakening” is in far better condition than its predecessor was at this stage. See you again in February.

Rock-cover band Original Chaos takes over Barbershop Cuts & Cocktails from 10 p.m.-1 a.m. Friday. The space is presented as, “A setting that feels like your grandfather’s barber shop with a twist.” The twisted setting Friday is Foo Fighters, Aerosmith, Black Sabbath and more classic rockers.