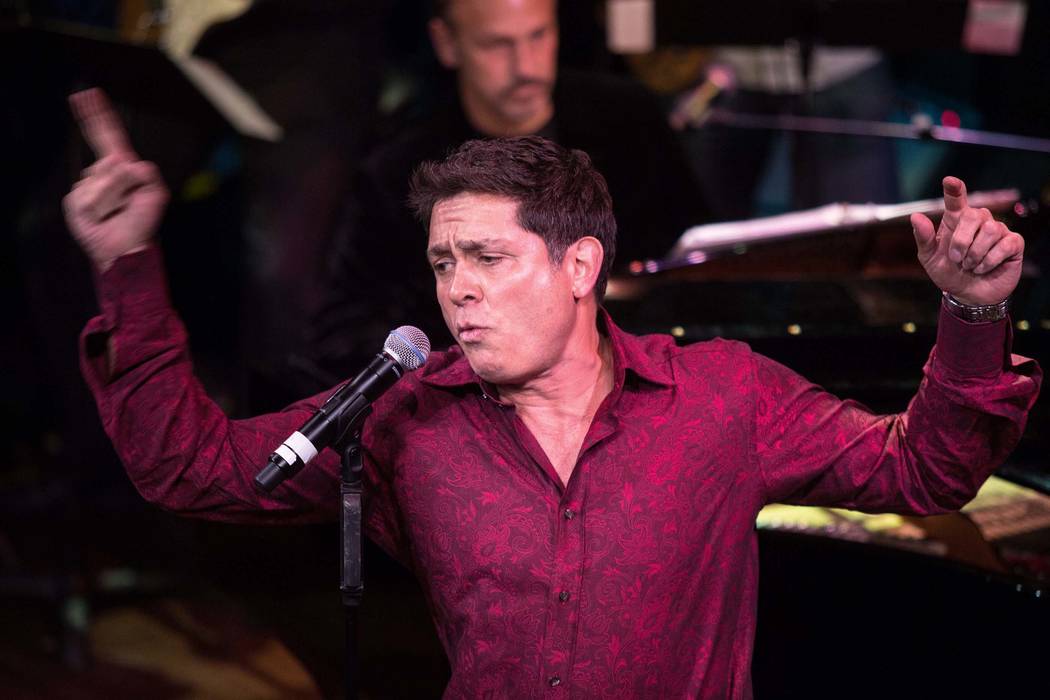 Keith Thompson performs during the Composers Showcase of Las Vegas at Cabaret Jazz inside The Smith Center on Wednesday, Feb. 6, 2013. (Review-Journal file photo) 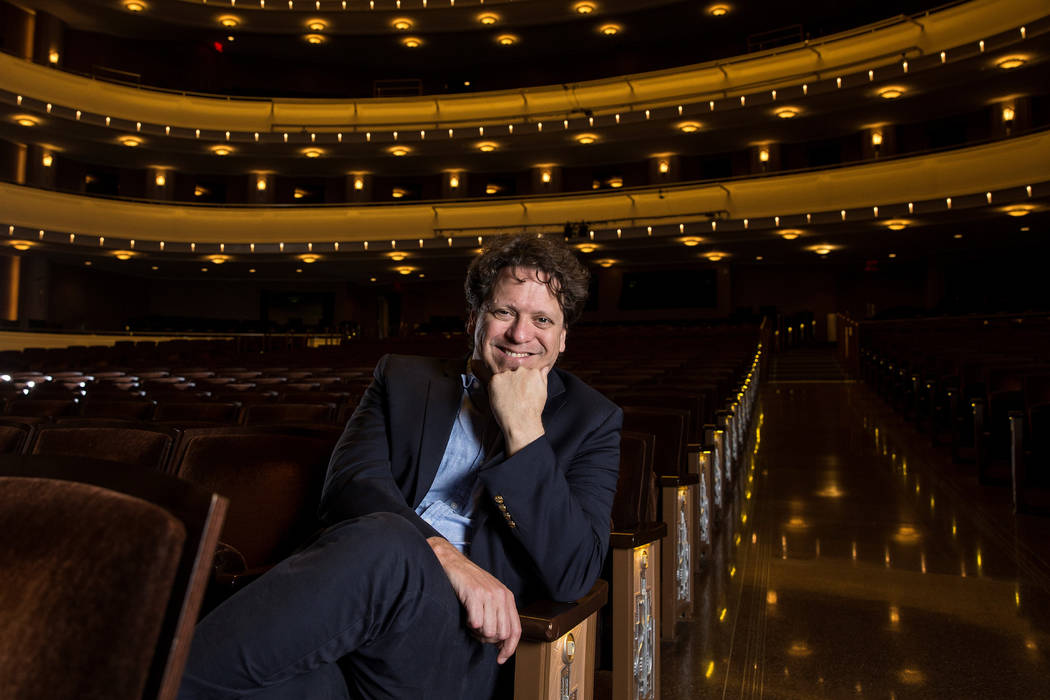 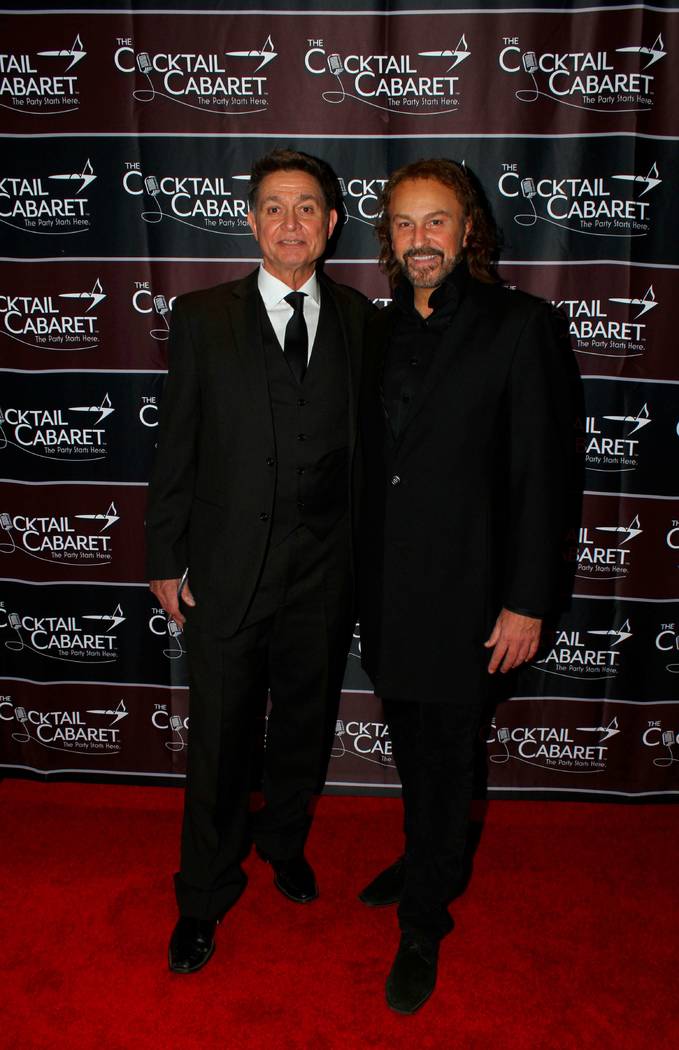 Philip Fortenberry and Keith Thompson are shown at the opening of "The Cocktail Cabaret" at Caesars Palace on Dec. 17, 2017. (Ira Kuzma) 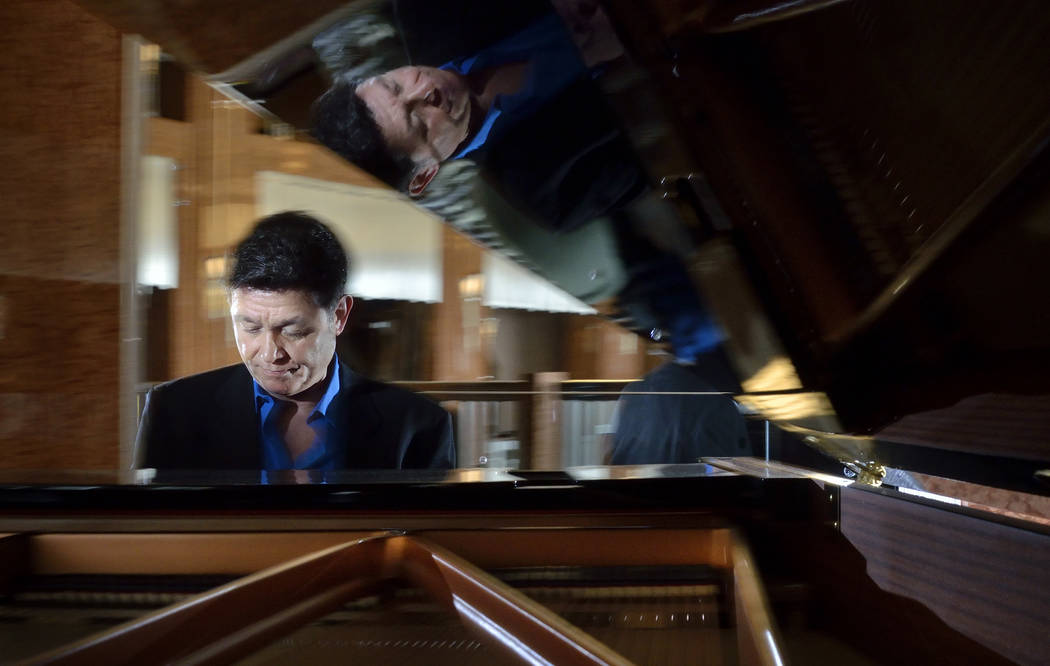 Keith Thompson, “Jersey Boys” conductor and co-composer of “Idaho! The Comedy Musical” is reflected in the lid of a piano at the Smith Center for the Performing Arts at 361 Symphony Park Ave. in Las Vegas on Friday, May 6, 2016. (Review-Journal file photo)

If you had told anyone at the The Composers Showcase of Las Vegas’ first performance at Suede Restaurant that the show would one day be celebrated at Reynolds Hall, the response would have been, “What’s Reynolds Hall?”

The little cabaret show opened in May 2006 at a restaurant that is now closed, just a few doors down from Double Down Saloon at a well-known strip mall on Paradise Road. At that time, the Smith Center and Reynolds Hall existed only on blueprints.

Since those early days, The Composers Showcase has continued to blossom, bouncing around from Suede to Liberace Museum, Creative Studios, Garfield’s at the Lake at Desert Shore and finally Myron’s Cabaret Jazz at the Smith Center.

TCS, as it has become known, has been at Cab Jazz since it opened in March 2012. At 7:30 p.m. Saturday, the celebration of original music created by Las Vegas artists moves to Smith Center’s Reynolds Hall, the result of a creative kinship between TCS co-founder Keith Thompson and Las Vegas Philharmonic music director Donato Cabrera.

Remembering the days at Suede, Thompson says, “We had a mic, an out-of-tune piano, a broken piano stool with a phone book to sit on. The idea of moving this thing to a concert hall would have been unheard of.”

Yet, here we are, and Saturday’s show is loaded. The performance will feature an appearance by Las Vegas native, UNLV grad and celebrated trumpet master Kenny Rampton, along with a host of well-known Vegas artists.

Splitting from the all-originals template that has been used for 13 years, the orchestra will perform music suites paying tribute to Duke Ellington, Elvis and Sammy Davis Jr. to stitch together the original works.

“We have only discovered the tip of the iceberg for talent in Las Vegas,” says Cabrera, who attended his first Composers Showcase performance four years ago. “We definitely want to this to continue.”

That’s fine with Thompson, who has hosted every TCS performance in its 13-year history.

“I have often asked if we could have a yearly “best-of” Composers Showcase performance at Reynolds Hall,” Thompson says. “We’re getting to that point now. This show really was Donato’s brainchild, to bring what we do at The Composers Showcase into a Philharmonic pops concert.”

Smith Center President Myron Martin says, “First, bravo to the Philharmonic to move out of its comfort zone a bit and reach a new audience. It’s great for the Composers Showcase that Las Vegas artists get to hear their music performed by a full orchestra. And we’ve always been very proud of our relationship with The Composers Showcase, which has always been a great way for us to reach composers and artists all across Las Vegas.

“If there is such a thing as a win-win-win situation, this is it.”

‘Legend’ in the house

John Stuart, who founded “Legends in Concert,” was a VIP invitee to three legends in concert Sunday at the Colosseum at Caesars Palace: Steve Martin, Martin Short and Paul Shaffer.

Martin was especially interested in Stuart’s presence, making sure after the show to pull him aside and visit for several minutes. “I’ve known John for about 55 years,” Martin said as he met up with Stuart.

The two worked together at Bird Cage Theater at Knott’s Berry Farm in Buena Park, California, when both were teenagers. They performed five shows per day for audiences ranging from a half-dozen to 200. To combat stage fatigue, the two pulled pranks on each other. One night, Stuart slipped a water balloon down Martin’s baggy magician pants just as he walked onstage.

“The balloon rested safely in his crotch,” Stuart once said in an interview with the Baltimore Sun. “He went on and did the show. He had no choice.”

Emily Simpson’s return to “Sexxy” at Westgate Las Vegas on Saturday night was not tied to any return of the adult review to “Real Housewives of Orange County.” Simpson and her husband, Shane Simpson, took in the show last-minute with friends. Simpson was in town to attend the Las Vegas Wine and Food Festival at Tivoli Village. “RHOC” featured “Sexxy” and show creator, producer and star Jen Romas on Sept. 17, when Romas memorably coached Simpson through a number in the show.