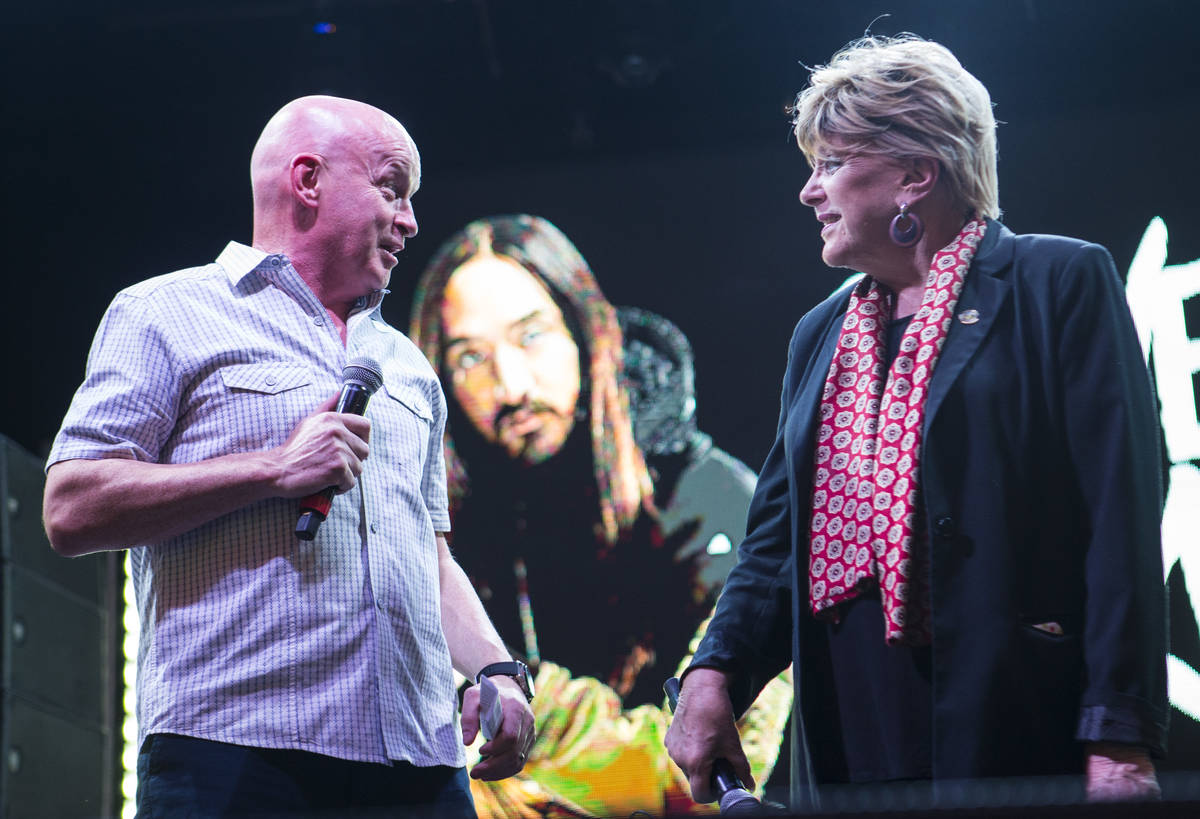 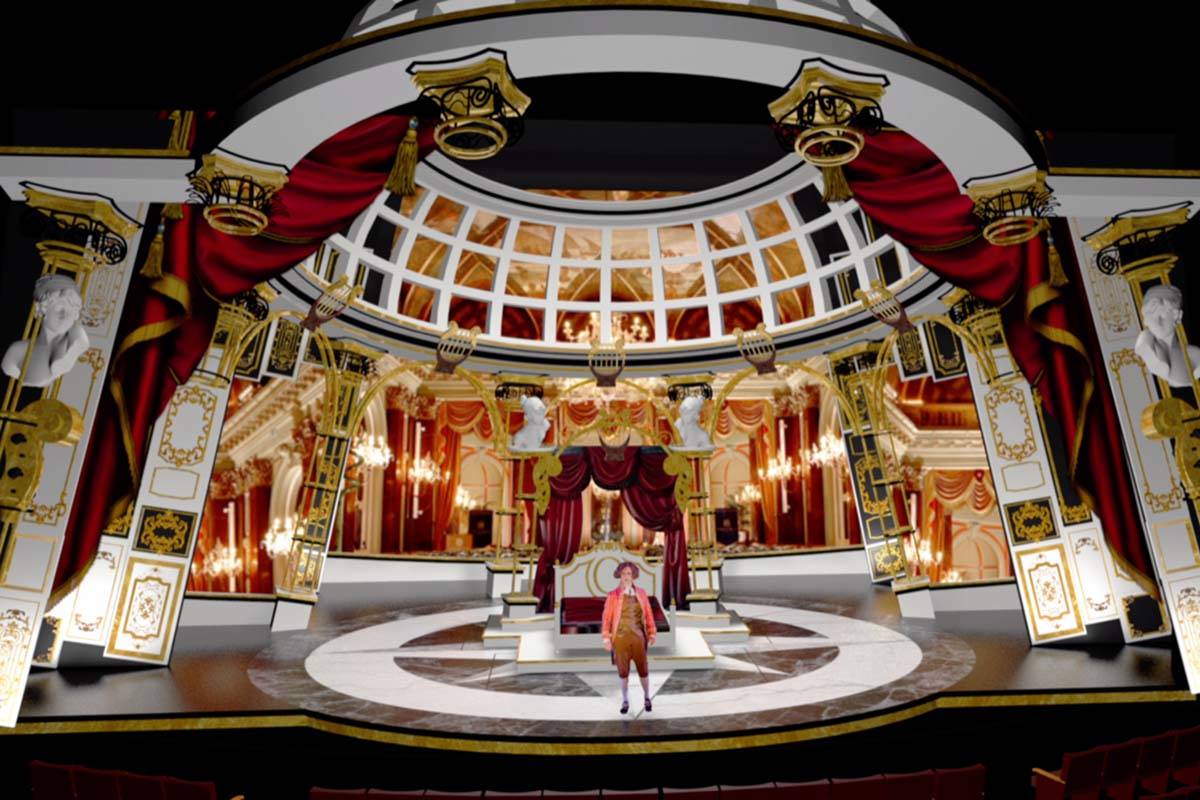 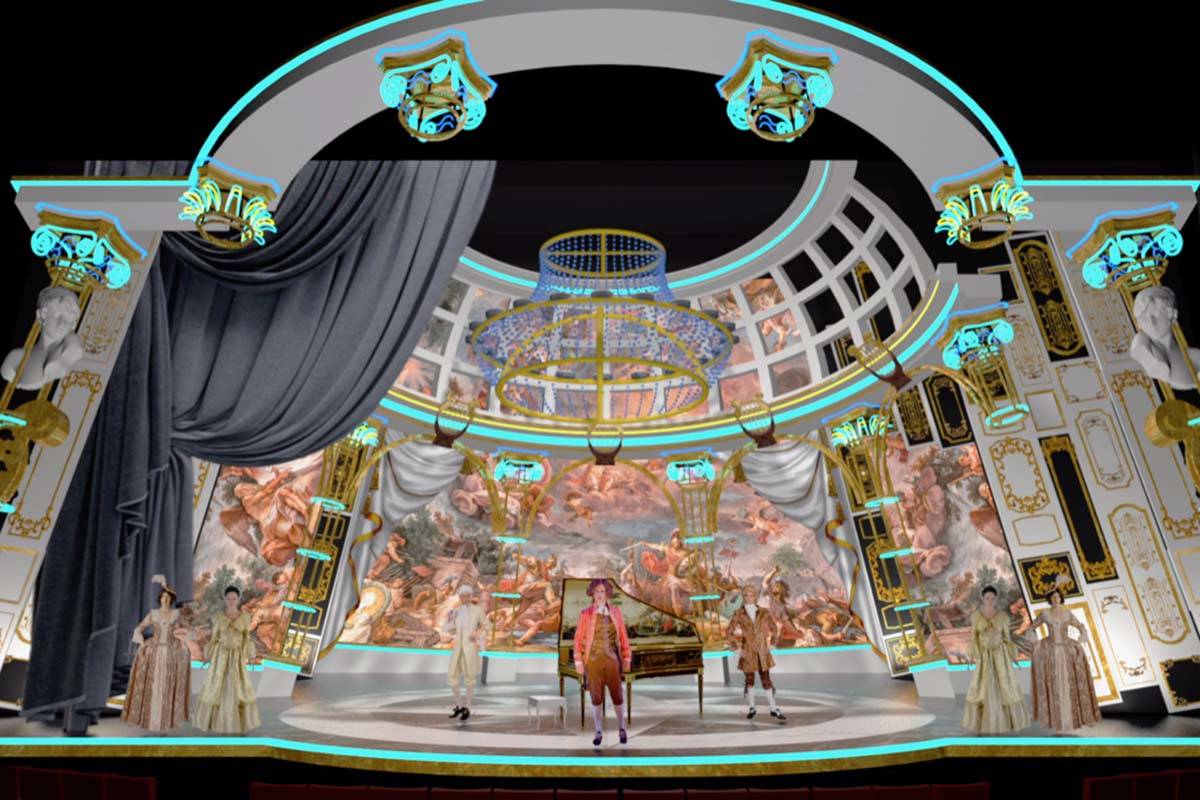 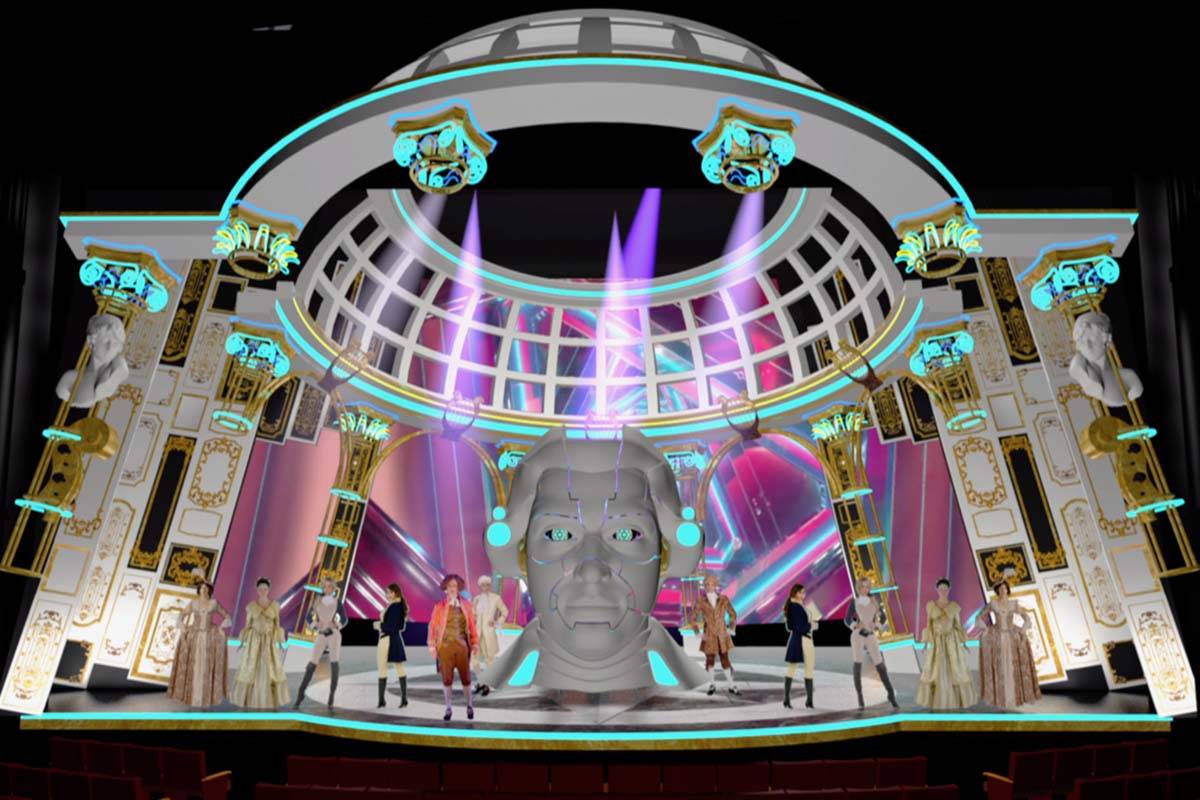 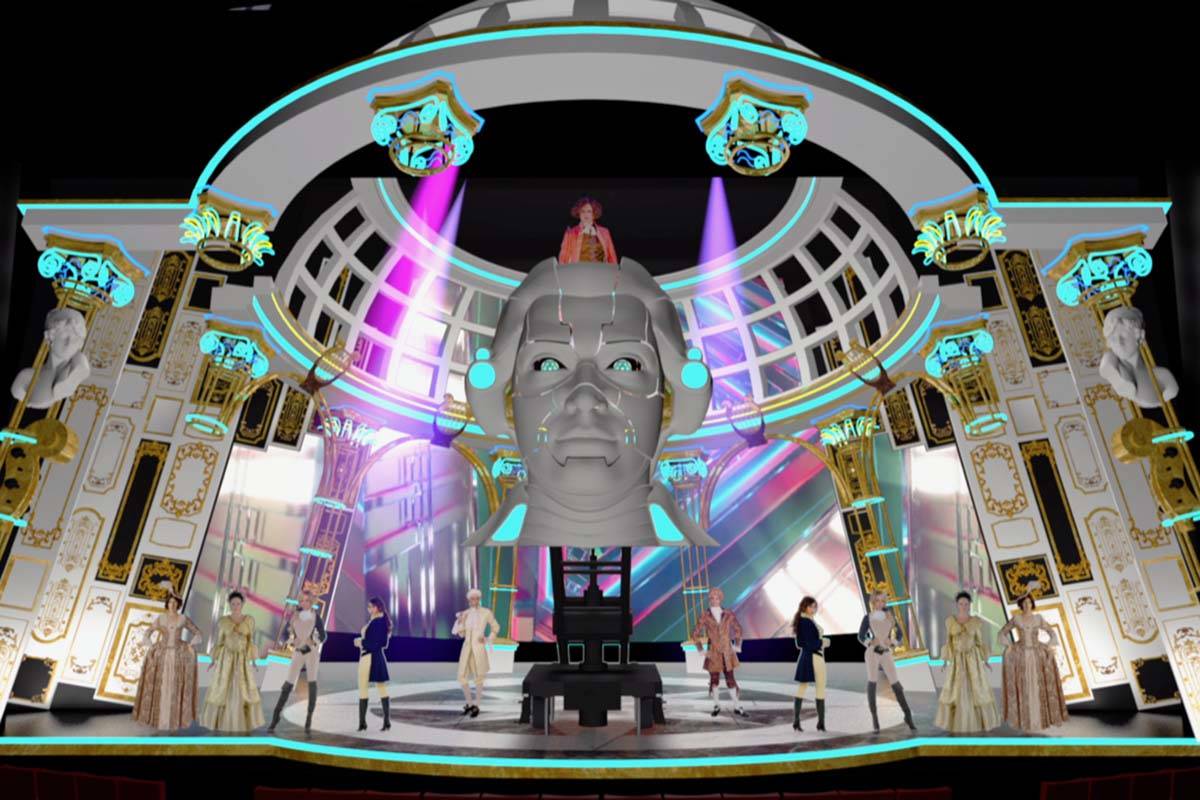 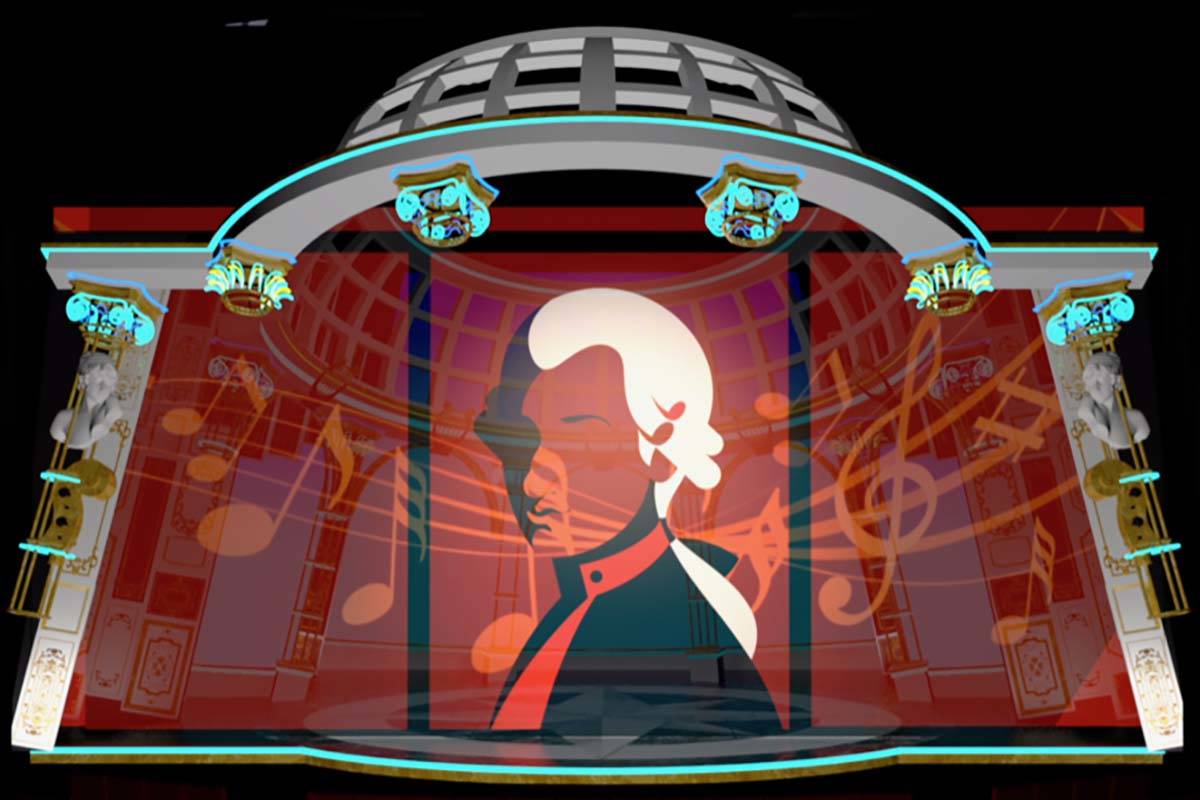 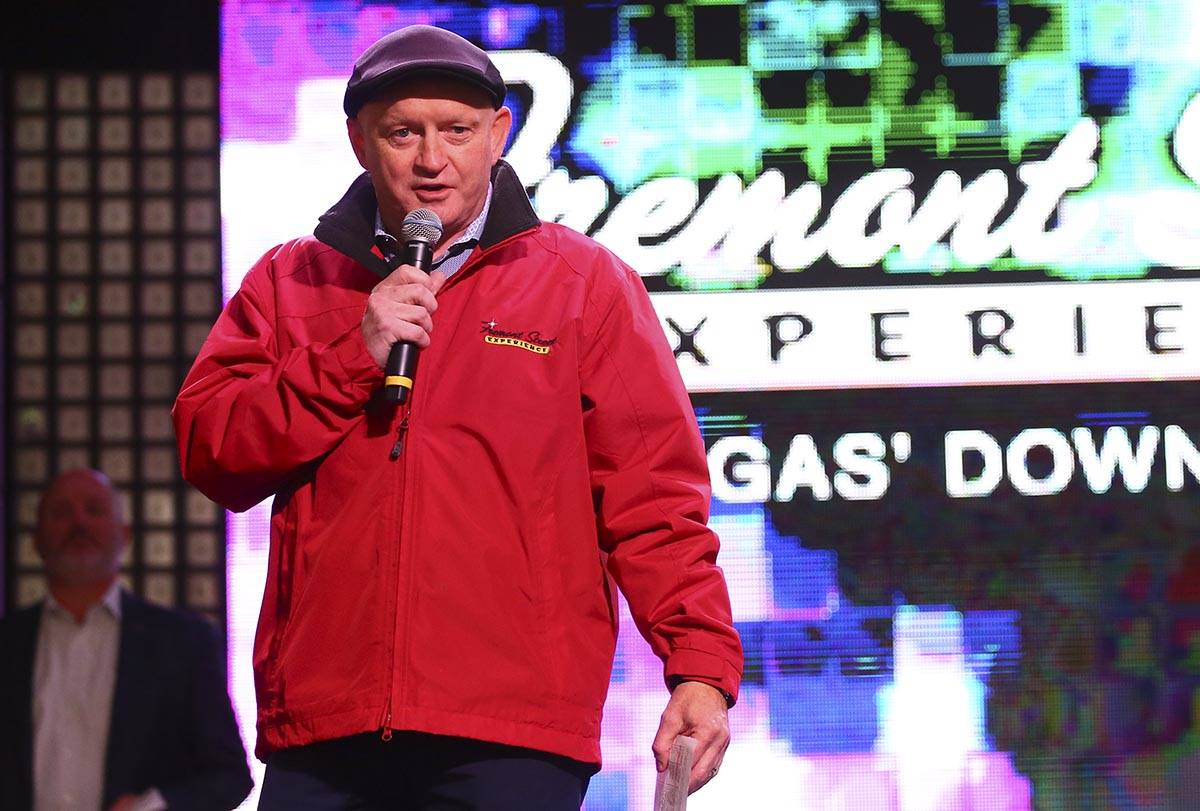 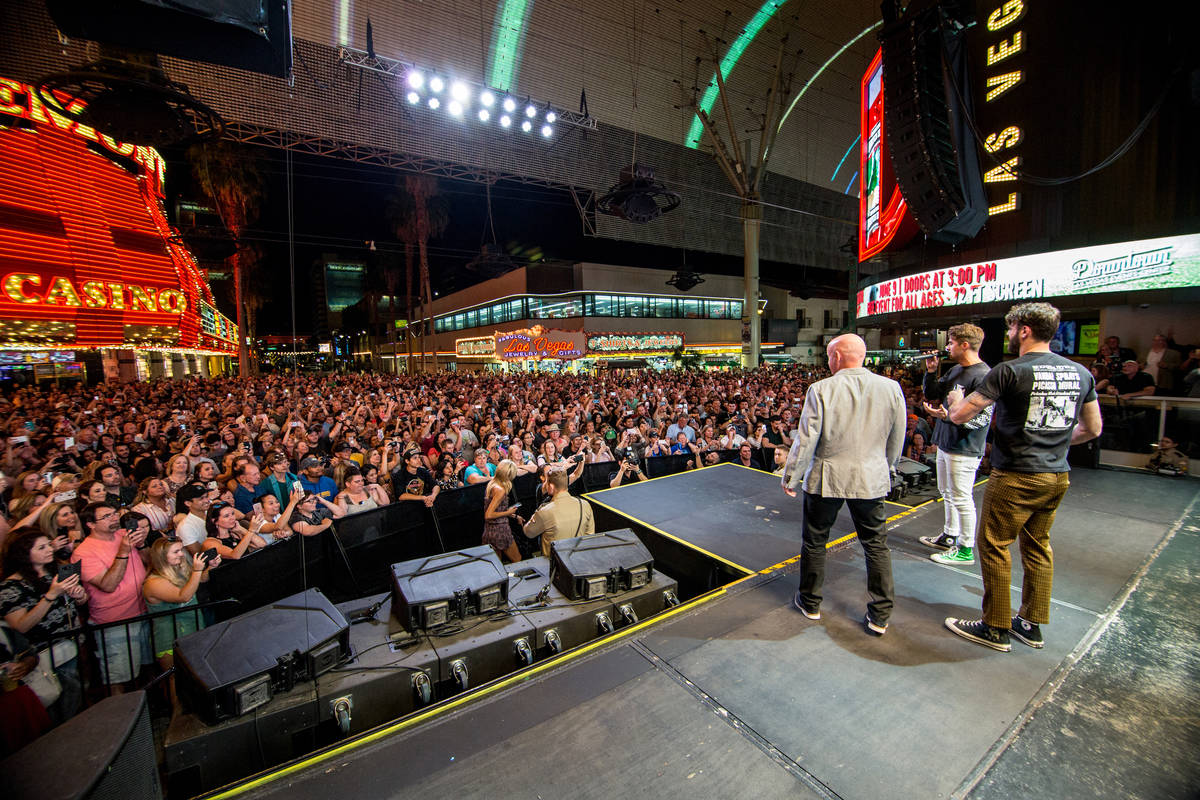 “The Downtown Vegas Reality Show” finished filming in November, pre-COVID shutdown, and is being shopped to suitors.

“It’s a tongue-in-cheek, certainly humorous, slapstick-style kind of thing,” outgoing Fremont Street Experience President and CEO Patrick Hughes said during last week’s episode of “PodKats!” “We have nine episodes shot and edited. Right now, we have an industry-renowned sales agent doing the rounds with broadcasters to get someone to acquire the distribution rights.”

As Hughes says, “Hulu, Netflix and Comedy Central are all in discussions that are happening, right now. I would love to see it be aired, because it is hilarious, local entertainers are scattered throughout the series, and it promotes the city.”

The series is also in an advnatageous, and unplanned, position as content that has not aired but is already produced.

“The fact that this show has already been filmed and produced, before COVID, should work in our favor,” Hughes says.

Hughes said the show should garner support from the LVCVA, for its civic promotion. But it’s unlikely Hughes will be in his current post at FSE when the series airs, whatever the platform. He’s leaving FSE in October, heading to Ireland to spend some time with family before returning to review options in Las Vegas.

Hughes laughed at the suggestion “The Downtown Vegas Reality Show” would be his FSE after four years with the company.

“My head on a screen?” he said. “People are going to come back and say, ‘Where’s that guy been?’ But I’ll be back, absolutely … I can’t ignore this place. It’s been so good to me.”

Scenic designer to the stars Andy Walmsley is working his mastery on “Steve Aoki Mozart 2 – A New Musical.” The production headed up by the superstar DJ is working toward two January shows at Carnegie Hall’s Frankel Hall.

Walmsley won an Emmy for his work on “American Idol,” and also developed the stage for “Who Wants to Be a Millionaire.” His vision is felt at several Las Vegas Strip productions, including “RuPaul’s Drag Race Live!” Terry Fator’s show at the Mirage, and Human Nature at the Venetian.

Walmsley has also designed the set for Nick Cannon’s daytime talk show. The syndicated, daily program was scheduled to premiere this fall but was pushed back to 2021 after Cannon’s anti-Semitic remarks on his “Cannon’s Class” podcast in July. The show was to be rare in that it was staged with a studio audience during COVID-19.

Finally made it to Bugsy & Meyer’s at Flamingo over the weekend. The new steakhouse faces the hotel’s Wildlife Habitat, in the space formerly occupied Center Cut steak house, the Pizza Joint grab-and-run pizza place and the high roller Diamond Lounge.

The title of the place makes obvious its intended vibe. We are going back to the Vegas mob origins of Bugsy Siegel and Meyer Lansky. This is the second Siegel-fashioned restaurant in town, along with Siegel’s 1941 at El Cortez. The walk-in “bakery,” actually a takeout-sweets spot, is a fun walk-in. You get to wave at, and snap pics of, the kitchen staff through the glass as you enter the main dining room.

Food? Remarkable. I had not wanted a steak when I walked in but the dry-aged, bone-in ribeye was so good I nearly ate it with my bare hands. The lobster mac and cheese is already a customer favorite. The versatility offered by Chef Lamar Moore (champion of Food Network’s “Vegas Prizefight”) is a deal-maker. A full Vegan menu was added after a half-dozen guest asked for those options. A dozen candy confections from the faux bakery are offered, to go, with the regular dessert listing.

All that said, GM Jonathan Pacheco’s restaurant is very much a venue in progress. The place has abundant potential. The speakeasy and open lounge — closed now, for COVID bar restrictions — would be terrific spots for solo singers or duets. The original plan has been to provide entertainment in the lounge; the speakeasy could also be redesigned for a singer.

If you’re enforcing a mob-era environment, hire an ambient act from the period to fill the out the scene. Stitch fedoras into the face covers.

The hotel is being extra-cautious during the pandemic. Understandable. But an inventive approach could put the mob-styled restaurant in line with such similarly fashioned venues as Mayfair Supper Club at Bellagio and Rose. Rabbit. Lie. at Cosmopolitan. The Vegas Room and Revelré at The Sand Dollar Lounge, even with space restrictions, have also managed to pair dining and live entertainment.

Word is that David Perrico’s Pop Retro band had been booked at the new supper club for Fridays and Saturdays, pre-COVID. I expect the concept will be reviewed at Bugsy & Meyer’s place, linint up with safety requirements. But already, it’s a cool hang.