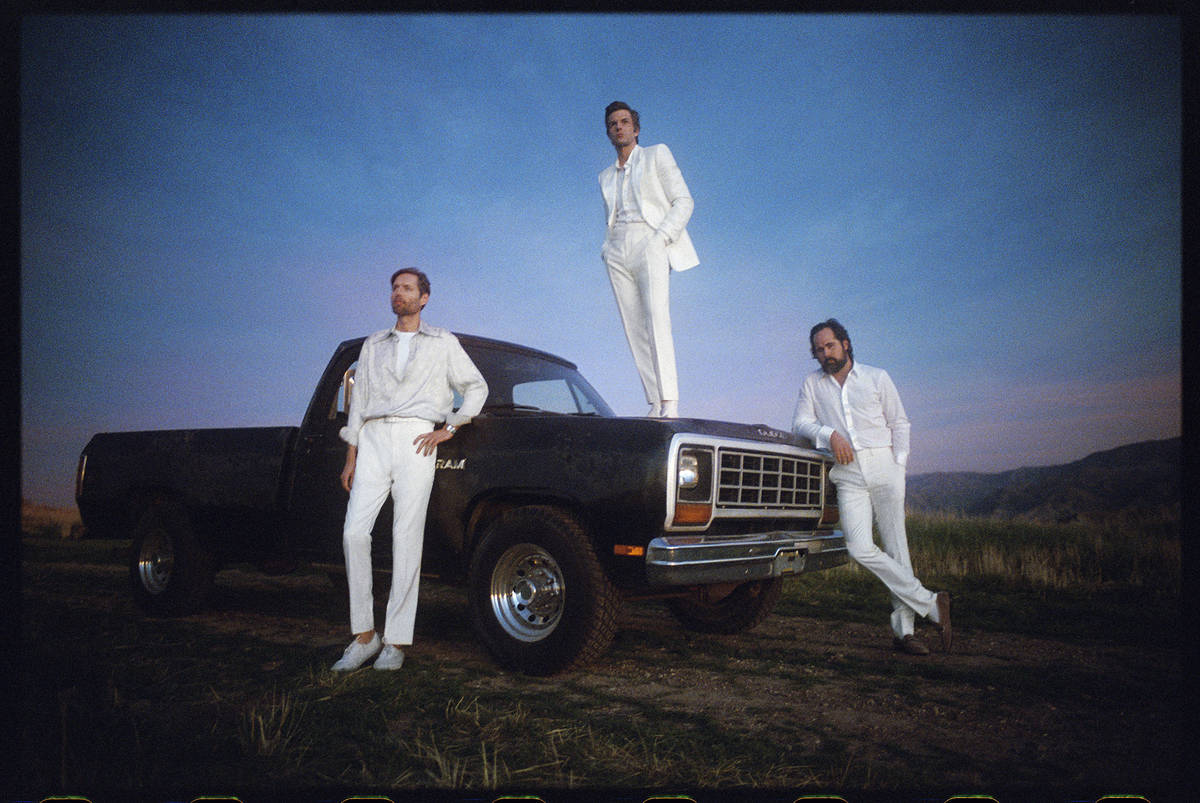 The Killers' new album is the first without contributions from longtime guitarist Dave Keuning. (Photo by Olivia Bee)

The drummer is feeling it.

“When the Raiders call you to play a song at halftime in their first home game, first game ever in the new Las Vegas stadium,” Ronnie Vannucci says, “you say yes.”

So it is that The Killers are taking to the Strip to celebrate the Las Vegas Raiders’ home opener Monday night. The Vegas-born band is to headline from the roof of Caesars Palace at halftime of the Saints-Raiders game, which kicks off at 5:15 p.m. Monday from Allegiant Stadium.

The Killers’ appearance will be broadcast on ABC and ESPN.

The band’s performance, atop Nobu Tower, has reportedly been recorded. The Killers have just released “Imploding the Mirage,” their sixth studio album. They most recently performed at Caesars Palace on July 31, 2017, in an appearance on “Jimmy Kimmel Live,” at which frontman Brandon Flowers announced his family’s decision to move to Park City, Utah.

Band members Brandon Flowers, Vannucci and Mark Stoermer are featured in promotional material for the halftime performance. The team’s Twitter account trumpeted the event with a post, “Monday night just got better.”

The Killers’ most recent public appearance on the Strip was during Kimmel’s show from Zappos Theater in April 2019. They also played the opening weekend of the new Joint at the Hard Rock Hotel in 2009.

The Beatles are credited with expanding the concept of the rooftop concert with their January 1969 appearance at Apple Studios in London. U2 re-created the experience at Apple in 1987, and Paul McCartney played from the roof of the Ed Sullivan Theater during “The Late Show With David Letterman” in 2009.

“The Raiders really wanted to pay homage to our new hometown so naturally we were ecstatic to partner with an iconic Las Vegas band like The Killers on this once-in-a-lifetime performance,” Las Vegas Raiders President Marc Badain said in a statement. “While fans can’t be with us in person, we hope this exciting halftime show gives those at home a taste of the exceptional entertainment experience awaiting them at future games and events at Allegiant Stadium.”

The Raiders’ regular-season home games will be closed to fans.

2
3rd Raiders player retires in less than a week

5
Raiders lose 2nd player to retirement in past week