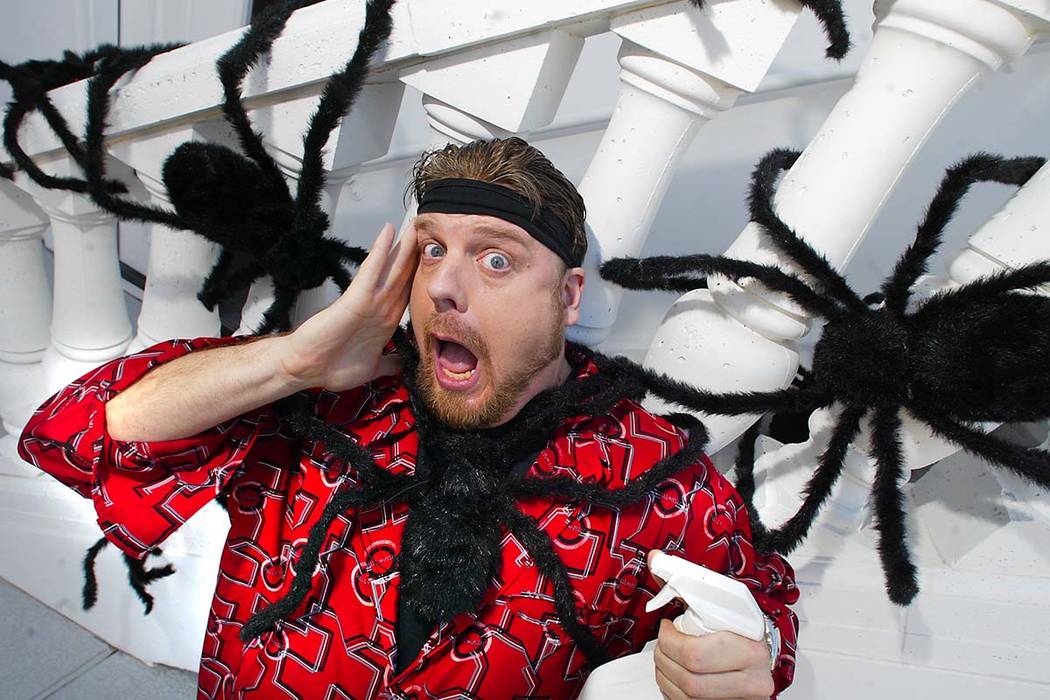 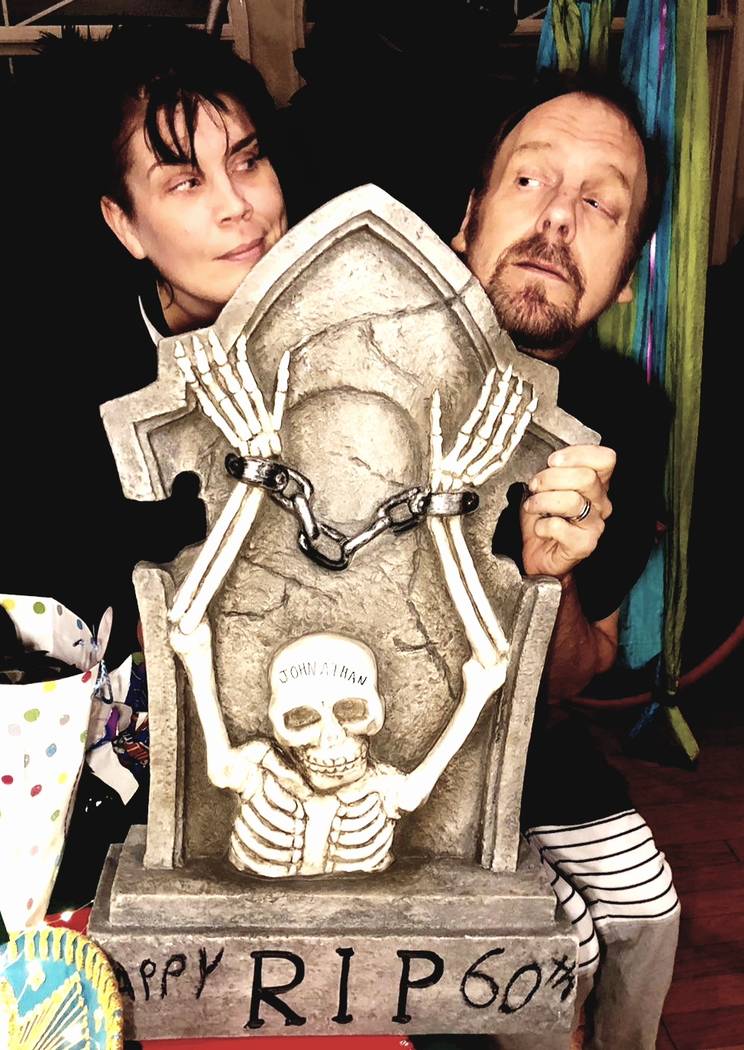 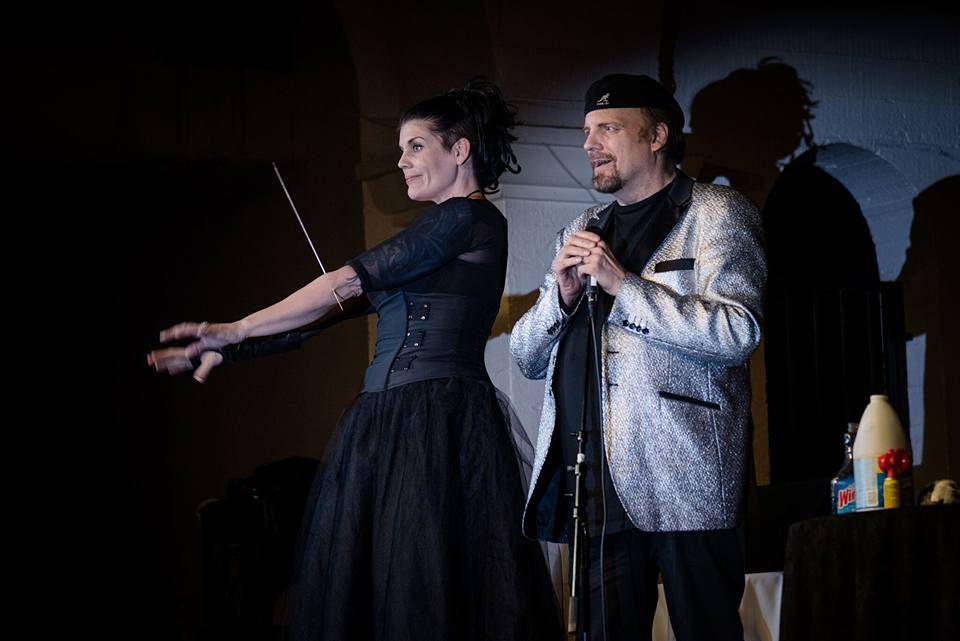 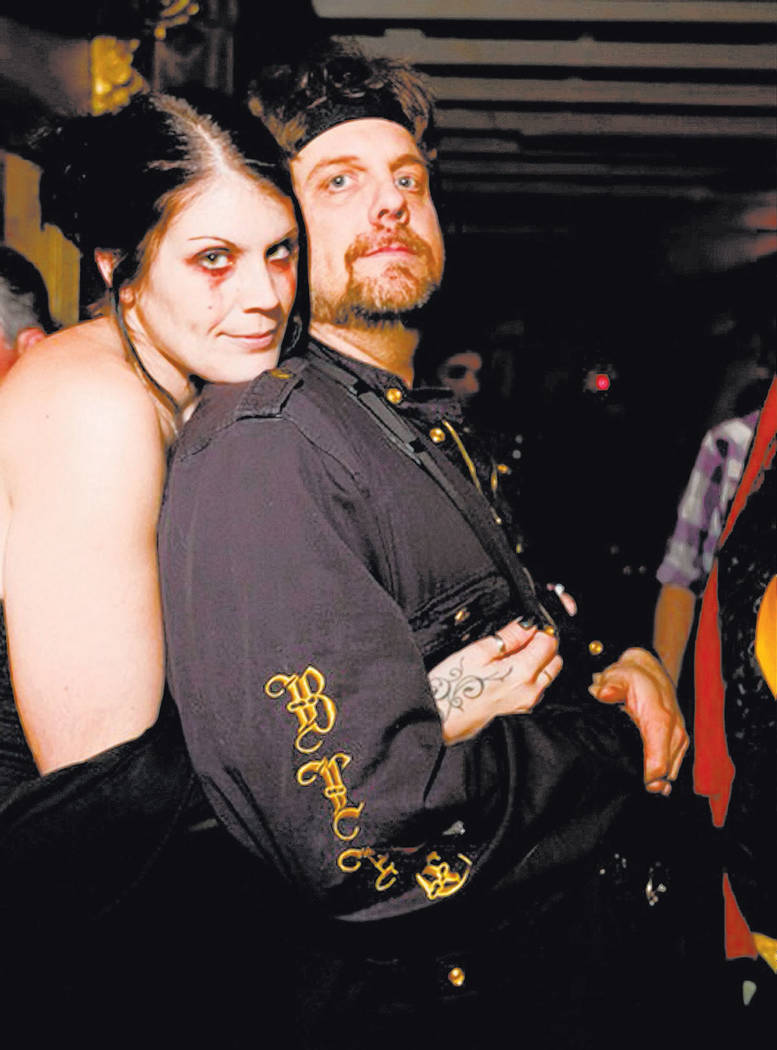 Anastasia Synn and Johnathan Szeles (aka The Amazing Johnathan) are preparing for their outrageous wedding. (Courtesy/Bryan Adams)

Other details of the deal have not yet been released. But the magician himself, under his legal name of Johnathan Szeles, posted The Hollywood Reporter’s story announcing the deal on his Facebook page, writing, “This is awesome!”

“The Untitled Amazing Johnathan Documentary” premiered this week at Sundance Film Festival in Park City Utah in the Best U.S. Documentary field, the winner to be announced Sunday). Directed by Ben Berman, who has helped develop “Tim & Eric, Awesome Show!” on Adult Swim, “Jon Benjamin Has a Van” on Comedy Central, and “Comedy Bang! Bang!” on IFC, the documentary began as a chronicle of A.J.’s final tour.

But the veteran comic-magician, who has suffered from a rare heart condition for several years (and said in 2014 he had a year to live), allows, “I didn’t die in the timeframe he wanted.”

Johnathan’s performing wife, Anastasia Synn; longtime Vegas magic duo Penn & Teller; Luxor headliner Carrot Top; and “Weird Al Yankovic” are among the entertainers who appear in project. As the film itself reveals, it is one of two major docs about The Amazing Johnathan (“Always Amazing” premiered at Vancouver’s Just for Laughs Festival in Spring 2018).

Reviewers who have screened the “Untitled” doc at Sundance have been left perplexed at the film’s subversive, unsettling and still-secret finale. A.J.’s deteriorating physical condition, a lively topic of discussion in Las Vegas since he went public with his heart diagnosis five years ago, is starkly recorded. He’s shown smoking crystal meth on camera, which he says he uses to combat his illness in the same way others would take vitamins.

Berman’s own frustrated attempt to capture the truth behind his subject is a subtext to his original objective, which was to follow A.J. to the end of his career and maybe his life.

As Variety’s Peter DeBruge writes: “The question — one of many raised in a film that ultimately becomes more concerned with Berman’s journey than it ever seems to have been about its original subject — is whether the notorious prankster was being honest when he shared his diagnosis in the first place. Was it all one big publicity stunt? Could it be that Johnathan planned to fake his death and that Berman has been enlisted as an unwitting accomplice in the greatest magic trick of all time?”

Those who have known The Amazing Johnathan, all through his high times and rollercoaster ride Las Vegas, wouldn’t put it past him. But even that suspicion is not founded as “The Untitled Amazing Johnathan Documentary” awaits its nationwide audience.