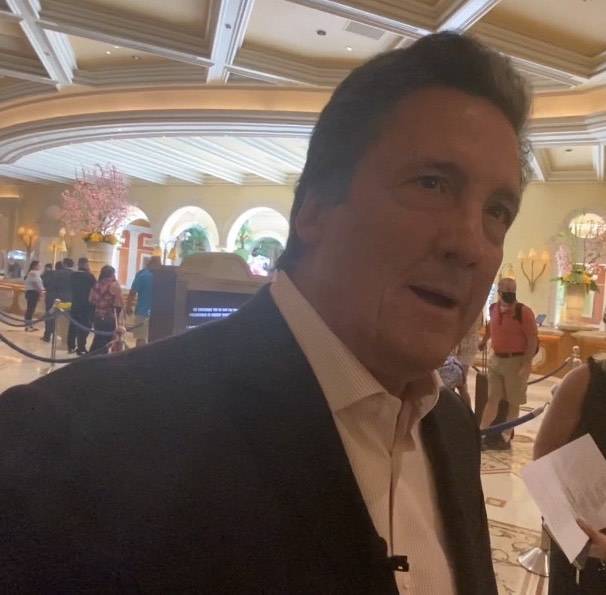 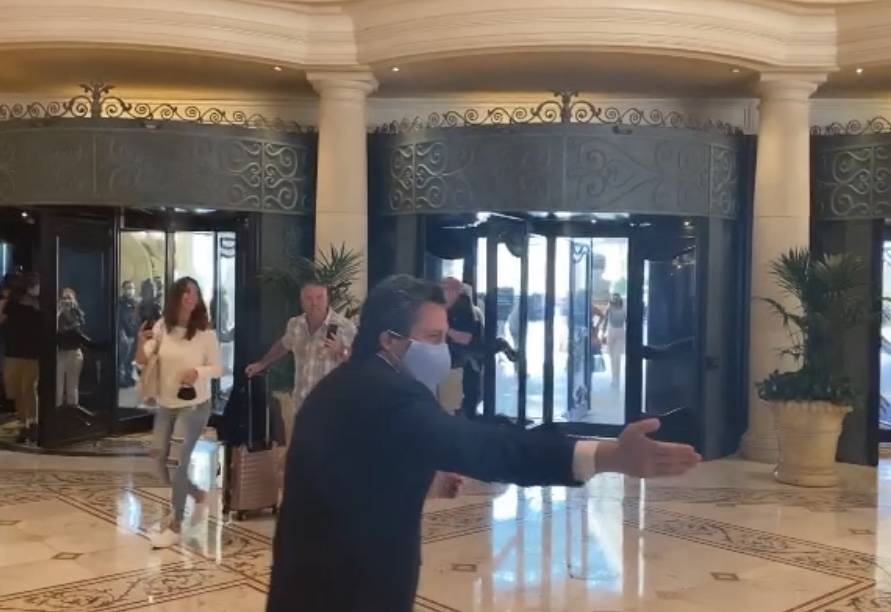 Bill Hornbuckle met the tide of guests returning to Bellagio at the hotel’s main entrance Thursday. He swept his arm as if to throw the doors open, clapping his hands as assembled media chronicled the moment.

But the COVID-19 reopening of this resort, and hotel-casinos across the city, won’t be a singular celebration. It’s going to be a deliberate return to business, a slog, if you will.

Hornbuckle preached patience when I asked for a time frame for the return of live entertainment at MGM Resorts, and for events at T-Mobile Arena. The news was anticipated, but bracing nonetheless. MGM Resorts International hotels won’t be returning Cirque du Soleil shows anytime soon. They might be onstage by the end of 2020, and that is an optimistic forecast.

As for T-Mobile Arena, the crowds of 18,000-plus at Vegas Golden Knights games aren’t likely to return until 2021.

“The governor has stated no public gatherings larger than 50 people,” Hornbuckle said, then motioned to the piano music emanating from Petrossian Bar & Lounge. “We are able, in the background, to have some form of limited entertainment from our lounges. But a ticketed event is off-limits for today.”

Entertainment can move forward in the summer. But Cirque operates six productions (five in MGM Resorts properties) in custom-designed theaters.

MGM Resorts is a partner in T-Mobile. The company has submitted a petition to be one of two hub cites for the NHL playoffs. T-Mobile is among the 10 finalists to host the playoffs, which will be closed to ticketed fans.

The league announced its 24-team format and seedings Thursday but has not established where games will be held.

“We hope to host the playoffs here and we are focused on that, we are aggressively in that conversation, but it will be without fans,” Hornbuckle said. “Again, we’ll be following the protocols that the governor puts in play. We have to take his lead. Hopefully, we’ll be ready by the end of the year.

Should we be prepared for no ticketed entertainment or events at T-Mobile in 2021?

“Possibly, possibly,” Hornbuckle said. “We’ll see if we don’t have a resurgence (in coronavirus), if we can get through the summer safely. But it’s one step at a time. “

We see an opportunity to bring back Luxor residency shows in a hotel that is not Luxor. Specifically, Excalibur and its Thunderland Showroom.

Excal returns Thursday . Luxor’s reopening has not been announced, but is later than Thursday .

Excalibur is home to Thunderland Showroom and SPI Entertainment’s headlining shows Hans Klok, Thunder From Down Under and Australian Bee Gees.

Luxor is home to “Fantasy” and Carrot Top at Atrium Showroom.

SPI founder and Thunderland Showroom proprietor Adam Steck says he would be fine with staging select performances of “Fantasy” — which is Thunder’s sister production — and Carrot Top, until Luxor is ready to reopen.

“Fantasy” producer Anita Mann says her show can be back “tomorrow,” and she says that just about every day. And Topper could headline Thunderland, too, similar to how he produces his road shows. Steck says he can work out the logistics. It’s nutty enough to work.

A quick list of statues that can promote Phase Two safety measures by wearing face masks:

— The Caesars statue at the entrance of Caesars Palace.

— The Joe Louis statue at the Caesars sports book

— The Greenbacks, the tourist couple at Harrah’s.

— The bronzed man sweeping, dubbed “The Aftermath,” at the foot of the escalators leading from the Paris Las Vegas parking garage.

— The Statue of Liberty at New York-New York.

— Bliss Dance at The Park promenade.

— Joe Trammel, whenever he revises his living statue character from his days at St. Mark’s Square at The Venetian’s Grand Canal Shoppes.

Out of the loo

The return of Sunset Station has chased Shawn Eiferman from the master bathroom/main showroom in his Las Vegas home. Eiferman is among the Facebook All-Stars during the COVID-19 shutdown, having performed several shows called “That Vegas Show” from his water closet annex. The web casts originally ran twice daily to benefit Las Vegas musicians.

But Eiferman is returning to live performances this weekend, performing at Gaudi Bar at Sunset Station from 8 p.m.-11 p.m. “I’m finally out of the bathroom!” the Vegas singer-songwriter says. Those Facebook shows were fun, but this is more like it.