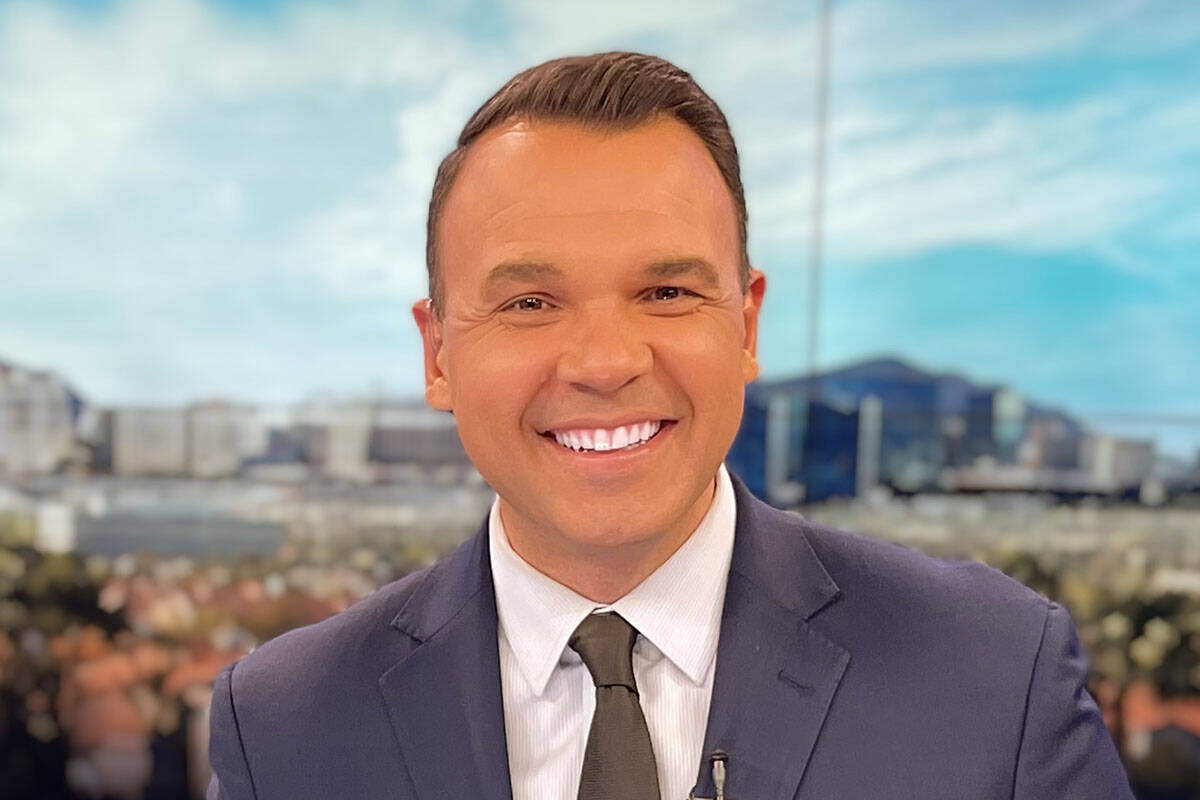 Todd Quinones has been in the news business for 28 years. As he says, “It’s the only thing I’ve ever done.”

That changes Friday morning. The veteran anchor leaves ABC affiliate KTNV Channel 13. On Monday, he and former Channel 13 anchor and reporter Yasmeen Hassan are launching the media consulting company HCue. The name is drawn from their respective last names, and with “cue” indicating an audio or video cue.

Quinones’ final day on the air is Friday, in his usual 4:30 to 7:30 a.m. slot. He arrived at KTNV in January 2016, filling the morning slot, then the evenings beginning in 2018, and back to mornings this past January.

Quinones reviewed his career, and his life, while anchoring from home during the pandemic. He had found a way to spend more time with his wife, Margaret, and 6-year-old son, Benjamin, while still working in mass communications.

“Dealing with audio delays, prompter delays, going through some of the difficulties of anchoring and trying to produce opened my eyes to all the things I was missing,” Quinones says. “There is a lot about enjoying a boring, reheated Tuesday dinner that appealed to me.”

Quinones worked for 15 years as a reporter and anchor at CBS affiliate KYW in his hometown of Philadelphia. He worked with Hassan for a couple of years at KTNV, before she moved on to positions in Sacramento, then Chicago, and today Austin, Texas. She will remain in that city while dividing time in Las Vegas, and he plans to be taking plenty of flights to meet with clients in Texas. Much of their work will be done remotely, too.

“We will be helping professionals refine their messaging, and that means any kind of presentations or pitches that they might have,” Quinones said. “We can help them kind of refine and make their messages look clearer, more concise, while still being authentic.”

Quinones is among several KTNV staffers and executives to leave the company, or announce they are planning to leave, over the past several weeks. Chief among them, general manager Chris Way and news director Nancy Bauer were let go June 1.

Quinones says the staff changes are simply part of a larger, long-running trend in broadcast news.

“There’s always been a lot of movement in the news business, and the pandemic, in a lot of ways, accelerated that for myriad reasons,” Quinones said. “The boring answer is it’s a case-by-case basis. I can only answer for myself, but anytime you undergo turmoil, it’s going to shake things up, no matter what.”

Quinones recalled moving to Las Vegas in 2016 having never even visited the city. He and his family looked out toward Red Rock Canyon and knew there was a chance to build a life here.

“I realized how ignorant I had been about Southern Nevada, and I better open up my eyes because there might be some opportunity out here,” Quinones said. “Honestly, if you had told me seven years ago then I would be leaving the news business and staying in Southern Nevada. I would have thought you’re crazy. It’s been a wild ride, but it’s also been a great one.”

A couple titles to know

I am hearing the names “Six” and Freestyle Love Supreme as shows bound for Venetian/Palazzo. These productions have not been confirmed to the point of going onsale. We are, however, confident they will be.

“Six” is targeted for the long-vacant Palazzo Theater, following the musical’s series Sept. 20-Oct. 2 at the Smith Center. The production celebrates the song-and-dance talents of the six wives of Henry VIII. “Divorced, beheaded, died, divorced, beheaded, survived” is both the wives’ fates and also the hit musical’s tag line.

Freestyle Love Supreme is the improv hip-hop comedy ensemble founded by Lin-Manuel Miranda and Anthony Veneziale about 20 years ago. That show has been in talks for Summit Showroom. The production is playing Old Globe in San Diego through July 10, then Pasadena Playhouse from July 12-Aug. 7. Summit is no dates scheduled after Derek Hough’s “No Limit” closes Sept. 10.

Meantime, The Venetian’s Opaline Theater (once home to “Rock of Ages”) remains totally open. There has been talk around the scene of a circus-styled show for that venue, but again, nothing on the books.

“Vegas! The Show” makes its long-awaited return to Saxe Theater at Miracle Mile Shops at Planet Hollywood on July 1. “Vegas” and “Zombie Burlesque” down the promenade at V Theater were the final shows to perform just before the COVID shutdown of live entertainment in March 2020.

Producer David Saxe continues to bump the “Tiger King” parody planned for V Theater to sometime in August. Saxe has been devoting most of his time to getting “Vegas!” back onstage. The “Tiger King” show hasn’t yet even been titled. But we know the comedy-musical will co-star Enoch Augustus Scott of “Zombie Burlesque” as Joe Exotic, and Penny Wiggins (ex-sidekick of entertainment legend The Amazing Johnathan) as Carole Baskin.

Notoriety does the funny

Peake has produced a similar lineup at Notoriety about a year ago, with Jeremy Piven headlining. We thought then Peake would be a natural pick as the show’s host, and it is so. Tickets are $39-$45; go to notorietylive.com for info.