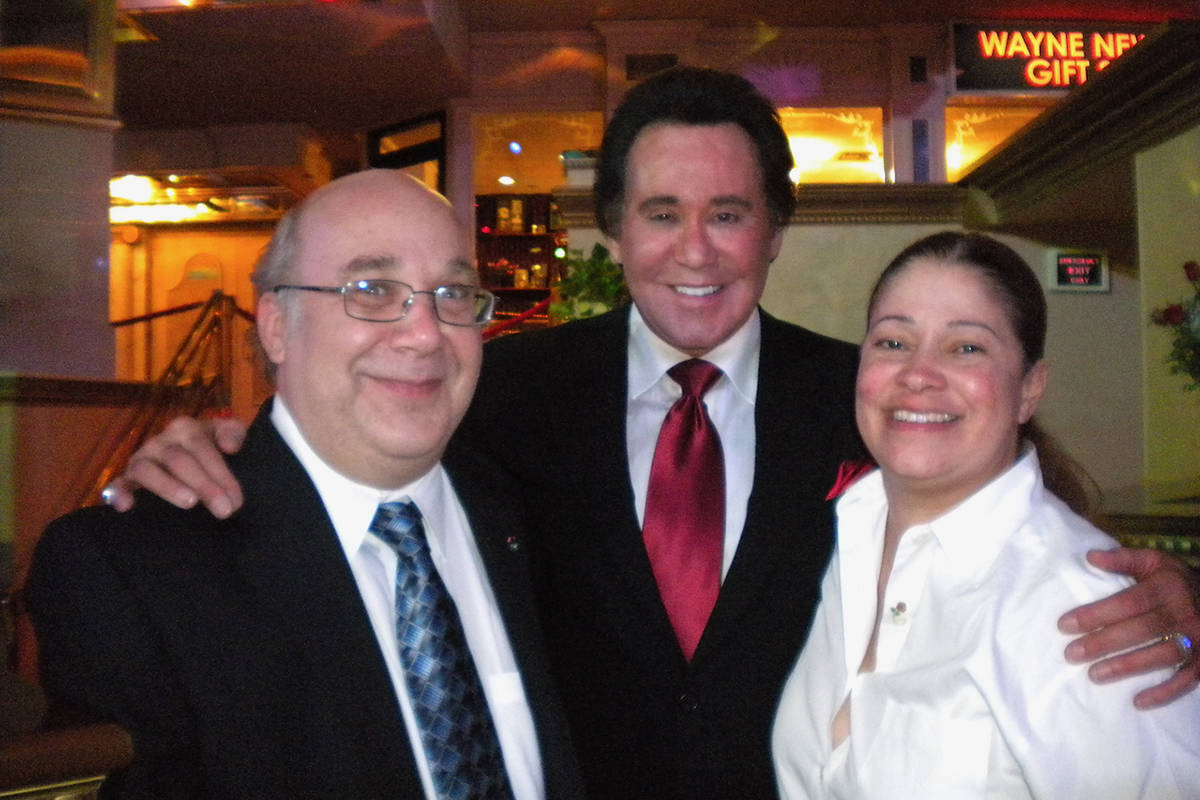 Alan Stamm, Wayne Newton and Tracey Davis are shown at the opening night of Newton's "Once Before I Go" show at the Tropicana on Oct. 28, 2009. (Alan Stamm)

Tracey Davis, daughter of entertainment legend Sammy Davis Jr. and a best-selling author, has died in Franklin, Tennessee, at age 59.

Davis’ ex-husband, Guy Garner, told The Associated Press that Davis died Nov. 2 after a short illness. The cause and manner of death have not been determined.

Tracey Davis’ 1996 memoir, “Sammy Davis Jr.: My Father,” is considered a must-read for fans of one of the all-time great entertainers. MGM has announced plans for a biopic based on Davis’ autobiography.

“Tracey had the vibrancy of her father and the compassion of her mother,” said Alan Stamm, a close family friend and Las Vegas resident who has worked in advertising and entertainment production for 25 years. “Both were wonderful people.”

Sammy Davis Jr. was, of course, legendary in Las Vegas for his time with The Rat Pack and headlining runs at such iconic venues as the Copa Room at the Sands, Circus Maximus at Caesars Palace, and Bally’s Celebrity Room. But Tracey Davis was raised mostly by her mother, actress May Britt, in Lake Tahoe. Her father was a regular headliner at his self-named showroom at Harrah’s in Reno.

“She was just a joyful person,” said Stamm, who had known Davis since the two worked at an ad agency in Los Angeles in 1987. “I have been crying all day about this.”

In 2014, Davis also wrote a second book, “Sammy Davis Jr.: A Personal Journey With My Father.”

When the MGM deal was announced, Davis said, “I am thrilled to know my father’s life, both private and public, will be brought to the big screen with this team of storytellers. He and my mother took on the world, choosing love and compassion over hatred and bigotry, and I am a product of that decision.”