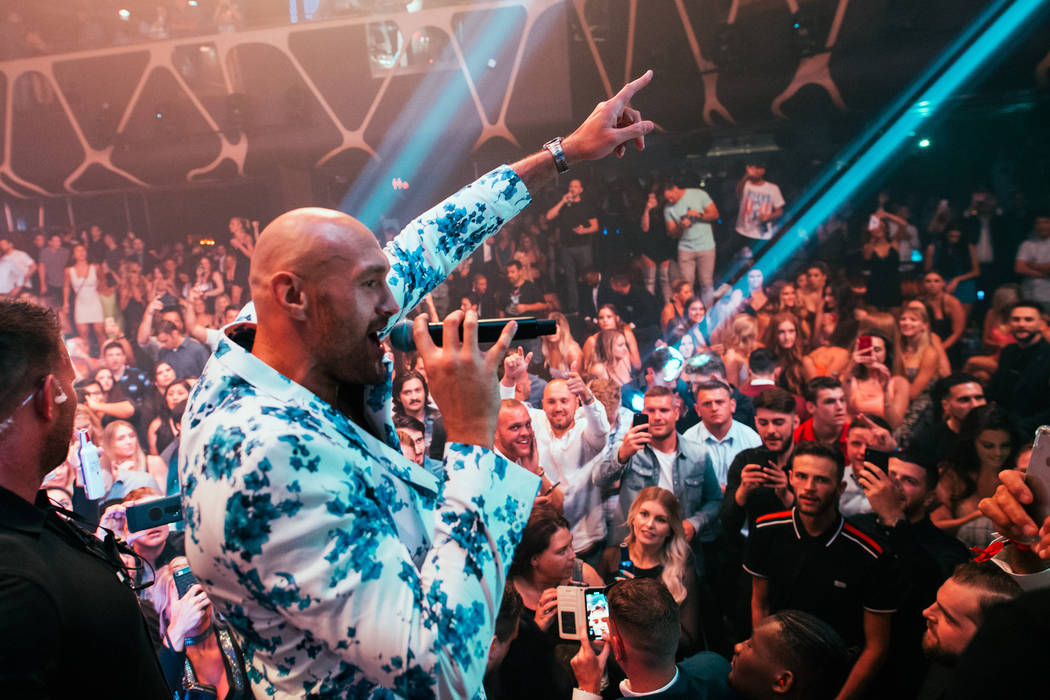 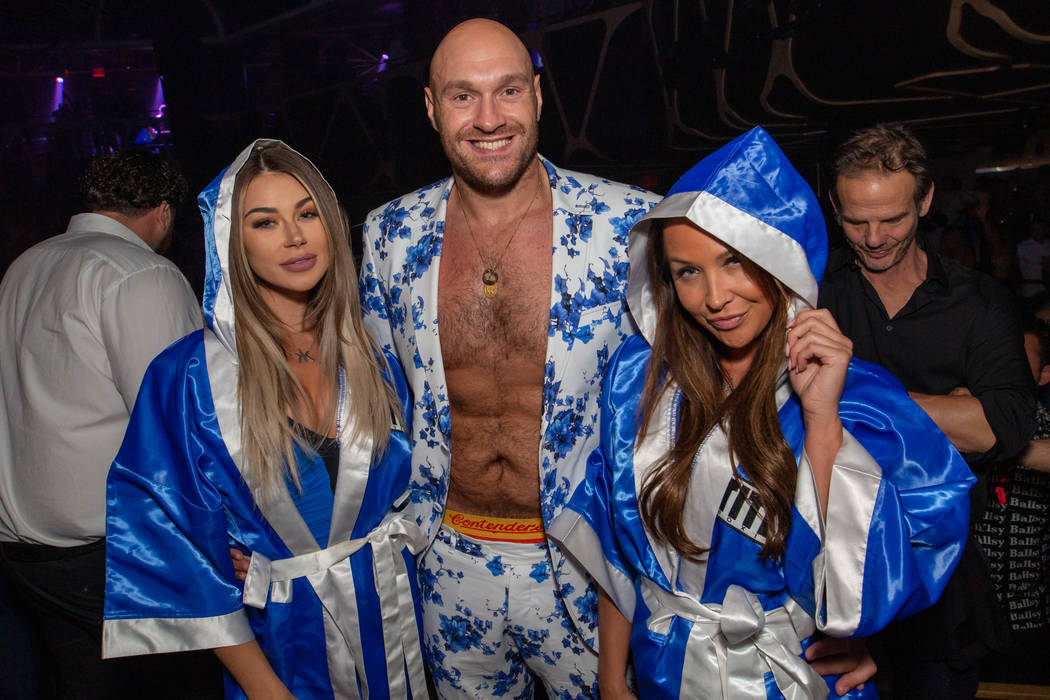 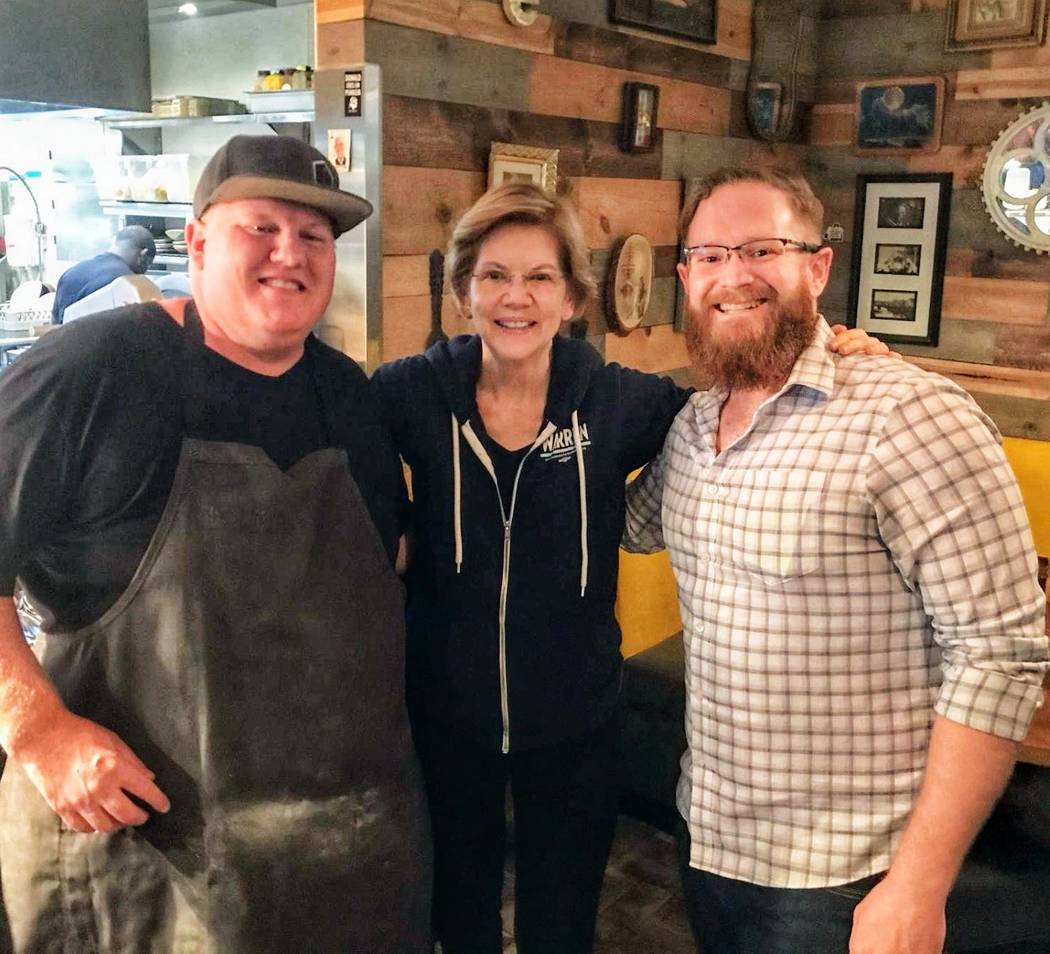 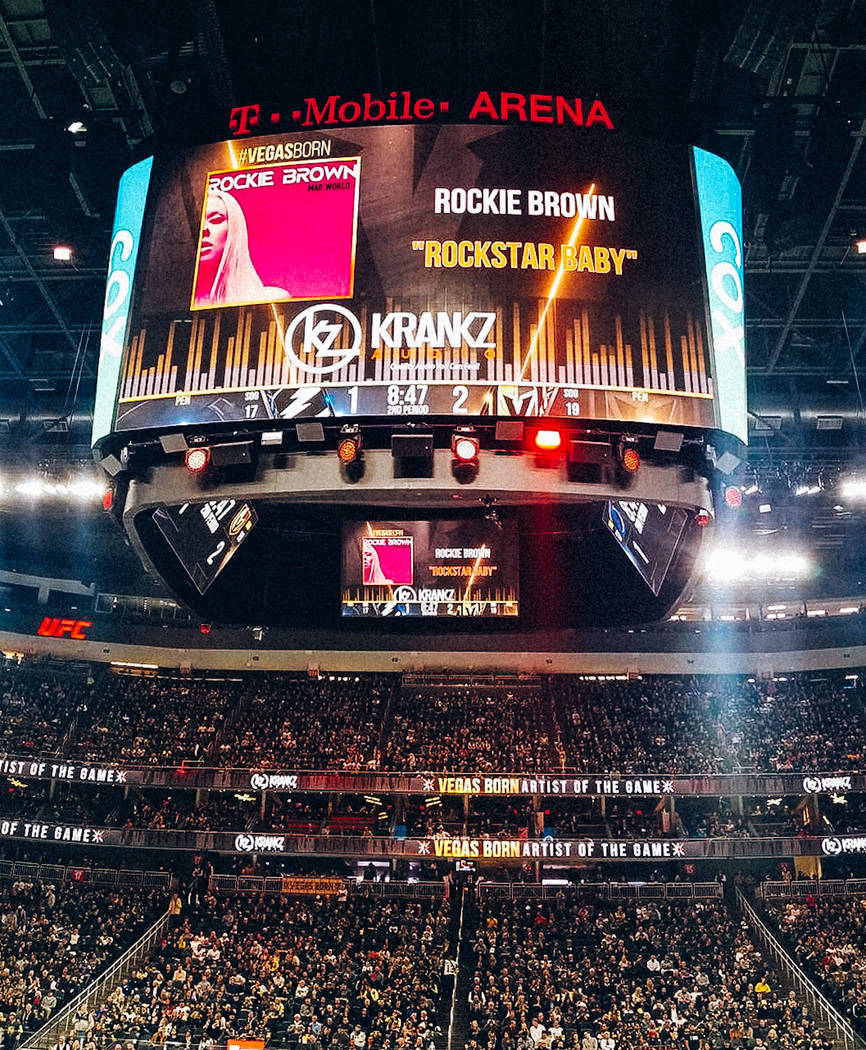 Meantime, Wilder is booked across the Strip at Light nightclub at Mandalay Bay. Rapper Paul Wall, whose second album is titled, “The Peoples Champ,” is the night’s headliner.

Both fighters are expected to show up to their after-parties, win, lose, draw, or disqualification.

Fury has partied previously at Hakkasan, most recently in June after his two-round dispatch of Tom Schwarz at the Grand Garden Arena. That was the same only-in-Vegas night when Lady Gaga ducked into NoMad Restaurant for Brian Newman’s show, and the St. Louis Blues lumbered into Omnia Nightclub at Caesars Palace, swilling champagne from the Stanley Cup.

Wilder actually invited Fury to his post-fight party, saying during Wednesday’s pre-fight news conference at the Grand Garden, “He can come to party after. I’m going to throw a big party afterwards and I’ve already invited him along.” Better expand the VIP section.

Warren in the Kitchen

“We splashed her and her husband (Bruce Mann) with prosecco,” Tibor said, adding that the team brought out VIP bread service and cauliflower. Warren had the cacio e pepe and her husband had the rye cavatelli. The couple had budino for desert, and naturally posed for the requisite campaign-stop photo.

Solky, Floyd Mayweather Jr’s go-to ticket agent for years, was profiled by Forbes magazine in its Feb. 13 issue. On Valentine’s Day, he proposed to his girlfriend and pro cake decorator Endah Primayanti, dropping to a knee after dinner at Delmonico Steakhouse. She said yes. Saturday, the couple are in primo seats (naturally) at the Fury-Wilder bout.

Master illustrator Neal Portnoy is ushering in his 2020 Portnoy Wall of Honor class at from 1-4 p.m. Saturday at his gallery at 1537 W. Oakey Blvd. in Las Vegas. Zowie Bowie, Bucky Heard of the Righteous Brothers, Michael Shapiro of Reckless in Vegas, Vegas vocalist Serena Henry and Nevada Ballet Theatre Artistic Director Roy Kaiser are among the new inductees.

Portnoy has drawn and displayed about 65 subjects since launching his Wall of Honor in 2018 (yours truly is among those featured). He’s also drawn 32 members of the Raiders alumni, and hopes to formally partner with the team as it moves to Las Vegas. Anyone can commission a Portnoy piece, beginning at $350, with rates higher depending on how complex the project. Portnoy is hoping to formally partner with the Las Vegas Raiders, and has illustrated 32 members of Raiders alumni in one of his recent pieces.

Brown on the board

Fans of original Las Vegas music were fired up over Vegas Golden Knights in-arena music director Jake Wagner’s song selection in Thursday’s game against the Tampa Bay Lightning. Wagner cued up the Rockie Brown/Jason Tanzer single “Rockstar Baby” during a break in the second period. Everyone involved in the project was thrilled, especially producer Dan Brodbeck, who is from the Ontario, Canada town of London and has won a Juno Award for Recording Engineer of the Year.

Brodbeck texted Tanzer with, “Awesome! As a Canadian who mixed this, a song you were involved in playing at an NHL game is sort of a big deal.”

We are a big-big fan of Carnell “Golden Pipes” Johnson, the Golden Knights’ regular national anthem singer. But others do sing the anthem at T-Mobile Arena. One that should stand alone is rock guitar great DJ Ashba’s performance March 1, when the Golden Knights host the L.A. Kings.

Ashba will play, then auction off, his Vegas-designed, handmade Schecter guitar. We got to to Ashba when he was with Guns N’ Roses, starring during the band’s residency at the Joint at Hard Rock Hotel. He’s also guitarist for Sixx:A.M., founded by Nikki Sixx of Motley Crue. And, lest we forget, he’s a member of the Shrunken Head Club at The Golden Tiki, and there is no higher honor …

Latin Breeze headlines M Resort’s Ravello Lounge at 8 p.m. this Saturday and again Feb. 29 (and there is a Feb. 29 this year). The band members represent five countries and plays all variety of international music (salsa, cumbia, merengue, boleros, and all variety of Latin music). Ravello is something of a hybrid lounge/showroom, refined and the lineup is great. Oh, and no cover. Dig it.