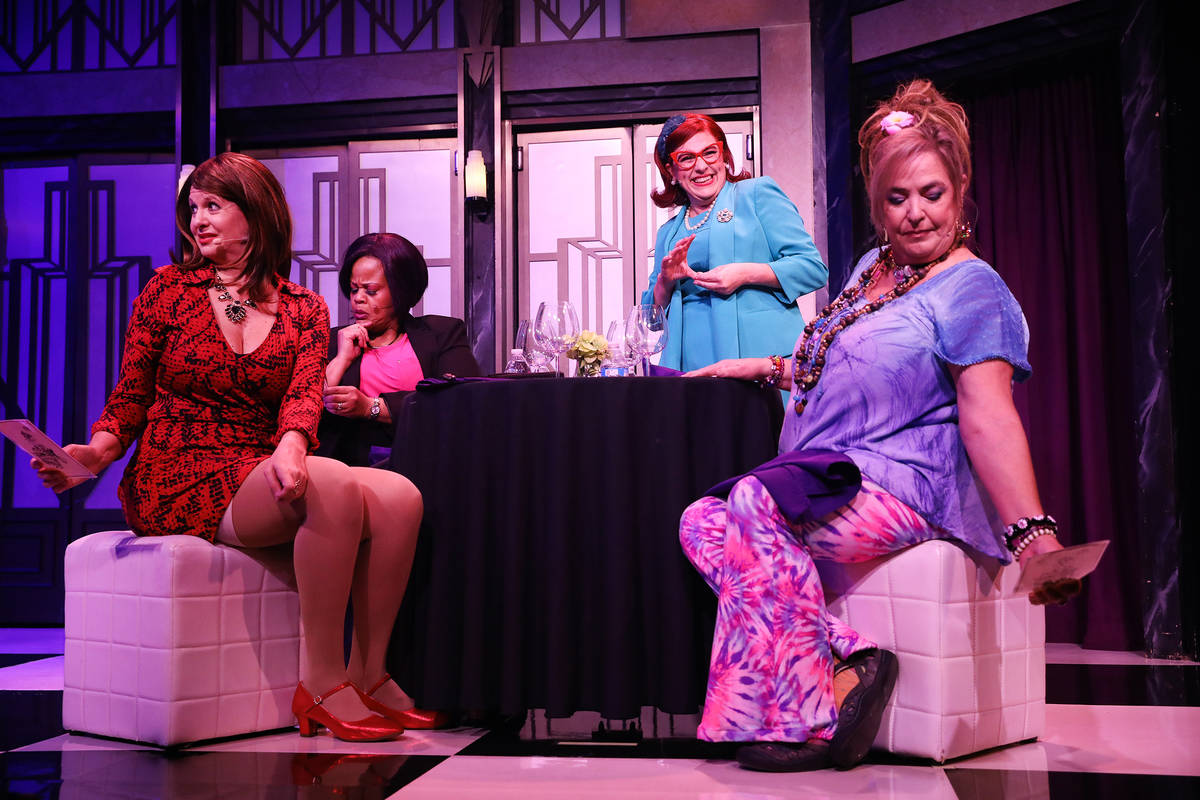 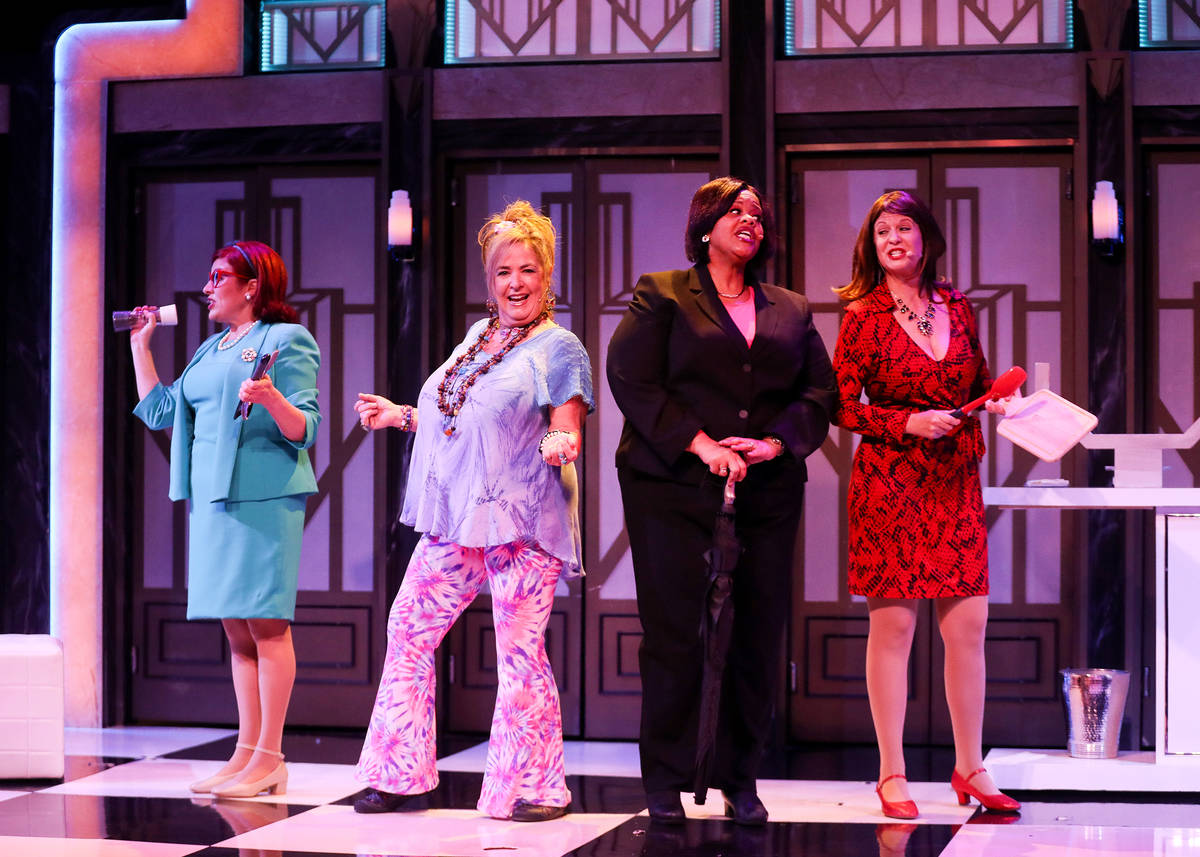 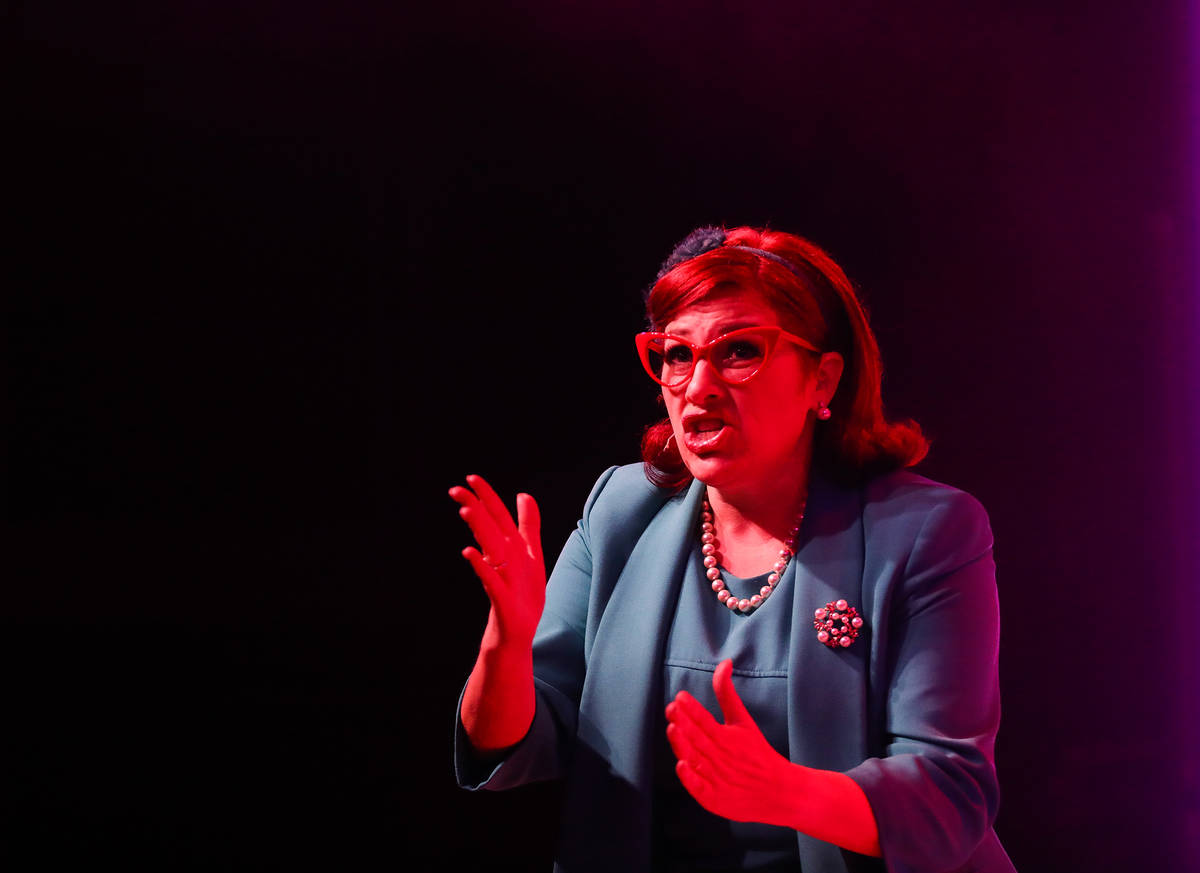 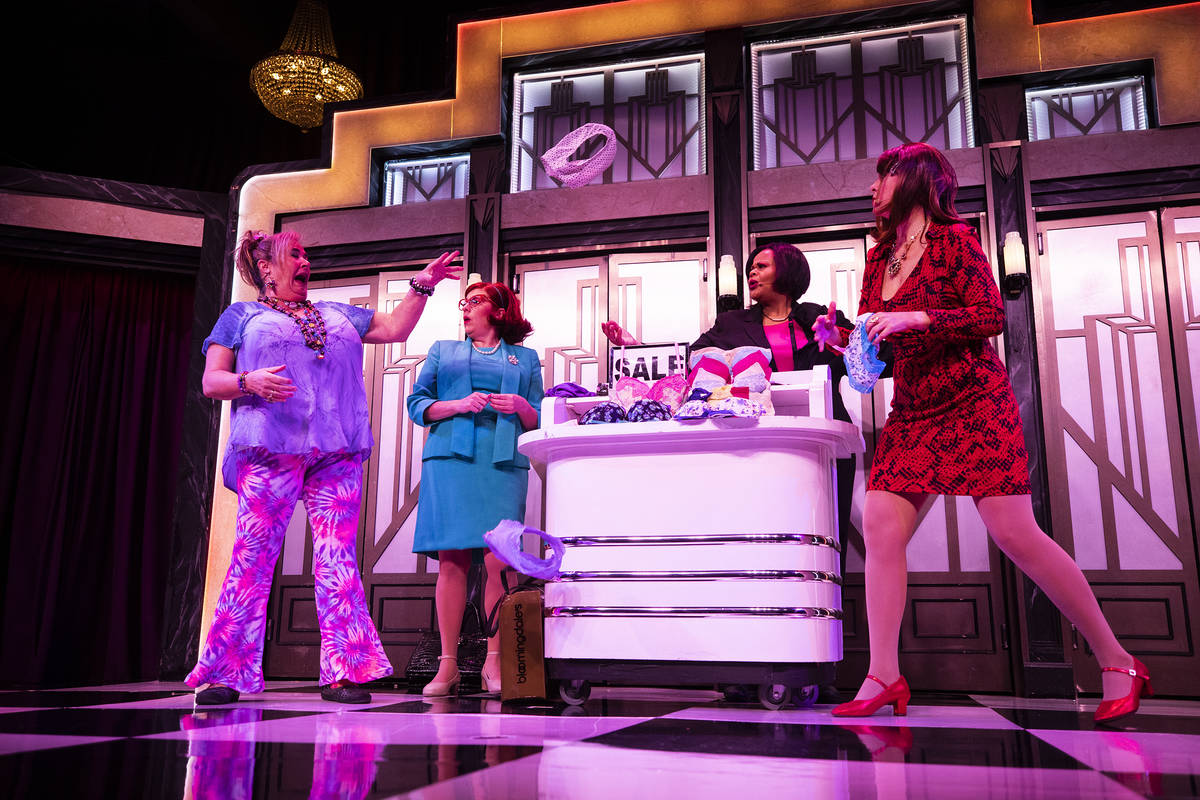 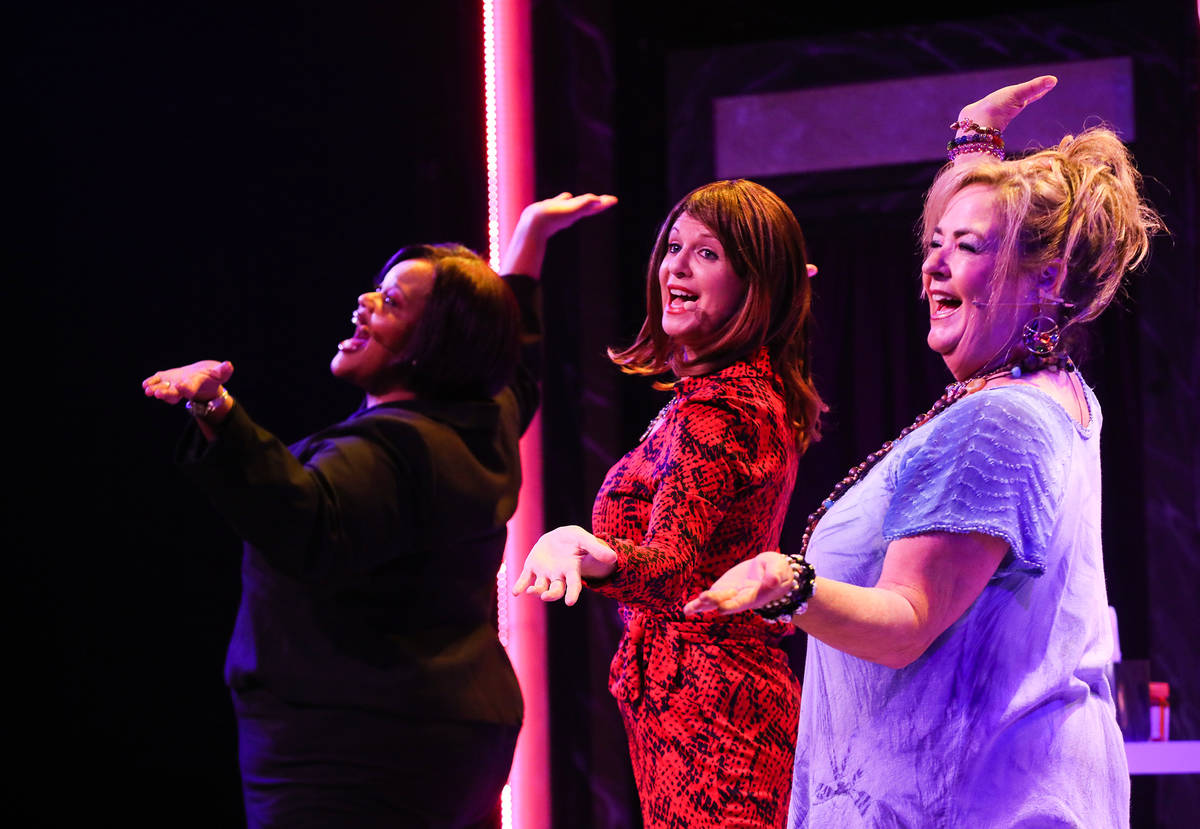 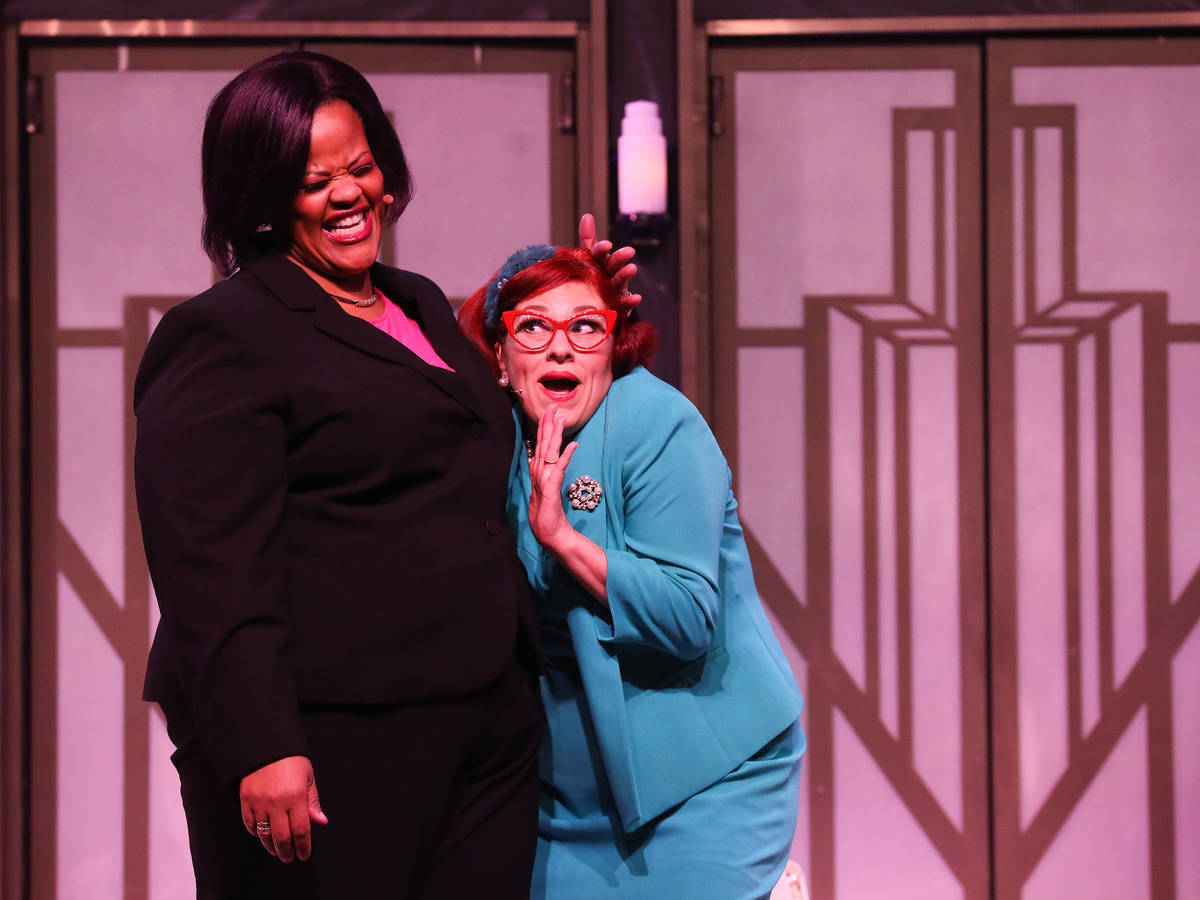 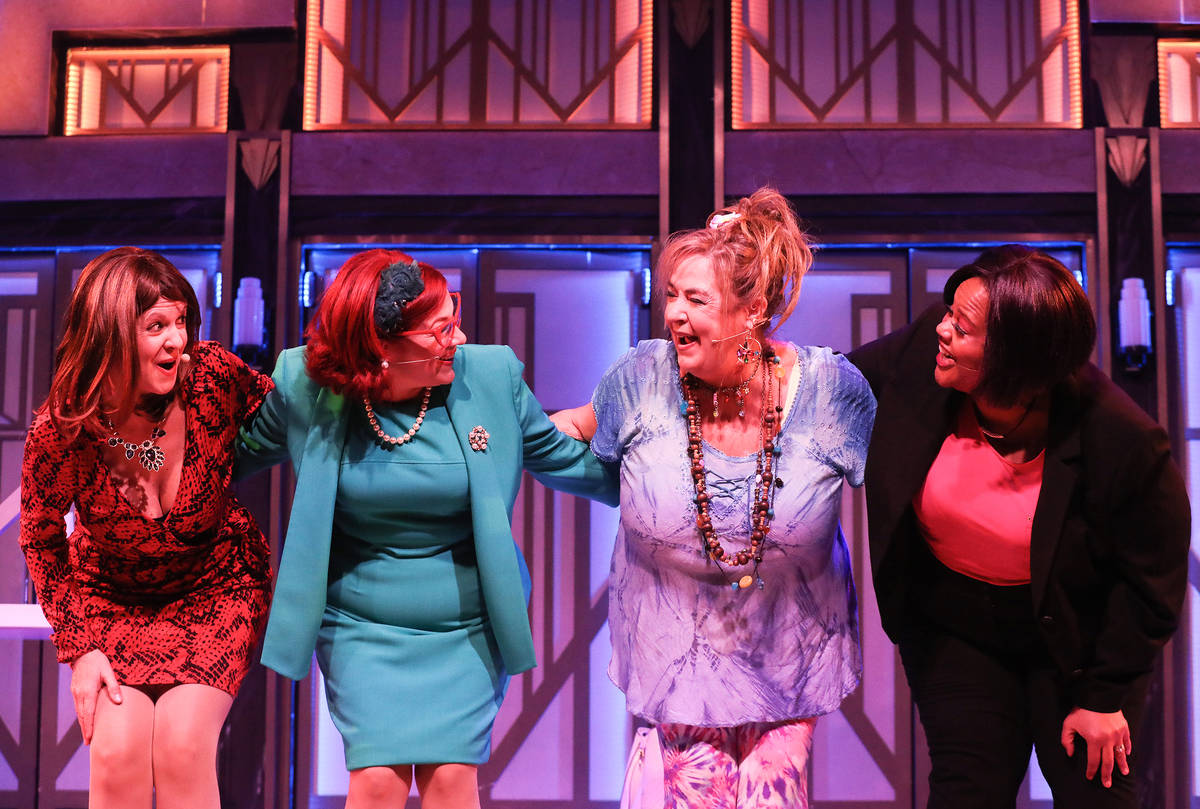 Jacquelyn Holland-Wright, left, is Soap Star along with Cherity Harchis as Iowa Housewife, Vita Corimbi as Earth Mother and Lisa Mack as Professional Woman during a rehearsal of "Menopause The Musical" at Harrah's Cabaret at Harrah's in Las Vegas, Wednesday, July 21, 2021. (Rachel Aston/Las Vegas Review-Journal) @rookie__rae 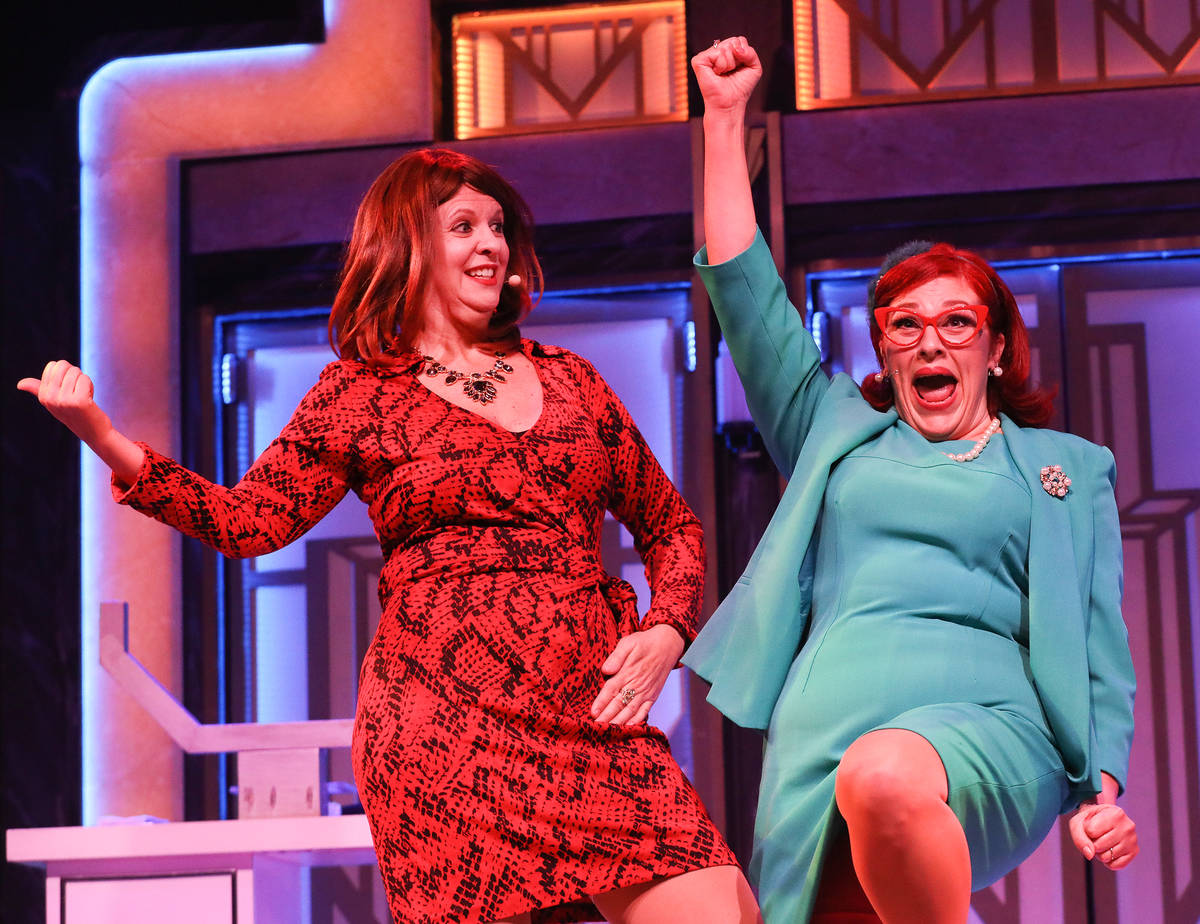 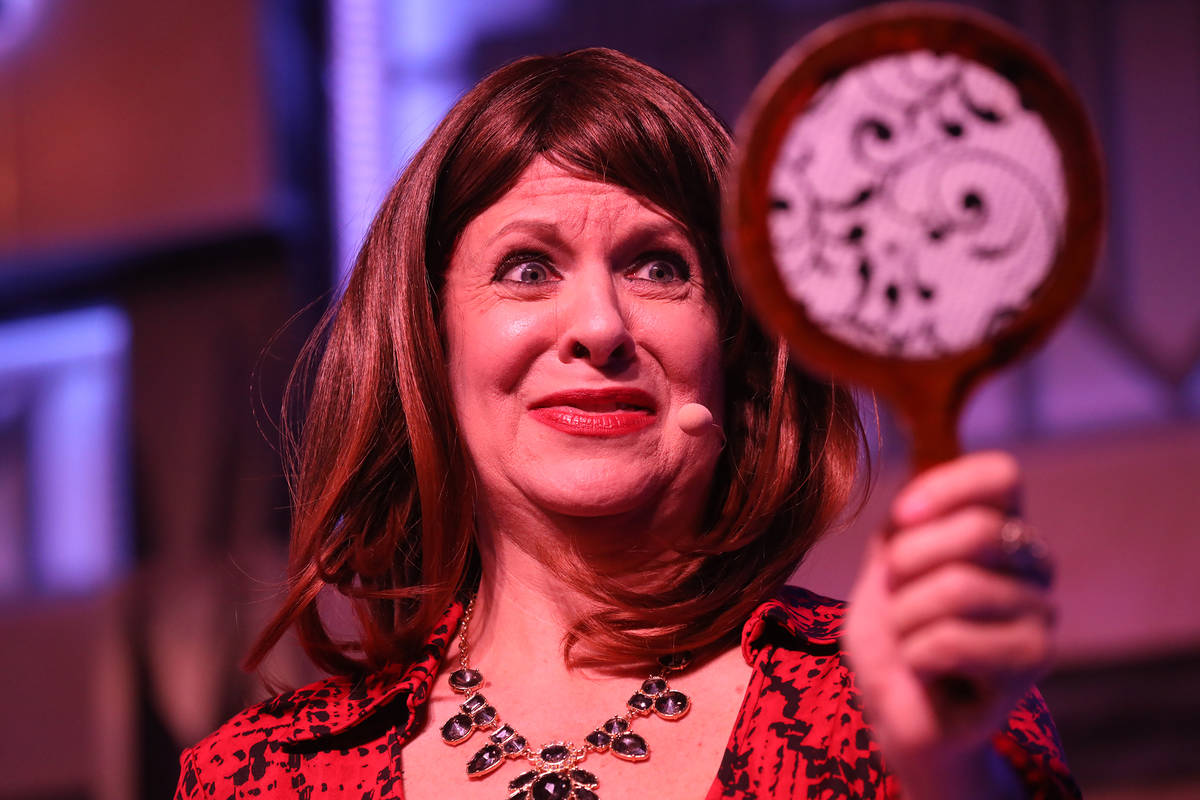 You imagine how the original “pitch” meeting could have played out for “Menopause The Musical” in Las Vegas:

“I have a show for Las Vegas. It’s a musical. It’s about menopause …”

But no, the musical about menopause is maturing very well in Sin City. “Menopause the Musical” is returning to Harrah’s Cabaret this weekend. Its first preview was to be Thursday night. “Menopause” has survived myriad entertainment trends over the years, and a fickle market for live entertainment.

“Menopause” is the city’s longest-running musical, ever, even as musical theater is an especially tough sell in Vegas hotel-casinos. A leading example was the inspired “Hairspray,” which opened at Luxor in early 2006, about the same time as “Menopause.” That show, with it’s Broadway-caliber cast led by Harvey Fierstein and Dick Latessa, opened and closed within five weeks.

Yet “Menopause” is an incurable hit, some 5,673 shows into its Vegas run. The show addresses the autumn of life, but is a February sensation, opening at Shimmer Cabaret at Las Vegas Hilton in February 2006, moving to Luxor’s Atrium Showroom in February 2009, and to Harrah’s in February 2015.

“Menopause” is also the only Actors’ Equity production still playing in Las Vegas, running a Broadway-style schedule of eight shows a week, surviving yet another showbiz trend.

“If I had known 16 years ago what I know now about Las Vegas, I would never have brought ‘Menopause’ here,” co-producer Alan Glist said during a final dress rehearsal Wednesday at Harrah’s Cabaret, before the show’s Thursday reopening. “But here we are. We’ve beaten all the odds.”

During its 16 years in Vegas, “Menopause” has also recruited such guest stars as Susan Anton (at Luxor) and Cindy Williams of “Laverne and Shirley” fame (more recently at Harrah’s). Williams, who still lives in Las Vegas, might return to the production as she has just finished a run of her one-woman show, “Me, Myself & Shirley,” in Boca Raton, Fla.

The show’s sharp script, written originally by Jeanie Landers, has held up over the years. “Menopause” was actually performed in a small theater in Orlando, Fla., in 2001 before taking on the Las Vegas Hilton.

Today’s lineup is asked just how “Menopause” has achieved such staying power.

“The longevity factor is because it is funny,” Corimbi Drew says. “And it’s relatable. All of the songs are recognizable — the Beach Boys, Aretha Franklin. It is the sound track of people’s lives. People immediately hum along.”

“California Girls” “Good Vibrations” and “Help Me Rhonda” are the Beach Boys numbers. A cover of “Chain of Fools” from Franklin is a highlight. “Heard it Through the Grapevine,” “I Got You Babe,” “Stayin’ Alive” and “What’s Love Got to Do With It” are all sung, live from the stage.

The songs are spun through a satirical blender. “My Guy” is “My Thighs.” “I’m havin’ a hot flash,” is the subbed lyric in “Heat Wave.”

The musical bond keeps the audience engaged. So do some of the universal gags in the show.

“Men enjoy it, even though it’s about women going through the change,” Corimbi says. “How many times have your glasses been on your head and you forget where they are?”

Plenty. But more a unlikely moment is following a half-dozen nuns into a Las Vegas production show. This happened about five years ago at “Menopause.” Alan and Kathi Glist are still wondering which of the show’s marketing appendages reached the convent.

The nuns were having a great time of it, but one scene near the end of the performance had the producers and cast concerned. It’s the “Only You” number, where the cast uses household items as microphones — spoons, spatulas and the like. Iowa Housewife, the lead singer, uses a pink, adult toy.

As the song started and the prop was revealed, all heads turned to the nuns. To great relief, they laughed. They also took part in the post-show meet-and-greet.

“I remember that night!” Mack says. “I kept looking at the nuns. I’d dance, and look at the nuns. I was nervous for Iowa. But we won over the nuns. It was awesome.”

“I think they felt empowered, like everybody else,” Corimbi Drew says. “That’s the beauty of the show.”