Veteran Vegas headliner Fator getting a lift at the Loft 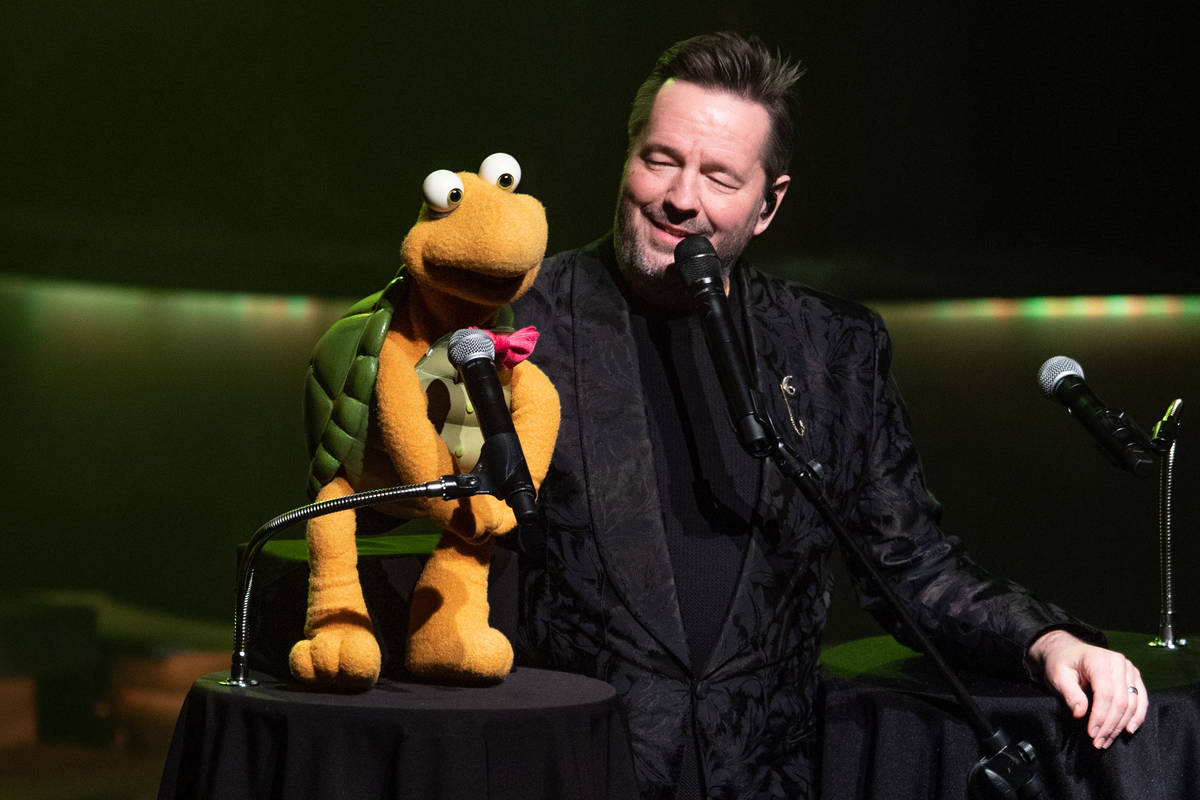 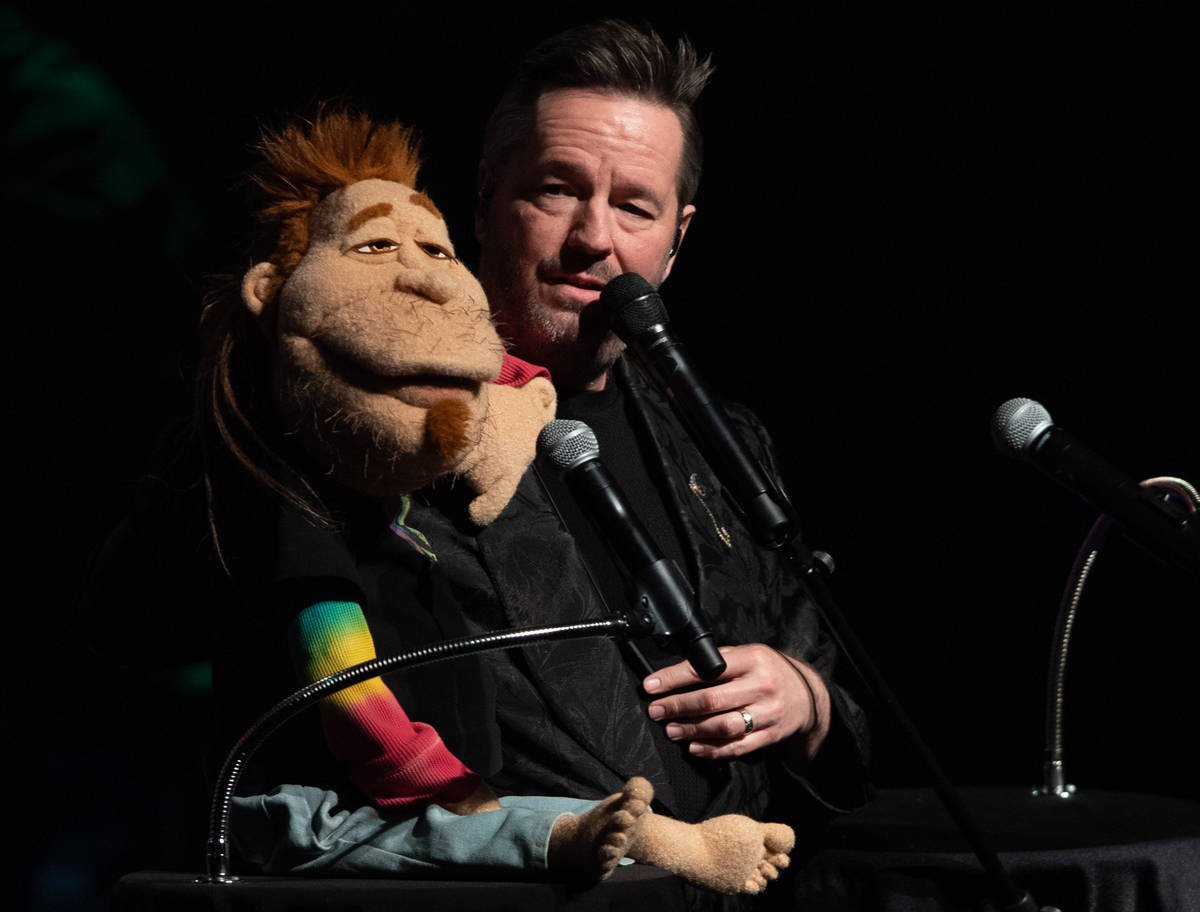 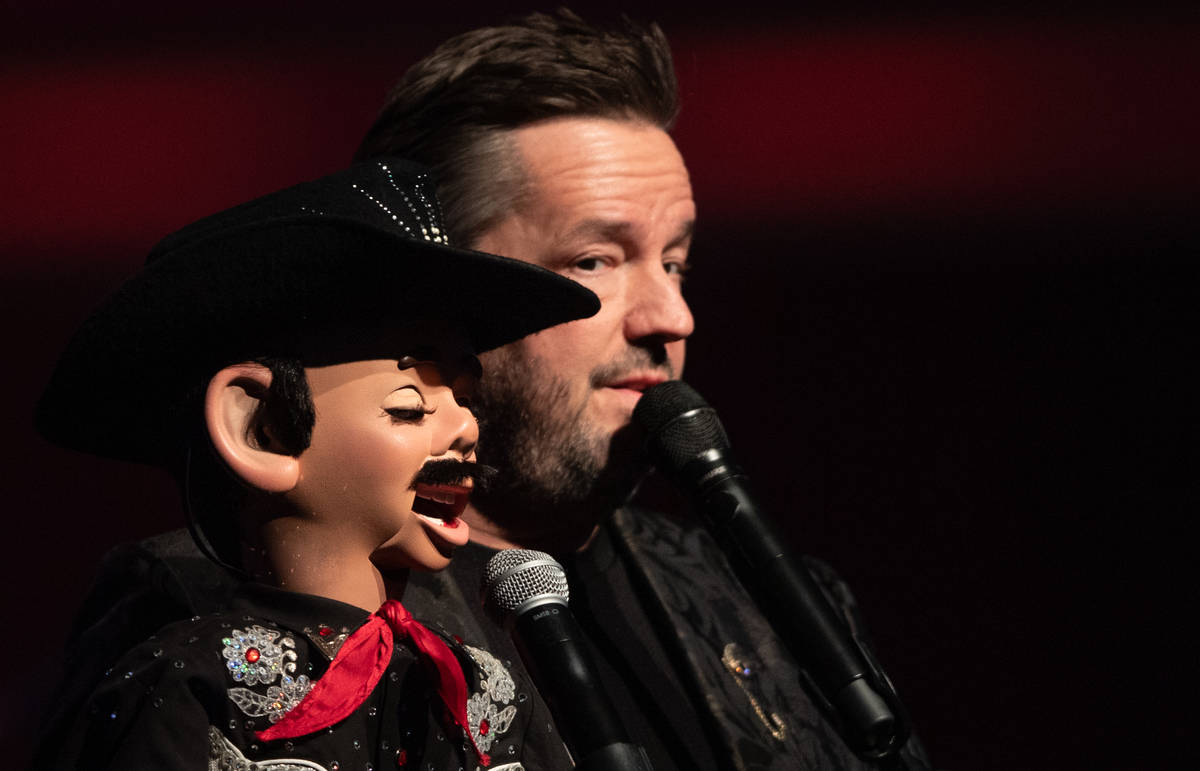 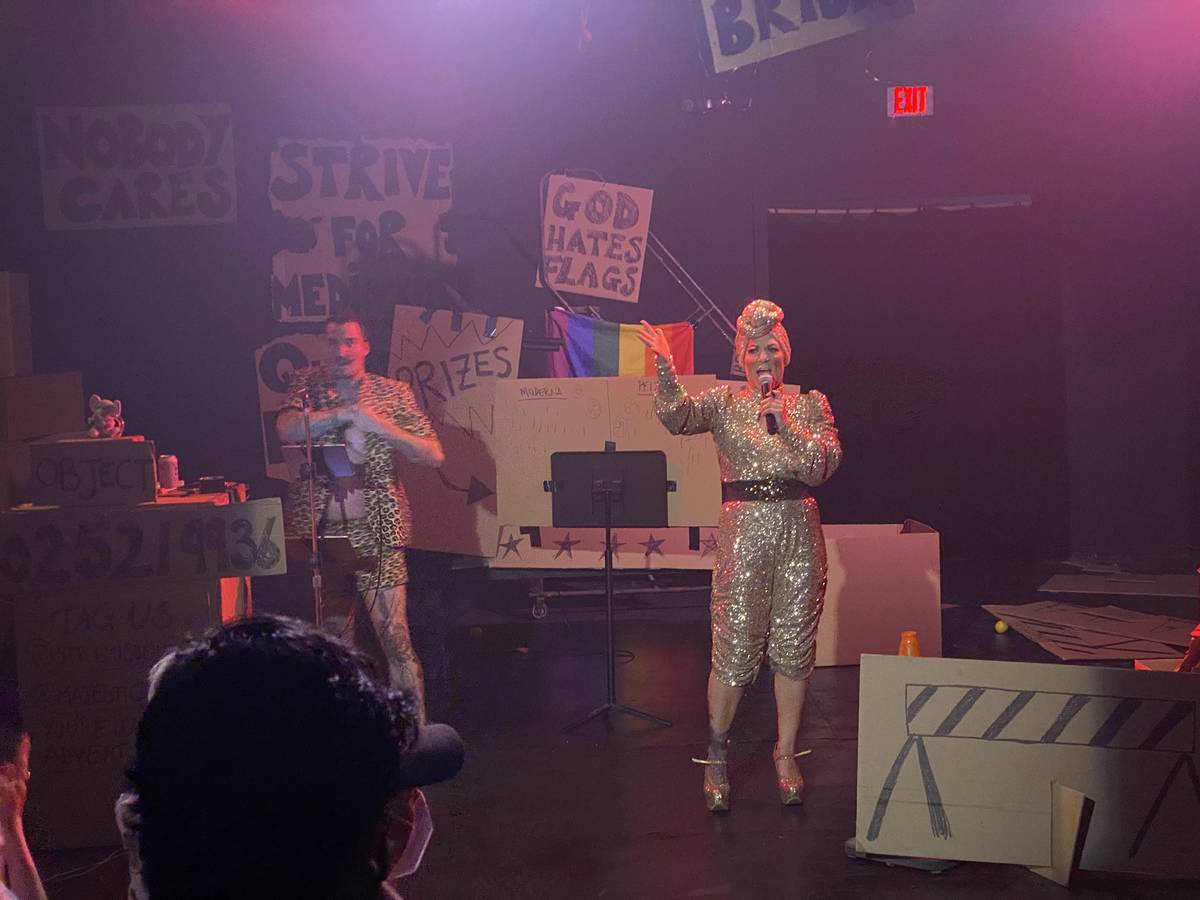 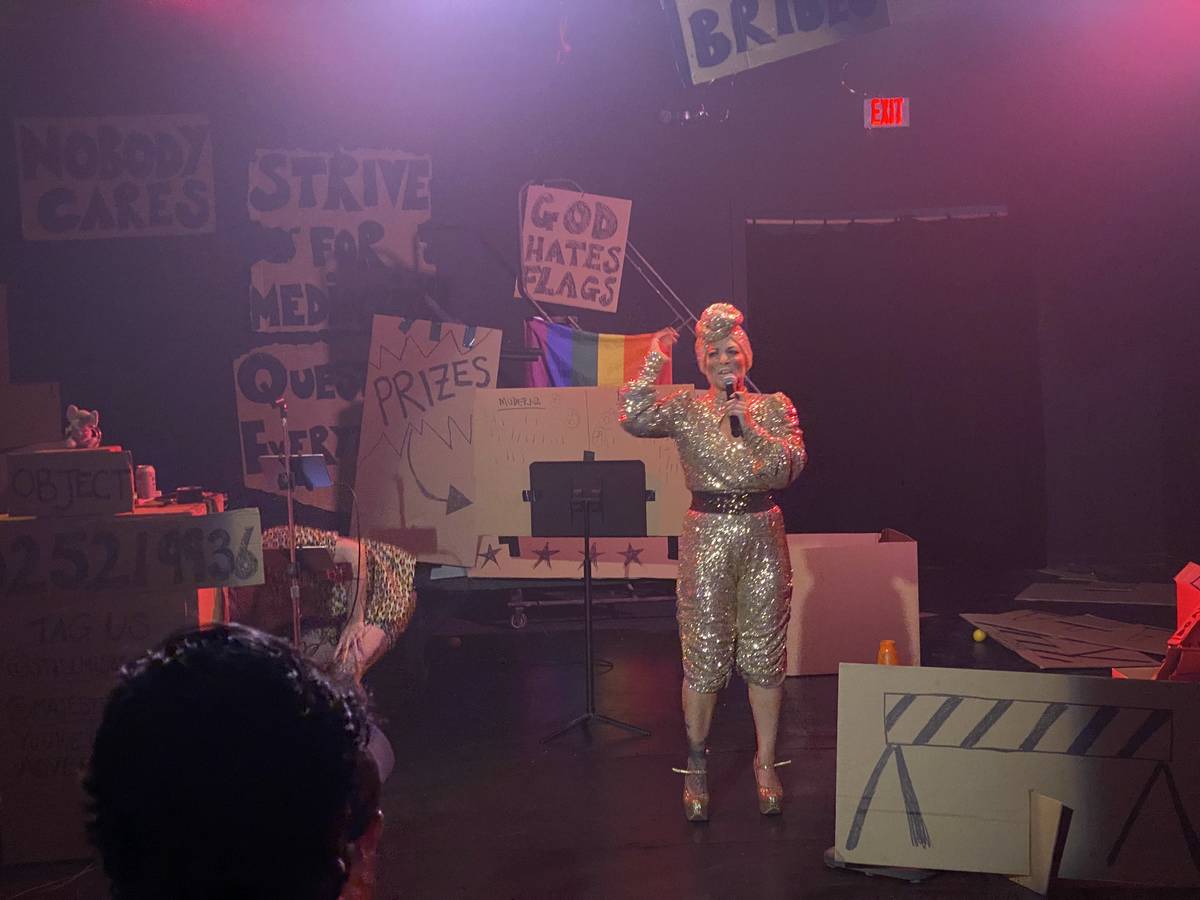 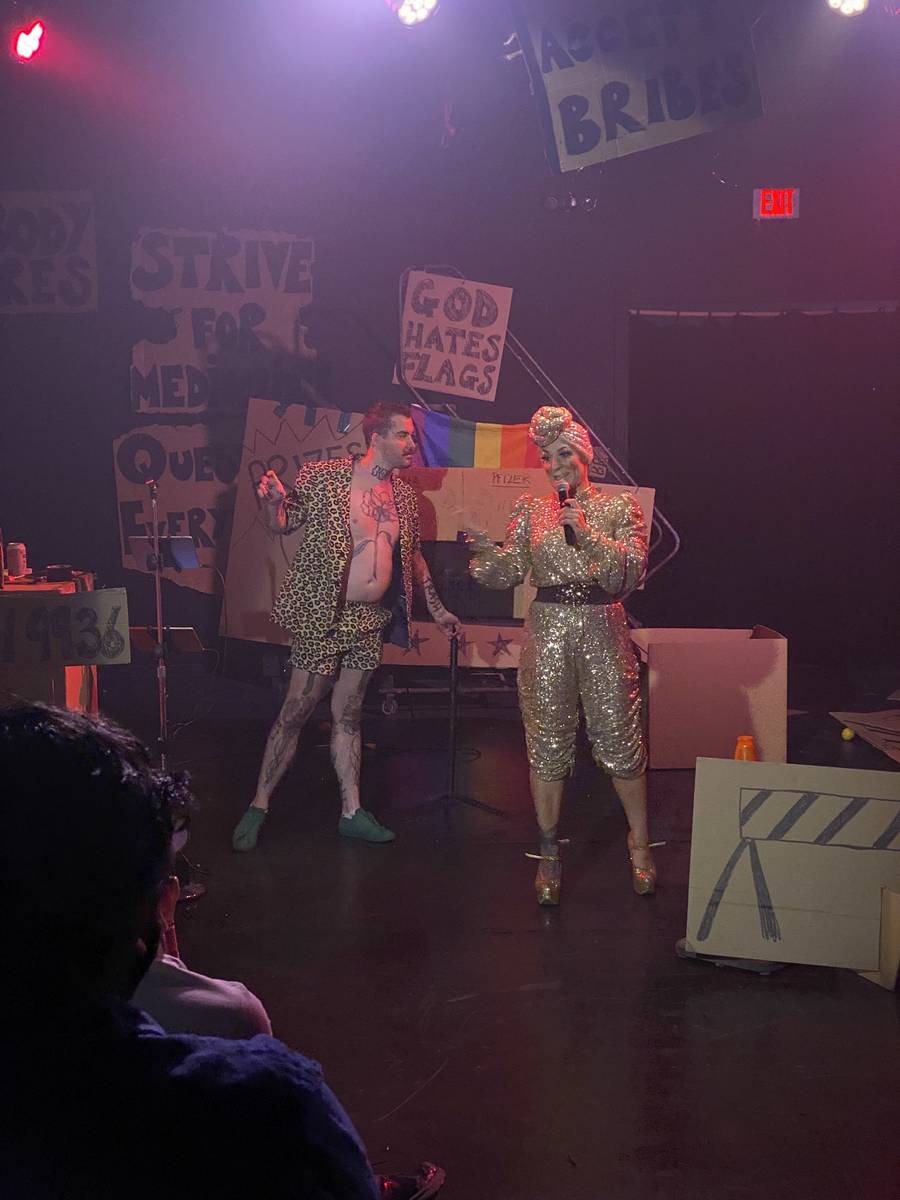 Liberty Loft is the most coveted Las Vegas Strip venue you don’t know about. Unless, you are a Vegas entertainer looking for a unique showroom in a 2,000-room resort.

The elevated venue at New York-New York is finally being put to the test as headlining venue, with none other than Terry Fator moving into the room Aug. 11. The 11-year ventriloquial headliner closes his limited engagement at the former Zumanity Theater on Sunday night. His new residency went on sale Saturday, with shows at 7:30 p.m. Wednesdays through Sundays (tickets run $49.99-$65.99, not including fees).

Reached Saturday, Fator said he was unable to talk formally about his future with MGM Resorts International. He’s been with the company since 2008, when he opened at The Mirage. He was set up as a limited-engagement headliner at New York-New York Theater, which will be home to a residency production likely by the end of the year.

For the uninitiated, Liberty Loft is an elevator ride to great potential. The room overlooks the sportsbook at New York-New York, located on the second floor above Tom’s Urban near the hotel’s Strip-facing entrance.

Over the past half-dozen years, performers and producers have poked their heads into the venue, reviewing its viability as a ticketed theater or showroom. Dating to 2015, Frankie Moreno kicked the tires when seeking a Strip residency. Mark Shunock checked the place out, before he developed The Space as a community destination. Melody Sweets reviewed the room after she left “Absinthe” (Sweets famously mistook the sportsbook betting board as a Wall Street stock readout).

It’s easy to see the reason for all the interest. The venue has enough space to host a mid-capacity show of 400-500 seats. It sits in a busy hotel on the lucrative corner of Las Vegas Boulevard and Tropicana Avenue. A performer with an inventive mind could make Liberty Loft something special.

But MGM Resorts has never partnered with a performer or show. It’s made more sense, profits-wise, to keep the room available only as a revenue center for private events. The closest we have seen to a show in that space was the Cirque du Soleil One Night for One Drop pre-party in 2017, when the production itself was staged at Zumanity Theater.

The room could be cool, if the ingress/egress issues are sorted out. The aforementioned elevator (well, two of them) are the only means to access the venue. But Fator has always said he can shape his show to 50 or 5,000. He’s looking at about 400 now, upstairs, with a Lofty opportunity.

COVID concerns have pushed back the July 30 comedy show co-starring Darrell Hammond and Jay Mohr at Notoriety Live at Neonopolis. Club proprietor Ken Henderson reports the two stars want to push the show back until the numbers are more forgiving. Column fave John Di Domenico is also on the show, produced and hosted by Christine Peake and also featuring Vegas club comic Kris Shaw and the Russian model/actress/stand-up Eugenia Kuzmina.

Word out of Park Theater is Bruno Mars’ upcoming shows Friday and Saturday are still very much on. The superstar recording artist missed his shows over this weekend for “unforeseen circumstances,” leading to speculation the postponement was COVID-related. No confirmation of such. Mars’ dates have been moved to Aug. 27-28.

To the question, “How many pounds has Gov. Steve Sisolak lost during COVID?” That’s the figure he shared Saturday at #VivaVaxVegas vaccination event at Linq Promenade on Saturday. Sisolak appeared alongside Penn & Teller. As the governor said, between his weight loss and Penn Jillette’s loss of 100 pounds, they have lost Teller.

It is “Sexxy” time once more at Westgate Cabaret. Jennifer Romas’ adult revue is back, as previously reported, restarting Aug. 6. The show will run 10 p.m. Fridays, Saturdays and Sundays.

During COVID, Romas also developed an offshoot “Sexxy” show at Larry Flynt’s Hustler Club. That production will continue to run. But Romas considers Westgate her entertainment home, understandably, as owner David Siegel has shown his loyalty to the production since Romas pitched him the “Sexxy” concept in November 2014.

“Westgate has been our home since the show began in January 2015 and the team is thrilled to be back on our home stage,” Romas says. “Our return to this iconic resort is yet another indication that Vegas is back, and we couldn’t be more thrilled.”

Amy Saunders has effectively knocked the rust off “Miss Behave Gameshow” over the past two weekends at Majestic Repertory Theatre in the Arts District. Saunders and her flexible, tattooed co-star Tiffany sold out all four performances at the Main Street venue.

The show is restricted to those who have proof of vaccination. The new format pits Moderna vs. Pfizer, with the two teams splitting the room. Anyone vaccinated with Johnson & Johnson is pushed to the wings. In one game, an audience member from either team frantically matches the actors’ names in the “Friends” cast with the characters from the show. This, while the theme song plays at an ear-piercing level.

This is much the same vibe as Saunders brought to The Back Room at Bally’s in July 2017, before she turned her attention to a more welcoming location. Saunders is built for the Arts District, and also Fremont East, where she has worked as entertainment director at Commonwealth for Ryan Doherty and Corner Bar Management.

What’s next? Likely more “Miss Behave” performances through the fall. Saunders and Majestic founder Troy Heard (whose name is a full sentence) have formed an inspired partnership. Look for more ideas, this year, from these two, and more Miss Behavior. As we say, the show with no rules, rules.