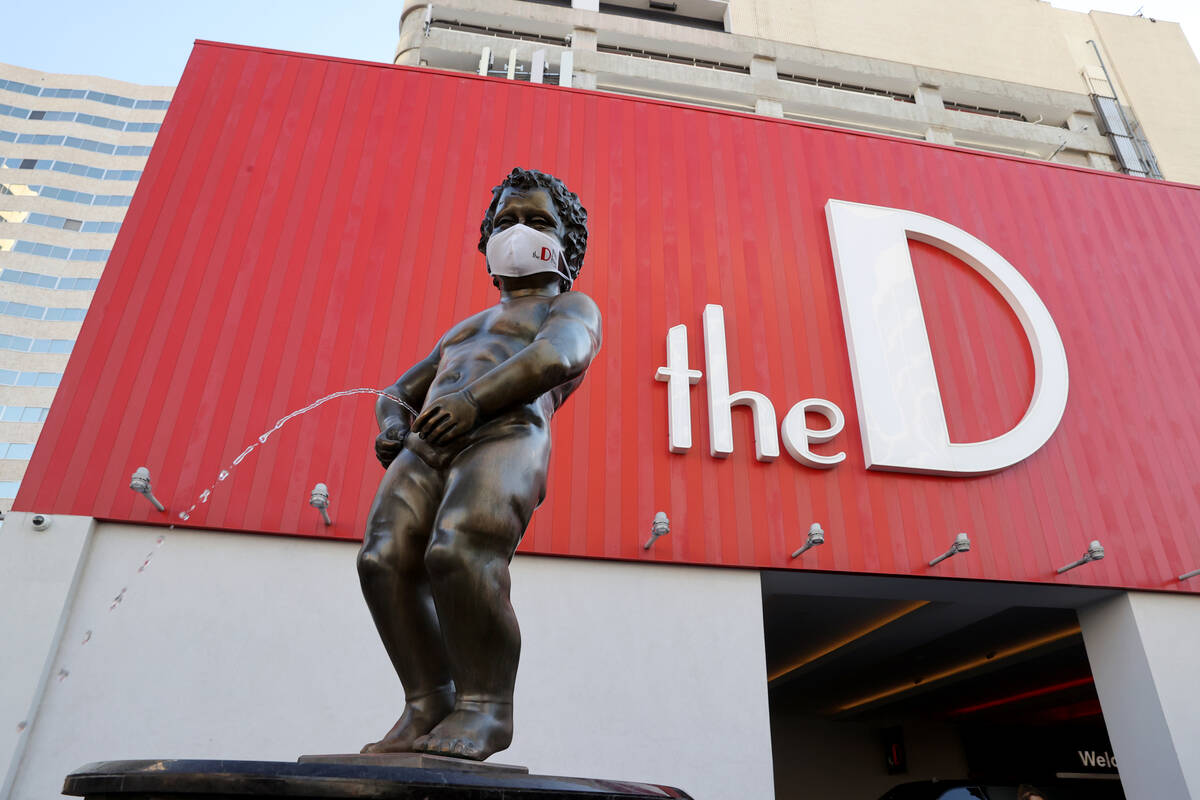 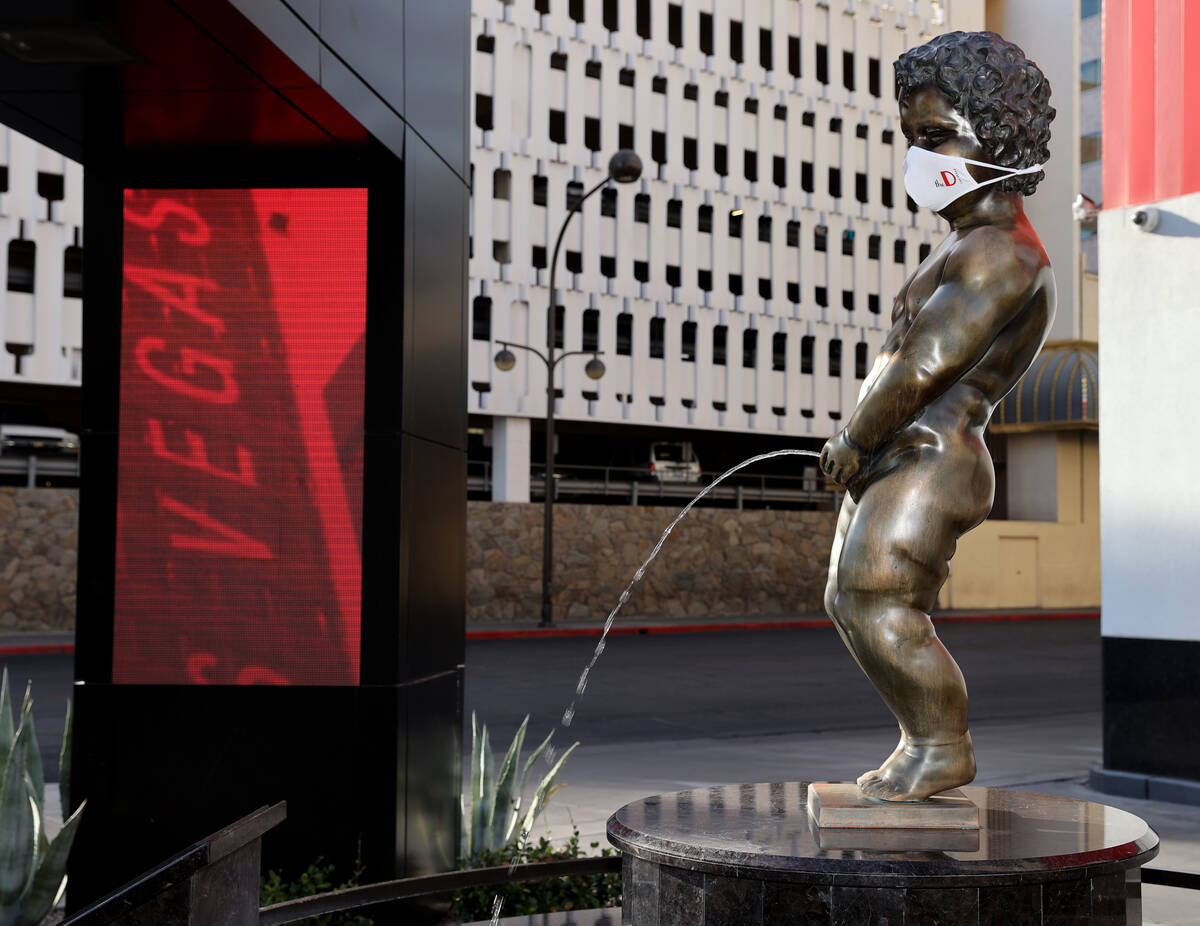 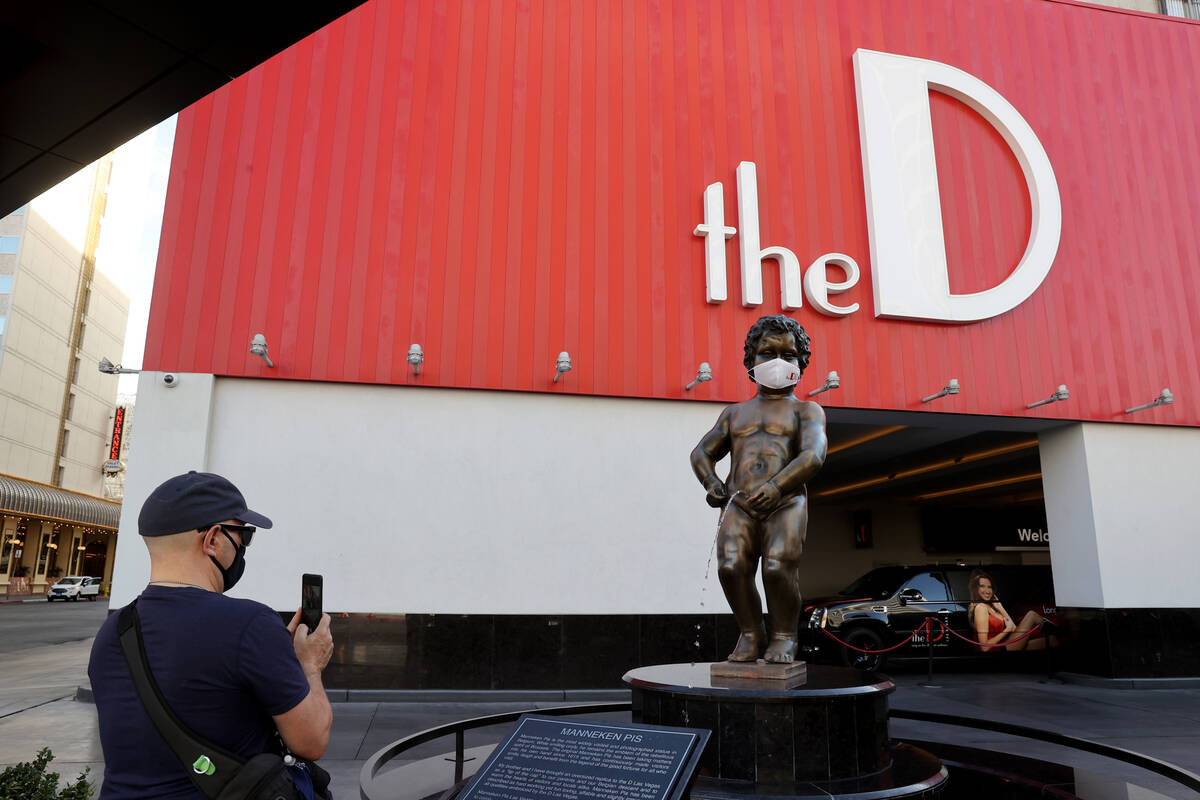 Manneken Pis, the statue at the front of the D Las Vegas, was sacked on Sunday night/early Monday morning as Life is Beautiful trickled to a close. Hotel co-owner and CEO Derek Stevens tweeted a surveillance video of a group of a dozen ne‘er-do-wells dancing around the Pis platform and into his little water fountain.

One of the groovers clambered up next to Mannekin, grabbing, bumping and disrupting the statue until it toppled backward. This all happened at about 2:30 a.m.

“They did a load of damage,” Stevens said. “It not look like they were maliciously out to hurt him, but son of a gun, they hurt him.”

Stevens is asking anyone with any information (such as visual identification, fingerprints and DNA samples) to contact the Las Vegas Metropolitan Police Department.

“The police will report back to me on what they find,” Stevens said. “I’m deeply involved.”

The hotel exec said the damage to the copper and brass, along with the stone stand and plumbing fixtures destroyed, would cost “a couple hundred thousand dollars, at least.”

“That is the number I am starting with,” Stevens said. The statue is now in a hotel workshop for repairs.

Stevens was sad, beyond the financial duress. As he said, “I love that little guy.”

The cherubic, bronze statue is found in front of the D’s valet on the corner of 3rd Street and Carson Ave.

The statue is a cheeky tribute to the 17th-century statue in Brussels, Belgium, Manneken Pis was brought to the hotel in 2015. The original was created by Hieronymus Duquesnoy the Elder and originally displayed in 1619.