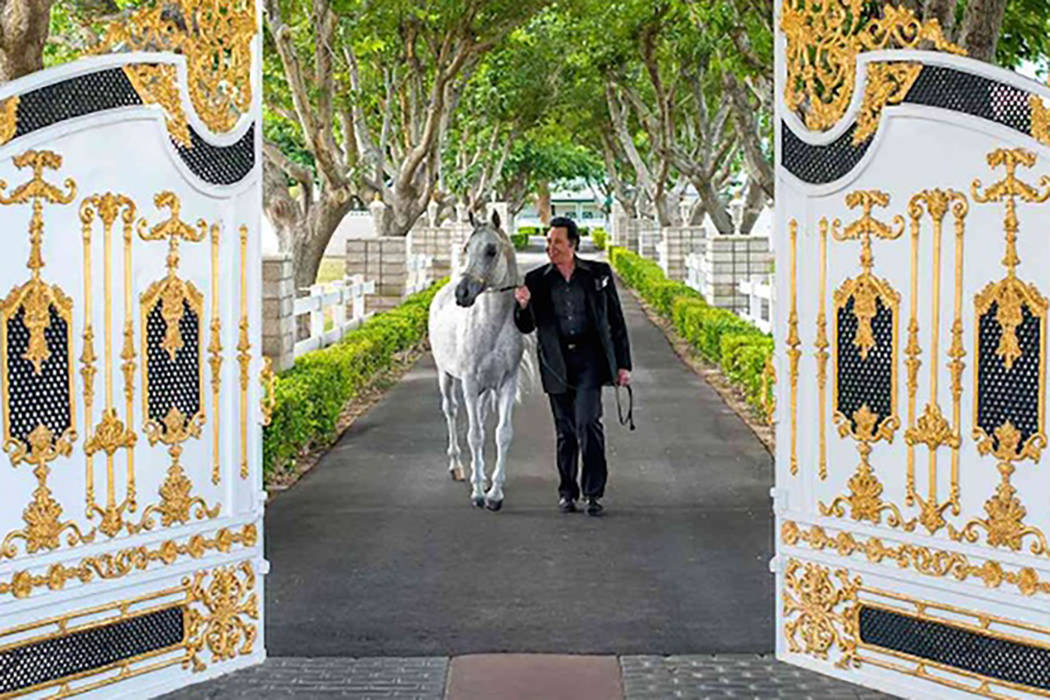 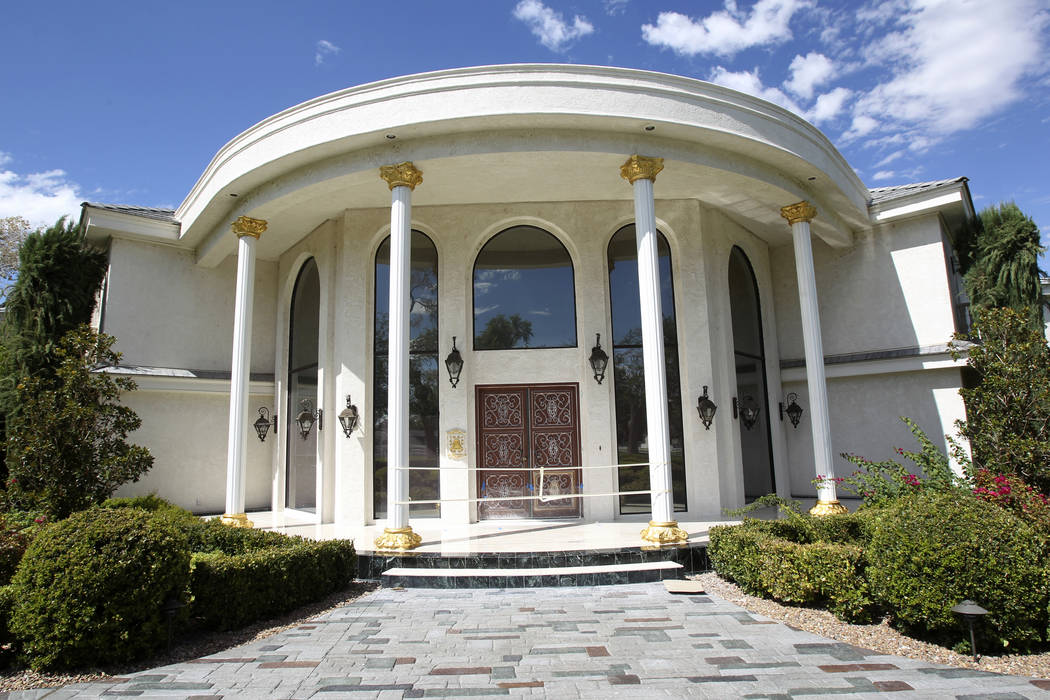 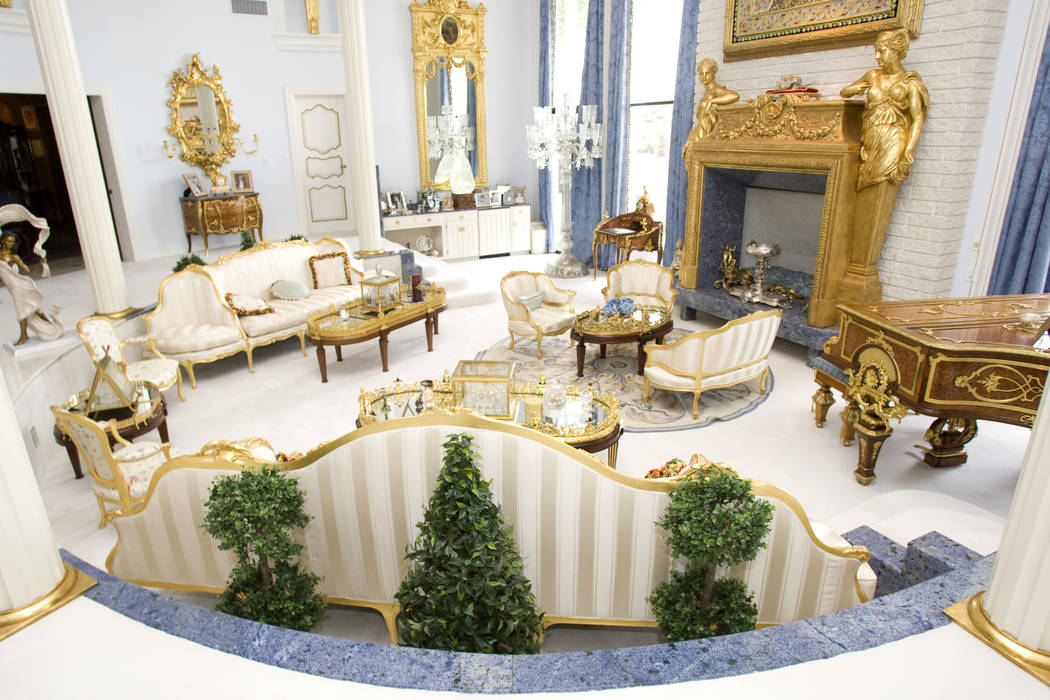 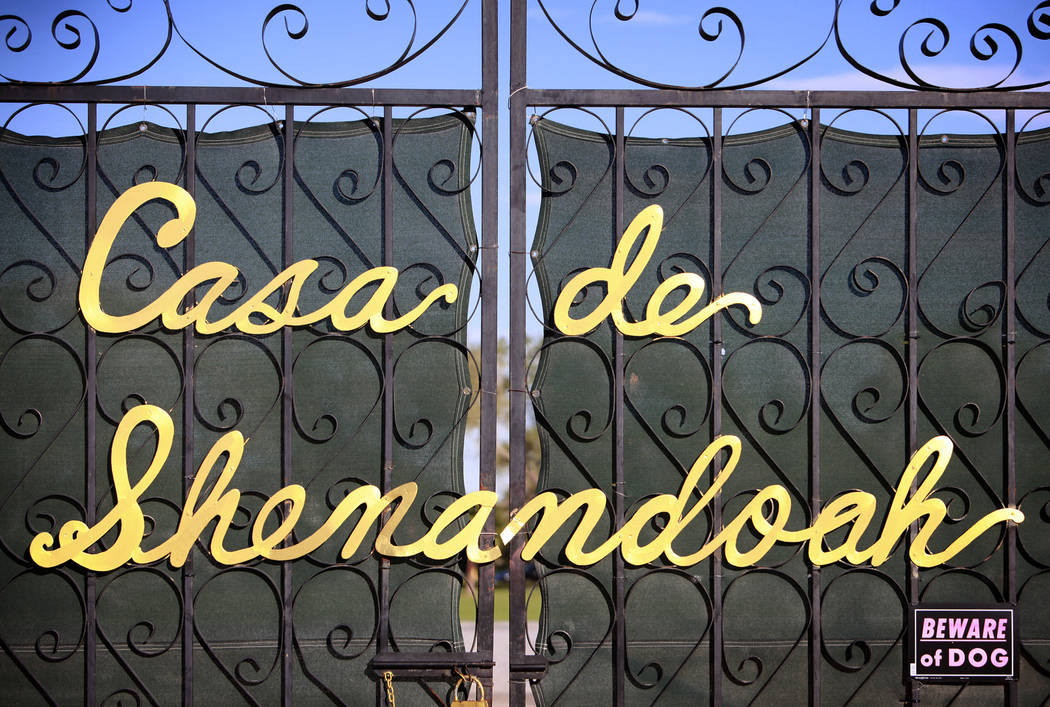 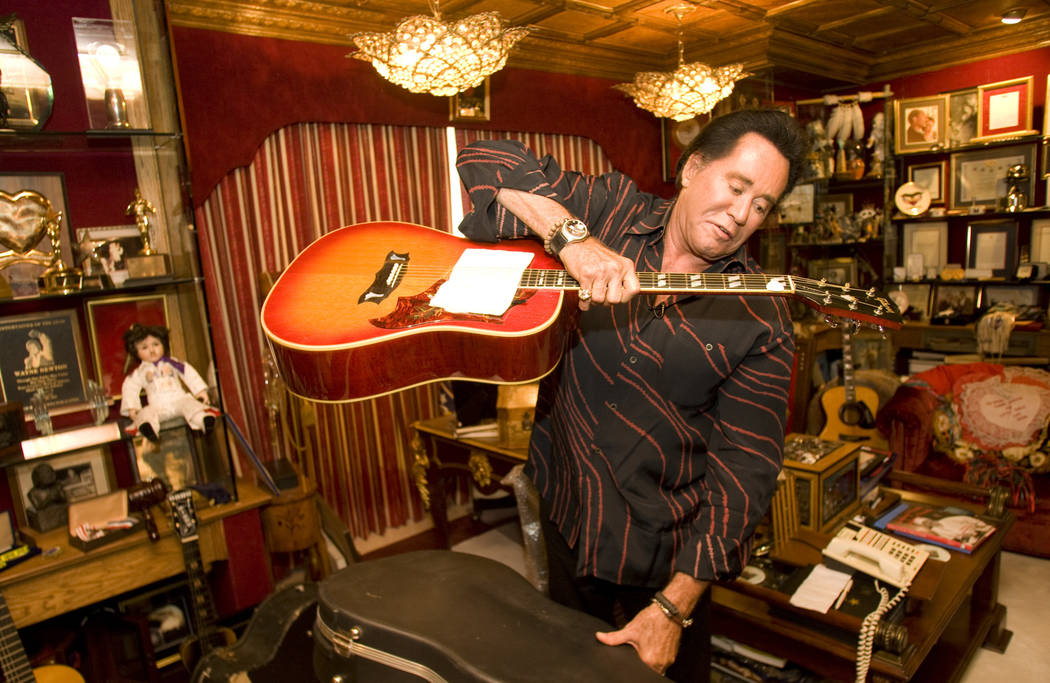 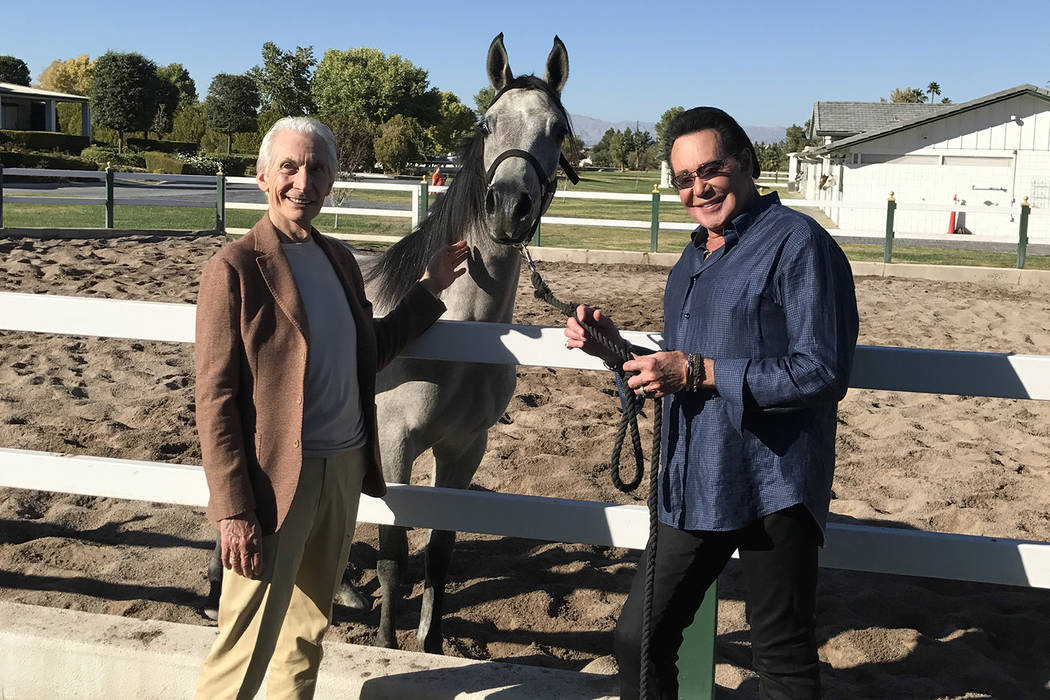 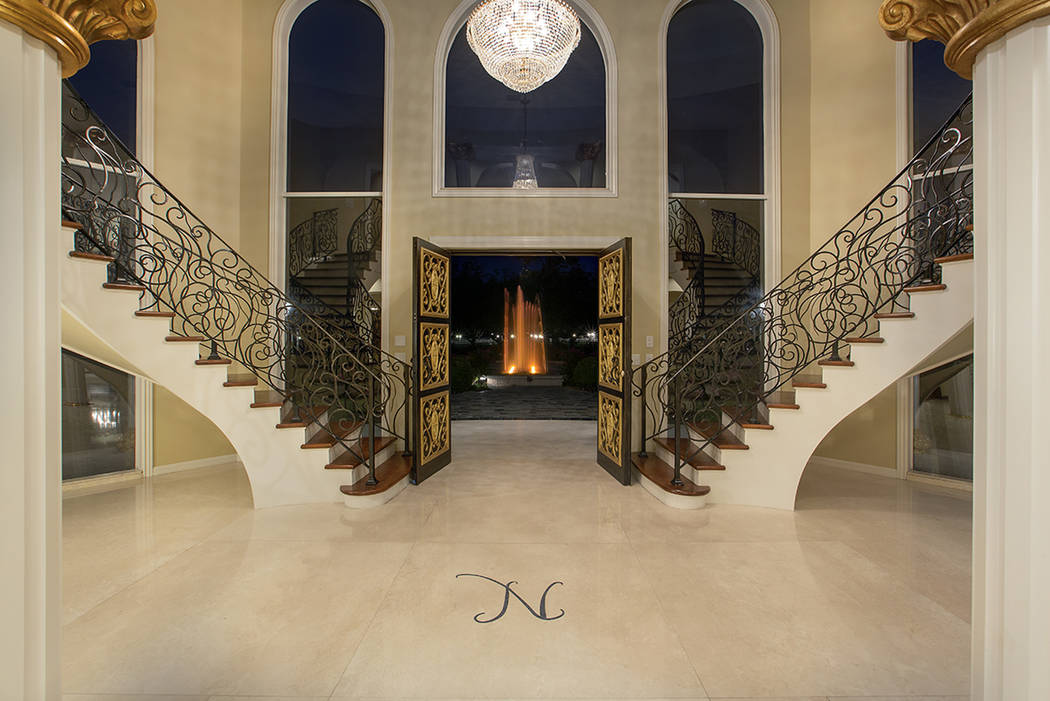 Wayne Newton says of the Casa de Shenandoah that Las Vegas has known for decades, “It’s over.” Mr. Las Vegas is now in a court battle to retrieve items from his life and career still stored at Shenandoah.

And Newton can’t have them back. Expect a fight, likely to be litigated by the courts.

“I am outraged that the new owners of my former home want to hide behind anonymity while they refuse to let me remove my irreplaceable memorabilia that I have collected my whole life, the antiques, art, other personal possessions, including family photos,” Newton said Thursday afternoon. “The lack of humanity is astounding. The last thing I want is another fight, but they have left me no choice. I believe that fighting for the truth is the right thing to do.”

Newton reiterates that he still owns the Casa de Shenandoah title and license, and that one day he might re-open the Shenandoah museum and tour elsewhere, though such a move is a far-off goal.

The legendary, 36-acre ranch property on the corner of Pecos and Sunset roads sold in July to the unidentified group Smoketree LLC for $5.56 million. The separate 10-acre parcel to the north, where the Case de Shenandoah museum welcome center, theater and gift shop has been located, sold for $4.9 million on Sept. 24 to Harsch Investment Properties.

A company owned by Lacy Harber, a banking magnate out of Texas and a well-known Newton fan, was the seller in both transactions.

Among the possessions still locked away by Smoketree reps at Shenandoah are costumes made by Newton’s mother, Evelyn, which Newton and his brother, Jerry, wore as a child entertainer; his bronzed baby shoes, a microphone given to him by Frank Sinatra, a pool cue from Jackie Gleason, a violin from Jack Benny, a bow tie from Bobby Darin, Nat King Cole’s make-up kit, and dozens of signed photos (including those from Presidents Kennedy, Reagan and both Bushes).

The Elvis Presley handwritten note on Las Vegas Hilton stationary, which inspired the hit song, “The Letter,” is also in the collection.

Newton has been able to move his 35 prized Arabian horses off the grounds but only after initiating legal action against Smoketree to settle the issue of who owns what on the property. A court ruling on Sept. 18 permitted Newton’s reps to pay a handling fee to enter the property to haul the animals to a separate location. That happened Sept. 27.

Left open is the issue of who owns the financially and sentimentally valuable items at Shenandoah. Newton, as expected, says those items are his personal property.

But Las Vegas attorney Jason Wiley, representing Smoketree LLC, says it is not that simple. He asserts that the buyers expected the belongings — aside from a few vehicles on display — to be part of the purchase.

Otherwise, Wiley says, “The burden of proof is on the Newtons,” to determine who owns the museum collection.

And how do the Newtons actually go about proving that, as their legal counsel Jim Jimmerson said in open court, “These bronzed baby shoes belong Wayne Newton.”

“That is the million-dollar question,” Wiley said. “There is no determination of ownership. If the Newtons provide a document of some kind of agreement in establishing the assets are theirs, the court will need to honor that.”

The Newtons plan to return to the property within the week to take inventory on the entire collection, making a case that they are the rightful owners of the valuable possessions. In court, Jimmerson said, “Everything that’s there belongs to the Newtons, save for three items. That’s the list.” He didn’t specify the three exceptions.

The dispute is the latest development in an ongoing saga at Shenandoah, which dates to 1966 as Newton’s fabled sanctuary filled with stables, his “white house” mansion, artisan ponds and home to his Arabians and many exotic animals. Newton sold off his majority interest in the property in 2010, leasing the property from Harber for his public museum attraction. The museum opened in September 2015 and closed in April 2018; the Newton artifacts have stored at Shenandoah since.

This spring, Newton had sought to buy the original Shenandoah property himself, issuing a $6 million offer to John Munson, Harber’s asset manager.

Newton says he felt that they had an agreement with Munson to make the purchase, and return triumphantly to the Shenandoah. He and his wife, Kathleen, and daughter, Lauren, actually began packing in May for a return to the property, only to learn Munson had sold to the anonymous Smoketree operation — for a price less than what Newton contends he had offered.

Wiley has adhered to his client’s request for secrecy.

“It’s a substantial property, and they don’t want their names to be public,” Wiley says. “I don’t know what the plans for the property are.”

Whatever they are, will not involve Mr. Las Vegas, who has already said good-bye to his famous ranch.