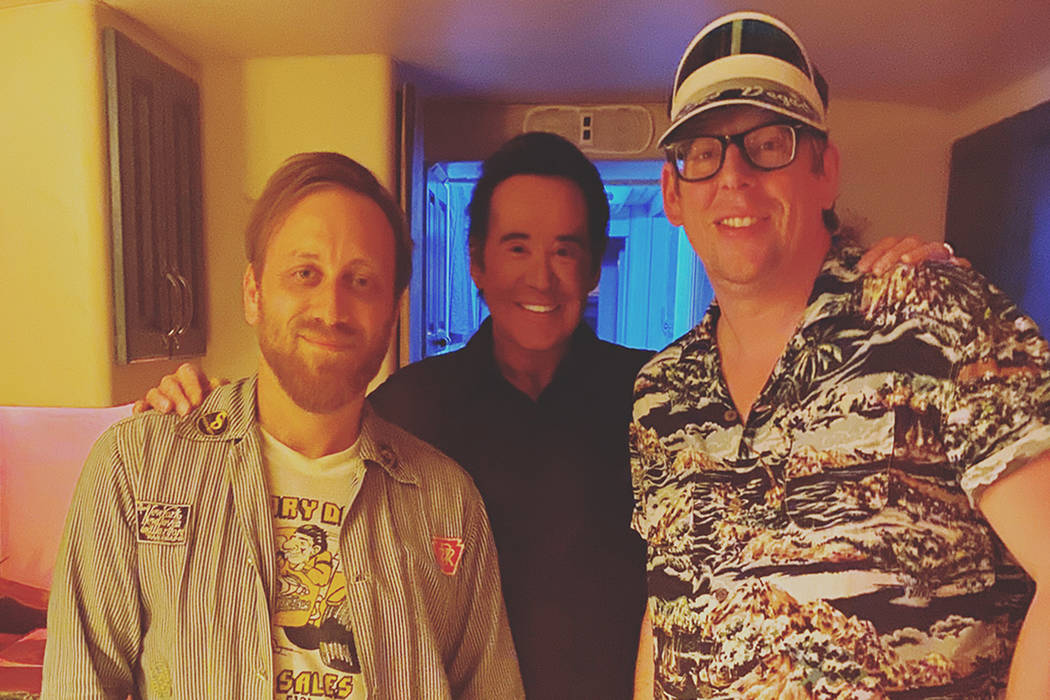 Wayne Newton, middle, is shown with Dan Auerbach and Patrick Carney of The Black Keys before Newton's unbilled performance on "Lonely Boy" at Life is Beautiful in downtown Las Vegas on Saturday, Sept. 21, 2019. (Lauren Newton) 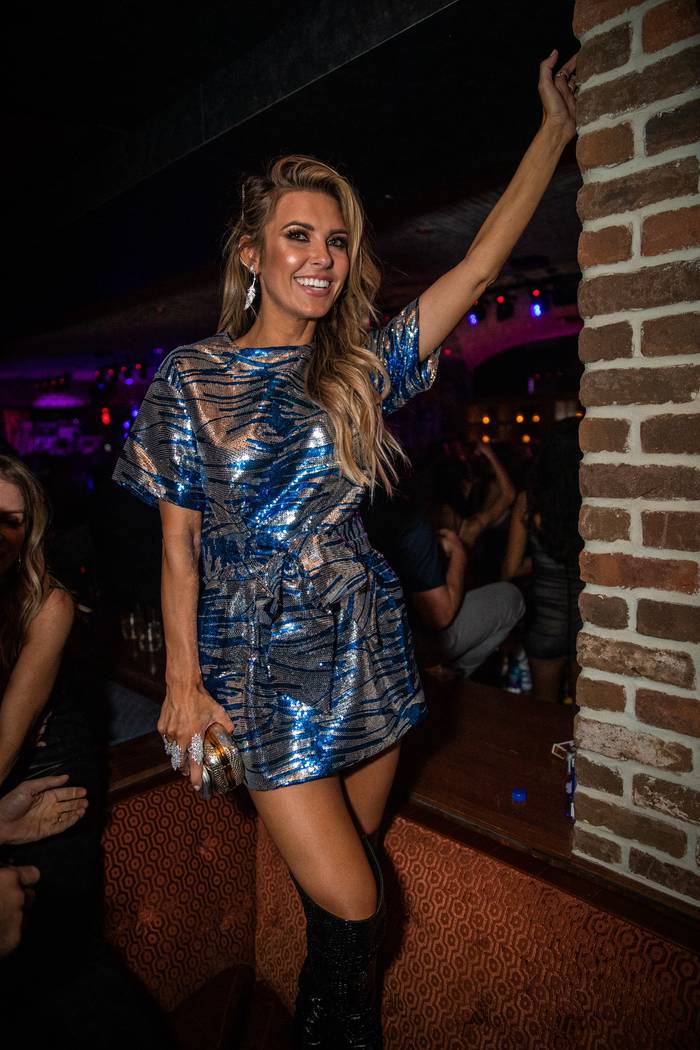 Audrina Patridge is shown partying at On The Record on Saturday, Sept. 21, 2019, (Tony Tran) 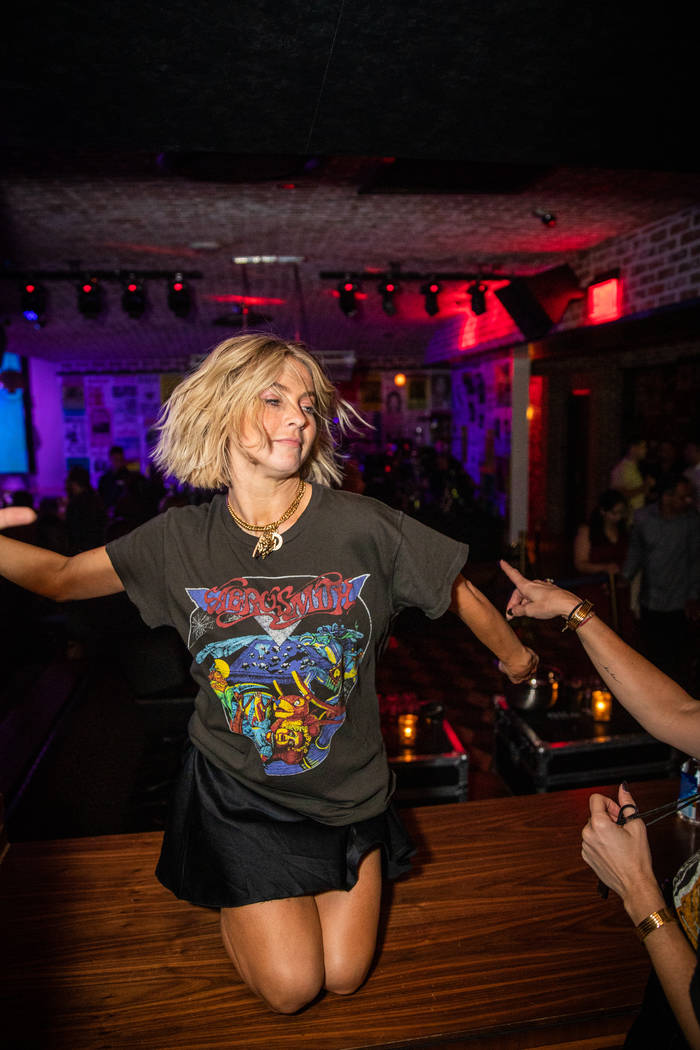 Julianne Hough is shown partying at On The Record on Saturday, Sept. 21, 2019, (Tony Tran) 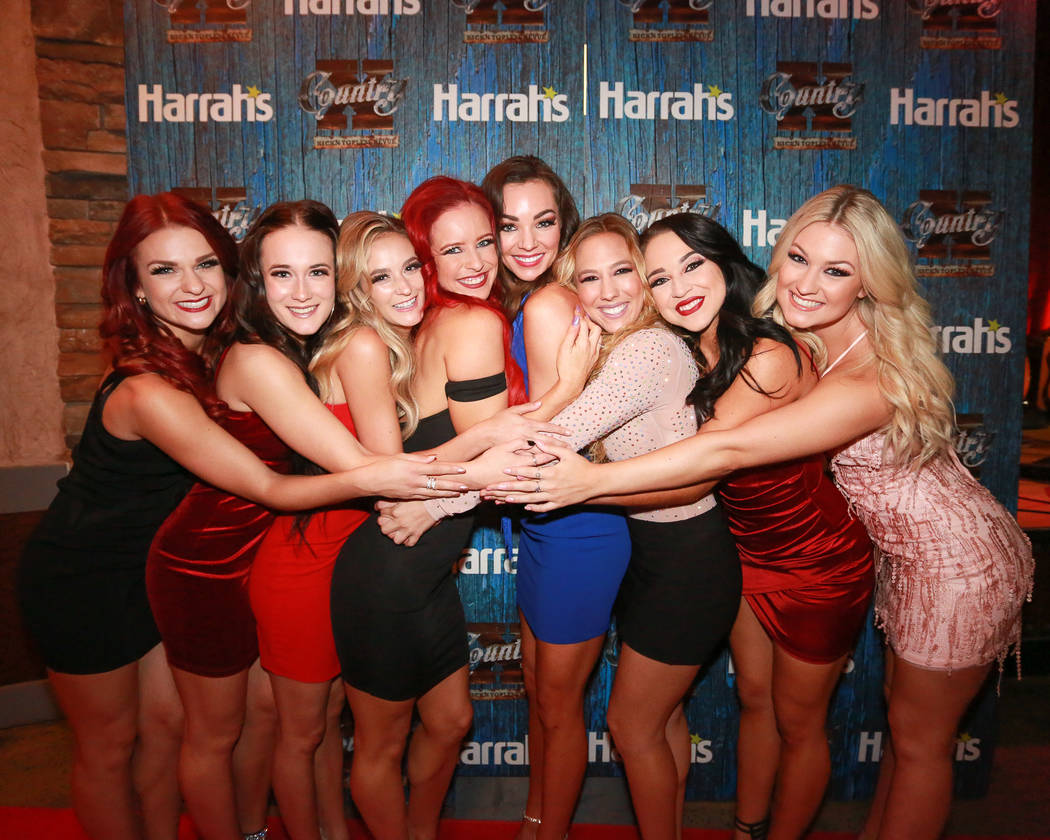 The cast of "X Country" is shown on the red carpet during the show's fourth-anniversary show on Thursday, Sept. 19, 2019. (Edison Graff) 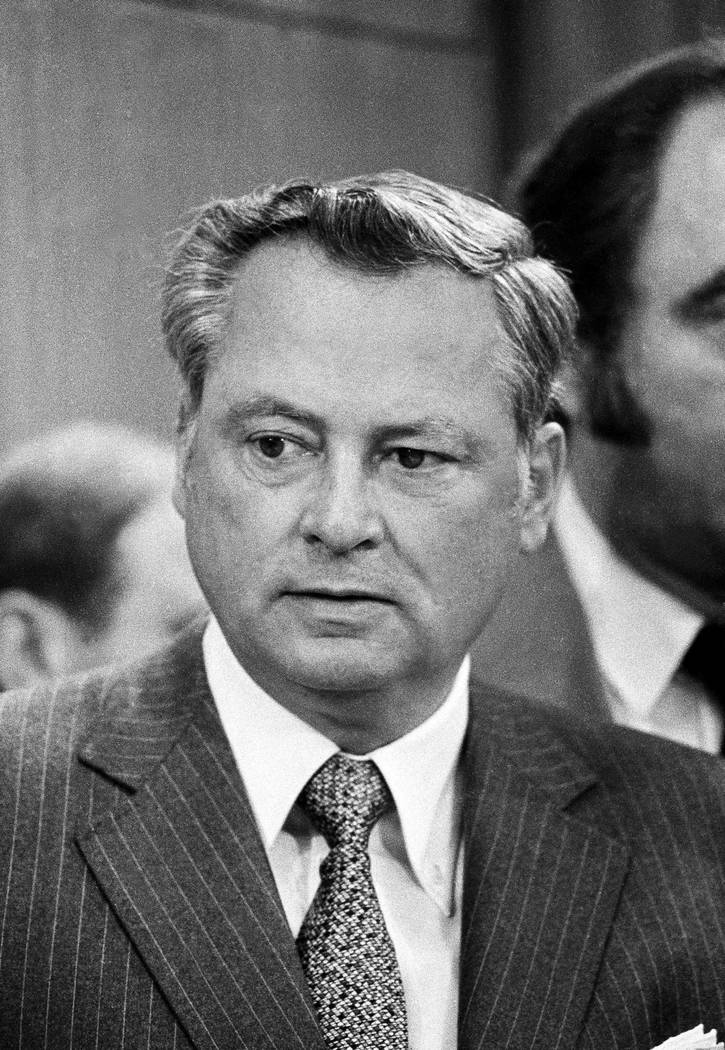 FILE - In this May 21, 1980 file photo, Barron Hilton, head of the Hilton Hotel chain, is shown in Chicago. Hilton, a hotel magnate who expanded his father's chain and became a founding owner in the American Football League, has died. Hilton's family says he died Thursday, Sept. 19, 2019, of natural causes at age 91 in his Long Angeles home. He transformed Hilton into the industry's top brand during his 30 years as its chief executive. (AP Photo/Charles E. Knoblock, File)

Lil Wayne didn’t show up, but Big Wayne did.

The requisite bedlam ensued when Newton hit the stage.

“It was hot! It was such fun! The crowd went ape!” Newton recalled in a phone chat Sunday afternoon. “I felt like a quarterback who had just thrown a touchdown pass to win the game. The crowd never stopped yelling, through the whole song.”

Lil Wayne, meantime, was a no-show for reasons not yet announced. His cancellation was a last-minute development, the latest in a series of cancellations for the mercurial rap star.

Newton’s participation was set up secretly, naturally, to maximize the impact of the Strip legend’s arrival onstage. Reps for the band called Newton during the week, asking if he’d join for the band’s show-closing song. Newton said he would, then did some research, asking his wife, Kathleen, to pull up some of the band’s music on her smartphone.

“I didn’t know them, but I recognized the song; I had heard it,” he said of the hit that garnered three Grammy Awards in 2012. “It actually feels a little bit like a country song, which is familiar to me anyway, because I started with country music.”

Newton also started not far from the Downtown Stage, at Carnival Room at the Fremont Hotel on Fremont Street, in May 1959.

“It brought back memories, being back downtown,” Newton said. “But I had a little bit bigger audience with these guys.”

It can be easy to lose sight of the fact that a name on a building is also the name of a person. Such is the case of the Hilton resort chain. Barron Hilton was such an individual.

Westgate Las Vegas Executive Director of Catering and Convention Services Ken Ratigan met Hilton in 1978, when Ratigan was a 21-year-old room service captain. Ratigan was directed to set up Hilton’s third-floor suite, which was outfitted with a pool table and a couple of pinball machines, including a Playboy-themed machine featuring Hugh Hefner and Barbi Benton.

“He walked in when I was setting up his bar and surprised me, so I said, ‘Can I get you a drink, sir?’ and he wanted a Kir on the rocks,” Ratigan said Saturday afternoon. “He could tell by the look on my face that I didn’t know what that drink was, so he walked me through the ingredients — crème de cassis and chardonnay. He was very easygoing with everybody, for someone who owned so many Hiltons.”

Ratigan said Hilton was known never to drink alcohol until after 5 p.m.

The resort baron was also one of the earliest Las Vegas hotel pioneers to give special attention to “whales,” or high-money players, building the famous Las Vegas Hilton Villas — including the 15,000-square-foot Verona Villa — for wealthy guests.

“He really understood that those customers needed beautiful residences,” Ratigan said. “Those Villas were built a long time ago, but they are still beautiful.”

Ratigan also remembers the annual Barron Hilton Invitational Golf Tournament at Las Vegas Country Club. Hilton offered a Rolls-Royce to any player who aced one of the par-3 holes. Hilton played in the tournament, too, and one year hit a hole-in-one in his own contest.

“We usually had a photographer at that hole to record the event, but somehow the photographer was not in place for his hole-in-one,” Ratigan said. “But there were a lot of people who saw it. Everybody followed him.”

In the middle of an alien invasion and a pair of weekend festivals, a country show celebrated an impressive anniversary.

“X Country,” in the Stabile Productions, um, stable, marked its fourth anniversary at Harrah’s Cabaret on Thursday night. Angela Stabile, who developed the show along with her husband, Matt Stabile, is originally from West Virginia and frequently visited the Grand Ole Opry in Nashville. Those experiences help inspire the numbers in “X Country.”

Stabile is also an original member of “Crazy Girls” in its days at the Riviera and is among the dancers who modeled for the famous “No If Ands Or …” promotional campaign.

The show’s DNA also reaches “Fantasy” at Luxor, as cast member Shelby Jordan is the daughter of Stephanie Sanchez, that show’s singer for nine years and today an entertainment exec at MGM Resorts International. What else … ah, Stabile is the other of guitar great Frankie Sidoris of Slash featuring Myles Kennedy & the Conspirators. This company has appendages — appendages, I tell you!

Walk in the Park

Julianne Hough and John Stamos rambled to the Aerosmith show Saturday night, with Steven Tyler posting on Twitter, “RIPPING IT UP WITH UNCLE JESSE @JohnStamos AND DANCING WITH @JulianneHough.”

The “uncle” is a reference was to Stamos’ character on the sitcom “Full House,” yet no reference to his days as Blackie on “General Hospital,” which was similarly influential.

Hough and Stamos also wound up at Mamma Rabbit bar and On The Record nightclub. The photos indicate revelry (and always, remember to remind tour friends that Hough is a Las Vegas Academy grad, because I do). Audrina Patridge also ducked into Mama Rabbit bar after appearing at iHeartRadio Music Festival. Auerbach and Carney, and members of Cage The Elephant, also took in the OTR scene. That shindig reportedly ran until at least 2:30 a.m.

Actor Taye Diggs was called to the stage in “Absinthe” during the show’s “What Would You Do For a Free Shot of Alcohol?” segment in the 8 p.m. performance Friday night. This is where a pair of male audience members — a “White Guy” and a “Black Guy” as announced by the Gazillionaire — perform a lap dance for a female guest seated onstage. The female then reaches for the crotch of the winner, who gets a free drink (this is funnier in fact than in writing).

Diggs, who presented at iHeartRadio Music Festival, tapped out of the competition after just two steps. This is known as a “Tribbiani,” in honor of Joey Tribbiani (Matt LeBlanc) from “Friends,” who famously cannot dance.