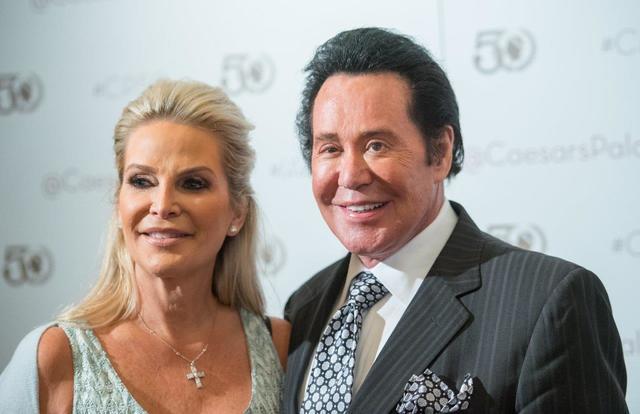 It was Kathleen Newton, wife of Wayne Newton, who imparted the news last week. “You need to know that Jerry died,” she said, pulling me aside Tuesday afternoon during a visit with the shoe designer Donald Pliner at the MAGIC convention at Las Vegas Convention Center.

Her reference was to Jerry Newton, Wayne’s only sibling, who died at age 75 of congestive heart failure at St. Rose Dominican Hospital, Siena Campus. The passing of Jerry, the lesser-known and older (by a year) of the Newton boys, closed one of the more remarkable chapters in Las Vegas entertainment history.

The Newton Brothers were the original act at Carnival Lounge at the Fremont, hired to play the downtown Las Vegas hotel in 1959. The two kids from Phoenix – still in their teens — became a popular draw at the hotel, playing six shows a night six nights a week, starting at 5 p.m.

Wayne was always more proficient and passionate about his craft than was Jerry, who was two years his senior and performed as the comic diversion during those long night. Inevitably, as Wayne’s star ascended, Jerry split from the act. The brothers broke up for real in the mid-1990s, over issues stemming from the deaths of their parents. They didn’t speak for more than 20 years.

But one day in April, out of the blue, Jerry Newton asked for a tour of the recently opened Casa de Shenandoah museum. The estate’s original house was Jerry’s home for years beginning in 1965.

“We reunited, if that’s a good word, when he actually called the Shenandoah, himself,” Wayne Newton said after a meet-and-greet with fans at a booth hosted by Pliner, a family friend. “I said I would be there myself, as a surprise, to lead his tour.”

In June, Jerry and his family took in Wayne Newton’s “Up Close and Personal” show at Windows Showroom at Bally’s. I asked Newton about the timing of his brother’s overture.

“My educated guess, knowing my brother, is that his sons leaned on him to make up with his brother,” Newton said. “That’s what I think happened.

The two had been speaking regularly through the spring and summer until about a month ago, when Jerry Newton was admitted to the hospital with what was thought to be pneumonia. His condition worsened, and Wayne Newton visited him in the hospital shortly before his death. Up until then, about all Newton knew about his brother was that Jerry had for years worked for a Las Vegas transportation company, shuttling tourists to and from McCarran International Airport.

“He was coherent, thankfully,” Newton said. “We had time together before the end, yes.”

Though the moment was fleeting, Newton says he is grateful to have rekindled the connection with his brother.

“I think I had gotten over all the animosity, when my parents died, years ago,” he said. “I was able to let all of that go, and I’m glad we had that last time together, I really am.”

The Lucky Dragon boasts a fancy design, an accessible (for most of us) locale next to Golden Steer Steakhouse on West Sahara, and five Asian-themed restaurants. What it lacks: A poker room, buffet, bingo enclave and sports book. A generation ago, this quartet of amenities would be considered a must for a Vegas hotel-casino. Now?

“You just listed four things that make no money in a hotel-casino,” Lucky Dragon Chief Operating Officer David Jacoby said during a hard-hat tour of the property Wednesday afternoon. There might be a partnership with a sports-book operator, post-opening, but nothing solid is planned.

The latest from the “Absinthe” saga at Caesars Entertainment is that the legal team representing Base Entertainment, the show’s co-producers, is battling co-producer Ross Mollison of Spiegelworld (referred to as Ross Mollison Productions or RMP in court docs) in Clark County District Court. Still in the offing is an actual court date, but Base says it is confident it has a solid case to prevent “Absinthe” from bolting Caesars Palace for the Cosmopolitan of Las Vegas after the show’s operating lease at Roman Plaza expires Oct. 21. Base and Spiegelworld are at odds over how the hot-selling show’s ticket revenue has been divided between the two companies.

A spokeswoman for Base issued a statement indicating that when the case is heard in state court rather than federal court, where it has previously been contested, the company will prevail: “Once this move happens, all previous rulings in federal court are moot. Base will expose RMP’s misrepresentations, and its reckless announcement that it will ‘move’ ‘Absinthe’ to the Cosmopolitan in October will be promptly stopped.”

Mollison has no comment on the ongoing legal dispute, nor does, we surmise, the Gazillionaire.