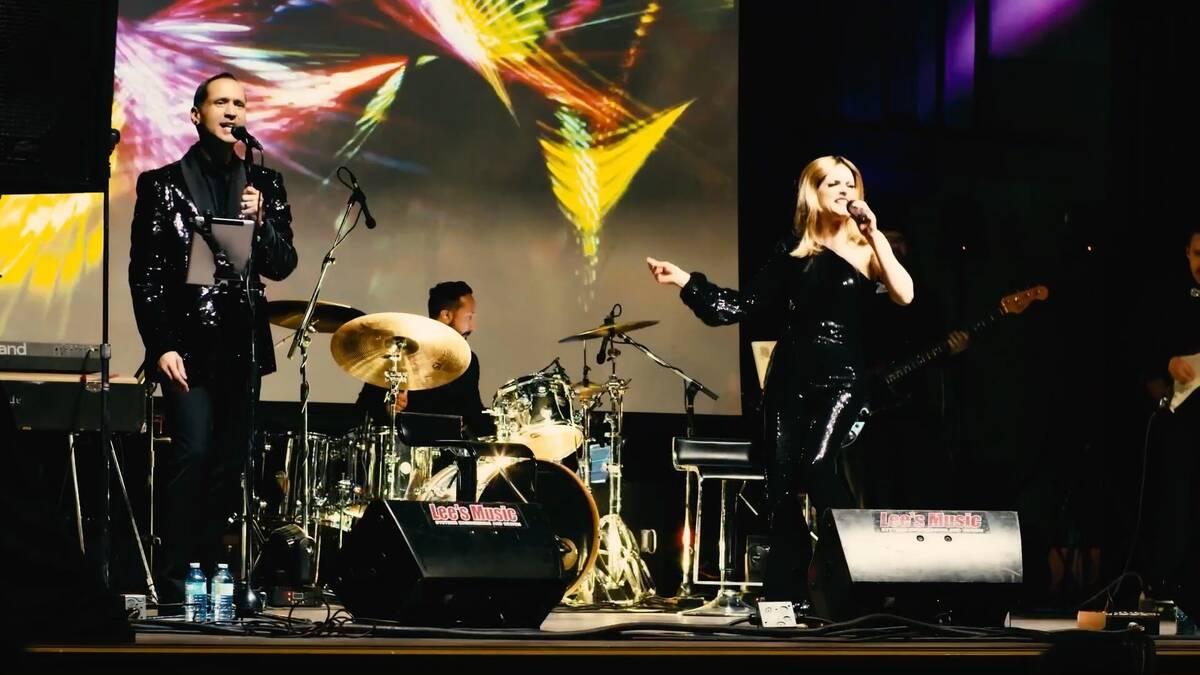 Justin Rodriguez and Sabrina Plaisance-Sia perform the song "Physical" in “The Olivia Show.” 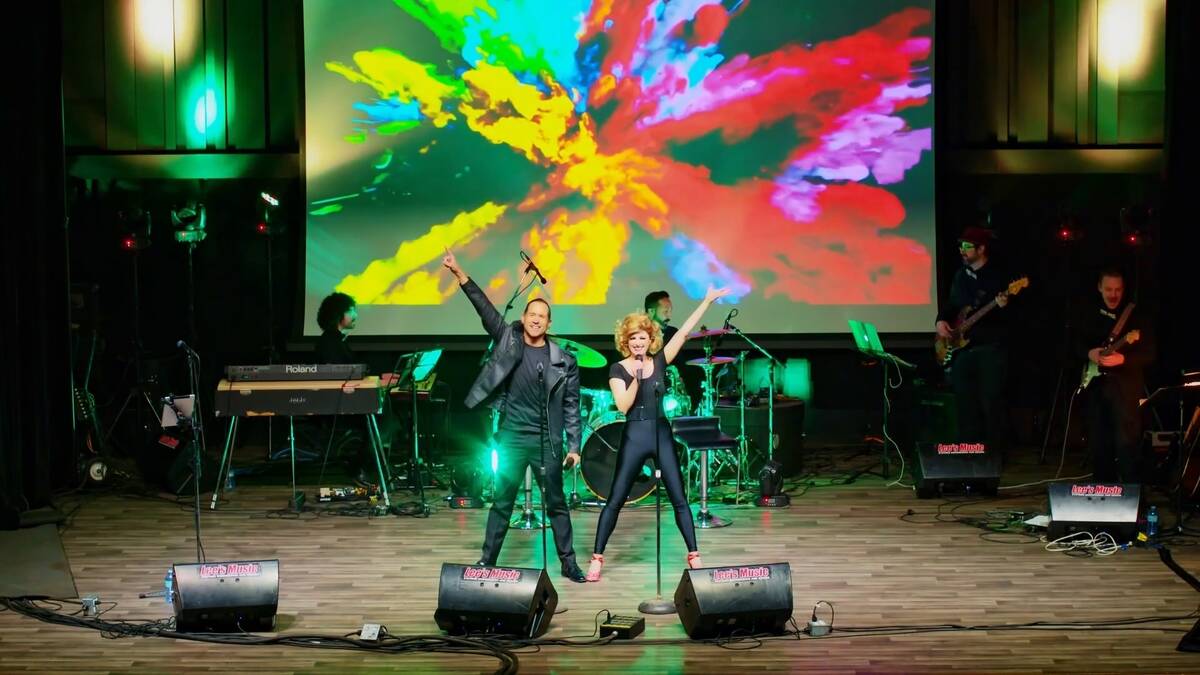 Justin Rodriguez and Sabrina Plaisance-Sia in the finale of "The Olivia Show." 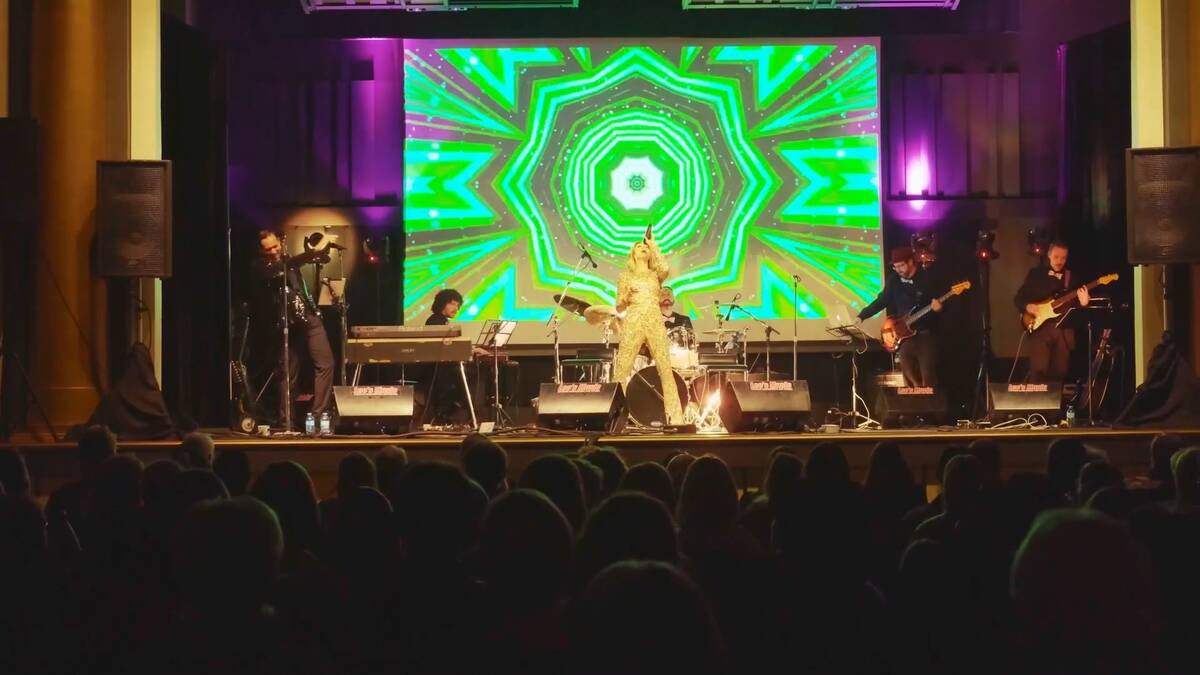 The show was created just before COVID-19 hit. It is premiering in Vegas just days after death of the artist for whom it is paying tribute.

Suffice to say, the creators of “The Olivia Show” have become accustomed to difficult timing.

The musical tribute to Olivia Newton-John is playing 2:30 p.m. and 7:30 p.m. Saturday at Summerlin Performing Arts Center. These shows were booked months ago. Originally, four shows were set for the weekend, but sluggish ticket sales merited just the two for Saturday.

The production was about to push more messages on social media to spur sales. Then Newton-John died Monday.

“We had figured out how to perform the two shows, then this happens,” says Sabrina Plaisance-Sia, who plays the Newton-John lead. “I haven’t posted a thing about it, no advertising, no social media, because it just feels wrong. I’m torn. It’s my livelihood, but oh my goodness it is also so sad.”

But the performances will come off.

“There will be a video referring to her passing, and we will promote Olivia’s cancer charity,” Plaisance-Sia says. “I don’t know if I’ll say anything, though. I don’t think I’ll be able to keep it together.”

The production played Kamloops in British Columbia, Canada in May. It had been moving toward its Vegas debut, this modest two-show run at the Summerlin Theater, when news of Newton-John’s death broke.

Plaisance-Sia and her husband, the drummer and arranger Dan Sia, envisioned the show about three years ago. Over the past dozen years, the couple has established ample Vegas performance experience. Plaisance-Sia has performed in such small-capacity shows as “50 Shades The Musical Parody” at Bally’s, and “Sex Tips” at Paris.

Sia backs “All Shook Up” at Alexis Park and the Bee Gees Gold tribute production. He also swings in “MJ Live” at the Tropicana and “Zombie Burlesque” at Miracle Mile Shops at Planet Hollywood.

Plaisance-Sia is a devoted fan of Newton-John, particularly her oft-underrated vocal range. “The Olivia Show” was built with the couple writing the show and Dan re-charting Newton-John’s greatest hits.

Rodriguez sings duet through the show’s “Grease” section. A singer of vast range, Rodriguez has experienced several twists and turns in his career (currently fronting Live Music Society at Mandalay Bay and The Strat, and 90s Station on Saturdays on Fremont Street). But this is new territory for him, too.

“It’s just the most bizarre thing, because we need to promote a show that really needs promotion, but we are very respectful of what has happened,” Rodriguez says. “We don’t want to make it look like we are capitalizing on her death. We want to honor her and still be able to do this show. We need to find the classiest way to do this.”

“The Olivia Show” is written as a lighthearted, sentimental voyage through Newton-John’s career. The performers say they can deliver that message, even in Newton-John’s passing.

“She was such an inspiration that it never even crossed my mind that we’d need to deal with this,” Plaisance-Sia says. “I thought she would live until she was 90. It feels way too soon, but we will honor her memory and pay our tribute.”

Wayne Newton and members of the Las Vegas Academy Choir are set to sing the national anthem at Sunday’s Raiders-Vikings preseason lid-lifter at Allegiant Stadium. It’s yet another very Vegas move by the Raiders entertainment team.

Vinny for the win

Tyriq Johnson’s Serpentine Fire tribute to Earth Wind & Fire, which has just about sold out Myron’s at the Smith Center on Friday night. There might be a few singles (tickets, we mean) out there. But catch this band, anytime, anywhere. It burns.

We keep hearing of a Jeff Kutash production being pitched around town. Something with a legendary pianist at the center. We’ll see if this will fly, soon enough.

Our friends at “27,” the rock retrospective that most recently played 24 Oxford at Virgin Hotels. The show deserves an audience, for meetings and for the stage. It’s great.

The Ravello Lounge at M Resort has been renamed Amp’d. Because the music’s amperage is being jacked up, we understand. That leads us to…

Zowie Bowie makes its debuted at the new Amp’d at 8 p.m. Saturday. ZB has rocked many venues, including several that no longer exist (The Lounge at the Palms, Ovation Showroom at Green Valley Ranch and The Pub at Monte Carlo). Chris Phillips can still amp up any scene. No cover. Prepare to groove.