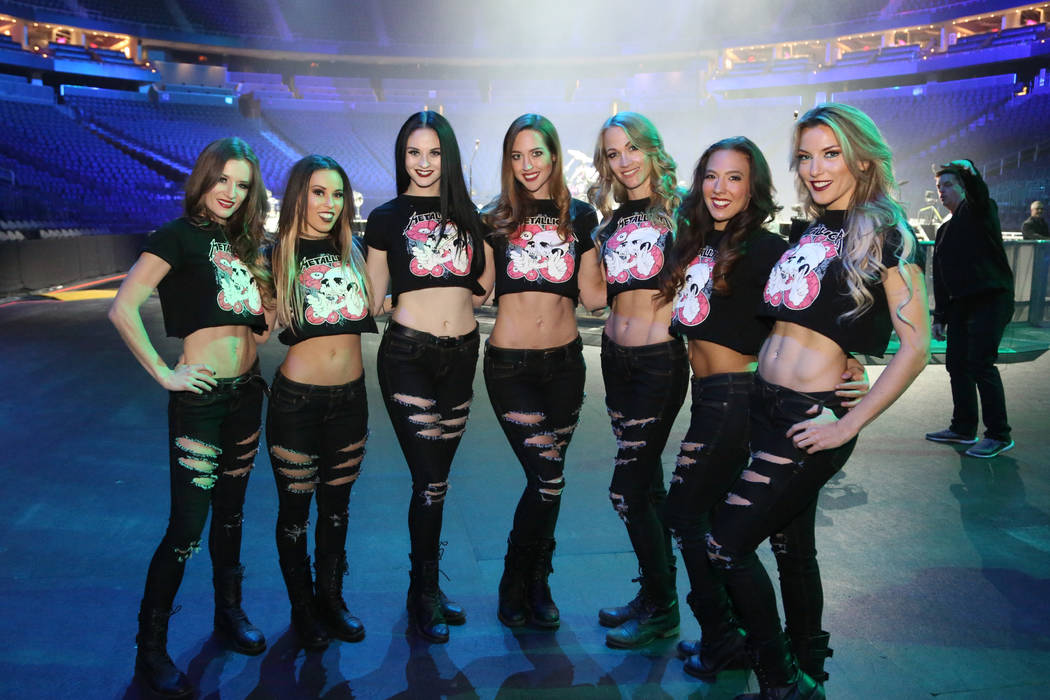 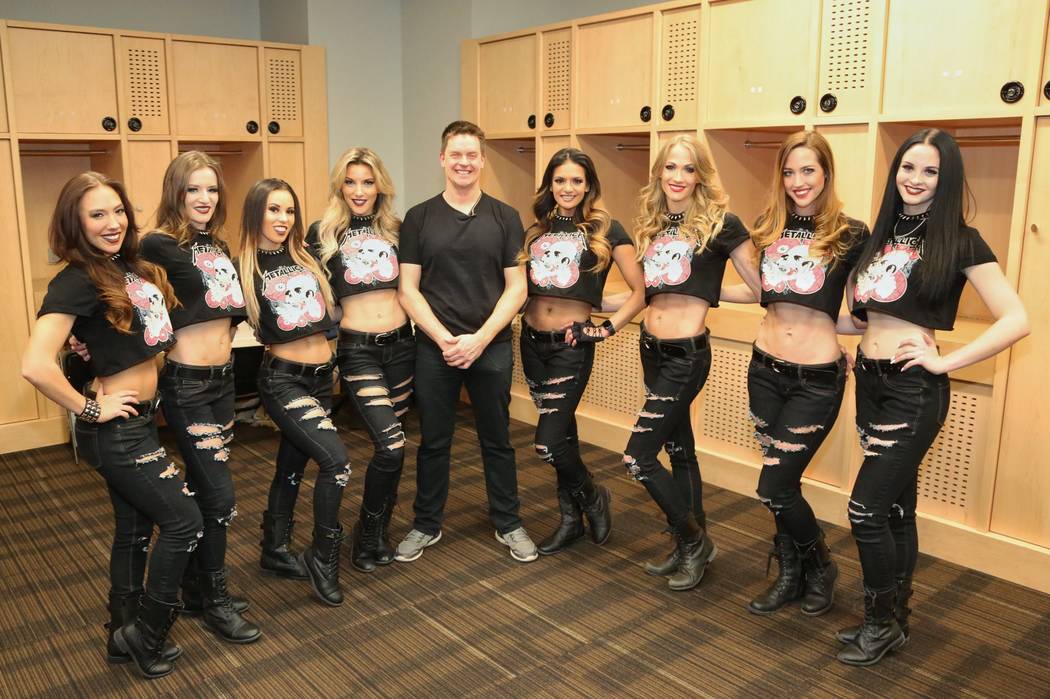 Comic Jim Breuer is shown with the cast of "X Rocks" at T-Mobile Arena prior to the opening of the Metallica concert on Monday, Nov. 26, 2018. (Edison Graff) 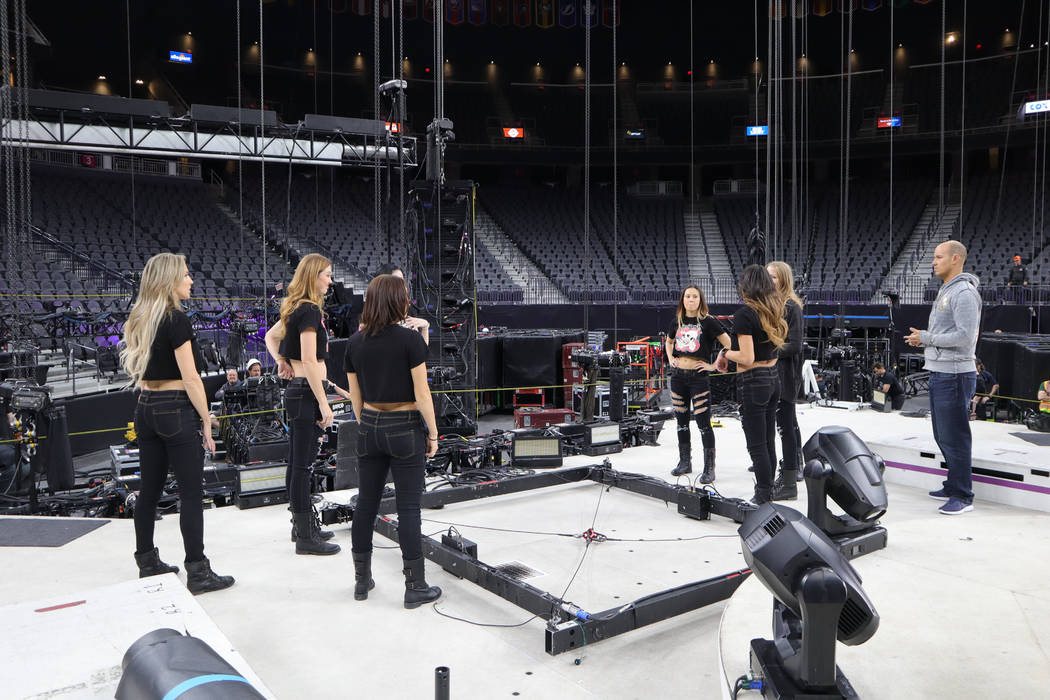 Choreographer Anthony Cardella is shown with the cast of "X Rocks" at T-Mobile Arena prior to the opening of the Metallica concert on Monday, Nov. 26, 2018. (Edison Graff) 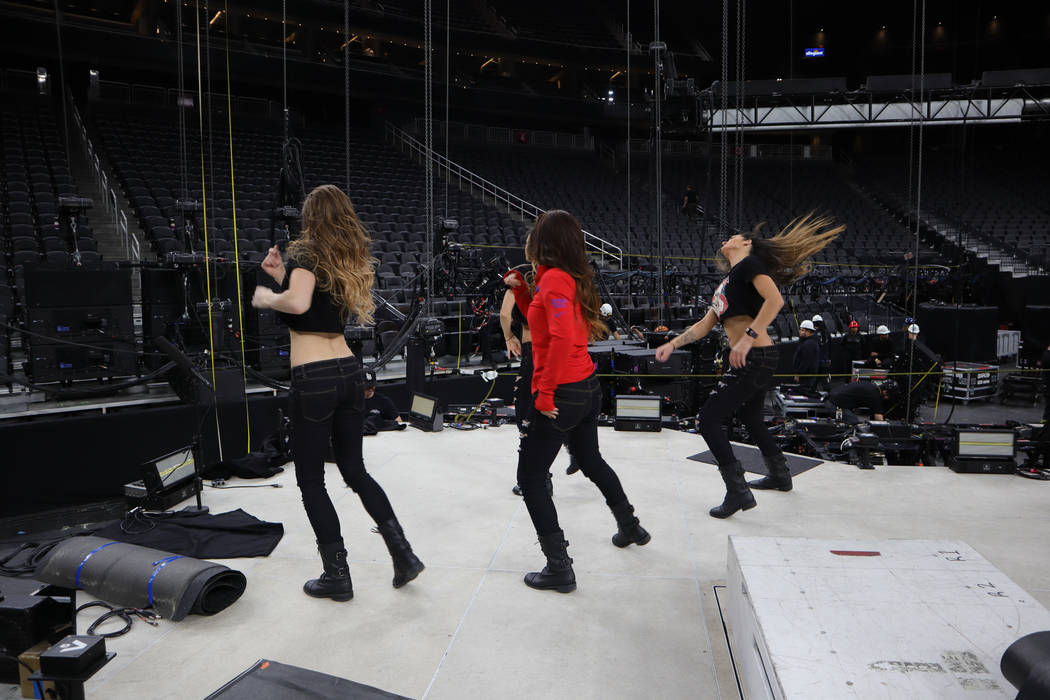 The cast of “X Rocks” never anticipated dancing to the karaoke dronings of comic Jim Breuer in front of 20,000 manic rock fans on a Las Vegas stage.

But that is what happened on Monday night. The performers in the Stabile Productions’ adult review at Bally’s shook and shimmied to help Breuer open Metallica’s sold-out concert at T-Mobile Arena.

“I was super-nervous to the point of, ‘Is this really happening?’ ” dancer Briana Chance said in a phone chat Tuesday morning. “I’m still on a high from it.”

Breuer has served as Metallica’s opener during its ongoing “WorldWired” tour, and sings karaoke to a medley of heavy-metal anthems as part of his show-opening shtick. When he opened that segment, he called up the eight-woman troupe from “X Rocks,” which swung through such classics as “Crazy Train” by Ozzy Osbourne, “Highway to Hell” by AC/DC, and “You’ve Got Another Thing Coming” by Judas Priest and “Walk” by Pantera (during which, the late Vinnie Paul’s image was shown on the LED screens, to the crowd’s delight).

Dig it: From last night, @xrocks_theshow grooves it up to open @metallica show. 🎥@edisongproductions

“The hardest part was not to get too caught up in the emotion and just start going wild,” Chance said. “I keep saying wild. I don’t know what other word to use. It was wild.”

Producers Matt and Angela Stabile said many of the dancers were in tears as they left the stage. The entire moment was assembled through pure fate. The Stabiles also produce Piff the Magic Dragon, who headlines at Bugsy’s Cabaret at Flamingo Las Vegas, where “X Burlesque” is the Stabiles’ resident revue. Piff (legal name John van der Put) and Breuer share the same national publicist. Van der Put suggested one of the Stabiles’ dance troupes appear onstage with Breuer, and “X Rocks” was a tidy tie-in for its name and hard-rock theme.

The idea was hatched Wednesday. Two rehearsals with choreographers Anthony Cardella and Meeka Onstead sufficed as the dancers’ show prep.

We have groovers! @xrocks_theshow jump starts the @metallica experience @tmobilearena

Chance was not necessarily an avid Metallica fan going into the appearance (though she is big into the band now), but grew up in a rock environment as her father, David, is a former lighting director for the Grateful Dead through most of the band’s touring career.

But Chance, the daughter, had not been onstage in an arena rock show before Monday night.

“I’ve never done anything close to this,” she said. “It was so amazing. I want to do it again.”