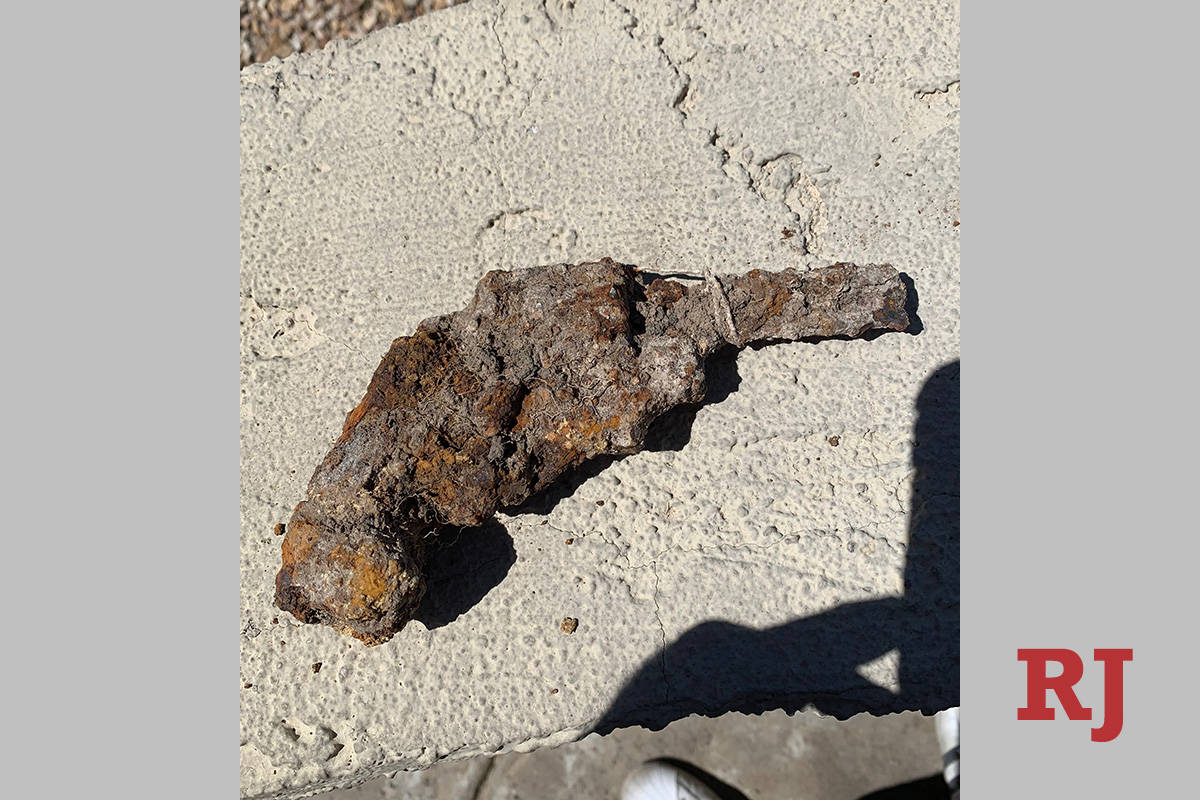 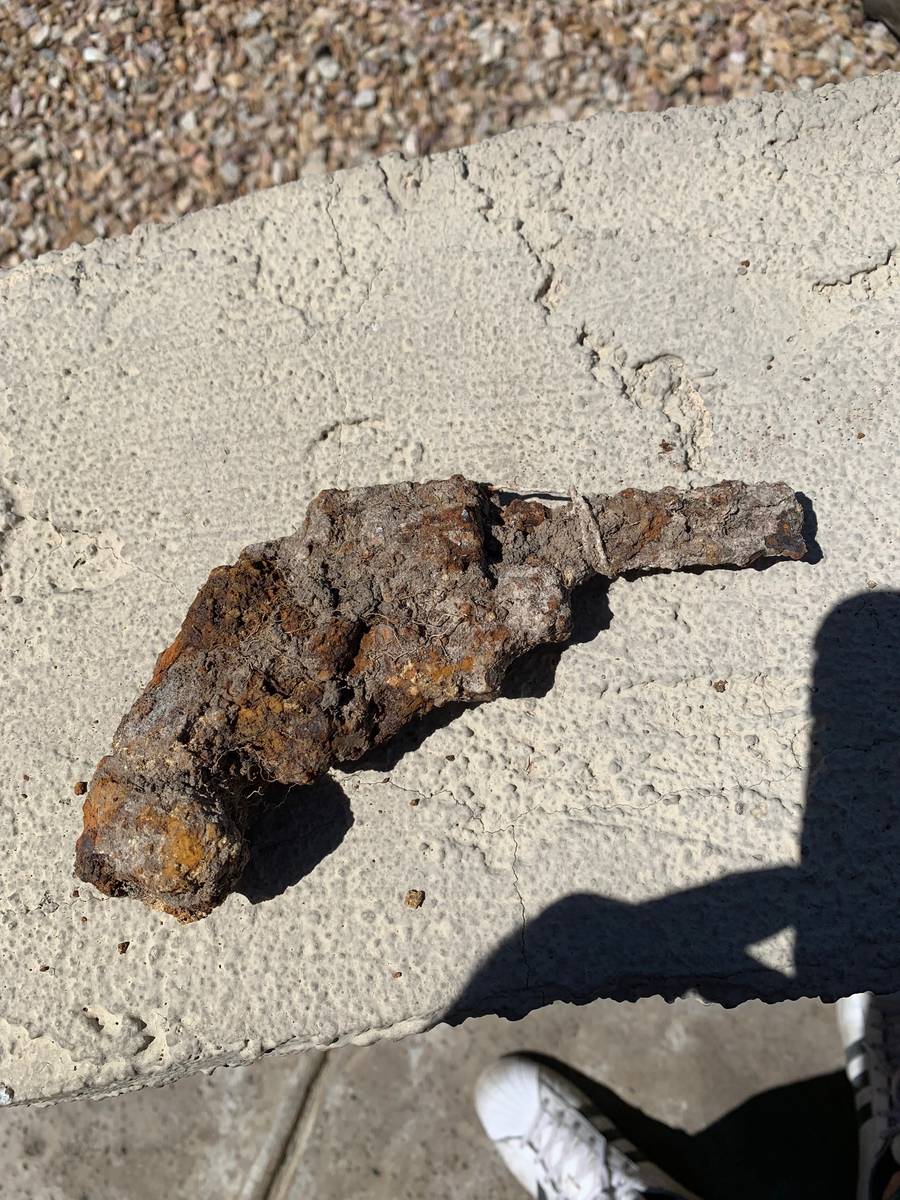 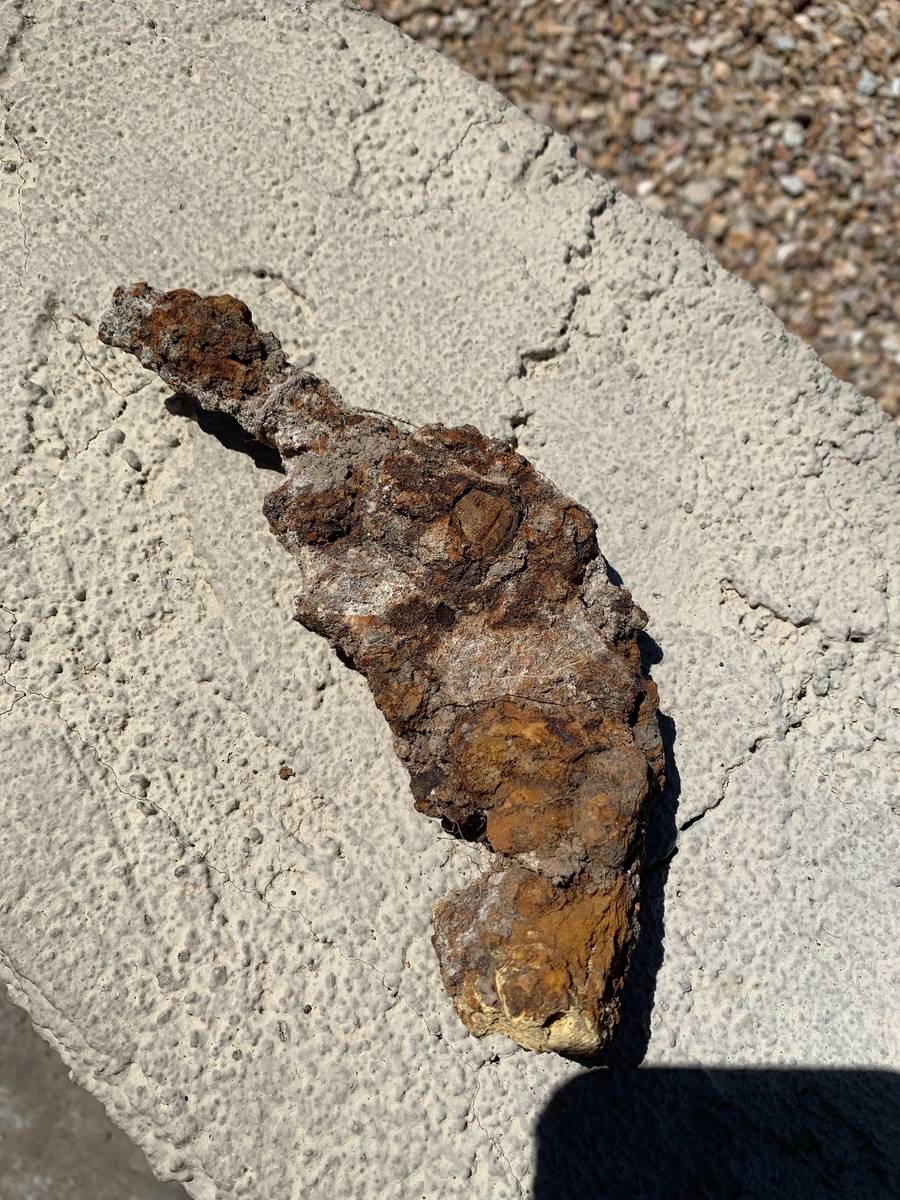 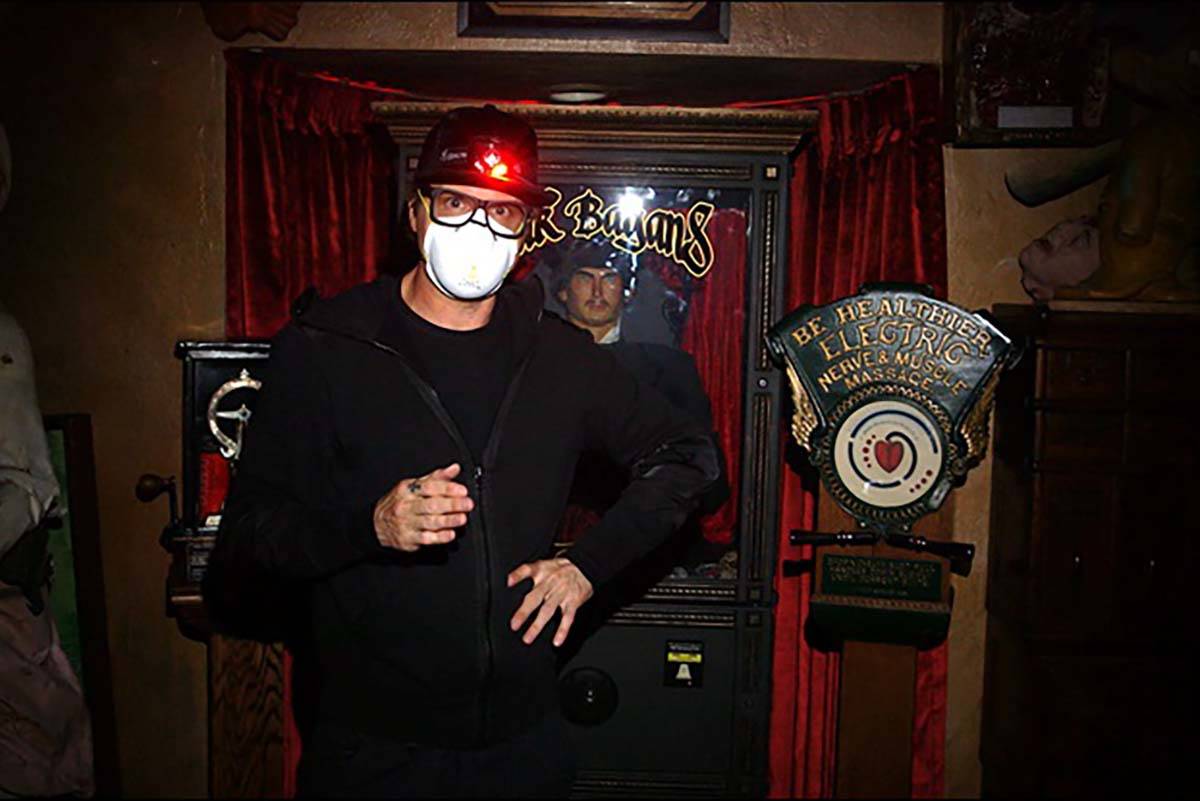 Zak Bagans quarantines himself along with his co-stars inside his Haunted Museum for a series of "Ghost Adventures" specials. (Travel Channel)

Zak Bagans’ Haunted Museum is famously macabre inside. Bagans has discovered it’s fairly creepy outside, too.

Bagans unearthed what appears to be a revolver, possibly a .38, on the property Monday afternoon. A landscaping crew was excavating a sewer line and — clink! — dug up this petrified pistol.

Maybe such a find should be expected. Bagans’ main 11,000-square-foot museum sits on East Charleston Boulevard, just east of Las Vegas Boulevard. The attraction is actually set up in the Wengert House, a home built in 1938 for prominent Las Vegas businessman Cyril S. Wengert.

As part of civic lore, the home is said to be teeming with spirits, with acute negative energy in the basement.

“This property has a lot of history to it, and some of it is dark so I wouldn’t be surprised if this gun was used in some murder that we don’t know about,” Bagans said in a text message Monday. “It’s just another mysterious story to add to the tours.”

Wengert’s influence on the city is still felt. He co-founded Southern Nevada Power Company, which would become NV Energy. City historical records show that Wengert and his wife, Lottie, were members of the Elks Club, Knights of Columbus and Rotary Club. Cyril S. Wengert Elementary School is dedicated to the family patriarch, as was Wengert Avenue, running parallel just south of Charleston and Las Vegas boulevards.

The Wengert family sold the mansion in 1972, after the deaths of Cyril and Lottie. Law offices and title companies occupied the space for decades until Bagans rolled in with his museum concept, opening in October 2017.

The star of “Ghost Adventures” and three other crew members have spent two weeks quarantined in the old home for the upcoming “Ghost Adventures: Quarantined” four-part miniseries premiering at 9 p.m. June 11 on Travel Channel.

And what’s next for the old pistol? Bagans says, “I’m having it analyzed.” But already, it is a piece of Vegas history.