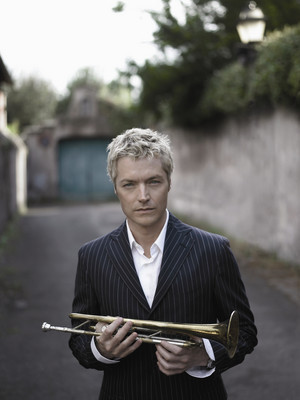 It was another album for Sting, but a brand new career for Chris Botti.

In October 1999, Sting geared up for the big arenas with a cozy set at the Hard Rock Hotel, which he used as an occasion to test out nearly every song from his barely released "Brand New Day."

He also featured a new band member, fresh from rehearsals in Italy.

"It was my very first show with Sting," recalls Botti, the jazz trumpeter who brings his own band to Green Valley Ranch today and Aliante Station on Saturday. "He’s made my career. All the roads lead back to him."

Botti was playing with an obscure prog-jazz outfit called Blue when a series of connections paired him with Sting at one of his Rainforest Foundation benefits. The trumpeter later decided to go for broke and called Sting’s office to ask if he would guest on Botti’s debut album.

"I thought no friggin’ way is she ever going to call back," he recalls. "But she called back the next day: ‘Yeah, he’d love to, if you go to Italy and play a couple of songs on his record.’

"Who got the better end of that deal!" Botti says with a laugh. Since then, Sting "just became the biggest ally for me, forcing me to focus on my own career and then being there to help me with it."

Now, Botti has become a name to be associated with in his own right. His upcoming live album features the Boston Pops and a varied array of guest stars: cellist Yo-Yo Ma and singers Katharine McPhee, Josh Groban, John Mayer — even Steven Tyler from Aerosmith.

Botti occupies another nexus as well; that cozy red wine-and-a-fireside place between the smooth jazz of dentist offices and the hard bop of the jazz purists.

"A lot of that more smooth jazzy stuff is more loosely based in R&B music," Botti says. The rhythm tracks would sound "more like a Luther Vandross record if you remove the saxophone."

In the past five years, "I’ve kind of gotten away from all that to do a more traditional kind of approach. Even though there’s a pop sensibility to it," the live drums and bass are "much more old-school in a way."

Of course, it’s all relative. "A be-bop record doesn’t sound real interesting to me," he says. "But a lot of people think I’m (smooth jazz). To a kid that listens to Wynton Marsalis or Roy Hargrove, they think Chris Botti is complete elevator music. Everyone has their different taste factor."

Botti, 46, seems to be guided by good taste, but he says the secret is the arrangements. Does he wish Rod Stewart and other pop veterans would quit using standards as a go-to gimmick?

"I certainly wouldn’t fault anyone for trying to be successful," he says. "I guess my main problem would be that the arrangements are kind of bland. It’s not as interesting to me as when Joni Mitchell made her standards record (‘Both Sides Now’ )."

"I just wish people would take more chances," he adds. "It’s all that kind of ‘Sit back, Jack’ — it’s kind of corny. When I do a standard, the underpinning of the music isn’t based necessarily all the time in swing."

Otherwise, Botti says he doesn’t like to mess with his core group of Billy Childs on piano, Billy Kilson on drums and Mark Whitfield on guitar. "For right now while my band is really working, I’m going to keep this lineup and add special guests. And keep this band away from other band leaders."