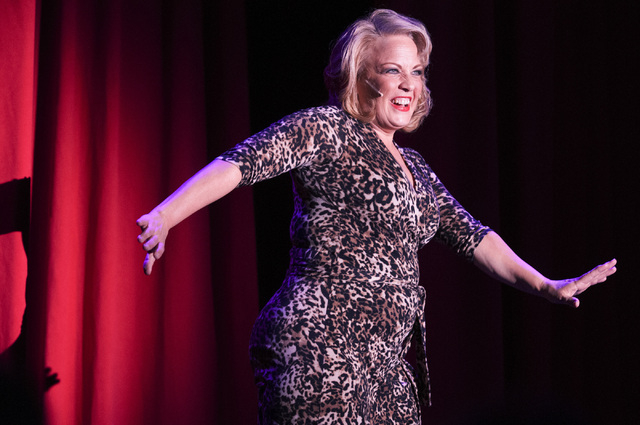 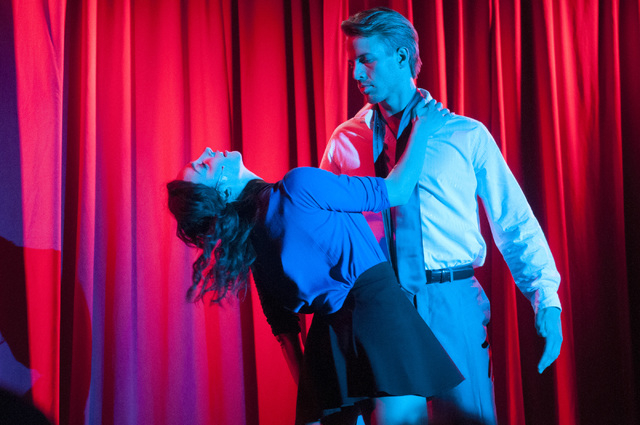 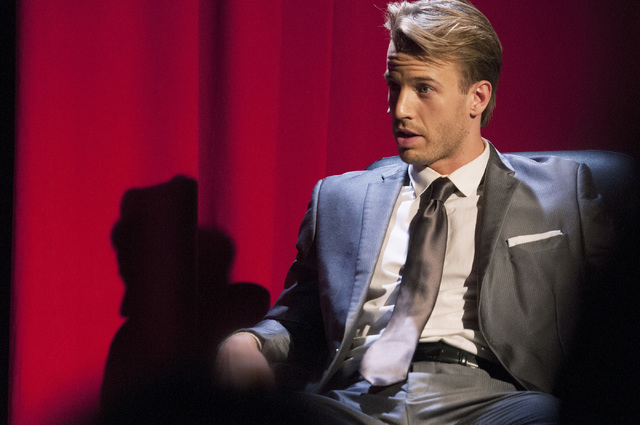 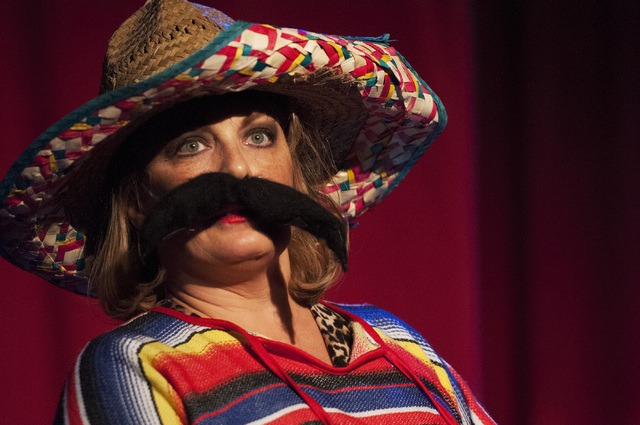 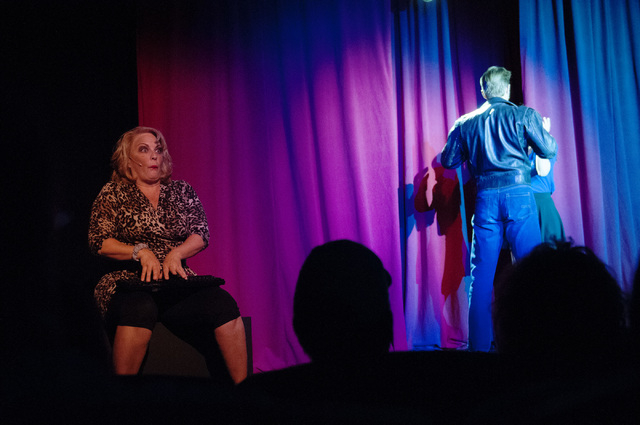 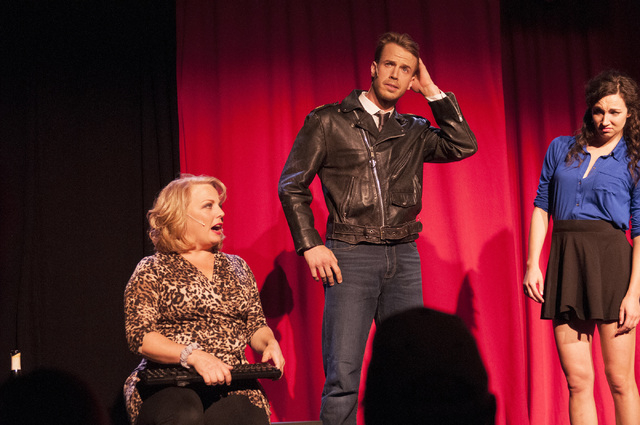 “Wow, this stuff just writes itself!” marvels the Chardonnay-soaked author of a soon-to-be best-seller in “Spank! The Fifty Shades Parody.”

That may be true of the purple prose at the heart of the spoof, even if it makes a character who is forced to speak it out loud revolt and turn on the author.

But this thing we’re watching? We’re in a city with 100-odd shows, none of them placing any particular value on the written word. We know it took a lot of work to pull off this Las Vegas rarity, an hour’s worth of long-form comedy with several jokes per minute.

Rare too is the format of this touring show parked for a limited run (through Nov. 9) at the Golden Nugget. I run the risk of stopping potential ticket-buyers cold in their tracks if I dare to call it — cough, mumble, sputter — a play.

But it’s true, even if you better know the rapid-fire gag format from “Airplane!”-style movies. “Spank!” is a focused spoof performed by a trio of actors, sticking to the plot of E.L. James’ “Fifty Shades of Grey” even as it decimates it.

Our narrator/author (Suzanne Sole) uses a weekend free of her family and boring marriage to crack a few bottles and write a sexy best-seller, which comes to life via her “blank slate” heroine (Kira McCarthy) and a lover (Patrick Whalen) inspired by her son’s stray Batman doll:

“He’s mysterious… intense.. no stranger to pain… a bit of a control freak. A millionaire — No! A billionaire!”

Our virginal ingenue finds herself irresistibly attracted to the dude who “smells like danger and expensive bodywash.” He in turn introduces her to — singing new lyrics to the “Willy Wonka” movie theme “Pure Imagination” — “my room of sexy domination.”

The work credited to seven writers — including director Jim Millan and male star Whalen — spreads its fangs wide enough to work on several levels, from raunchy sight gags — Sole’s character humping the stage in the throes of her hot conjurings — to smart satire of the thin line that separates a best-seller from Internet fan fiction.

All three performers, McCarthy in particular, do a great job of standing outside their characters, helping us mock them even as they ground them just enough to hold onto the story. There’s even a moment that will make actual fans of the “Fifty Shades” book swoon with approval, when “Hugh” binds the wrists of “Natasha” in a necktie and literally sweeps her off her feet.

Creator Millan, whose credits include “The Kids in the Hall,” certainly had bachelorette parties in mind along with fans of Second City-style sketch comedy. Whalen is trusted with a lot of multitasking, from a convincing Chippendale’s-type strip to playing guitar and singing “I can paddle you forever, you can be my sex canoe.”

Judging by reviews from other cities, the show might be the better for a trim from two acts to a fast 65 minutes. If “Spank!” were to dig in for an open-ended run, you could make an argument for beefing up the production value with an actual set for this front-of-curtain affair.

But those of us always rooting for something different in Las Vegas — and here, it would be different from the stand-up comedy everywhere you look — likely will embrace the lo-fi vibe as well as the novelty.

And it really doesn’t matter if you care much about “Fifty Shades of Grey” going in, although familiarity with the source will pay off. I haven’t read the book (and wouldn’t admit it if I did). So I went to Wikipedia the next day to confirm some specific points of ridicule: That the heroine is a college student who doesn’t own a computer, or just happens to work in a hardware store where the billionaire just happens to stop in for his household bondage materials.

Who writes this stuff, anyway?