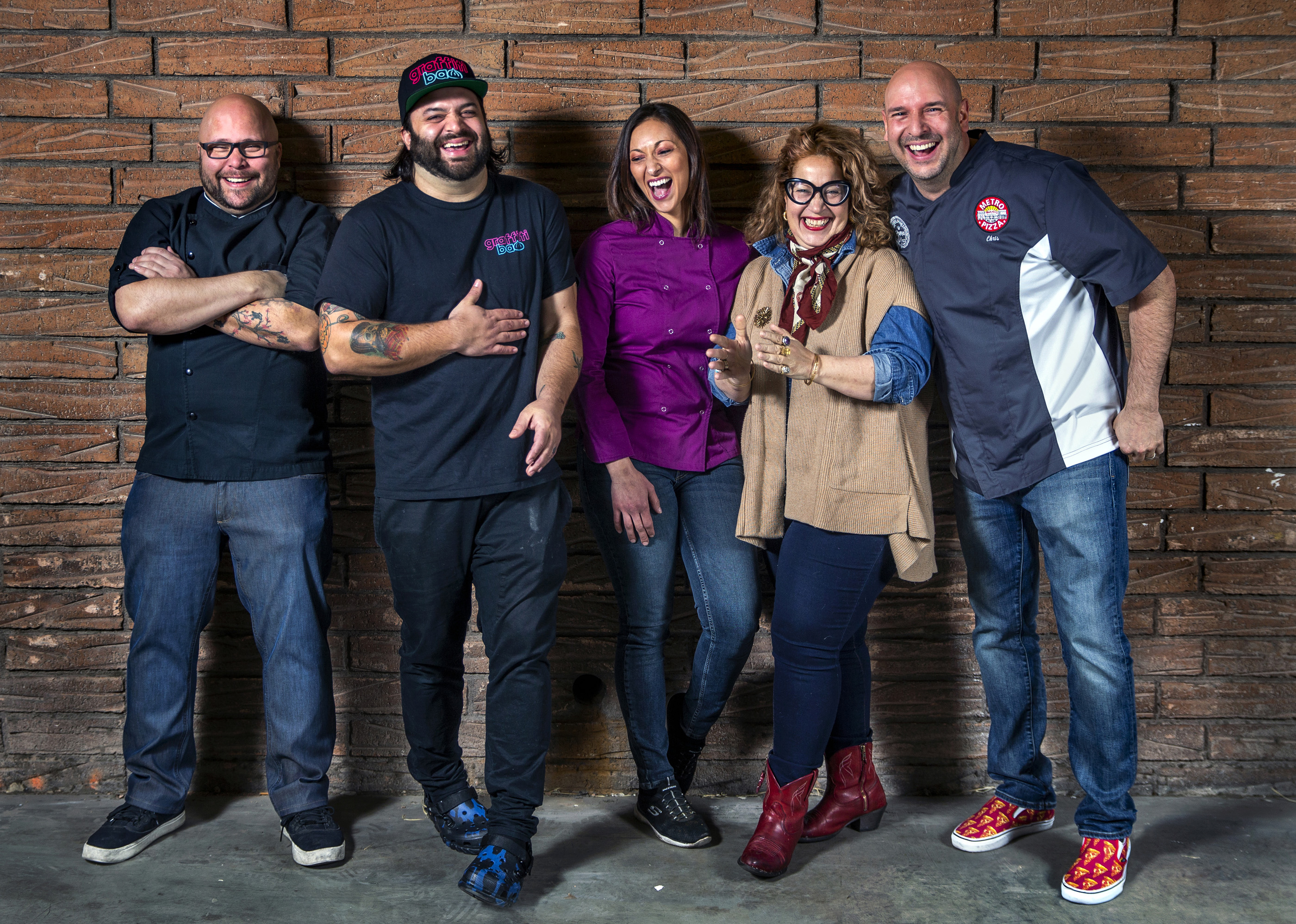 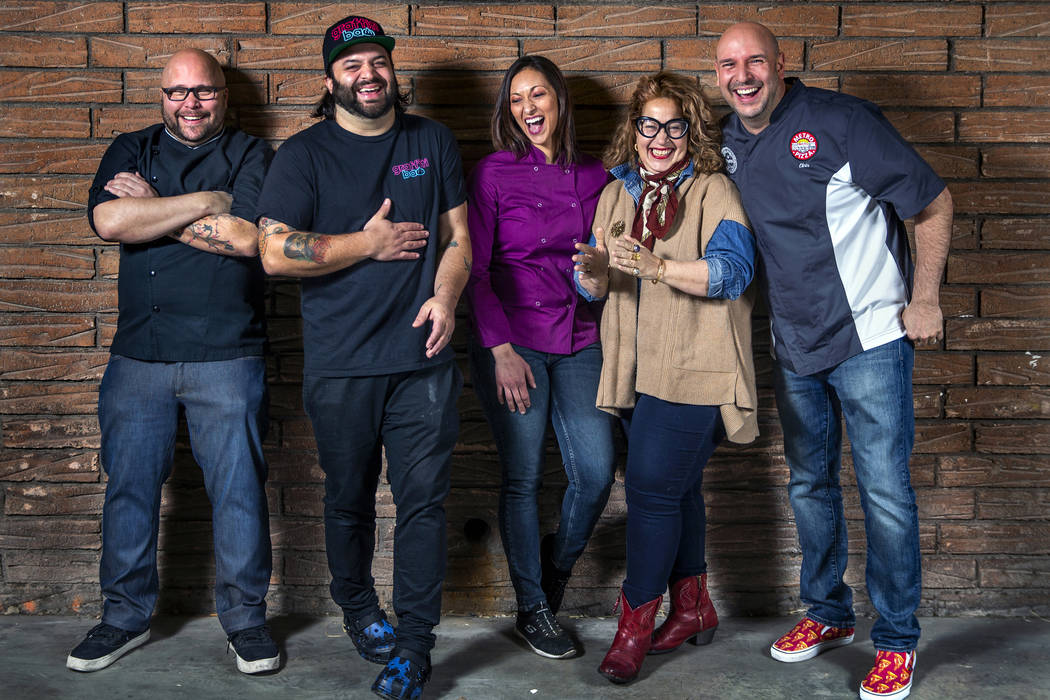 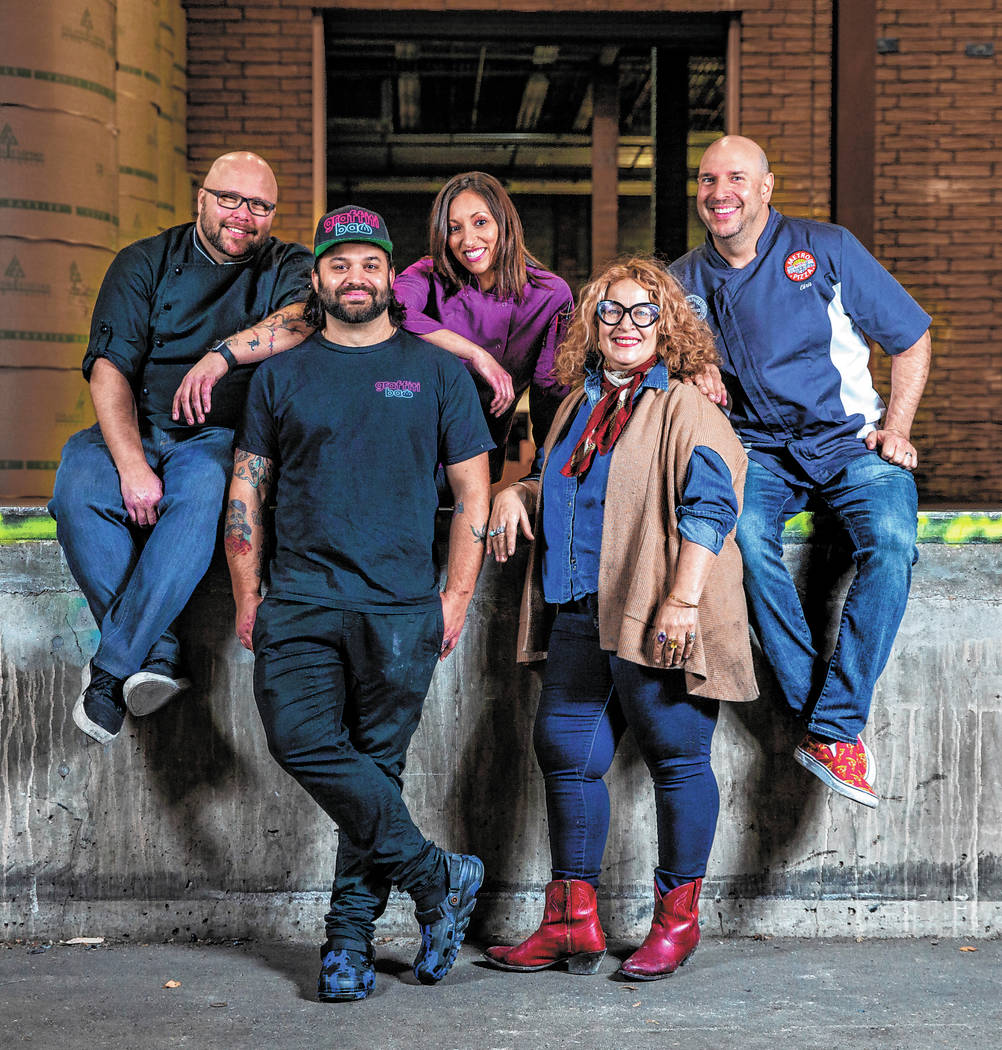 The Las Vegas dining scene is constantly growing and changing. And despite all the publicity and hype, it can be difficult to predict which “next big thing” will have a lasting effect. What the past 10 years have demonstrated, however, is that the Las Vegas Valley’s creative culinary core lies not in multimillion-dollar corporations or fly-in celebrity chefs, but in the people who toil day in and day out in kitchens large and small. So if you want to know what’s next for dining in Las Vegas, we suggest paying close attention to these five accomplished chefs, who all seem poised to raise their games.

A pioneer in giving downtowners solid places to eat east of Las Vegas Boulevard, Sonia El-Nawal spends most of her time these days serving residents and visitors in Desert Shores. But she doesn’t seem done with the Fremont East neighborhood quite yet.

El-Nawal came to Las Vegas in 2010 to work as a private chef and consultant. In that role, she helped craft the menus of several local establishments — from Lobster Me on the Strip to Daily Kitchen in the ’burbs. After joining Downtown Project, she helped launch the short-lived grocery/deli The Market and Downtown Container Park’s elevated dining concept The Perch. She left that position to concentrate on her company, Rooster Boy Granola, and later the Rooster Boy Café in the quaint Desert Shores community.

“Rooster Boy Café is really a journey through the places I’ve come from or have lived. So there are Mexican dishes because I lived in Mexico City. There’s Middle Eastern because I’m Middle Eastern. And the rest is very much on the French side because I was trained French.”

The chef’s interest in downtown Las Vegas hasn’t waned, however. In fact, she believes her old stomping grounds would be the perfect area to pursue her next dream — an homage to one of her favorite Big Apple haunts.

“There’s a store in New York called Russ & Daughters that I used to go to since I was 18, and they’re amazing,” she explains.

While it’s still in the planning stages, she’s convinced downtown is ready for a New York-style bagel shop.

“We’d do bagels, bialys, schmears, fishes and food, too: matzo ball soup, barley soup. And I want a component that’s a store, so you can come in there and buy cream cheese and bagels and leave, or stay.”

Having worked in the kitchens of Chicago’s famed Alinea, and Talkeetna Alaskan Lodge, Lanny Chin was an accomplished chef when he moved to Las Vegas in 2014. Nonetheless, he had to work his way up the local culinary ladder. His experience here includes stints at the short-lived Lucky Foo’s on Eastern Avenue, Natalie Young’s downtown restaurants Eat and the now-shuttered Chow, the neighborhood gaming bar chain PKWY Tavern, and Clique Hospitality’s contributions to the renovated Palms.

Most recently, Chin was asked to run the kitchen of The Slanted Door in the Forum Shops at Caesars. The local incarnation of Charles Phan’s Vietnamese restaurant in San Francisco, which opens to the public Monday, is one of the most-anticipated openings of 2020. And Chin is intent on putting his own mark on the menu.

For Chin, that means drawing on family recipes he learned to make growing up in a Chinese household.

“Charles has given me a lot of leeway to bring in some of my upbringing and some of my heritage. So I’m kind of rethinking some of the dishes that my great-grandmother made when I was little.”

For Jainine Jaffer, who may be one of the valley’s most prominent chefs to cook within the guidelines of Islam’s halal dietary laws, that identity informs everything she does.

“I think it’s really important … because it allows for open-ended conversations that promote understanding of each other and where we all come from.”

Jaffer was born in California but raised in Las Vegas, where she never quite fit in because she was “too white for the brown kids and too brown for the white kids.” During her undergrad years at UNLV in the early 2000s, she was the first female president of the Muslim Student Association at a time when she felt “a lot of discrimination and hatred” from people she had considered friends before the 9/11 attacks.

While cooking has been a lifelong passion, she didn’t embrace it professionally until later in life, enrolling at Le Cordon Bleu in 2015, after what she refers to as “a midlife crisis in my early 30s.” Today she runs a successful catering business as well as the kitchen at the Pakistani, Indian and Persian restaurant Shiraz. But Jaffer says she won’t be satisfied until she breaks down the stereotypes associated with halal cooking.

“If you want halal food, the only thing you get is Indian or Persian or, to a lesser extent, Middle Eastern. I like to illustrate and illuminate the fact that there are so many other things that you can make.”

To illustrate that point, she’ll be rebranding Shiraz this year “to go more toward Mediterranean, which is a broader category, and I think it’ll bring more people in.”

Chris Decker came to Las Vegas in 1996, to attend UNLV with the goal of becoming a police officer. The following summer, he applied for a busboy job at Metro Pizza. During his interview, he mentioned to owner and local pizza legend John Arena that he had made pizza back east. And the rest, as they say, is history.

“I made him a pizza, and I actually started (working there) that night,” Decker recalls. “And I never left.”

At one point, Decker considered exploring kitchen opportunities outside of the pizza world. But he quickly realized that he loved what he was doing.

“I got hired everywhere that I went, (but) something didn’t feel right. I think that’s why I never went to the Strip — I just didn’t want to be a number. And I knew that John and I had something.”

About five years ago, Decker began competing at the International Pizza Expo, which is held in Las Vegas every spring. And despite never taking a first-place title, in 2017 pizza legend Tony Gemignani asked him to join the World Pizza Championship team.

Decker still works 12-hour shifts on the line making pies every day at Metro’s northwest valley location. But he’s also intent on creating something new, to fill a gap in the local pizza scene.

“I want to do a wood-fired American artisan pizzeria,” he explains.

He’s still looking for the right location for the style of upscale pizza restaurant he has in mind. There’s been talk of using the Lulu’s Bakery attached to the Centennial Hills Metro location, although Decker says that’s still just one idea.

“Whether it’s here at Lulu’s or somewhere else, I don’t know. I just know that I need to do something different. I need to expand. And I know there’s something that’s missing in the city.”

When Marc Marrone left his corporate executive chef position with Tao Group last February, he had his sights set on two large projects: a rooftop restaurant atop the old Post Office building downtown, and an Italian spot in a new development called The Bend in the southwest part of the valley. Those two are still being developed, though a bit more slowly than expected.

Marrone hasn’t been idle, however. He’s opened a trio of concessions in T-Mobile Arena: Graffiti Bao and a pair of Pina Nachos carts.

“Graffiti Bao wasn’t even part of the plan when I left Tao,” Marrone laughs now. “I was done working, and basically going to Golden Knights games for the month of February. And I said, ‘I should get a space in here.’ ”

Its success has inspired a brick-and-mortar Graffiti Bao on Warm Springs Road, which recently expanded to the East Coast through a partnership with his friend and “Food Network Star” winner Christian Petroni. Pina is on a similar course, as the chef scouts potential locations in Henderson.

In the meantime, Marrone is eyeing other business opportunities in the Las Vegas Valley and elsewhere. He’s been checking out real estate in Chinatown and recently traveled to Nashville, Tennessee, to survey a potential project. He says his goal is to provide the team he’s assembled since exiting Tao Group the same kinds of opportunities he had when he was traveling the world opening restaurants for that dining and nightclub empire.

“The stuff that I got to do at Tao — the openings, walk-throughs of the construction space, the layouts, the design — if I could provide the guys on my team the chance to see stuff like that, I’d love to be able to give it to them.”