CORONAVIRUS DATA, UPDATED DAILY
How to make your own Halloween treats 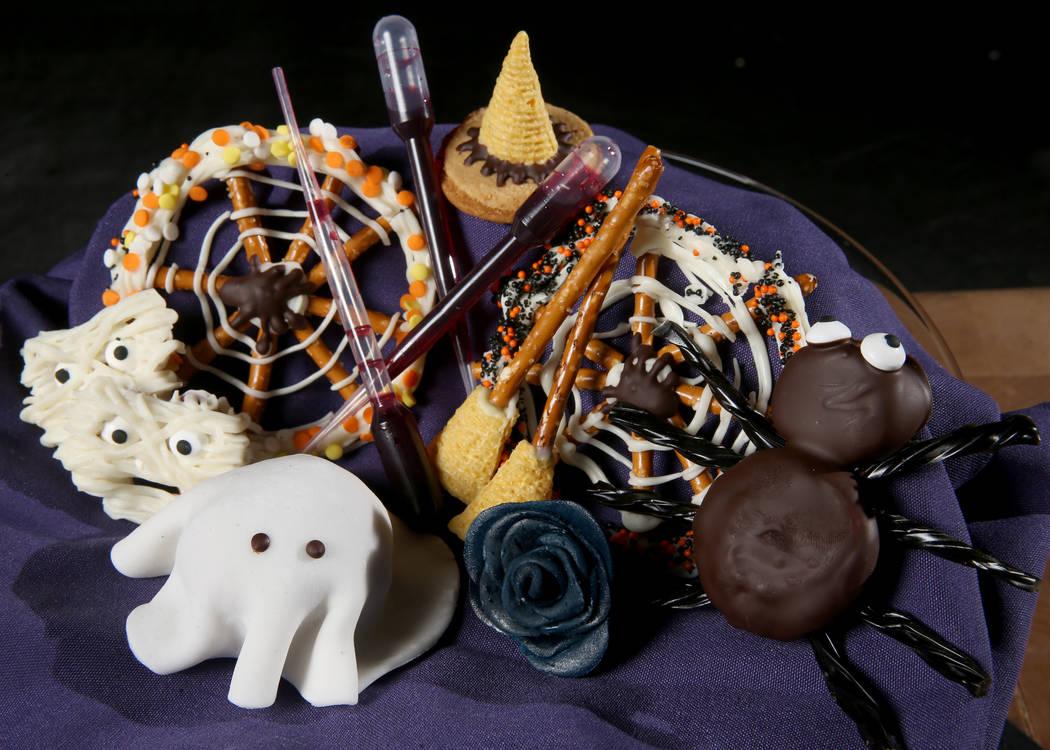 Some easy, do-it-yourself Halloween treats by pastry chef Sara Steele at Chica at The Venetian. 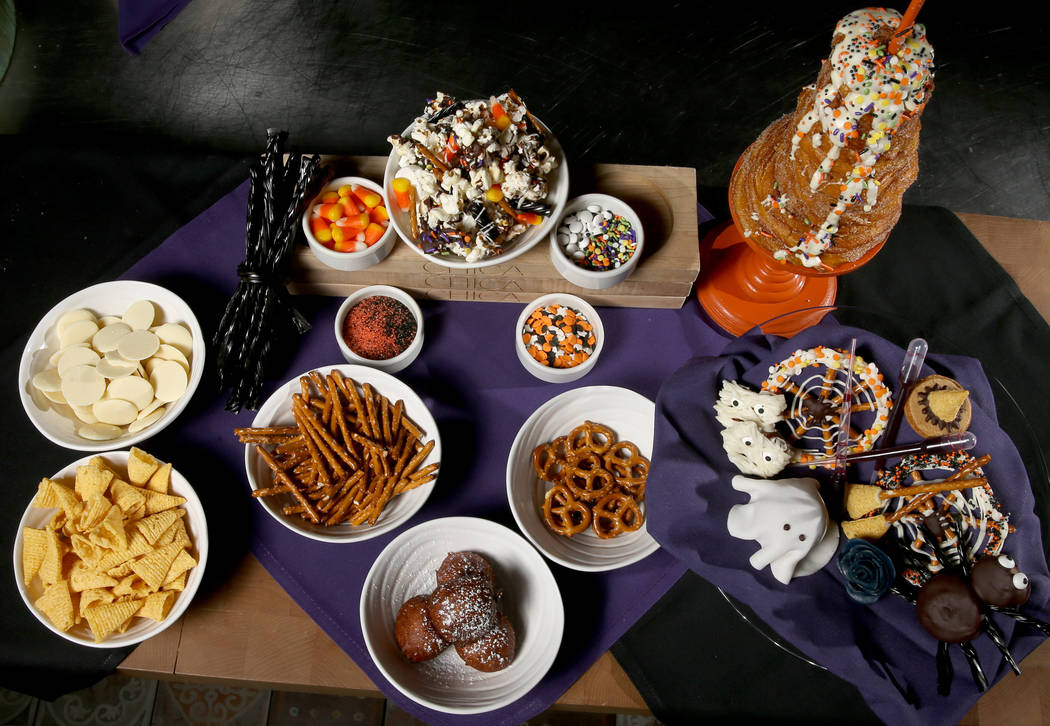 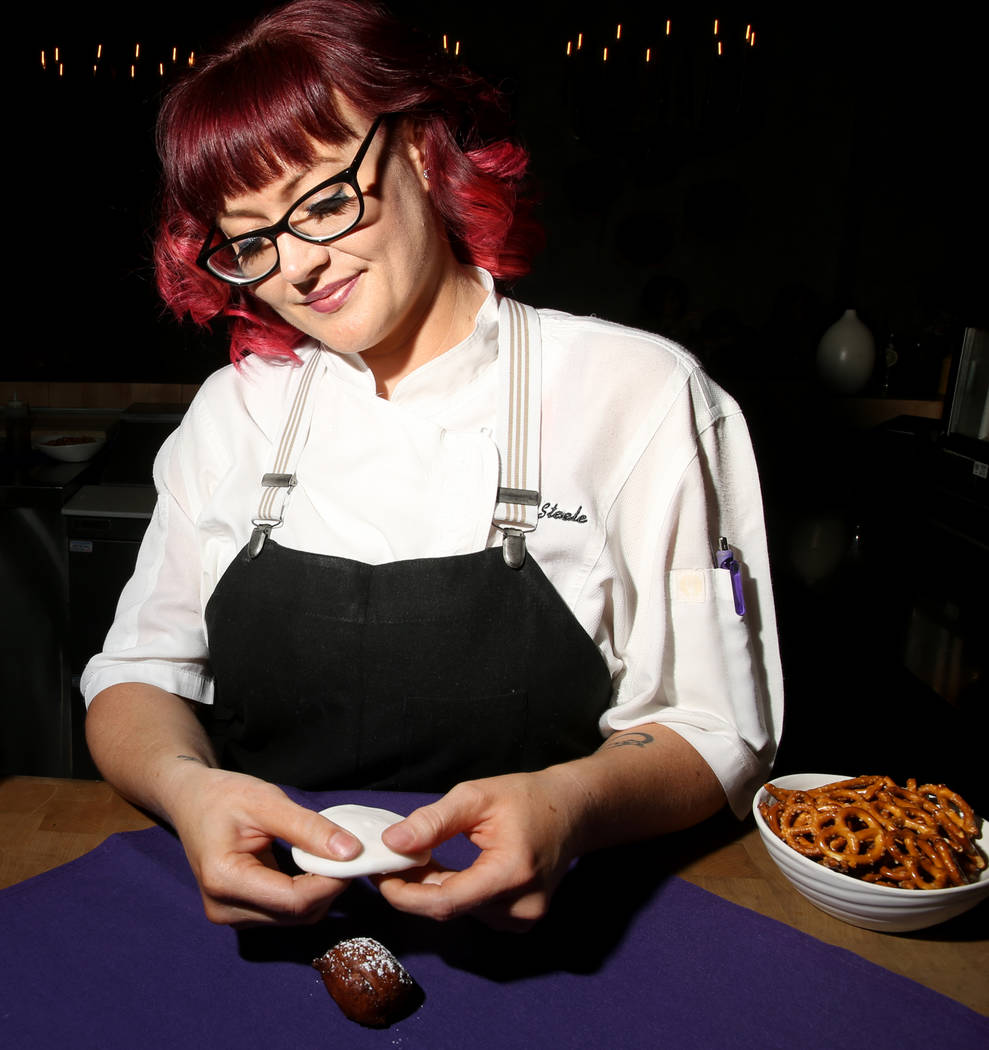 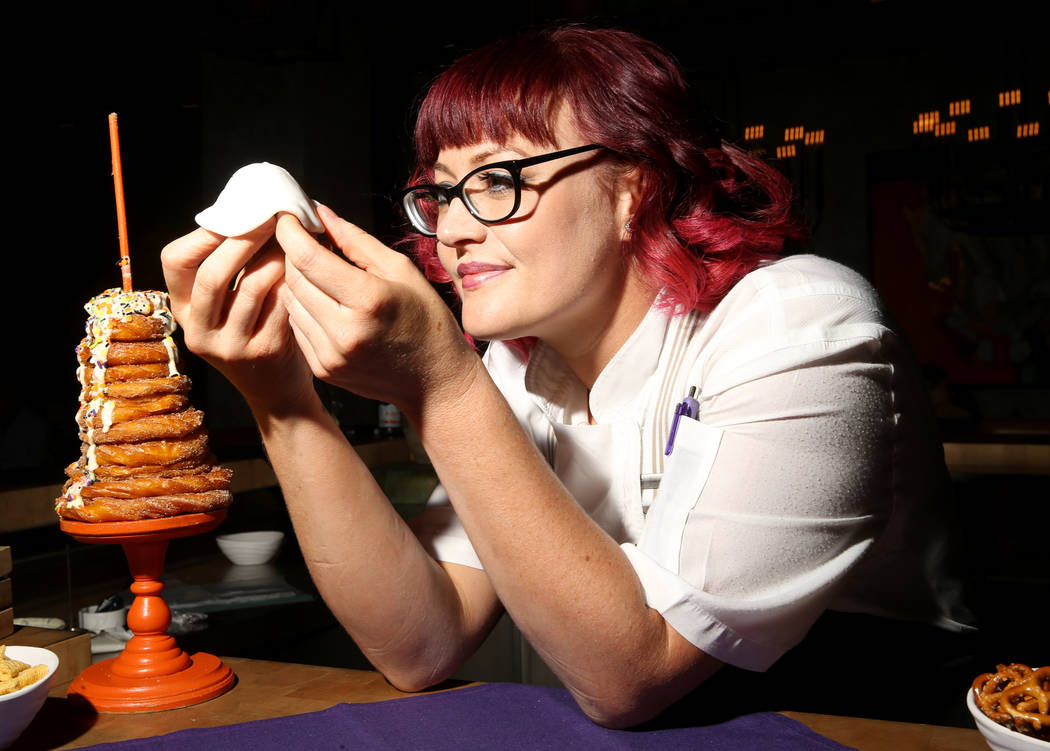 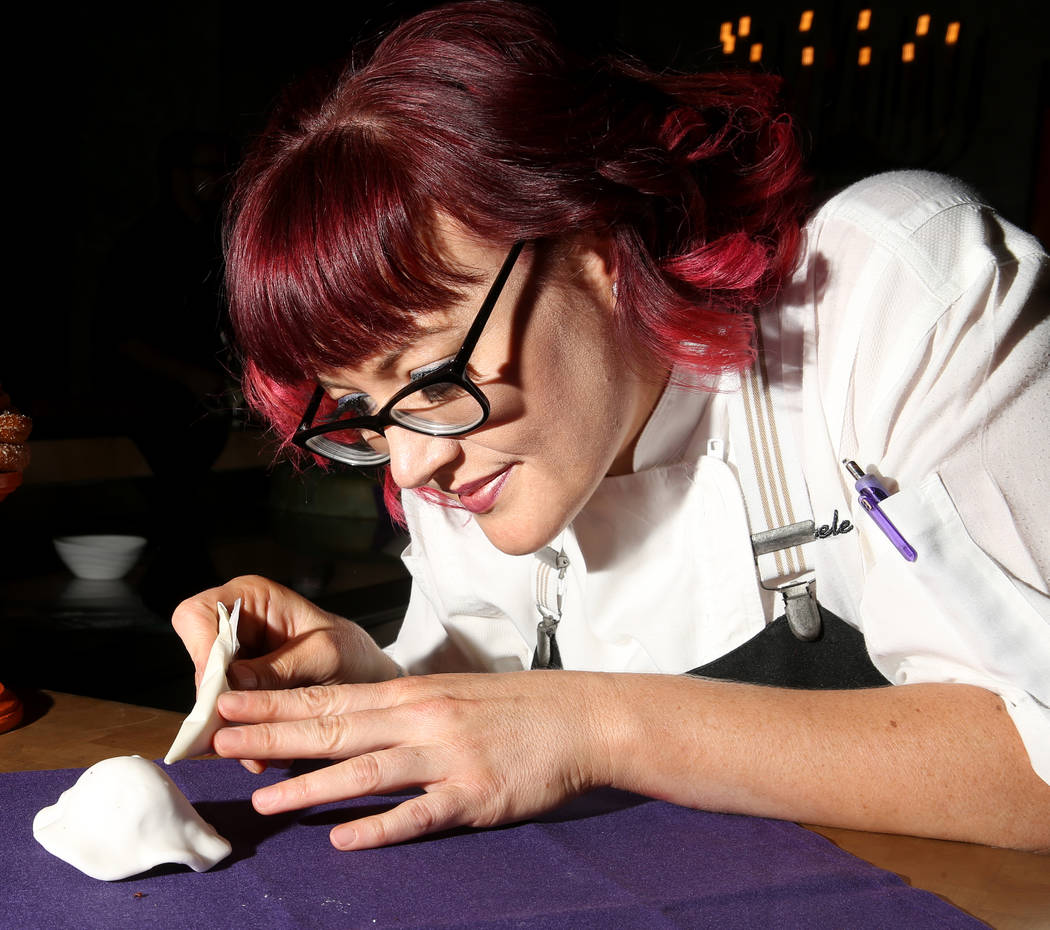 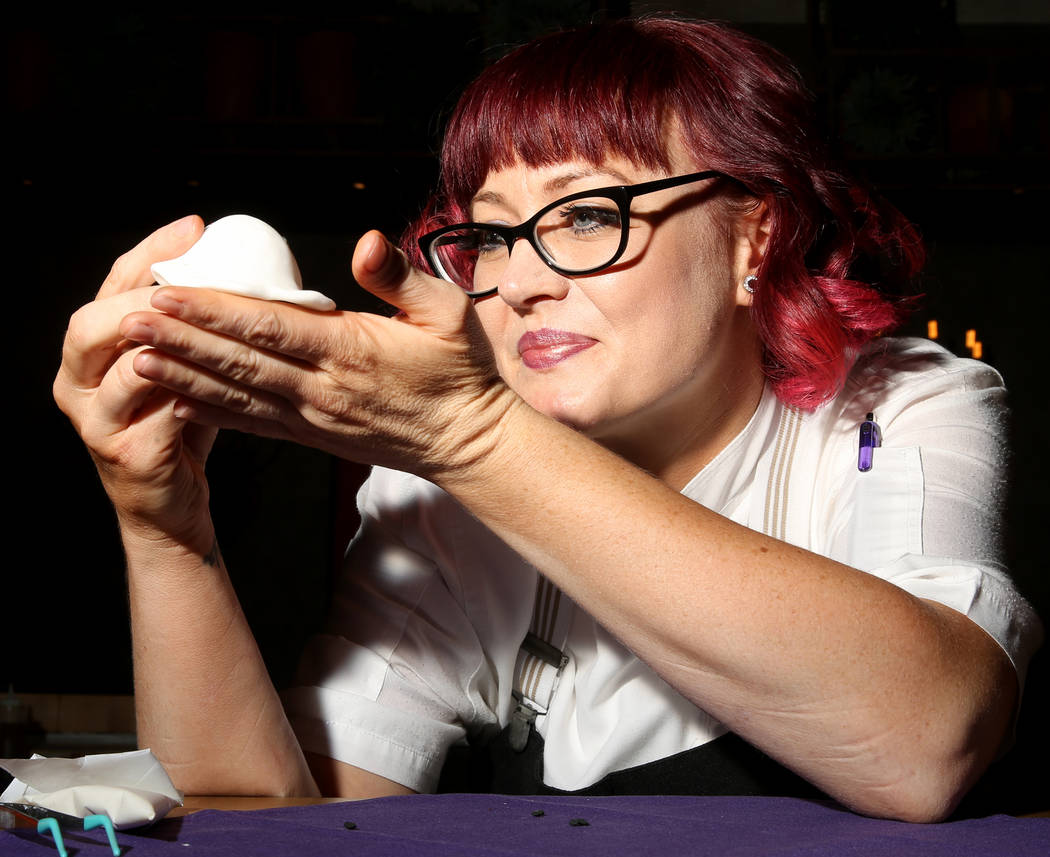 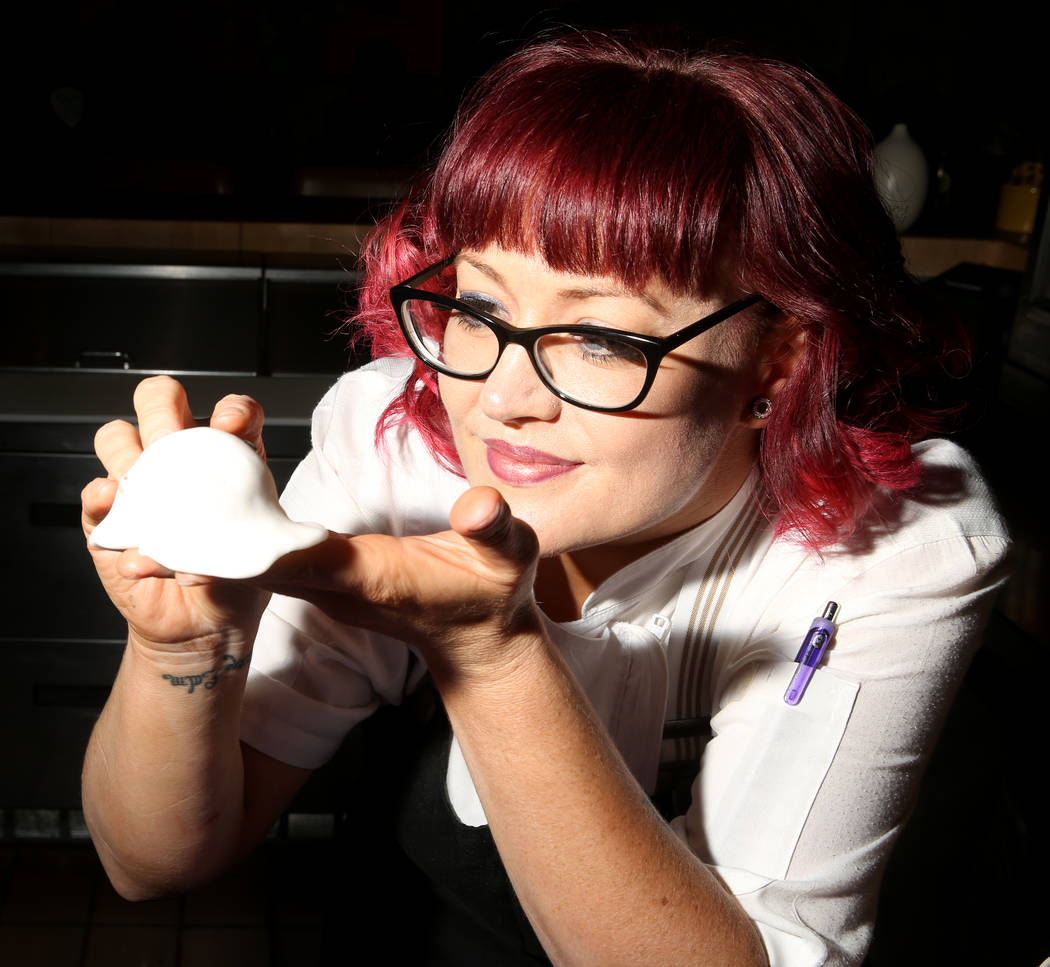 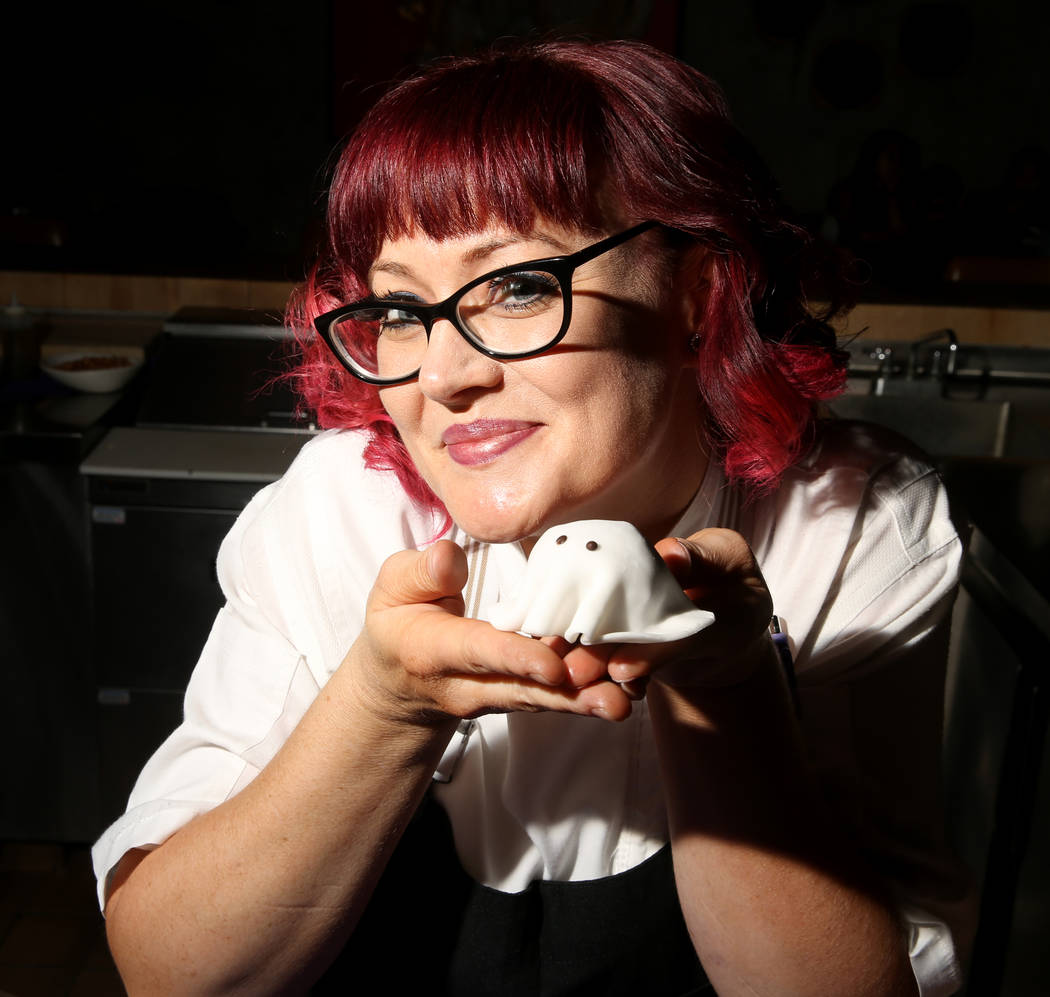 Sara Steele shows how a little bit of fondant transforms any treat into a Halloween ghost. 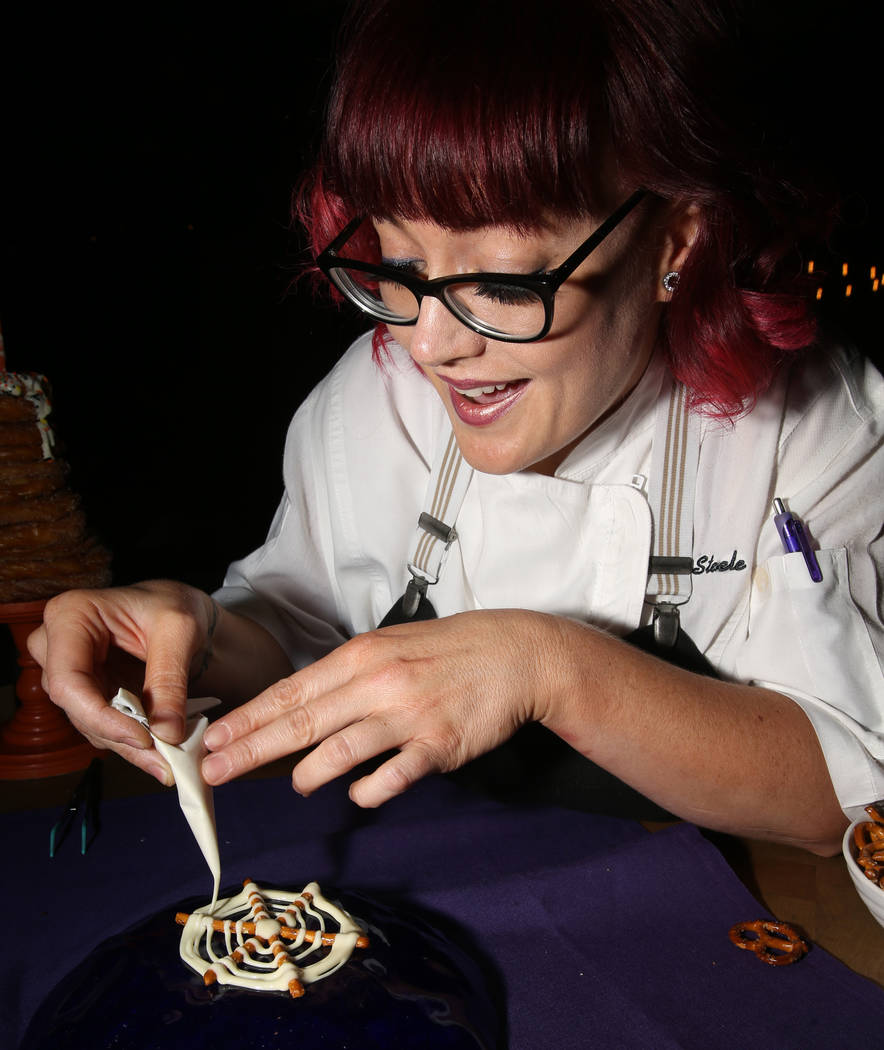 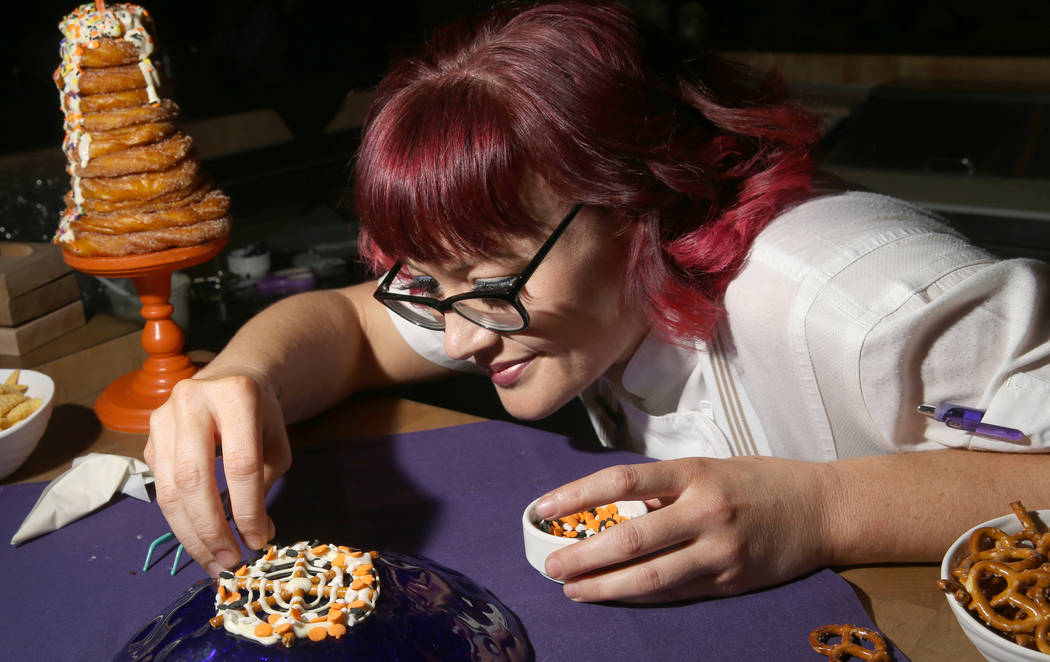 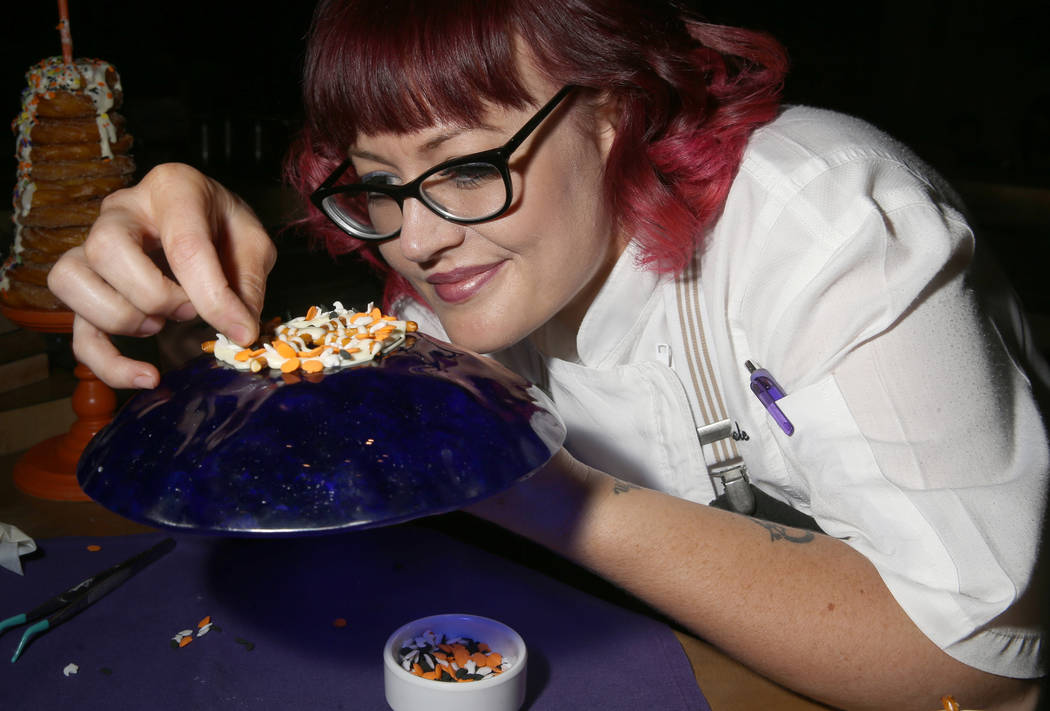 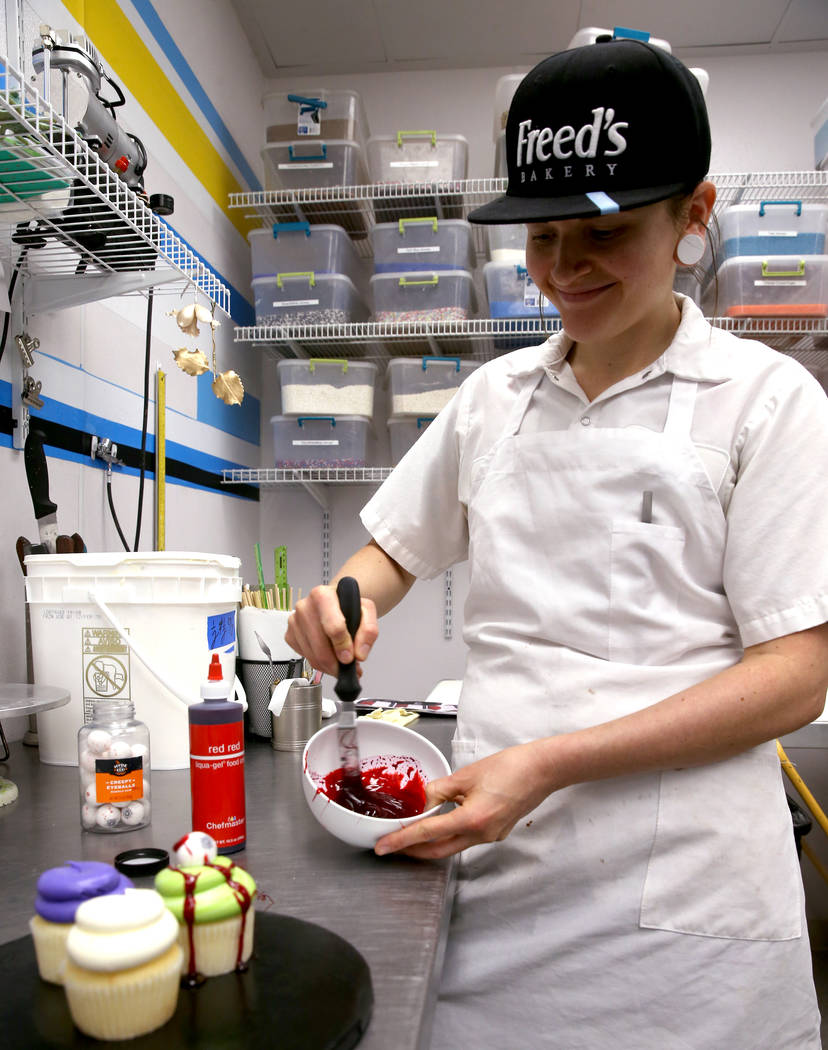 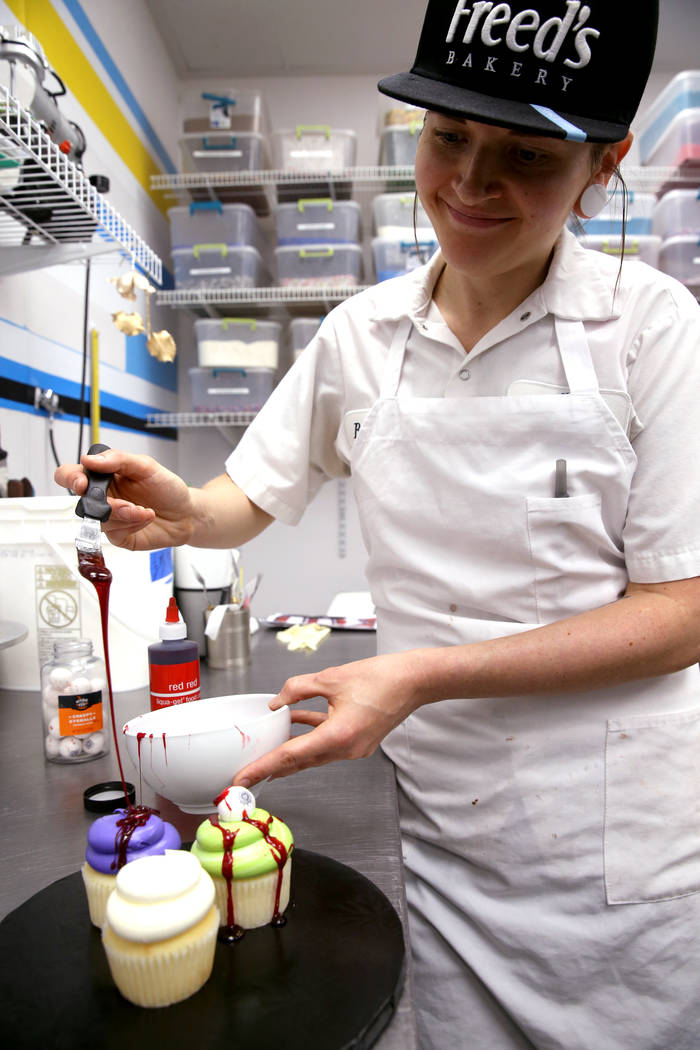 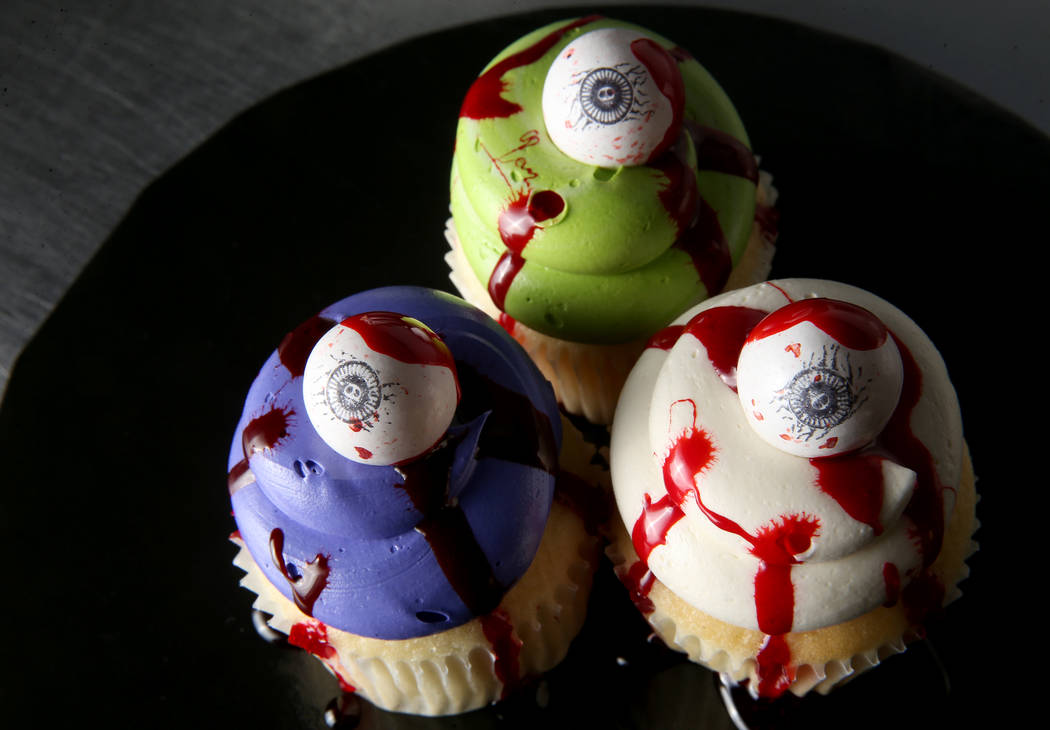 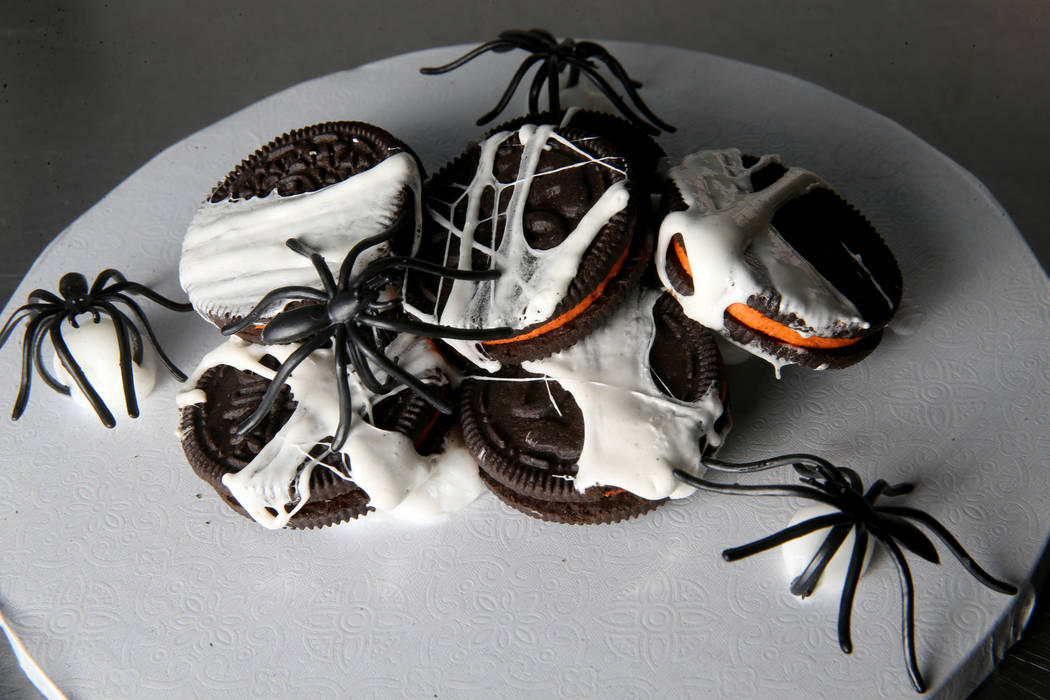 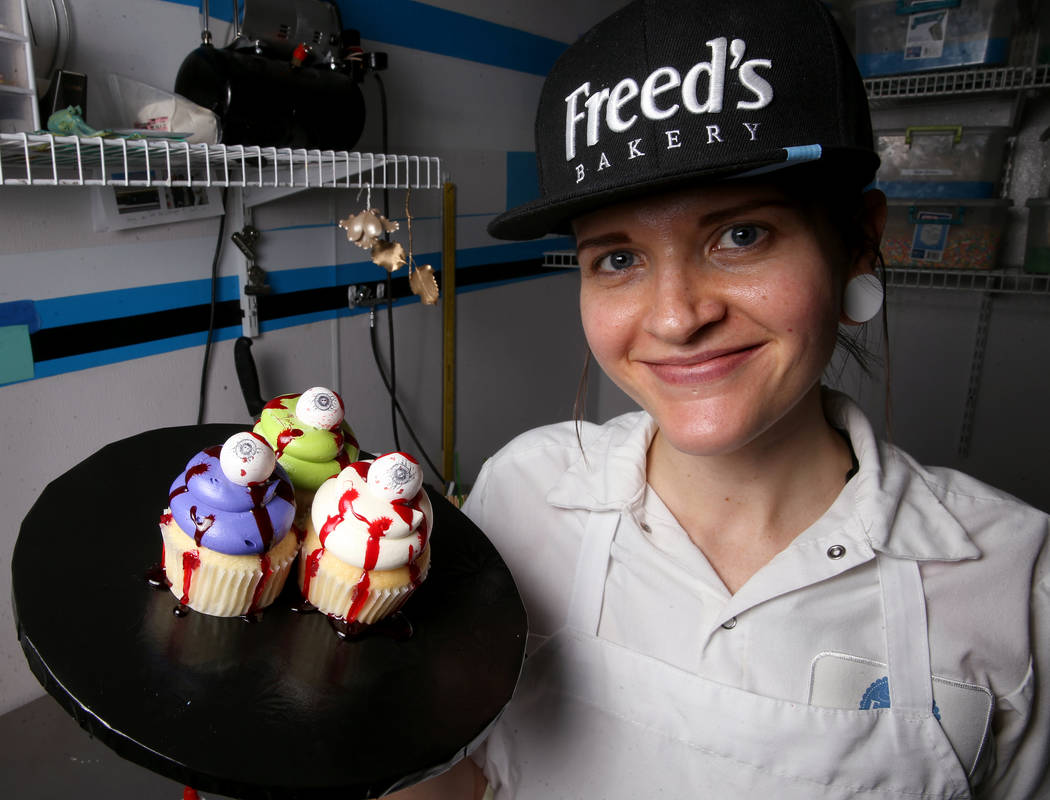 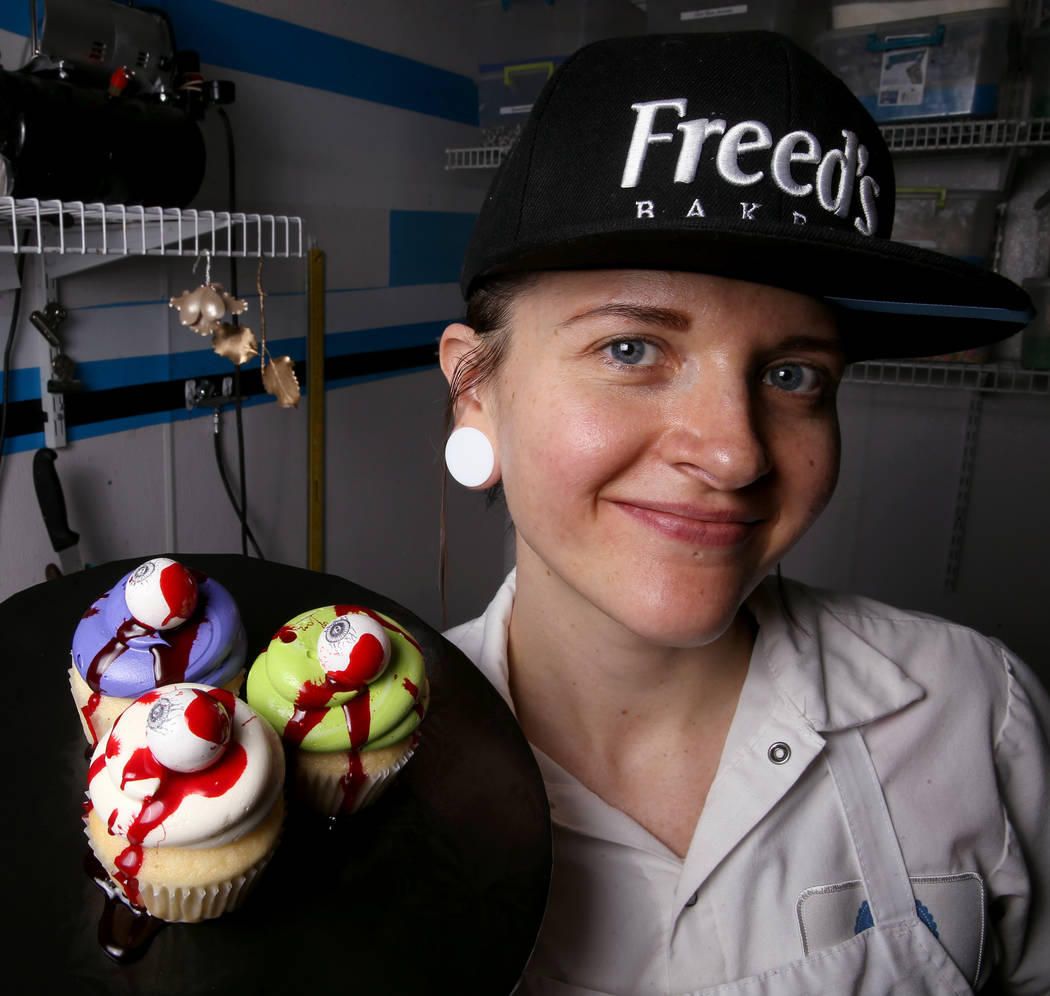 For most Americans, Halloween will be a little different this year — thanks in no small part to COVID 19. With social distancing concerns prompting many to confine the tricks and treats to their home this year, it seemed like a good time to revisit this look at six simple-yet-spooky DIY snack hacks, which originally ran in the review Journal last October. Each is still a delicious and fun way for kids of all ages to spread the Halloween vibe in the safety of their own kitchen.

For most Americans, Halloween will be a little different this year — thanks in no small part to COVID-19. With social distancing concerns prompting many to confine the tricks and treats to their home this year, it seemed like a good time to revisit this look at six simple-yet-spooky DIY snack hacks, which originally ran in the Review-Journal last October.

Each is still a delicious and fun way for kids of all ages to spread the Halloween vibe in the safety of their own kitchen.

“I have kids, and we love to do Halloween baking at home,” says Brittnee Klinger, a cake decorator at Freed’s Bakery and star of Food Network’s “Vegas Cakes.” “It’s always been huge in my house, and it’s always been a handmade Halloween.”

The pros are quick to admit, however, that creating spooky treats in a home kitchen can be a challenge.

“Sometimes things look really easy on TV, or in a magazine, and it’s an epic fail,” says Sara Steele, the pastry chef at Chica at The Venetian, who also prides herself on her roles as a former PTA president, crafty mom and self-professed nerd.

To help those who may not have the experience or patience of a professional, Steele and Klinger have put together a list of sweet and spooky Halloween ideas that are simple enough for the kids and creative enough to impress their parents.

“All it takes is pretzels, chocolate and sprinkles, and then you can get creative from there,” Steele promises.

Arrange pretzel sticks on a sheet in a circular pattern, where the sticks look like the spokes on a wheel. Then use a piping bag to drip melted chocolate in a spiral pattern to bind them together. (See the directions for melting chocolate.) Add a thicker band of chocolate around the outside. And decorate with sprinkles or other candies.

“Fake blood is super simple to make,” Klinger says. “You can use it for dripping onto your cakes and your pastries. And you can also use it as your Halloween makeup.”

The recipe is simple: clear corn syrup (available in any supermarket) and red gel paste food coloring (which you can buy at most craft stores).

“The red food coloring is super deep and dark, and it mixes right together and looks like perfect blood. It drips. It kind of stays where it needs to. It oozes a little bit. It’s perfect.”

“I actually found this out by accident one day,” Steele confesses. “I was making a wedding cake at the very beginning of my career, and I rolled my fondant and put it on top, and it looked like a ghost.”

It turns out that when you drape a circle of fondant over just about anything, it looks like a ghost. Just roll out some store-bought fondant (available at Michael’s, Walmart and some supermarkets), cut it into a circle, and use it to cover whatever treat you have.

“This is something you can do to anything,” Steele says. “If you screw it up, just make it a mummy.”

In this case, “make it a mummy” means simply piping white chocolate stripes onto it. For her examples, the chef striped some mini pretzels into pretzel mummies.

To add a bit more character, the chef recommends you “add some eyeballs.” Steele is partial to Wilton brand candy eyeballs, which you can buy online or at hobby stores such as Michaels.

You don’t have to suffer from arachnophobia to be afraid to reach into a spider’s lair. That’s why Klinger likes to drape her Halloween snacks in sweet marshmallow spiderwebs that look real enough that you’ll think twice before taking one, lest you anger its eight-legged owner.

“You want to get mini-marshmallows and put them in a bowl, and just microwave them for about 10 to 20 seconds. And then when you go to dip your (gloved) fingers in it, they’ll kind of spread apart. And you just go ahead and drape that over whatever you’re trying to make, and you have an edible spider web.”

“I’d never had Bugles since I was a kid,” Steele says of General Mills’ salty corn snacks. But when she began “looking around in a store for what would be Halloween-ish,” she realized their cone shapes make them perfect for several creepy creations.

Bugle broomsticks are simply a Bugle attached to a pretzel stick with a bit of chocolate. Or stick a bugle to the top of a cookie or other round, flat treat to make a witches hat. For those who want to get really creative, Steele suggests a witch’s nail.

“Put a little almond at top, and paint it green.” 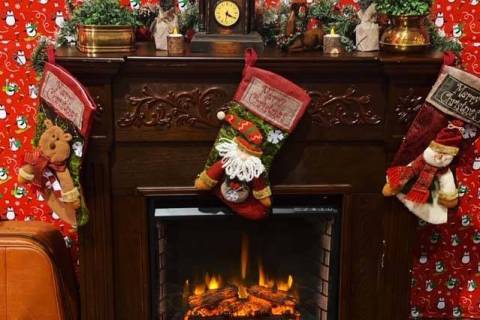 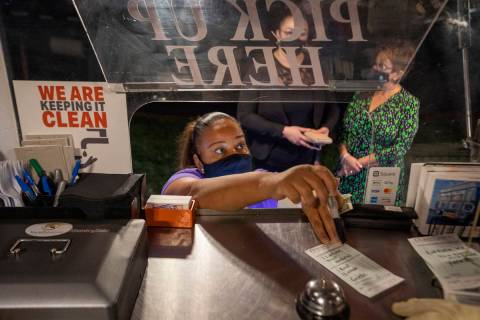 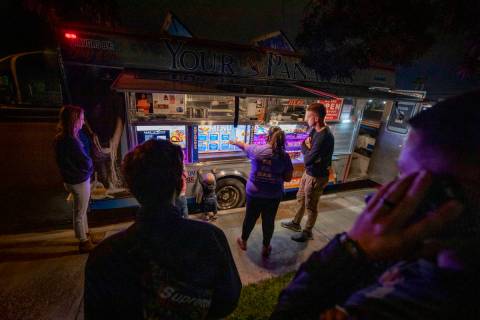 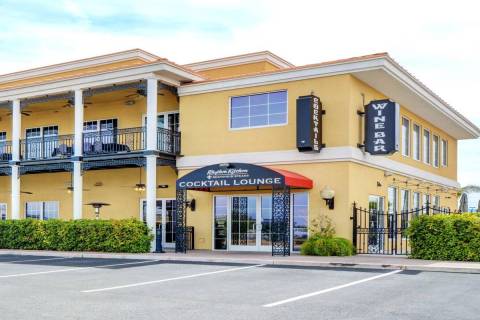 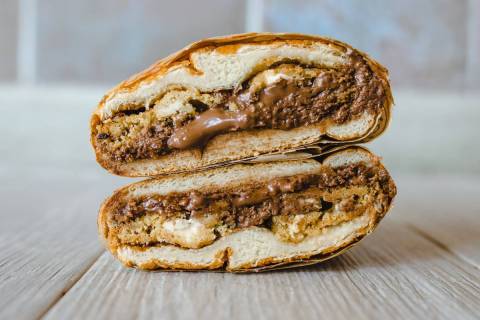 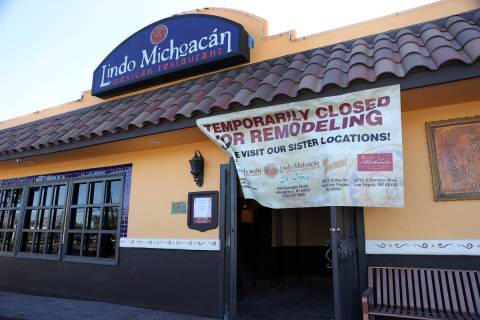