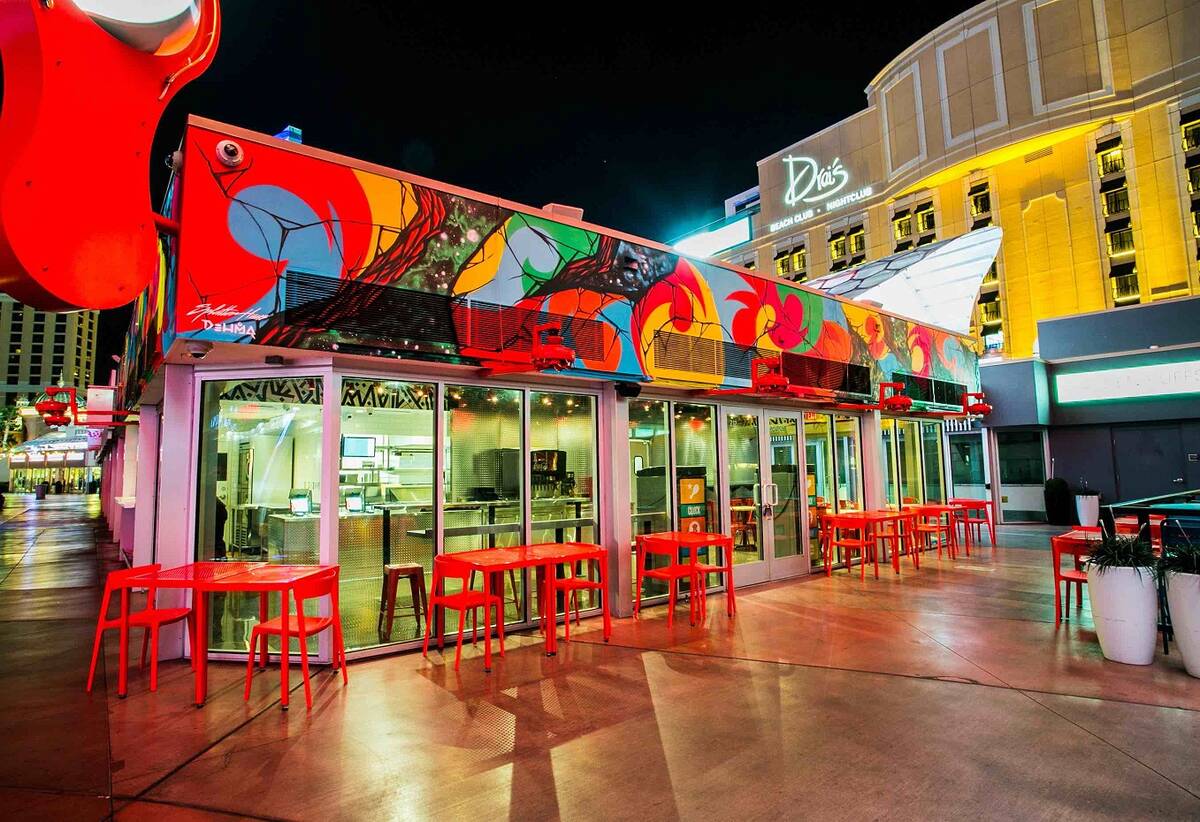 Dave's will be located on the Strip, in front of Bally's. (Dave's Hot Chicken) 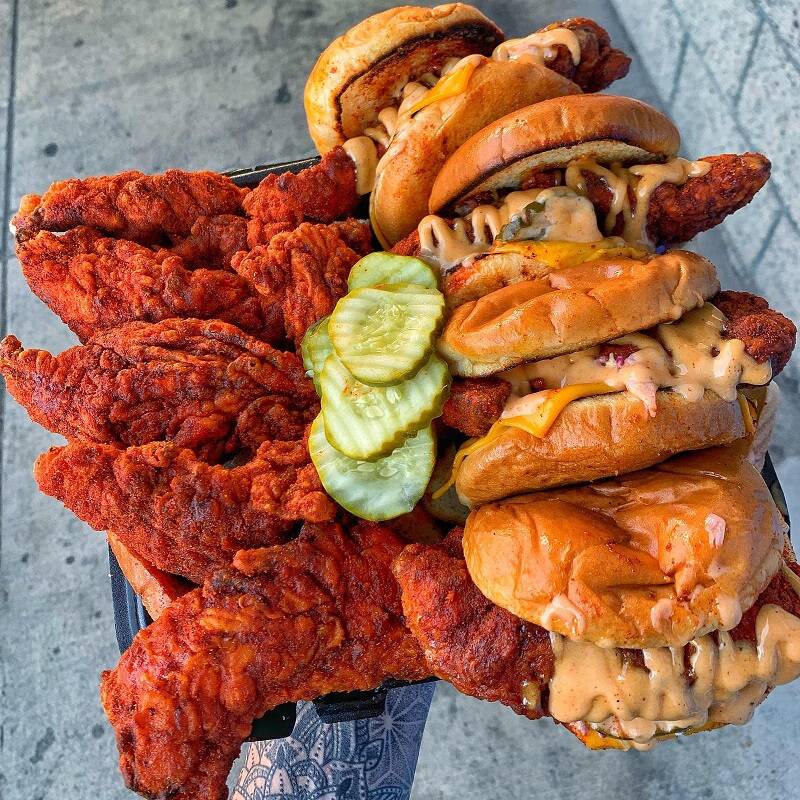 It’s about to get hotter in Las Vegas — at least as far as chicken is concerned. And you’ll be able to get your fix in the wee hours of the morning.

Dave’s Hot Chicken, which started as a popup and turned into a Los Angeles phenom, is scheduled to open Friday at 3623 Las Vegas Blvd. S., in the Grand Bazaar Shops in front of Bally’s.

The new restaurant is a joint venture between Dave’s Hot Chicken and CCA Foods, which already operates Wahlburger’s in the Grand Bazaar Shops, Cabo Wabo Cantina at the Miracle Mile Shops and locations of Starbucks and Johnny Rockets.

It’ll serve the company’s chicken tenders, sliders and tender and slider combinations in six levels of heat, from lite mild to reaper, as well as a no-spice version for those tender of palate. Also on the menu are fries, mac and cheese, kale slaw and shakes.

Hours will be 11 a.m. to 2 a.m. Sundays through Thursdays and 11 a.m. to 4 a.m. Fridays and Saturdays. daveshotchicken.com