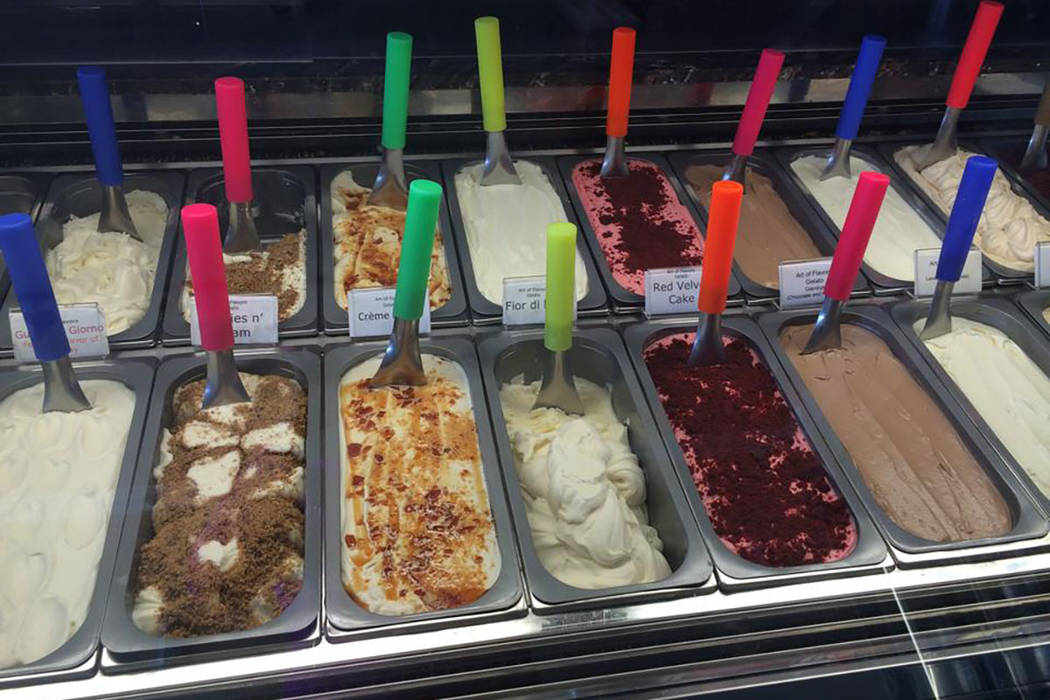 Just as we hit prime frozen dessert season, the downtown gelato spot Art of Flavors has closed its doors. Chef Doug Taylor, who had been running the place since January 2016, posted a video March 27 on the store’s Facebook page that somehow went unnoticed by many of his fans. In it, he announced he was leaving to cook at The Masters golf tournament in Augusta, Georgia through mid-April. And on his own Facebook page Tuesday, he posted a photo showing that he’d made it back to Las Vegas in time for his daughter’s birthday.

As for his next project, the video teased, “When I return, I will be hitting the ground running. And I can’t wait to share the new projects that I’m working on with everyone.” But there’s been no further word on those projects.

In the meantime, the former Art of Flavors location on Las Vegas Boulevard is being converted to a new operation. According to a person onsite who identified himself as the new tenant, it will be a new location for the Mexican dessert spot Lokuras Botanas Mexicanas near Decatur Boulevard and Spring Mountain Road. The restaurant specializes in frozen fruit and juice treats like raspados, jugos and ice cream. Look for that to open in about a month.