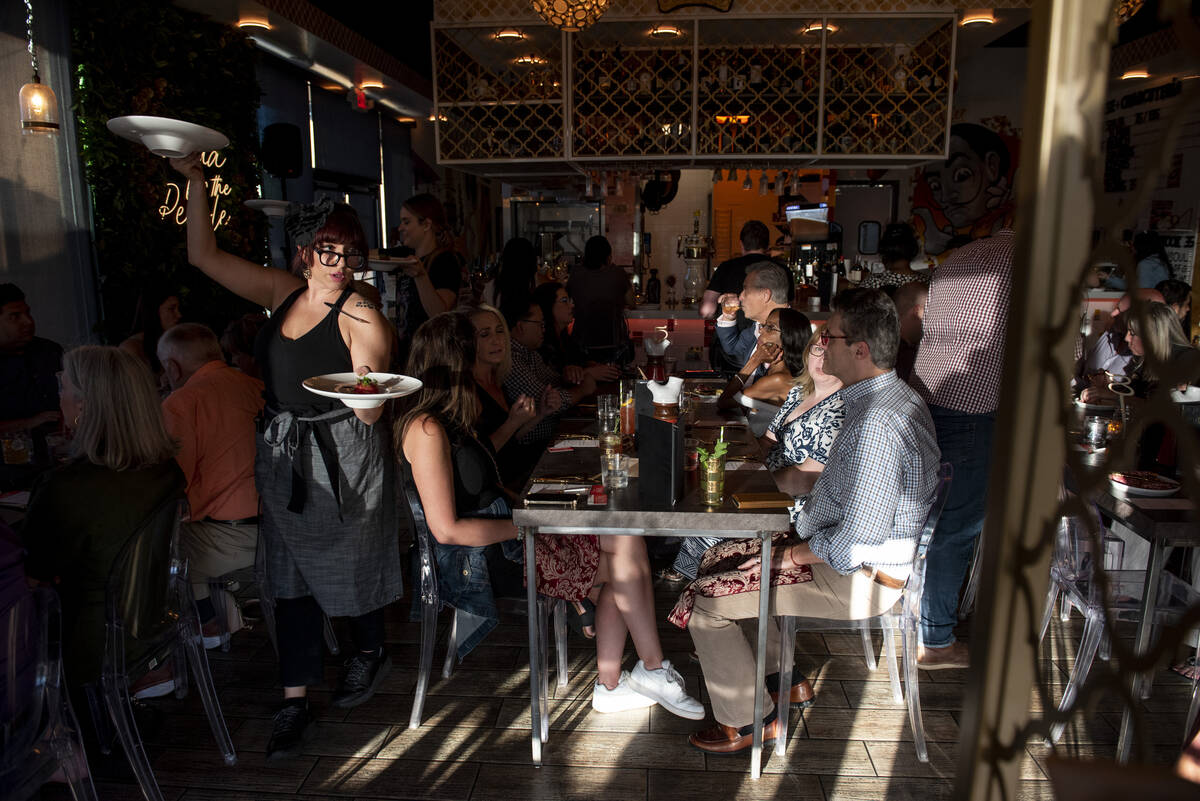 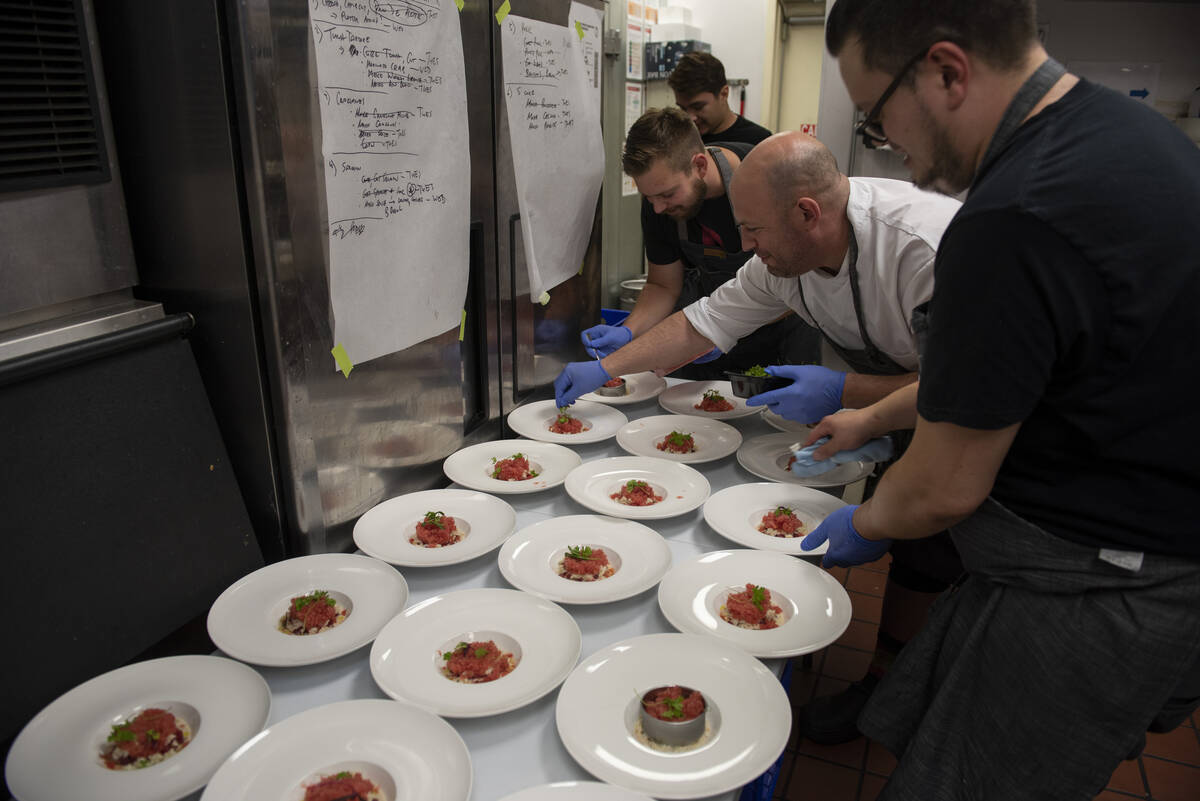 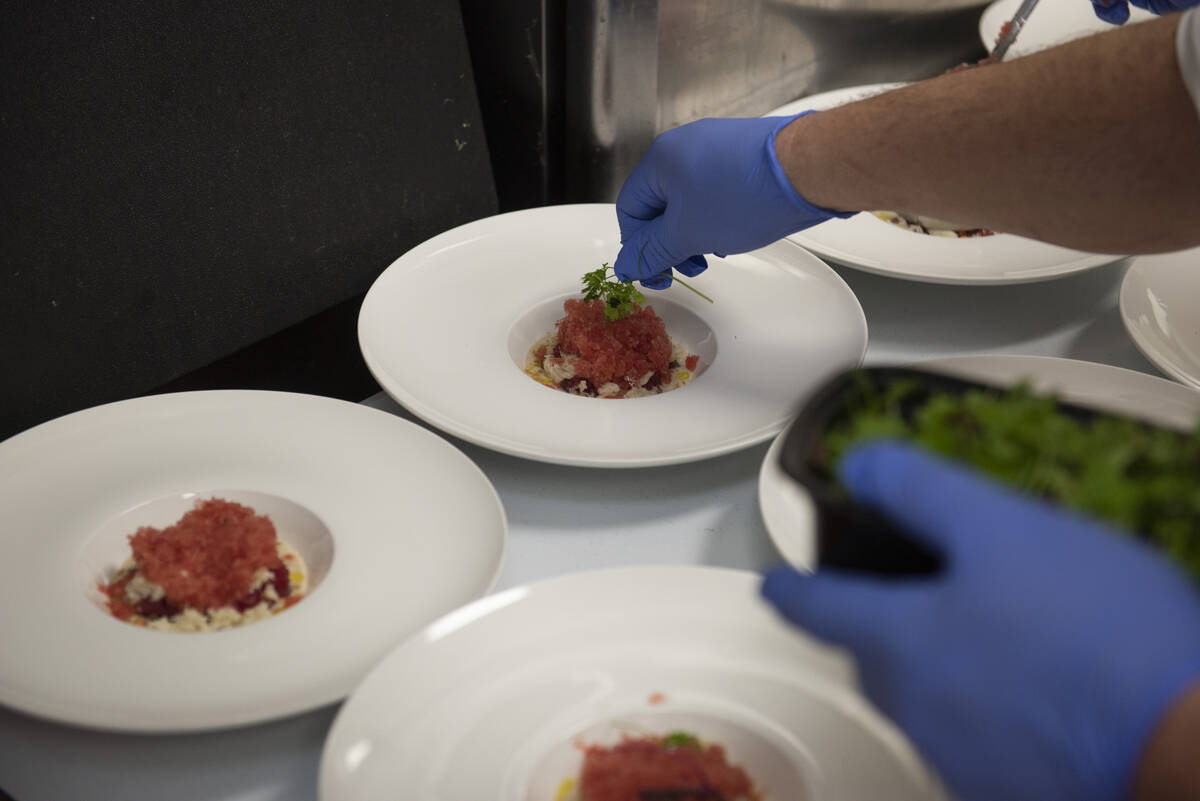 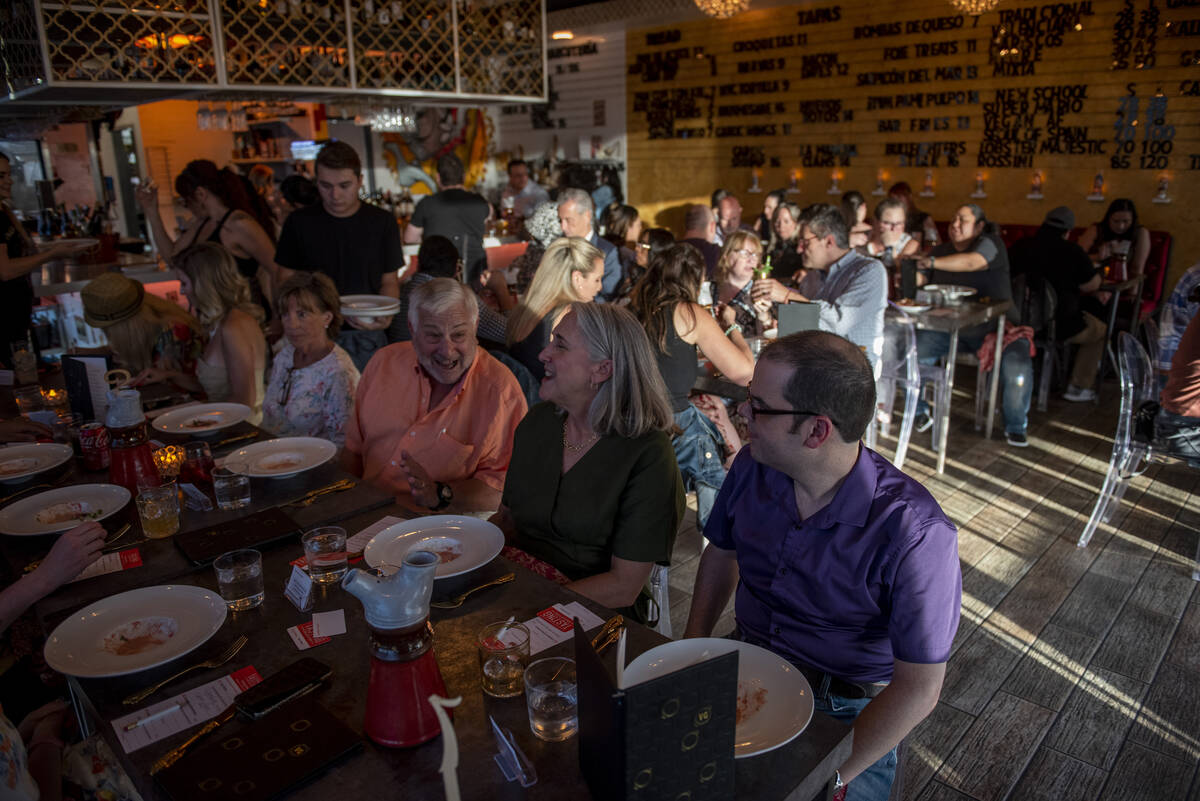 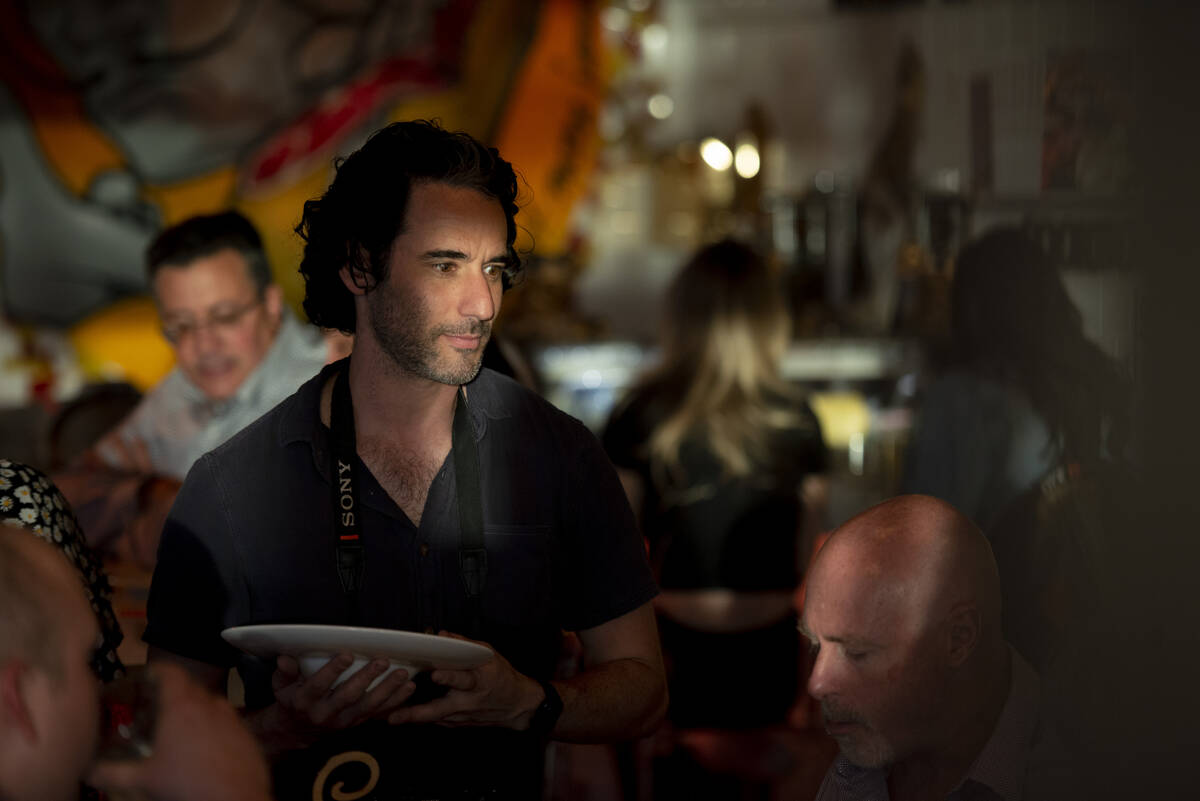 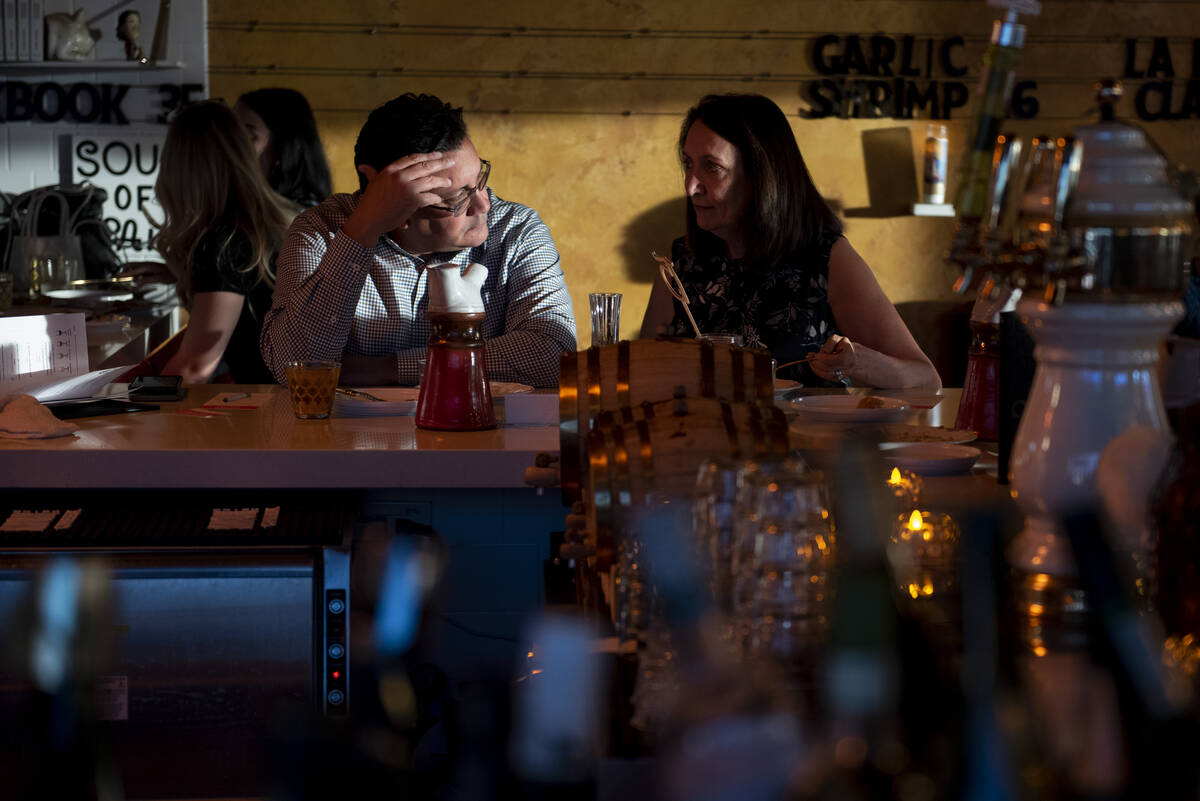 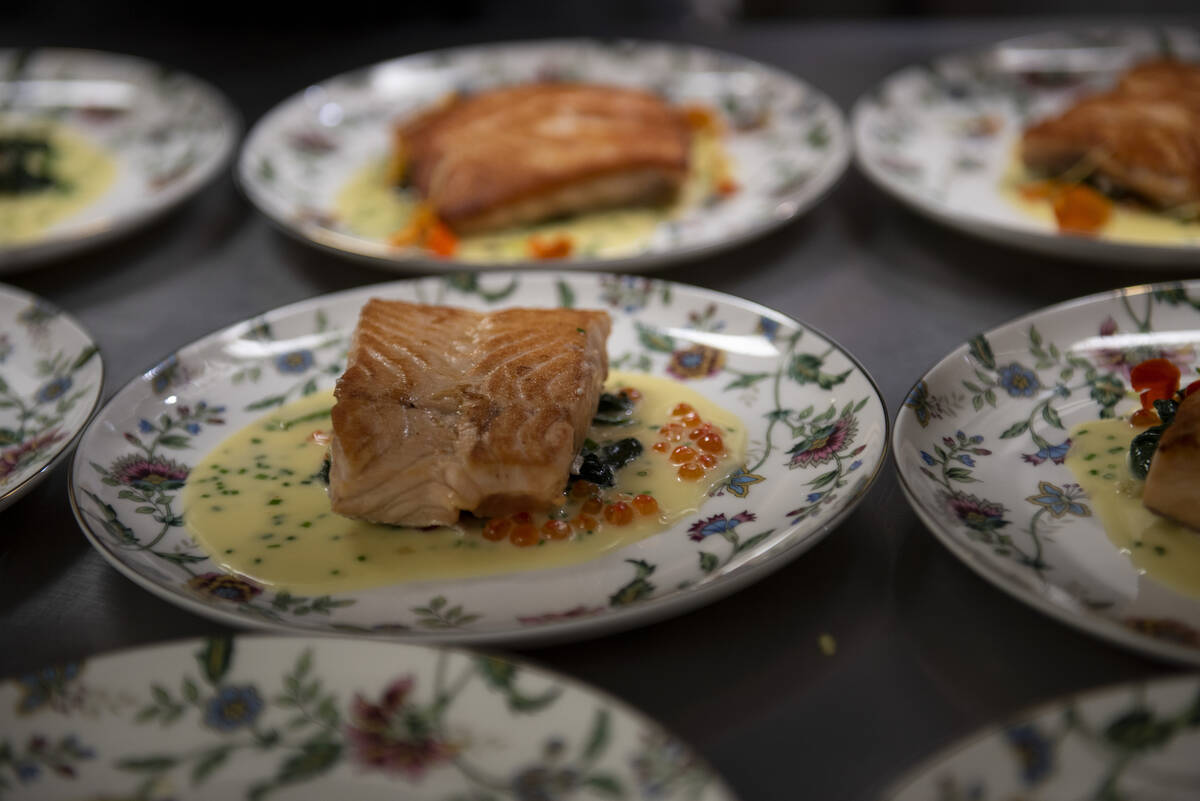 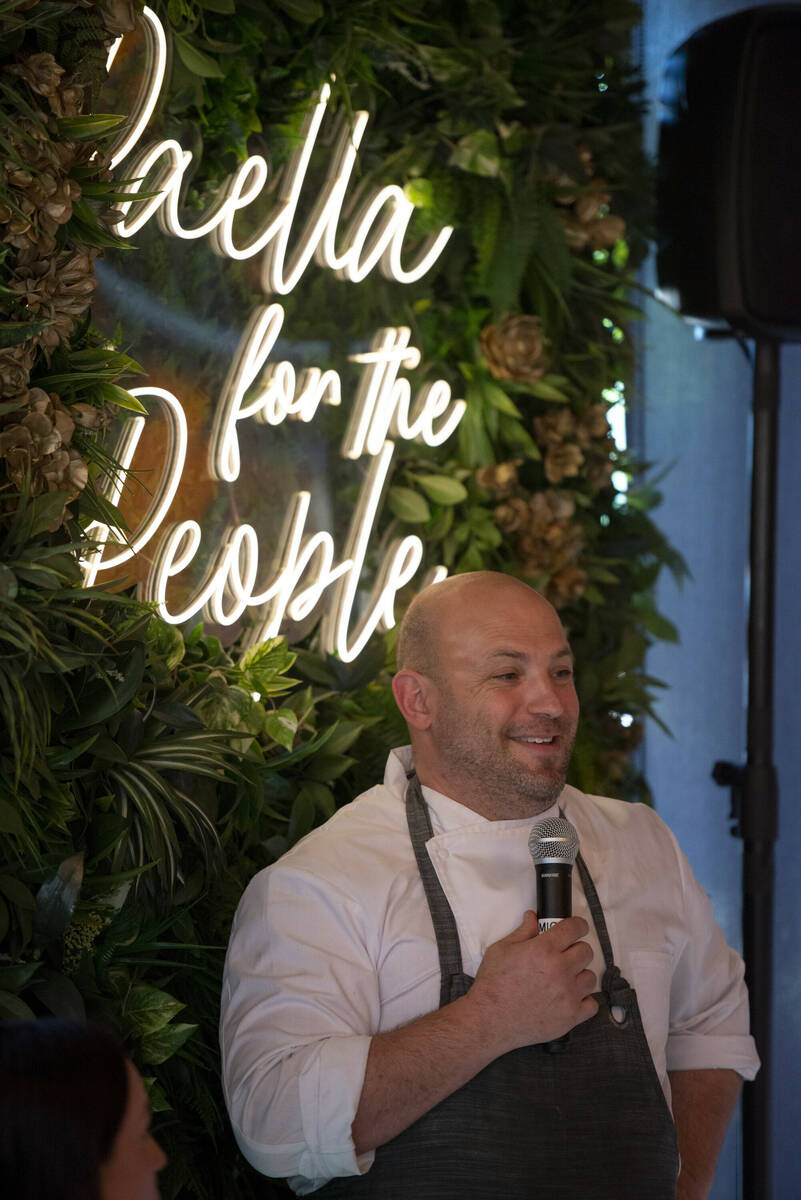 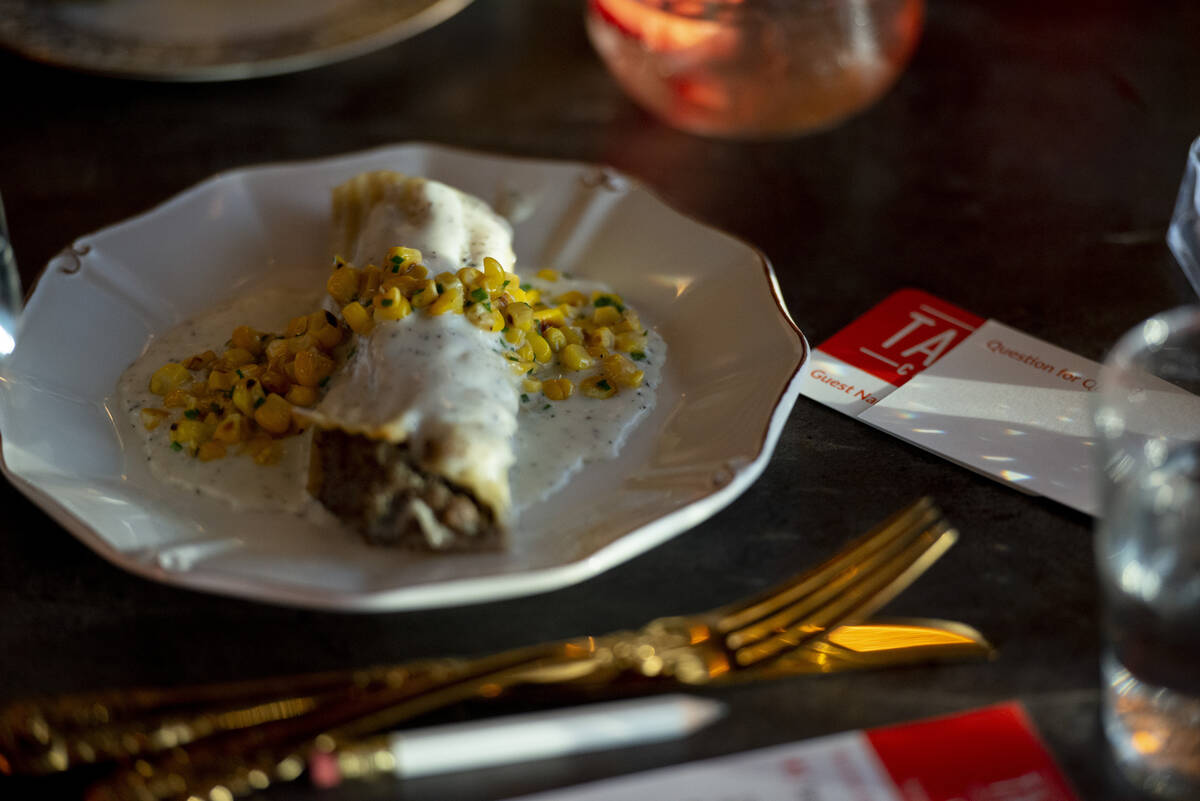 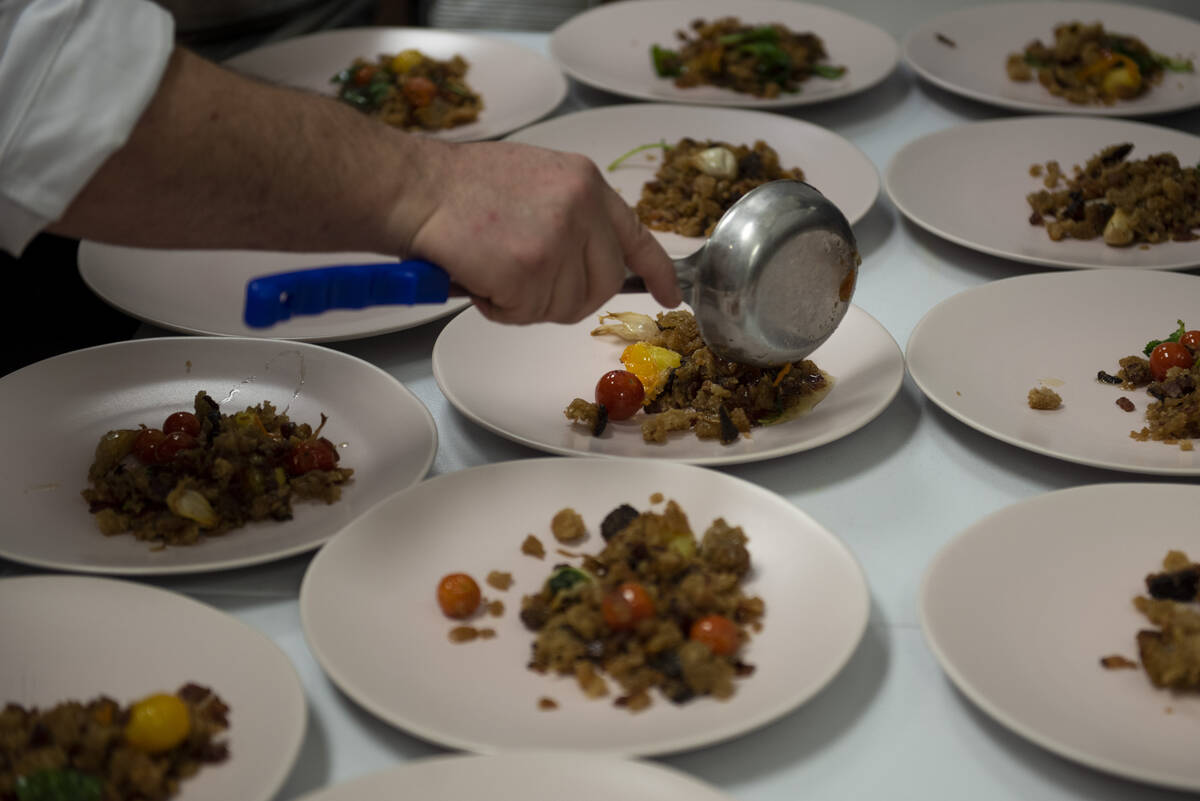 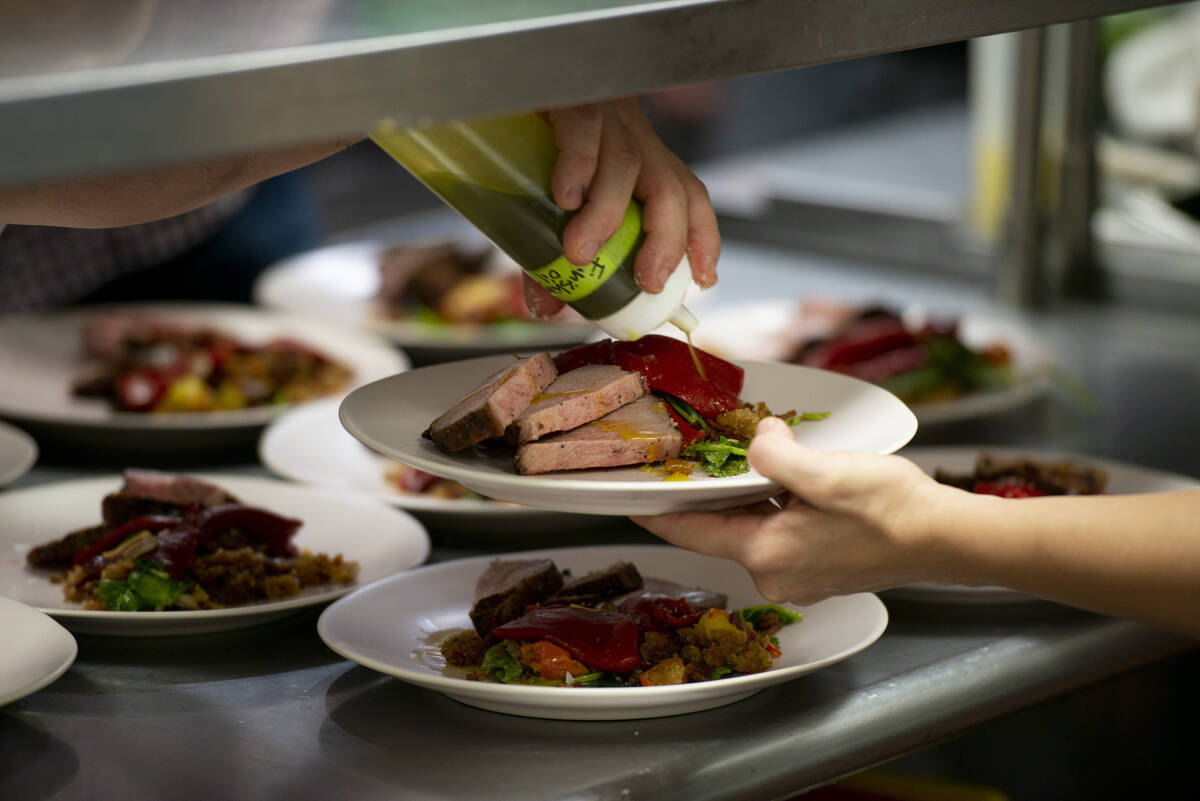 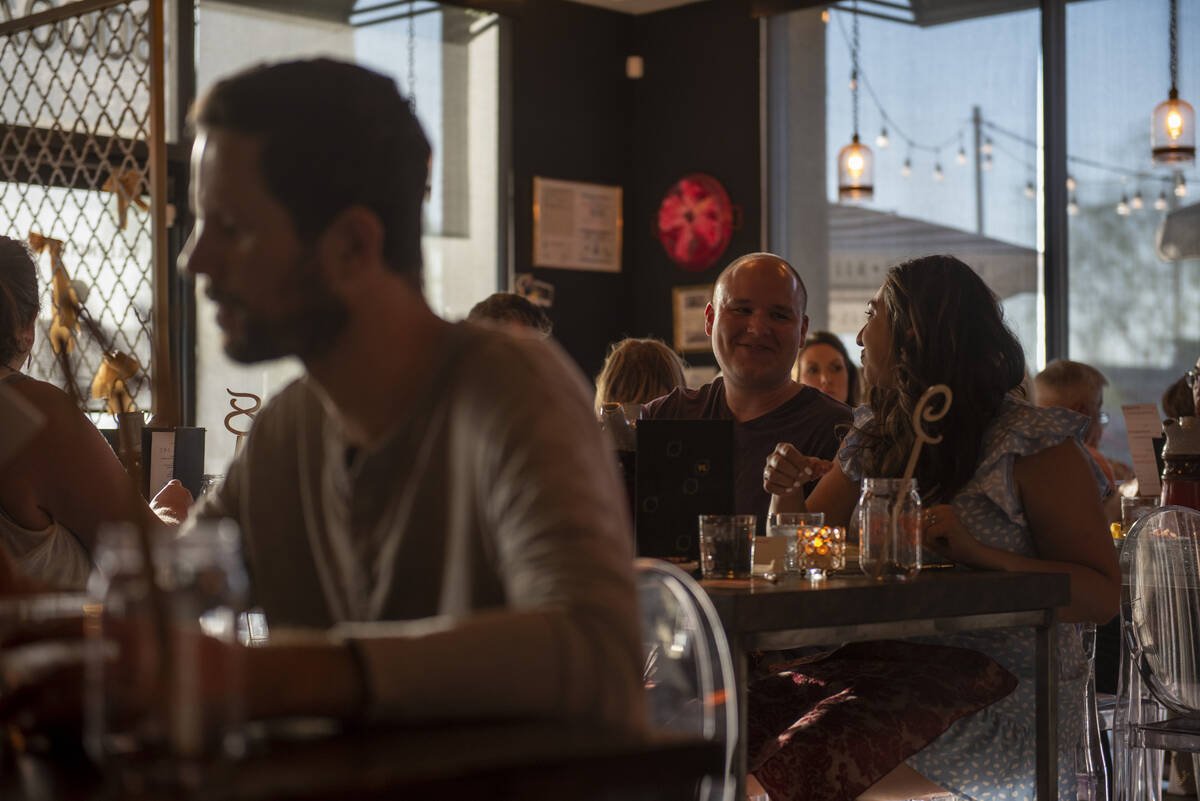 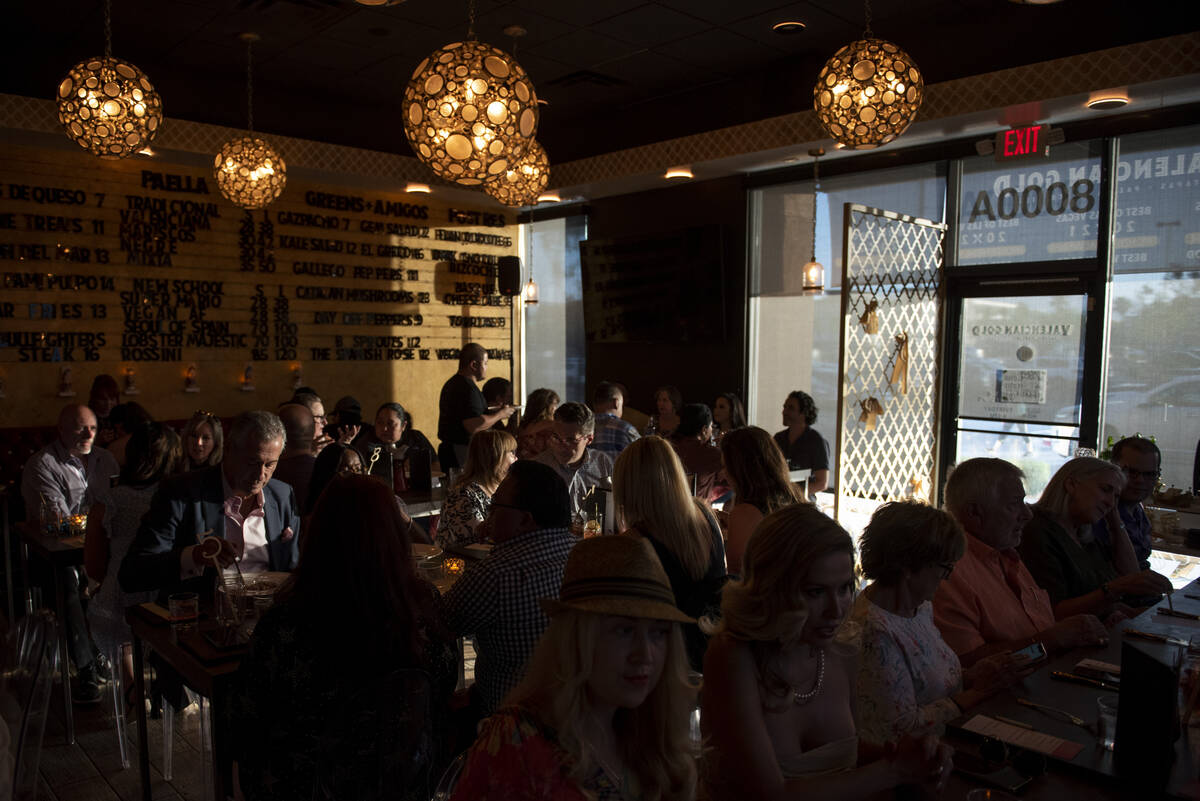 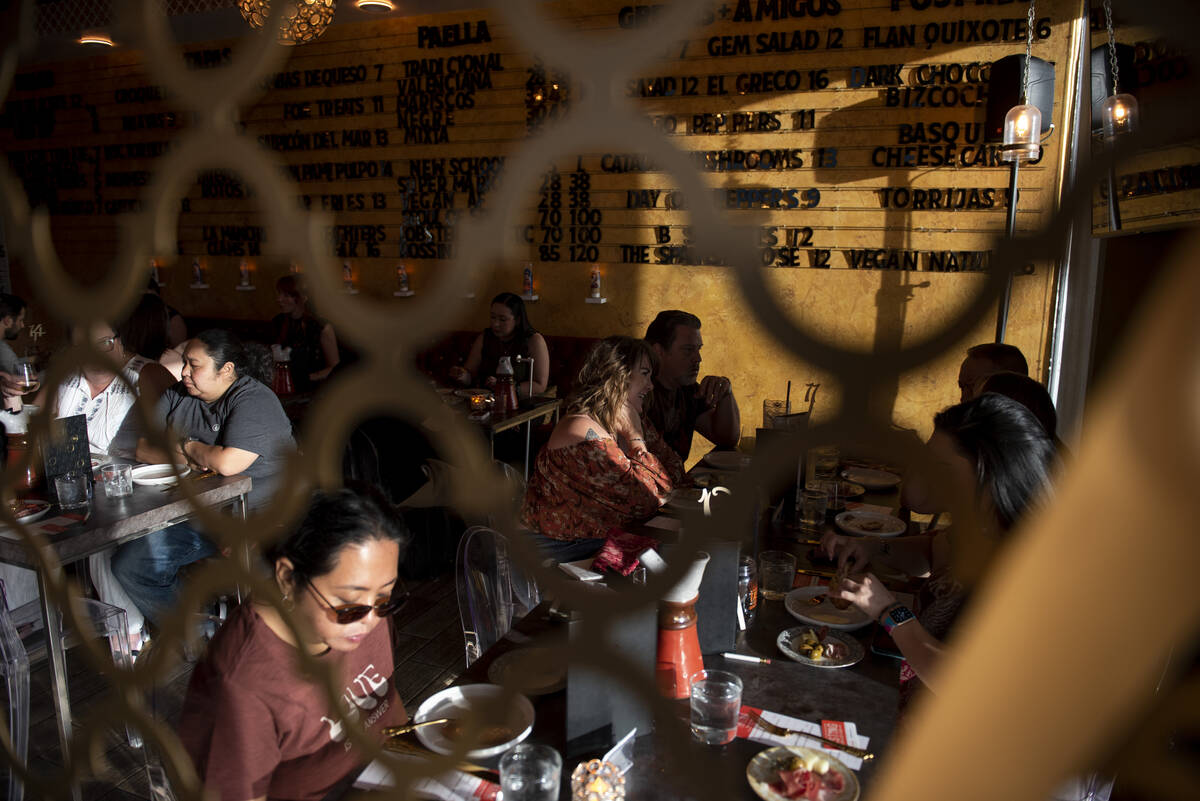 Tasting Collective, a dining club that hosts dinners at local restaurants for its members, presented its inaugural Las Vegas gathering on June 15 at Valencian Gold, with Vegas joining 11 other cities in the Tasting Collective family.

As dinner proceeded, the 46 guests filled out the comments portion of their menus, recording impressions of each dish and assigning it a rating from 1 (low) to 5. At the end of the meal, the menus were collected and handed to chef and co-owner Jeffrey Weiss.

This feedback — in person, by consistently knowledgeable diners, offered as constructive criticism — marked a change from Yelpers bloviating online. The process seemed a rebuke, or at least a counterpoint, to Yelp and its ilk.

And that was no accident.

Although Tasting Collective dinners incorporate comments and ratings, “underneath, it’s about human connection,” Gelb said. “Between the diners themselves and the diners and chefs.”

Memberships are $165 annually (the first 500 sign-ups in Vegas are $115). Members pay $60 for tickets to five-course dinners, a bit more for nonmember tickets. Proceeds are retained by the restaurant; Tasting Collective generates revenue only through memberships, Gelb said. And the Collective guarantees a sellout, often on nights restaurants aren’t busy.

“If I have a guaranteed sellout, I’ll take it,” said Weiss, the chef and co-owner. “It’s a great opportunity for us to make some fun food we don’t normally do. It’s an opportunity to reach out in the market to folks who haven’t been here before.”

Weiss, a former internationally ranked pairs figure skater (yes!), worked in restaurants to help pay the bills during his years competing. He graduated from hospitality school at Cornell University and received a scholarship for culinary study in Spain, including with José Andrés. Like the regular menu at Valencian Gold (the name is slang for “paella”), the Tasting Collective menu drew on the chef’s deep love for, and knowledge of, Spanish cooking.

A table of seven was seated near the door. Except for two couples, the people were all strangers. Why did they willingly have dinner with folks they didn’t know?

“To meet like-minded people who enjoy food,” added Gregg Matsumoto, who is retired from the Air Force.

The first course arrived: tuna tartare with crab, an icy mound of watermelon granita, a puddle of almond crema. “The sauce in the bottom is ajo blanco,” the chef said. “It’s the original gazpacho.” The dish tasted like a savory snow cone.

Leika Rosete texted approvingly to a friend in L.A. about the second course: Barcelona canalons (pasta sleeves) stuffed with summer corn and chicken liver, then draped in truffle béchamel.

Bread a decade in making

Ding! Ding! Ding! A bell announced the emergence of chargrilled salmon atop Bloomsdale spinach and sabayón with pops of salmon roe. Talk turned to real estate, as it always does these days, and to favorite restaurants. Esther’s Kitchen, The Black Sheep, Harlø Steakhouse and SoulBelly BBQ made the roll call; Sparrow + Wolf led the list.

“Everybody likes Sparrow + Wolf,” said Samantha Morrissey, a food influencer with nearly 52,000 Instagram followers. Morrissey showed the table a swipe of her feed. A luscious image of shrimp tacos from Peyote in downtown Las Vegas caught the eye of Debbye Baciak, who attended the dinner with her husband, Edward.

Weiss has lectured and written extensively on Spanish butchering and meat curing (including a James Beard Award-nominated cookbook), and for the fourth dish, he mingled Benton’s bacon with pan de aceite (olive oil bread) to form migas (crumbles) that accompanied roast pork.

The bread, the chef said, was “kind of focaccia, but not quite; kind of sourdough, but not quite. It took me 10 years to perfect.”

By this time, the table had gotten a little looser (lubricated by wine), and connections among the diners emerged. One in particular stood out. Like West and Matsumoto, active and retired Air Force respectively, Debbye Baciak’s father had been in the Air Force. She recalled new orders her father received when she was 14.

“You’re going to move me from England to Nebraska?” she recalled asking, her voice still reflecting the trauma of the displacement these many decades later.

Strawberries were nudged by smoke from the wood grill, then served with buttermilk poundcake and a quenelle of Spanish goat’s milk crema, to finish out the meal. What was that jot of extra of richness? Ah, yes: a splash of Spanish olive oil.

After dinner, the chef answered several questions diners had written on blank cards. Among them: What is the secret to good paella? The proper liquid-to-rice ratio. His is about 3:1. “In Valencia, every grandmother has her favorite cup to measure the rice for paella,” Weiss said.

And what would you eat for your last meal? A great baguette with great butter and salt, he answered.

As the table readied to leave, the consensus was that the tartare and roast pork were the favorite dishes. But these impressions, and others, would remain on the comment cards. No need to go home and Yelp.