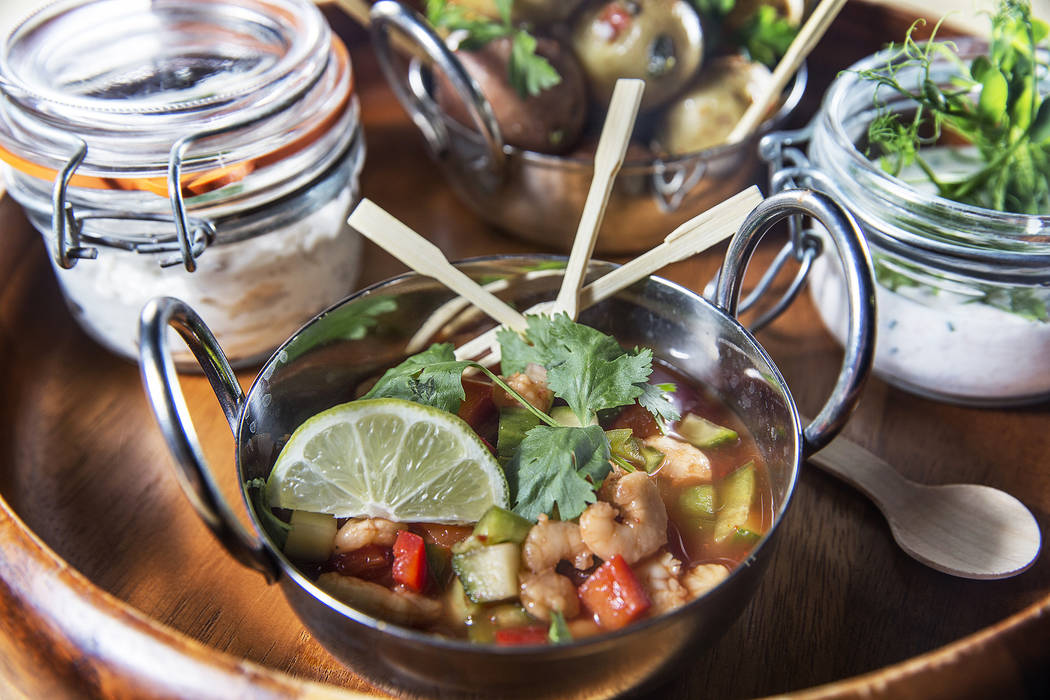 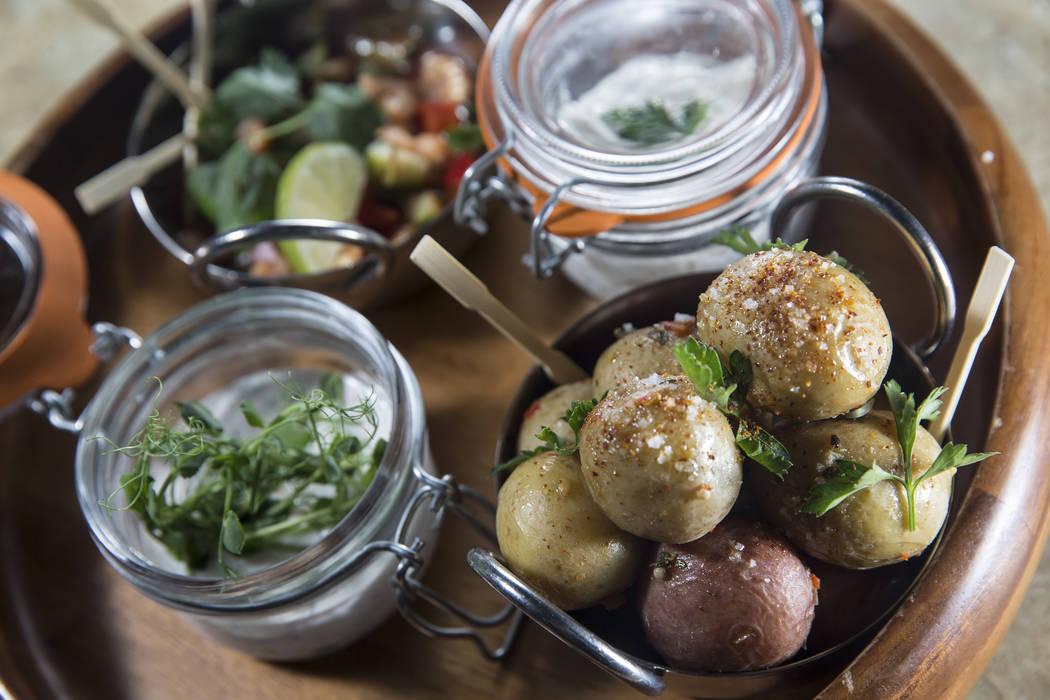 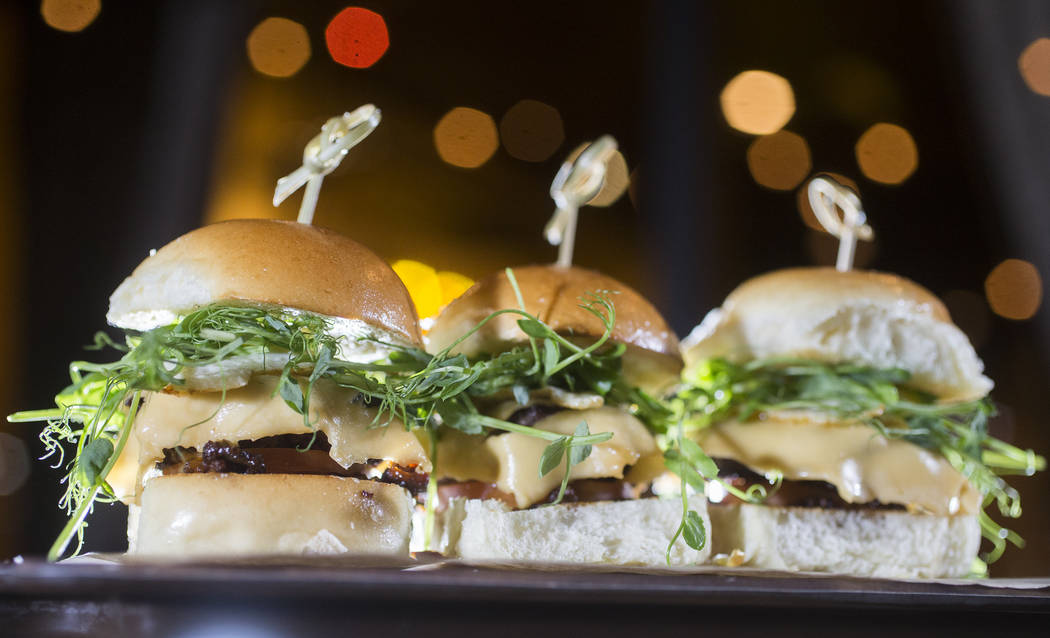 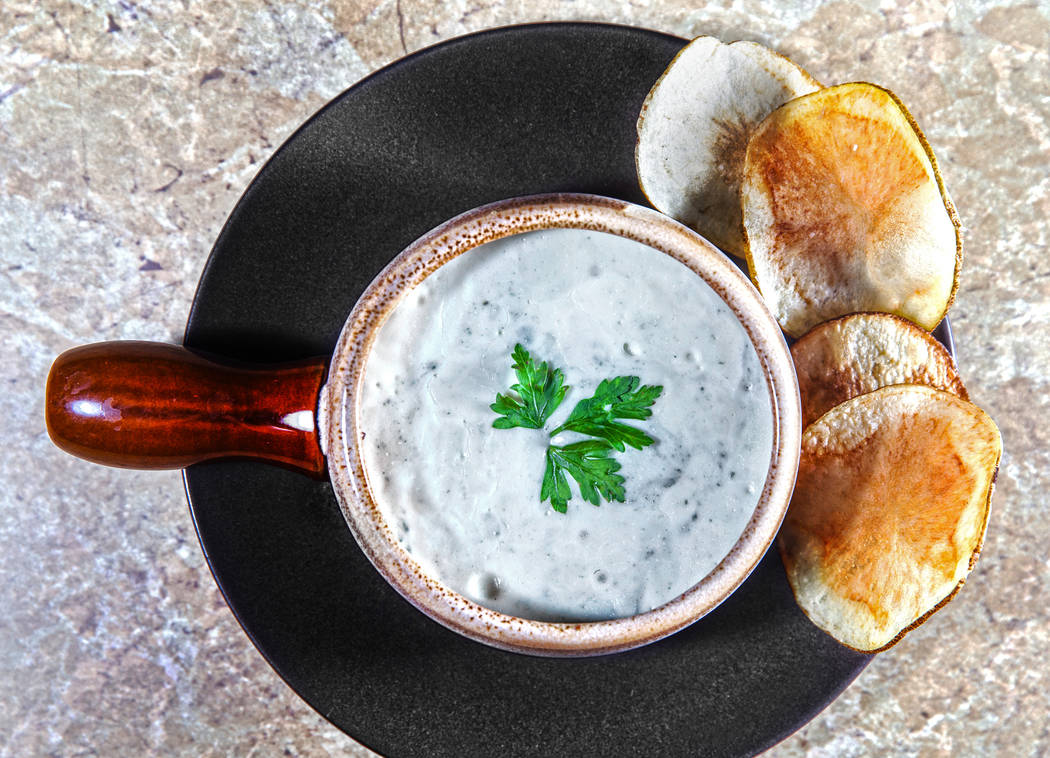 It’s bordering on an embarrassment of riches, although the Southern Nevada dining community could be forgiven for feeling smug at the whole series of great little spots opening across the valley. One of the more recent arrivals is Boteco in Henderson, which opened in May with executive chef Rachel LeGloahec at the helm.

Named after the type of Brazilian “no-frills meeting place,” Boteco features the sort of small plates that have come to be lumped into the Spanish label “tapas,” even when the ingredients are cross-cultural.

LeGloahec, who formerly worked in Joël Robuchon’s kitchens at MGM Grand, presents an inspired assortment of Mapa Mundi or “world conservas,” listed on a card on the table. There are eight variations, each referencing a different global cuisine. They come served in jars with crisp-crusted artisan bread and can be ordered singly ($5) or in multiples ($13 for three). The American entry includes a salami, mortadella and pickled-vegetable spread surprisingly reminiscent of New Orleans’ famed muffuletta. The jar credited to Alba, Italy, was more straightforward, blending whipped black truffle cream with chives for a spark of flavor. The selection from Lyon, France, included Pâté de Campagne — a country pâté rich with duck fat accented by the bite of Dijon mustard and the soulful depth of port.

The bacon jam with blue cheese fondue ($13) was a sized-for-two cocotte of warm, pungent cheese with a layer of smoky, meaty bacon jam and caramelized onions. The accompanying house-made kettle chips were hefty enough to withstand dipping.

Gnochetti di Zucca ($11) provided an autumnal touch, its golf ball-sized orbs (larger than the name would indicate) infused with the mellow touch of pumpkin. The mildness was offset by the zip of a Parmesan cream sauce and salty crackling of Proscuitto di Parma crisps.

Service and decor were simple and streamlined. Our server was gregarious, and the interior was blissfully soothing, with marigold walls offset by stone accents and charming lighting made of masses of wine bottles. There’s also a dog-friendly patio.

Boteco is located in Sansone Park Place, which has become a goldmine of great little eateries (nearby chain behemoths notwithstanding). It may not be authentically Brazilian, but like our communities, it’s far richer for its diversity.