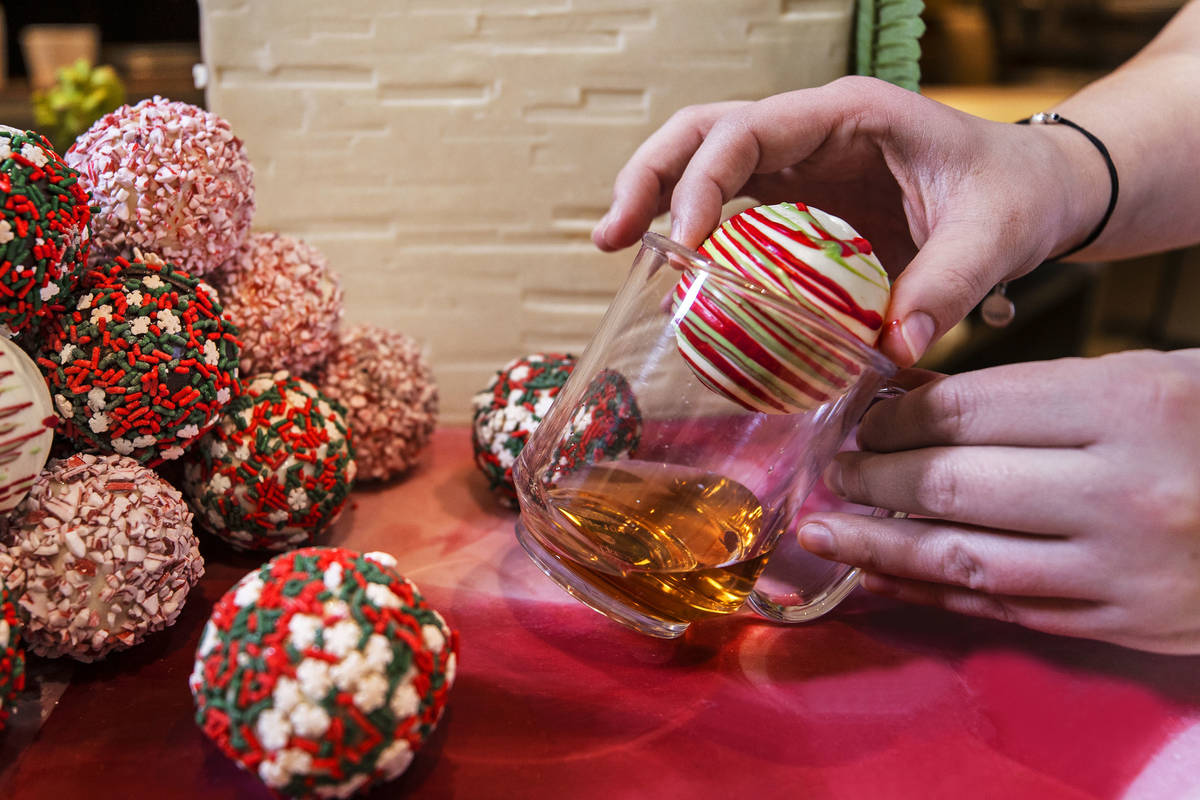 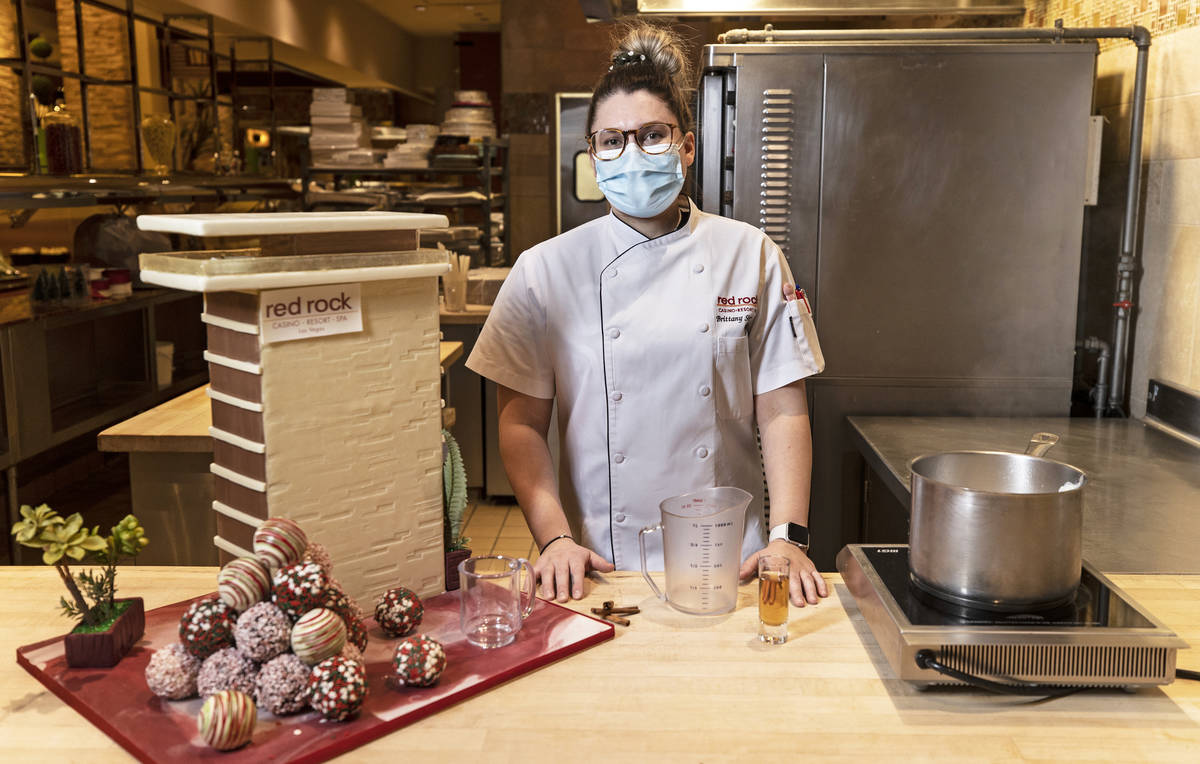 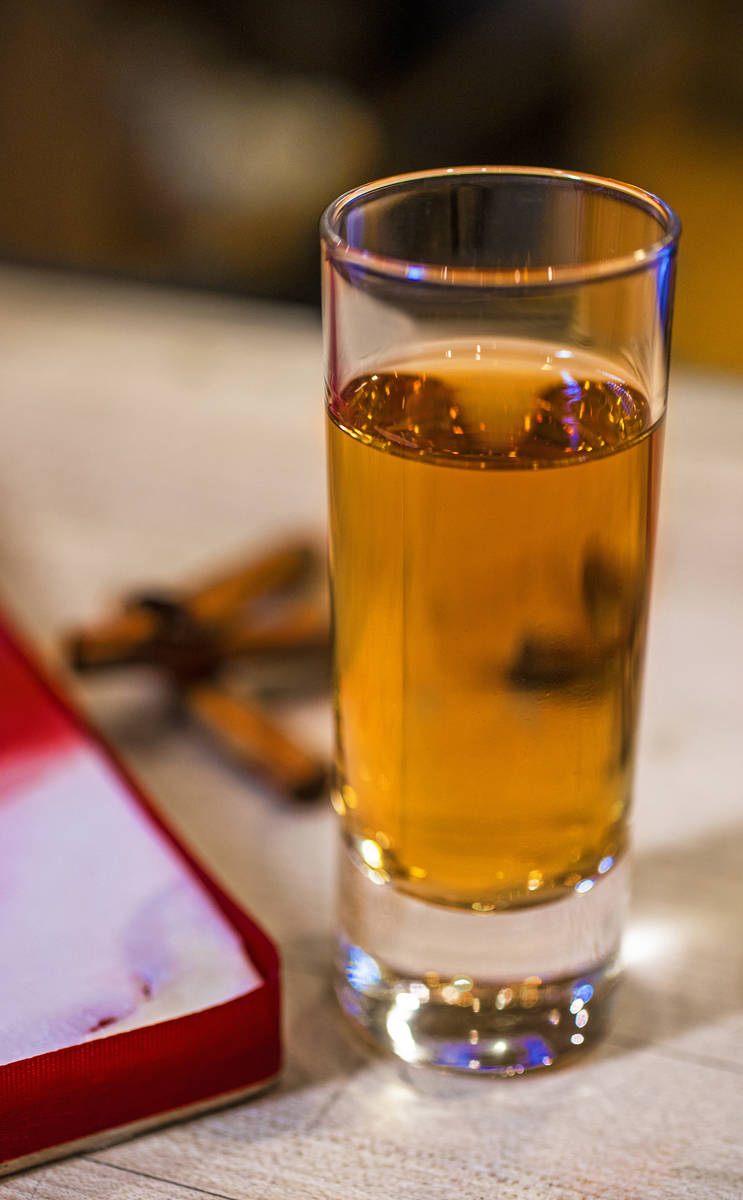 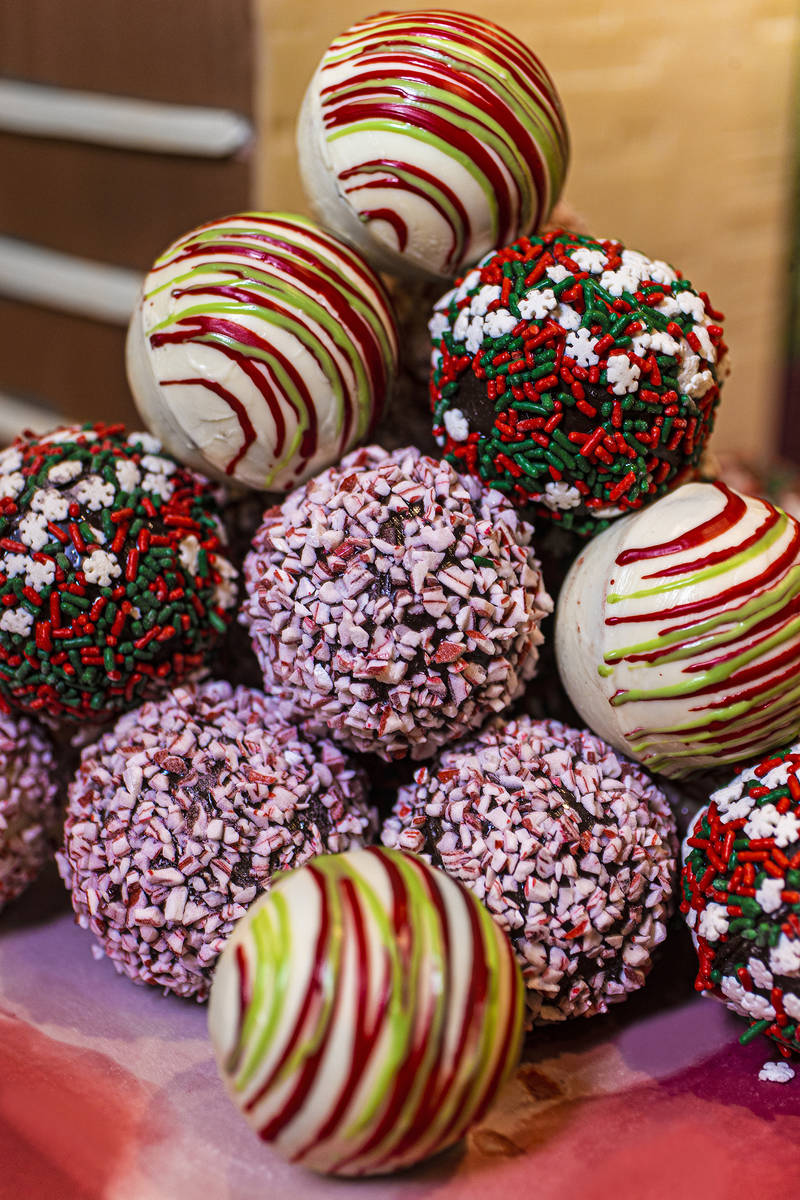 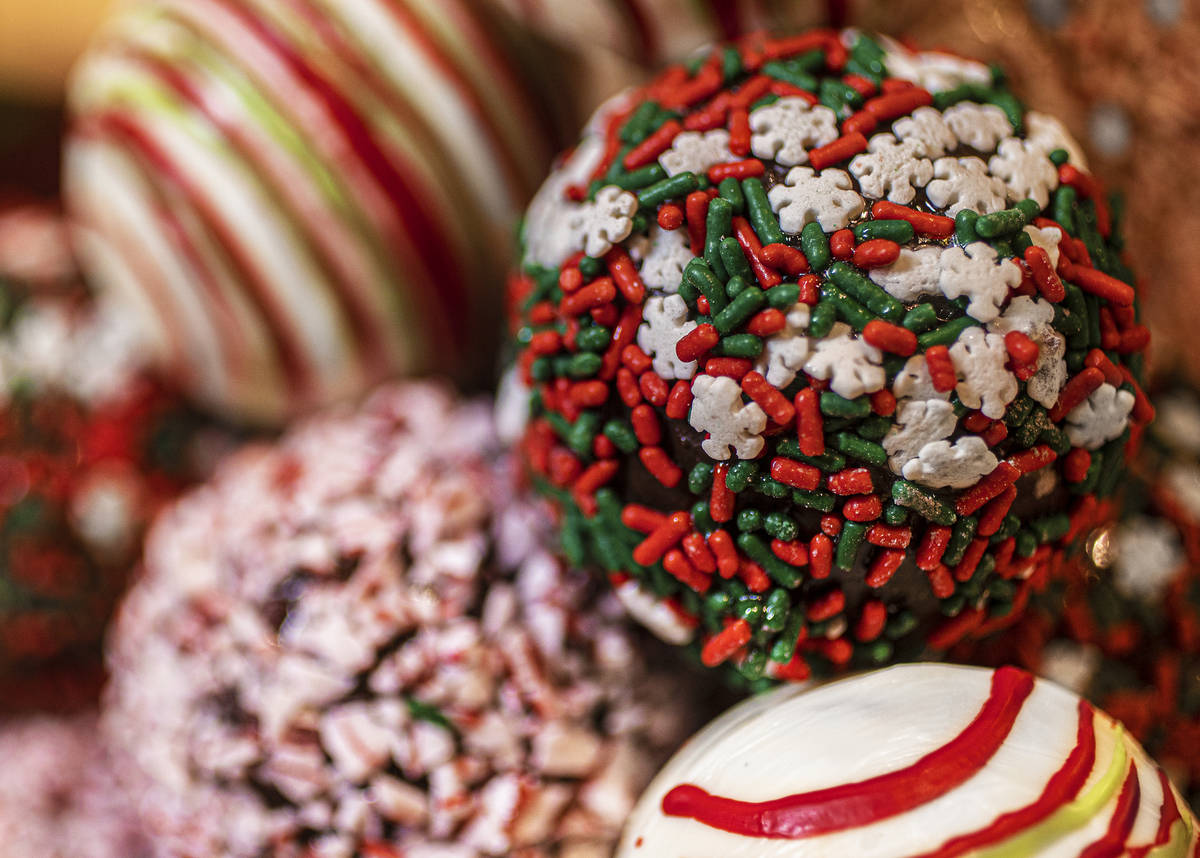 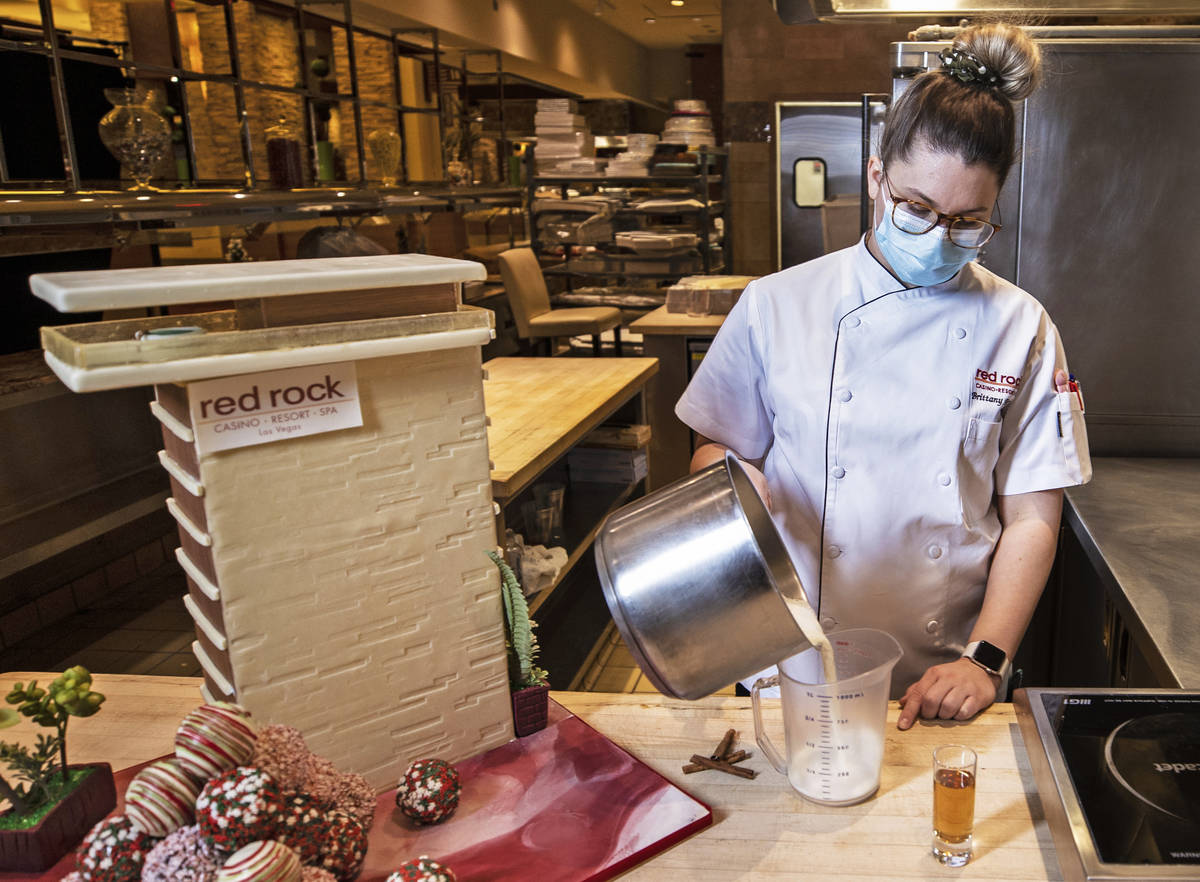 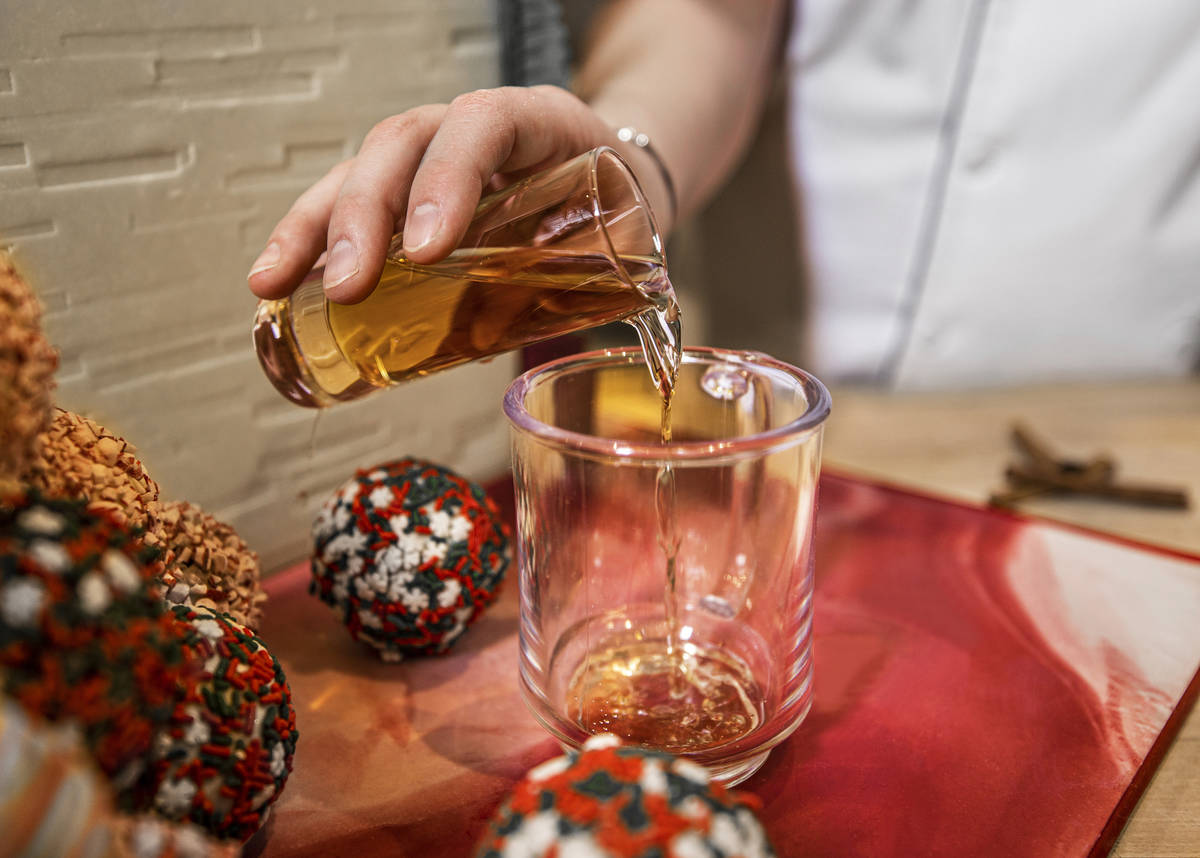 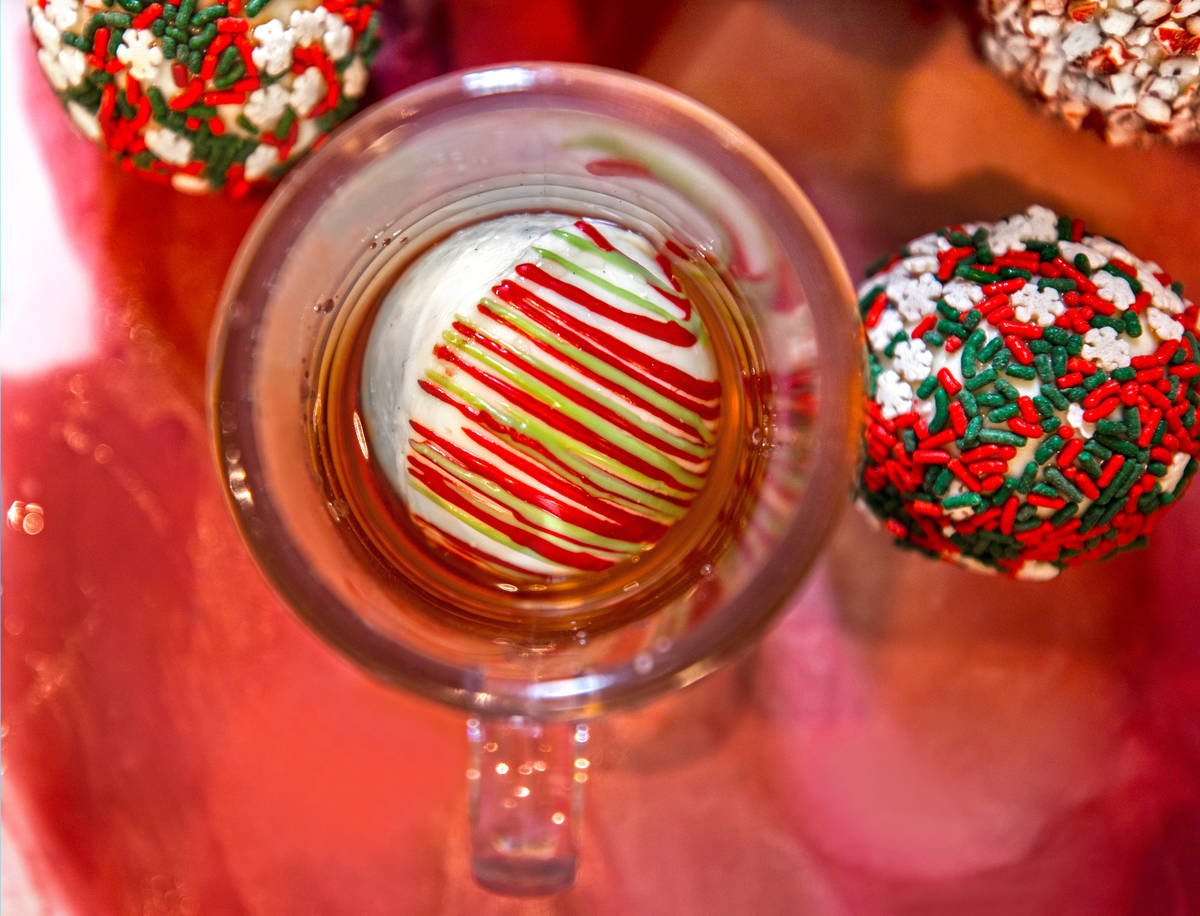 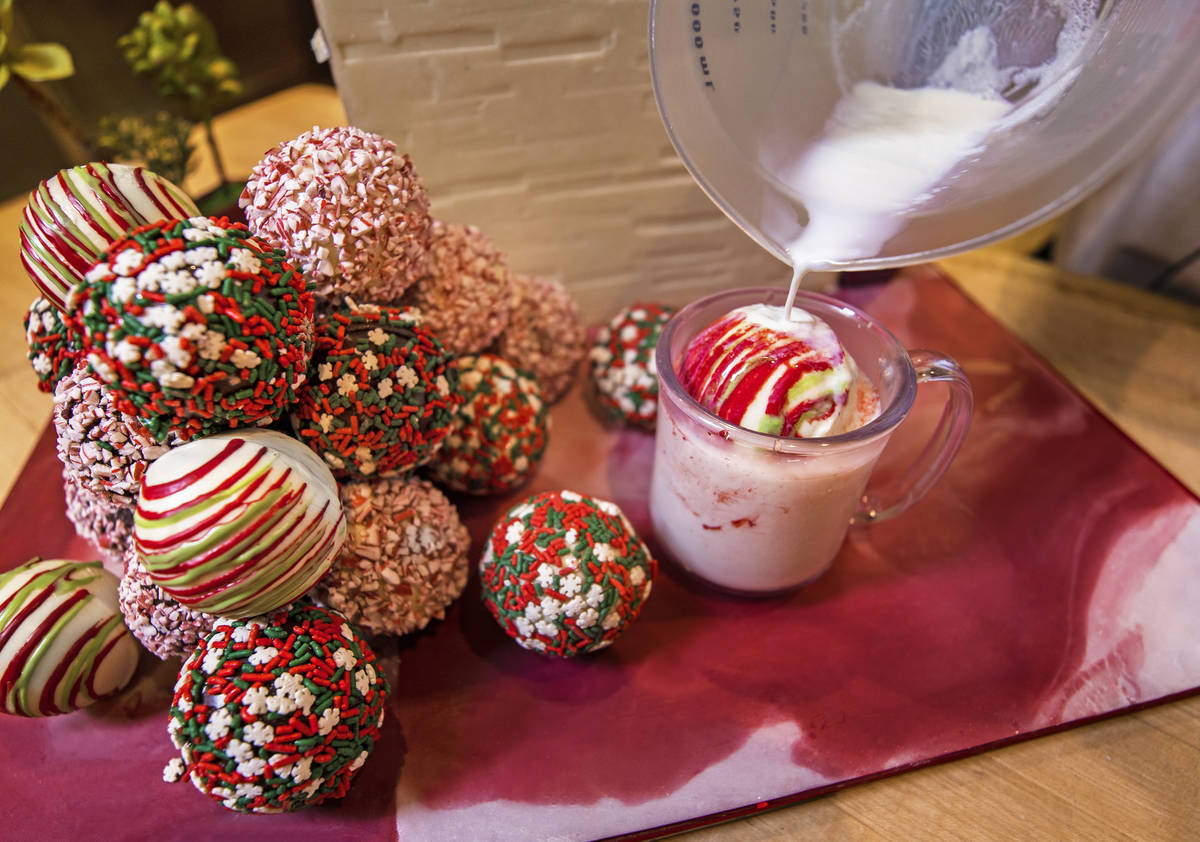 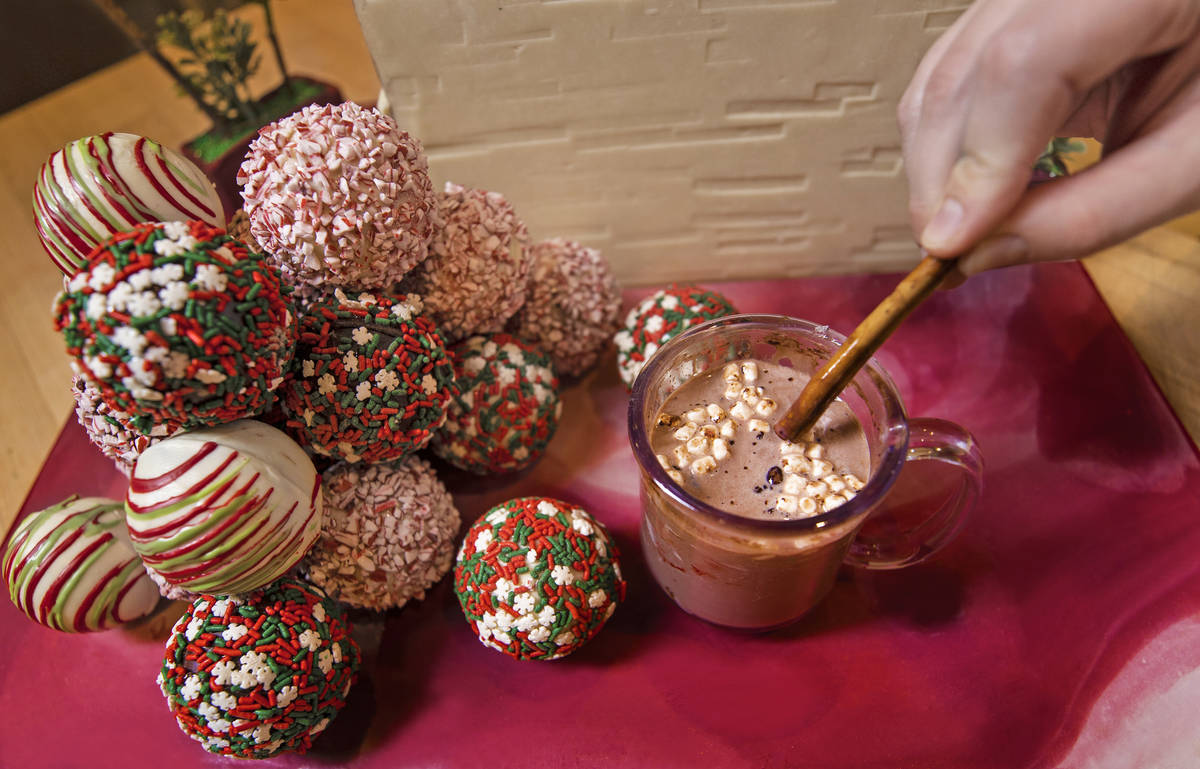 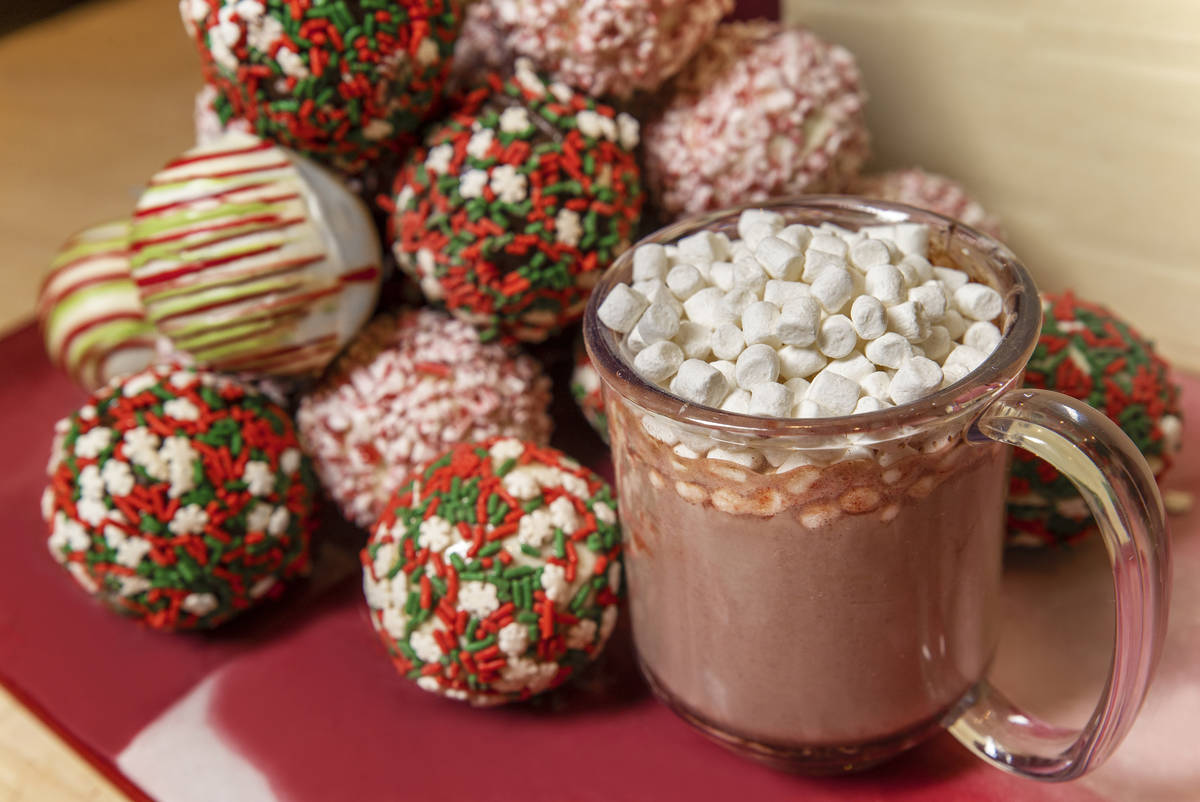 Think of it as the antidote to — or at least opposite of — everything 2020 represents: A pretty package that collapses under pressure and actually reveals something awesome, even yummy.

It’s the cocoa bomb, which has become a social-media sensation for its spectacular transformation. And now you can buy one in Las Vegas.

The cocoa bomb starts innocently enough, looking like an oversized round chocolate. When hot milk is poured over it, though, the sphere gradually devolves until it finally bursts open in the pool of milk to reveal a trove of tiny marshmallows and cocoa mix. With a quick stir, the bomb becomes a mug of fresh hot cocoa.

“It’s something that we saw on social media and thought it was a really cool idea,” said Jose “Lupe” Avila, executive chef of Red Rock Resort. “I talked to our pastry chefs to see if they could come up with something similar that we could feature either in Merry Crimson (the resort’s popup holiday bar) or in our cafe. They did an amazing job; they came up with different flavor profiles and garnishes.”

One, for example, has peppermint-tinged cocoa mix and is coated with crushed peppermint candy. The Drunken Cocoa Bomb served at Merry Crimson finishes a traditional cocoa-marshmallow combination with Captain Morgan Gingerbread Rum.

For take-home bombing, they’re available at the pastry and cake display in the resort’s Grand Cafe for $7.50 each. They’re also available on the property’s website (go to the Bake Shop and choose “order online”) for pickup at the cafe.