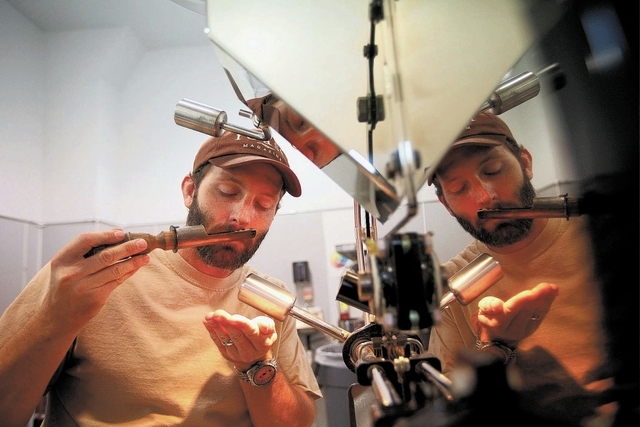 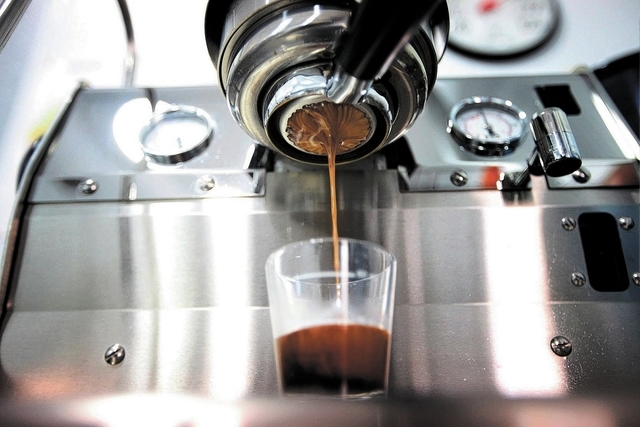 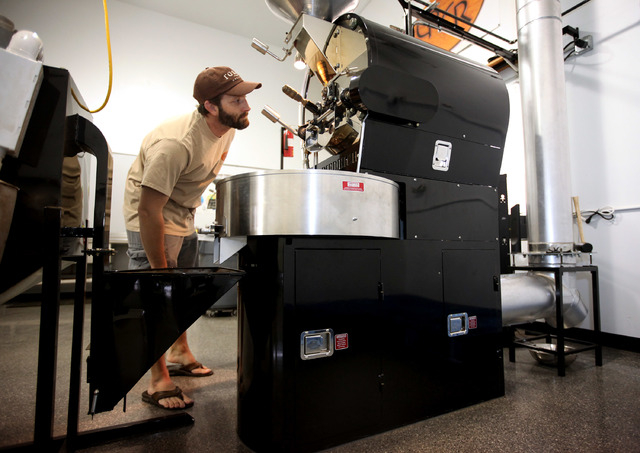 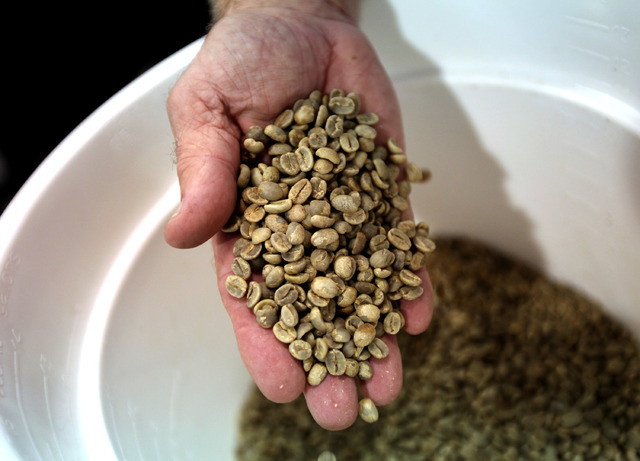 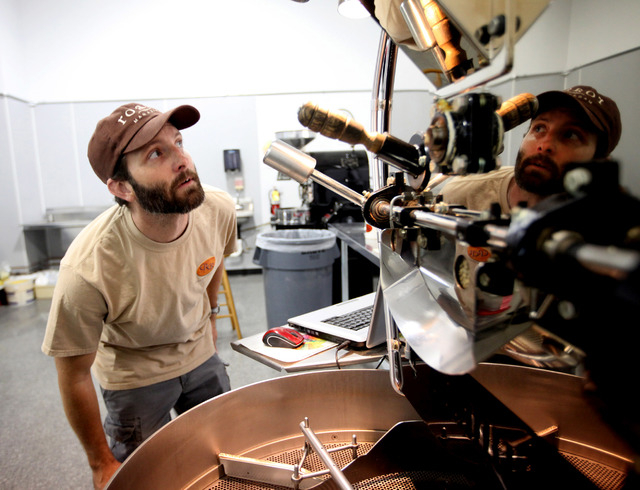 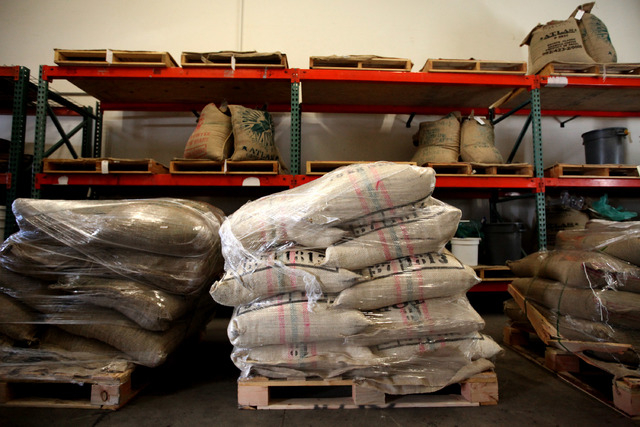 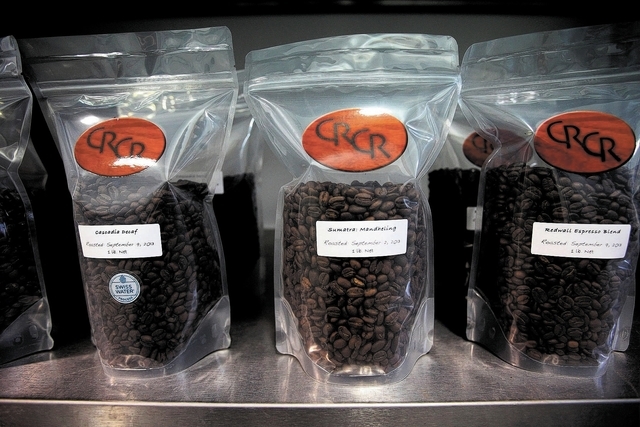 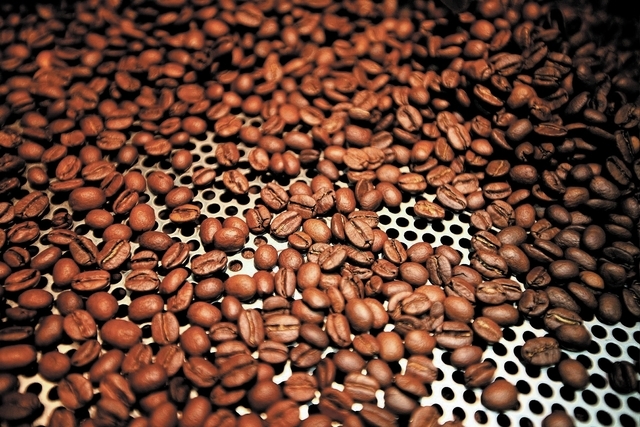 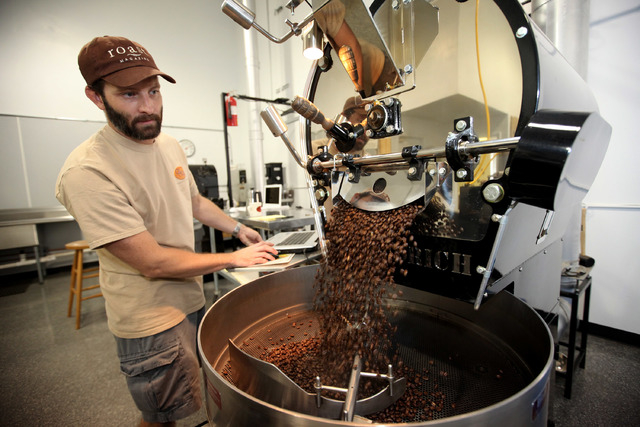 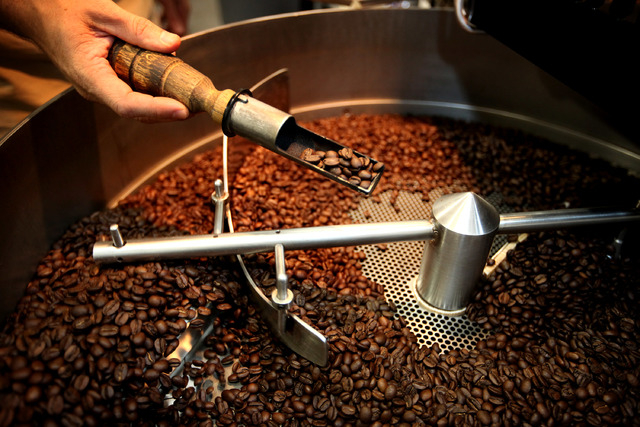 Because they pay attention to what’s said about their business on social media, the owners of the Coffee Cup Cafe in Boulder City were aware that reviewers didn’t think the coffee they served measured up to the quality of their food. When it was time for a change, they switched to Colorado River Coffee Roasters, just across town.

“We wanted to go with somebody local,” said Carri Stevens, one of the cafe’s owners. “We have our own special bean, the Coffee Cup blend. They make that for us every week. The response has been really good; everybody likes it” — so much so that they now sell it by the pound.

Since Colorado River Coffee Roasters launched in April 2009, sales have steadily increased by 25 to 30 percent annually, despite the recession, said owner Don Anderson. In 2013, he expects they’ll be roasting 30,000 to 35,000 pounds of green beans imported from all over the world.

Most of that business is on the wholesale level; Anderson said the company sells to four of the eight major independent coffeehouses in the valley, as well as numerous restaurants. (Retail sales have been slower, largely because they haven’t concentrated on it. That and an upgrade of the company website are goals. Their coffee is now available at Whole Foods Market, which has four stores in the valley, as well as Artisanal Foods at 2275 E. Sunset Road and Resnicks Grocery at 900 Las Vegas Blvd. South.)

Mario Batali and Joe Bastianich’s Las Vegas restaurant group, which has been a big supporter of the locavore movement, is another customer, using Colorado River Coffee Roasters coffee in both kitchen and dining room. Doug Taylor, executive pastry chef, said the reasons for that are twofold.

“One, because it’s local,” Taylor said. “Two, having the connection with the roaster allows us to modify what it tastes like — not only how they roast, but also what kind of beans they get.”

Taylor uses the coffee in his espresso gelato.

“When I made the recipe for my gelato, I went through probably four different beans, and then we made three different gelatos with each one,” he said. “Together we found the one we thought would work the best.”

Colorado River Coffee Roasters coffee also is served in the dining room at Carnevino at The Palazzo.

“People love it a lot,” Taylor said. “You can drink it black. It doesn’t have that bitter quality to it. It’s really nice, even for people who don’t generally drink black coffee. We try to encourage them to try it” before adding cream and sugar.

Anderson got into the business for a logical reason.

“I’ve always loved coffee,” he said. “I love good coffee and I wasn’t finding coffee here that I liked.”

So he started roasting his own, and sharing with friends. And then the sharing got to be almost like a job.

“I was spending my Saturday mornings roasting for friends who were demanding coffee,” he said.

By early 2008, his son, Erik, was considering a career change. They came to a conclusion that grew out of a question: “Why don’t we think about doing this thing we’ve talked about for years?”

Don Anderson, who retired after 30 years as a teacher and administrator with the Clark County School District, said he felt sure there was a market here, considering the size of the population base.

They started small, with a 3-kilogram roaster.

“That convinced us there’s a business here,” Don Anderson said, and they eventually moved up to a 12-kilogram roaster, with which they easily can roast 15,000 pounds a week.

“There is a market here,” he said. “Las Vegas has got people who care about coffee.”

That said, “Our coffee is not everybody’s coffee.”

He compares fine coffee to fine wines, they’re attractive to discerning drinkers, but “most of the world doesn’t care.” In fact, Anderson, quoting a speaker he heard at a conference, said he agrees that coffee is where wine was 30 years ago in terms of beginning to attract serious aficionados

His best description of his customers?

They range, he said, from people with lots of money to those with very little. But they have one thing in common.

“We’ll turn them,” Erik Anderson said. “There is a dramatic difference. They can’t drink anybody else’s. We’ve got a very loyal following that way.”

So what’s so special about Colorado River Coffee Roasters coffee? Most commercial coffee, they said, is plagued by overcooking and long storage.

Coffee is, after all, a food product.

“Once you cook that food, you set in motion chemical transformations that don’t stop,” he said. “After a month, it’s not the same coffee.”

The beans they buy also determine the quality of the coffee they produce. The Andersons work with six importers, who periodically send them samples and scoring sheets with taste profiles.

“We look for what those importers are saying we should be finding,” Don Anderson said. “Sometimes it ain’t what it’s advertised to be. Sometimes it’s a heck of a lot more.”

Which brought to mind some beans Anderson and his wife discovered while attending a specialty-coffee convention. A slight, unassuming Ethiopian had a coffee with a rich, complex blend of flavors and aromas that included blueberries.

“That was a great surprise,” he said.

As a rule, Colorado River Coffee Roasters coffee is more expensive than mass-market coffees, but also has a higher yield per pound.

But some just don’t make good business sense. For example, he said, quality Kona recently was selling for $16 for a pound of green beans.

“Twenty percent of that goes up the smokestack” when it’s roasted, he said. Shipping and labor and packaging increase costs exponentially.

“You have to have people who are willing to pay the price,” he said.

And then there’s a Central American coffee that they liked, but found they were alone. They ended up using it in a blend that proved very popular.

Their espresso also is a blend, Anderson said. They work with one importer to source the three beans used. Sometimes it might be Central American, South American and African beans, at others two South Americans and one African.

“Our espresso is flavor-profiled,” he said. The beans change to ensure it always tastes the same.

Anderson said their espresso has been seeded for a competition in Seattle in early October. Their barista — from Sambalatte, another customer — is working with them to ensure that the espresso he gives the judges tastes just the way the Andersons want it to taste.

In the meantime, they keep spreading the gospel of better coffee. Don Anderson recounted a recent dinner at a local Italian restaurant during which the food was excellent, but capped by a cup of horrible coffee.

“I wanted to scrub my mouth out,” he said, and asked his waiter to pass on to management just how bad the coffee really was.

“You don’t have to drink this gunk that’s oversaturating the market.” 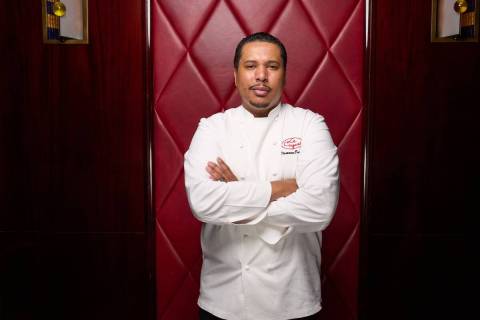