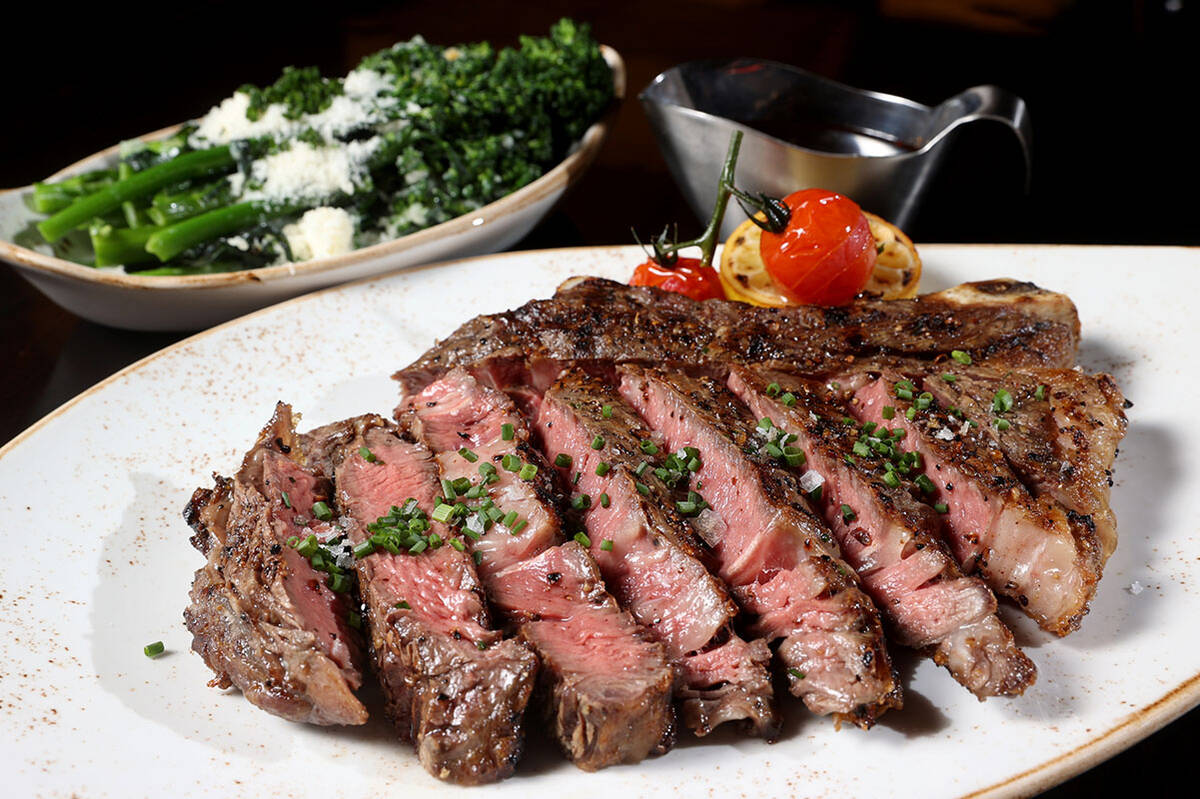 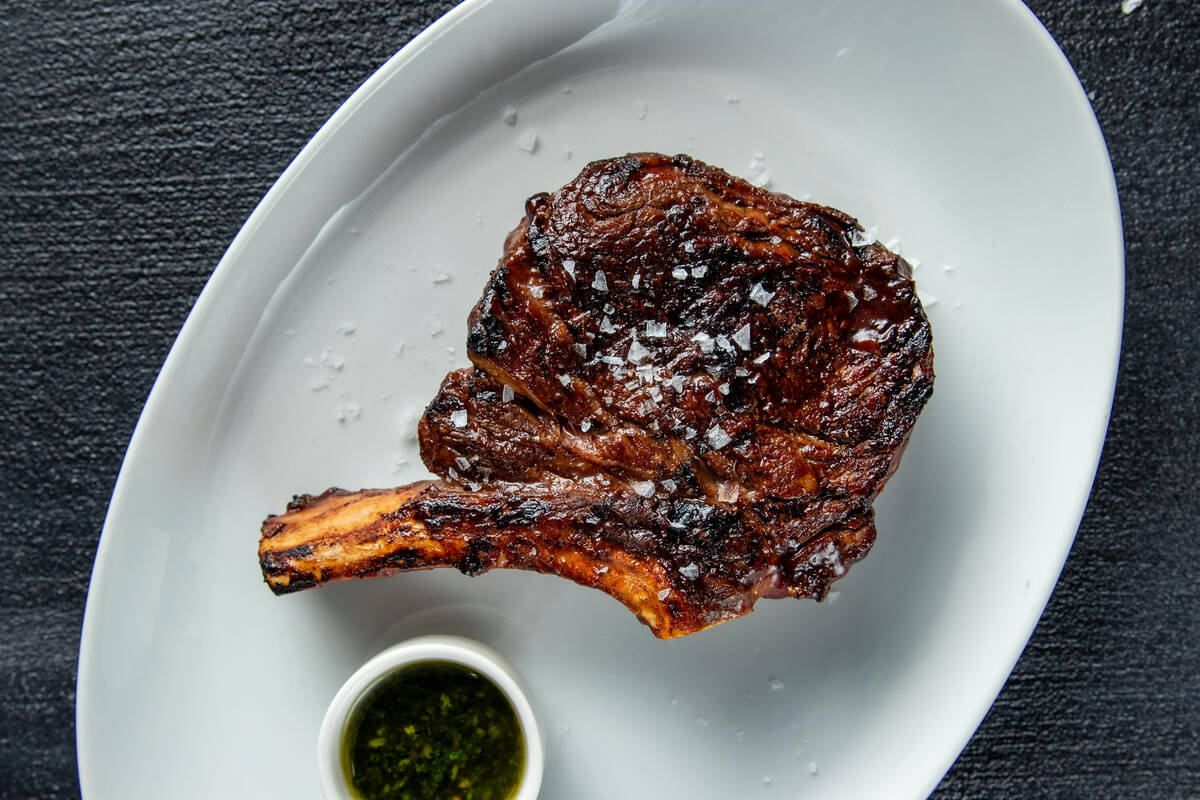 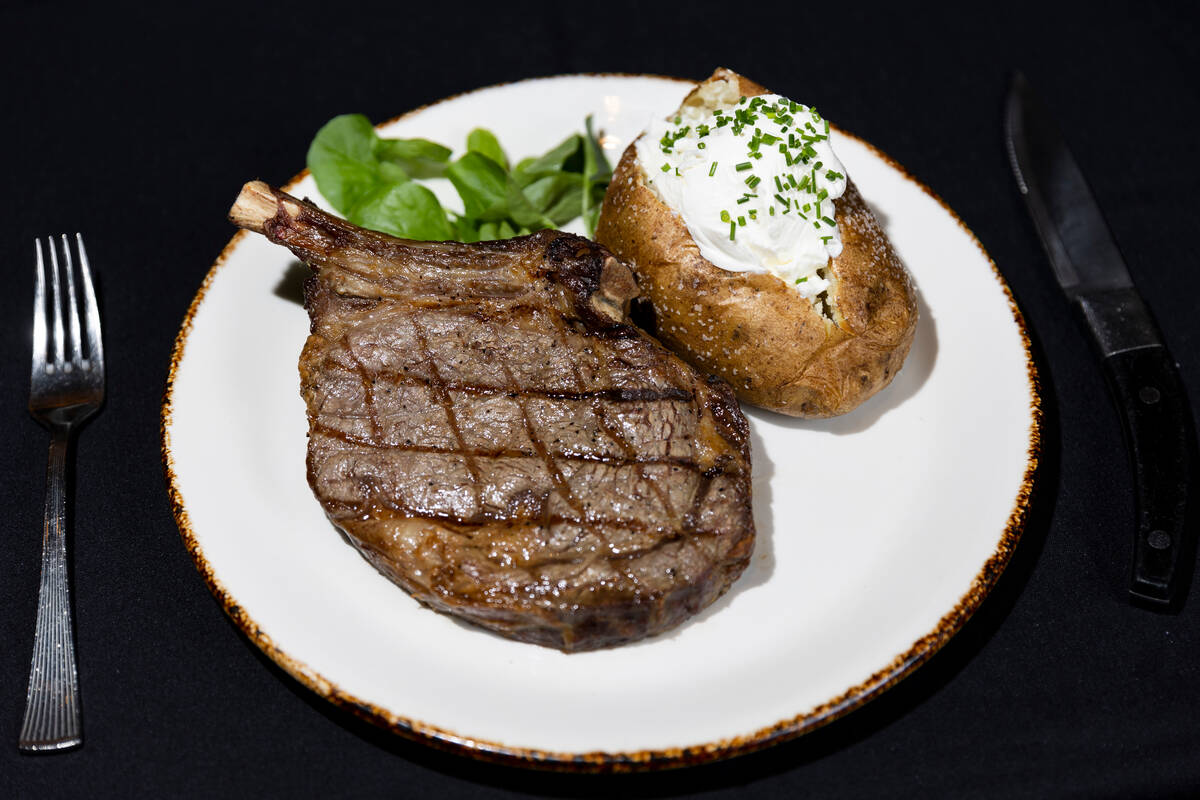 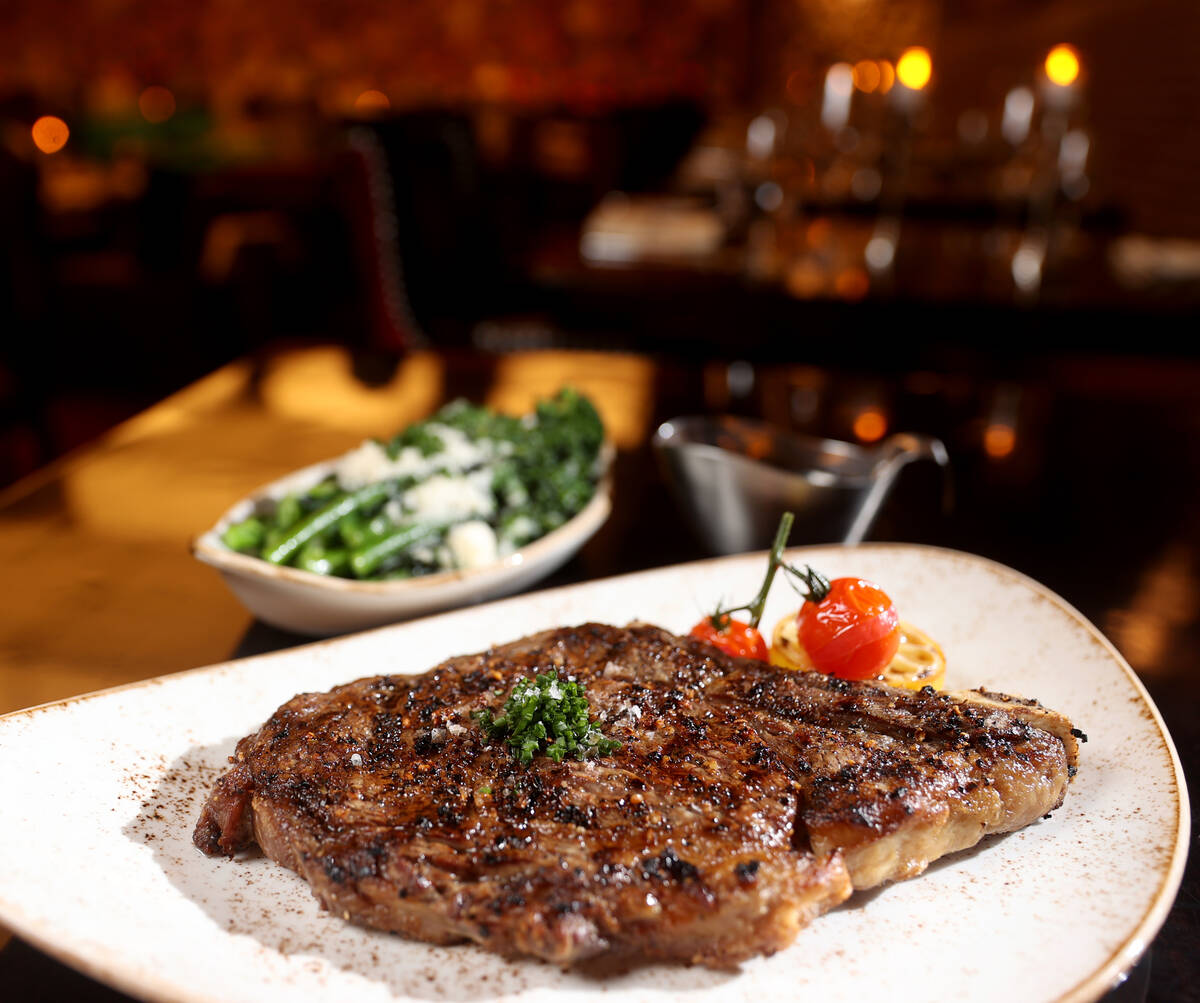 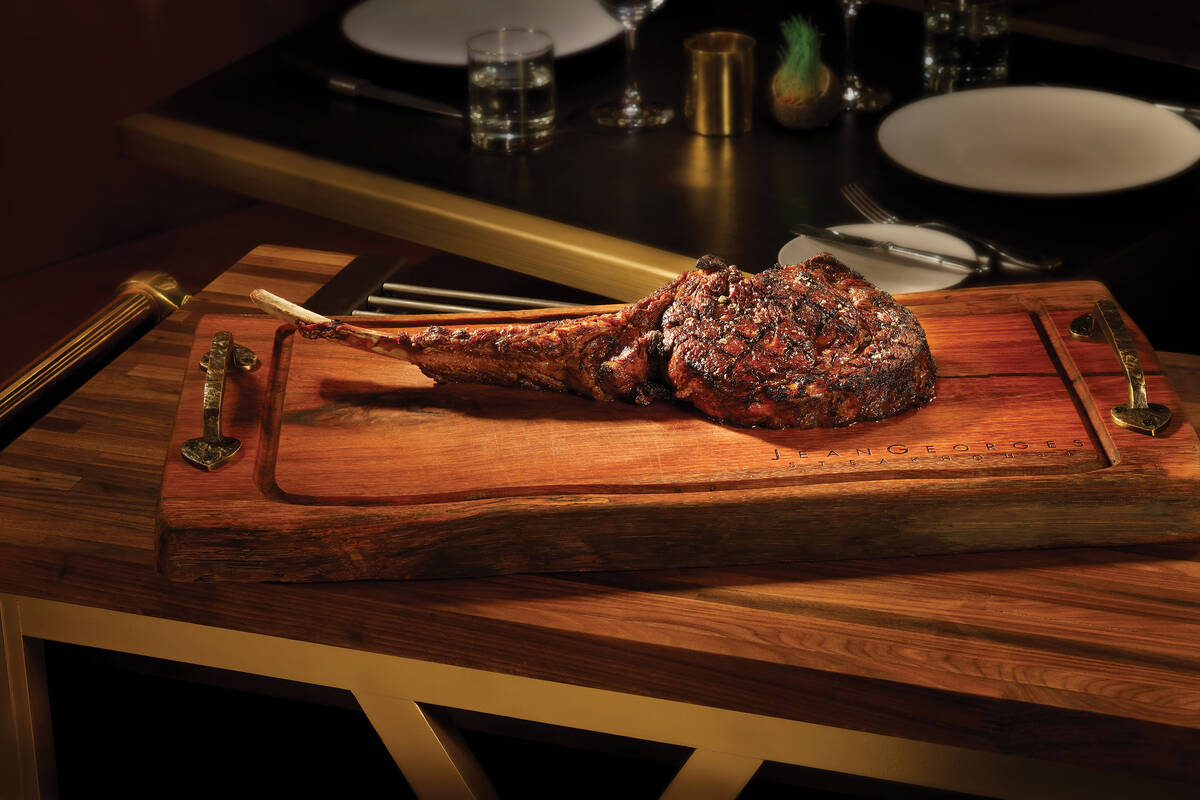 If any restaurant in Las Vegas were to offer a cowboy steak, it seems it should be the Silverado Steakhouse at the South Point, a hotel popular among those who live the Western lifestyle even when the National Finals Rodeo isn’t in town.

But the Silverado Steakhouse doesn’t have anything called a “cowboy steak” on its menu, and South Point executive chef Christopher Johns is fine with that.

The “cowboy” descriptor is “one of those poetic license things,” Johns explains, and “a ‘cowboy cut’ is usually a ribeye with the bone in.”

And the Silverado Steakhouse certainly offers that, in the form of a charbroiled 16-ounce Nebraska bone-in ribeye ($54).

For NFR fans, we’ve rustled up a herd of cowboy steaks around town, and here’s the bonanza of good eating we’ve discovered.

STK Steakhouse at The Cosmopolitan of Las Vegas offers a descriptive twist on a cowboy steak with its dry-aged “Cowgirl bone-in ribeye,” which weighs in at a hardly dainty 16 ounces ($92). Diners seeking a more substantial cut can opt for a 34-ounce bone-in ribeye ($129).

A roster of sides ($18 each) includes Parmesan truffle fries and sweet corn pudding, and steaks can be gilded with a selection of sauces ($4 each) ranging from au poivre to STK’s signature sauces. STK Steakhouse at The Cosmopolitan Las Vegas, 877-893-2003

The cowboy ribeye at Twin Creeks Steakhouse in the Silverton weighs a hearty 22 ounces ($58) and comes with “shareable sides” that include lobster mac and cheese ($22), foraged mushrooms ($12) and butter-poached lobster potato puree ($22).

Other accompaniments include seared sea scallops ($22) and shrimp scampi ($16), and steaks can be adorned with eight sauces and toppings, including mushroom marsala and black truffle butter ($6). Twin Creeks Steakhouse, 3333 Blue Diamond Road, 702-263-7777

The 18-ounce bone-in ribeye at Jean-Georges Vongerichten’s Jean Georges Steakhouse at Aria is a USDA Prime, protein-packed paradigm of simplicity from Colorado, “grilled over sustainable apricot wood and mesquite and finished with rendered beef fat, sea salt and cracked pepper ($79).”

The Binion name has been associated with Western-style steakhouses for a generation or three, thanks to the restaurants found at Binion’s downtown Las Vegas properties. Now that combination of the Binion name and great steaks also can be found on the Strip at Jack Binion’s Steak at the Horseshoe Las Vegas, formerly Bally’s.

The steakhouse partners with HyPlains Heritage Farms Premier Choice Angus Beef for its 16-ounce bone-in ribeye ($76.95), which is aged for 28 to 33 days. It’s served with an array of side dishes that includes ranch-spiced onion rings, red wine and balsamic glazed cipollini onions and pepper jack mac and cheese ($14.95), as well as Jack Binion’s Baked Potato ($16.95), which comes with toppings on the side, including shredded cheese, sour cream, chopped bacon, chives, whipped butter and pepper jack fondue.

Then, in a sweet meshing of classic and new, diners can conclude their meal with the iconic pecan-crust banana cream pie made according to the original Bally’s Steakhouse recipe. Jack Binion’s Steak, Horseshoe Las Vegas, 702-967-4711 ◆