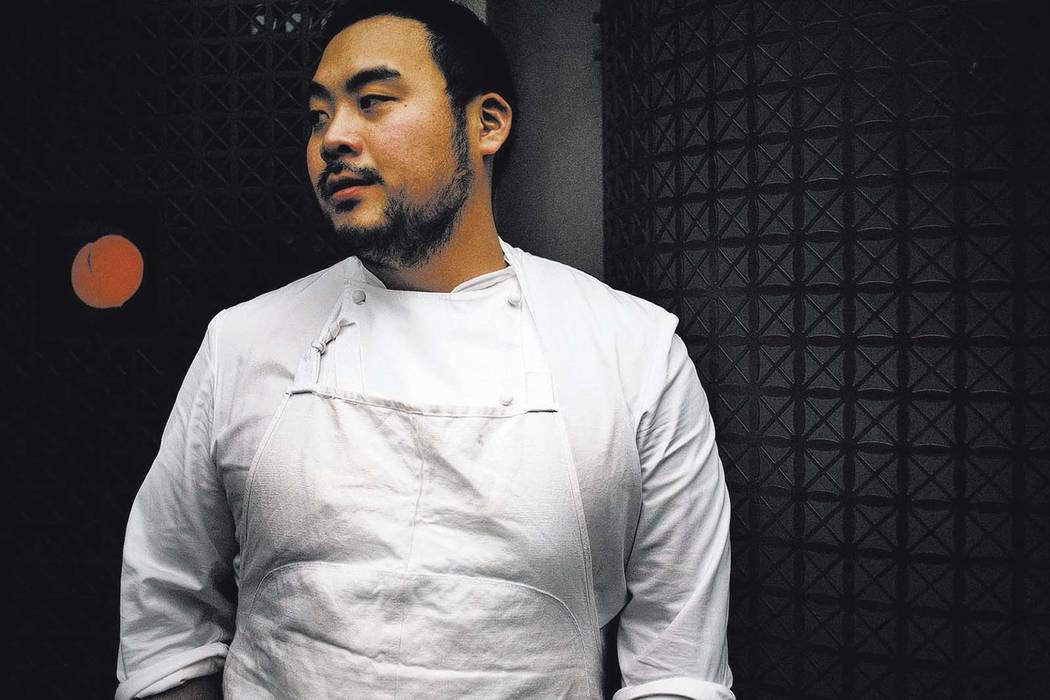 The name is a reference its location, “tucked into the back corner of Majordomo Meat & Fish, in a space that traditionally has been no man’s land.” It will round out a group of adjacent concepts that includes the slider restaurant Moon Palace, expected to open this month.

Chang used the most recent episode of his podcast to confirm this third restaurant at Palazzo.

Rumors of such a concept were circulating when Majordomo opened to the public on Dec. 30, but no one would confirm details. Chang now reveals that the idea was still new to many at that time. It was first revealed just before a “grand opening” party on Dec. 14.

“I sent an email two days before the restaurant opening and said that we’d be testing out a third restaurant,” he reveals in the Jan. 16 episode of “The Dave Chang Show.”

The two-hour-plus episode, “Majordomo Meat & Fish Pre-Opening Diaries,” documents the days before that restaurant’s opening. But the chef opens it with an introduction in which he explains how Siberia was born out off the chaos that typically precedes a restaurant opening.

“Whenever you think the best thing is to move faster, you always have to move slower. And that’s a counterintuitive fact that I always have to remind myself. Because we need to draw everyone’s focus to the work itself.”

So as he and his team were engulfed in a pair of openings, he decided to float the idea of a third.

“The idea that we wound up working on, before we were supposed to open up for this party, was an all-you-can-eat churrascaria restaurant based on the technology of grilling. It’s not a churrascaria, but we’re using the cooking technology, but serving Korean barbecue.”

The chef admits it’s a risky idea, at times referring to it as “dumb,” “ill-advised,” “uncool” and a specific type of crazy involving the bodily function of bats. But he also says it’s something he’s been contemplating for a while.

“I love Brazilian food. I love a churrascaria restaurant. And one of the things I’ve always wanted to entertain and to experiment (with) was, ‘What if I put Korean marinated meats on the skewers and grilled them, and then served them as such? What would happen?’ ”

Chang doesn’t indicate when Siberia might open, other than to say he hopes it will be “soon.” There’s also still no official date for Moon Palace’s opening, although that’s expected to be announced shortly.

You can hear more about the concept on Chang’s podcast.