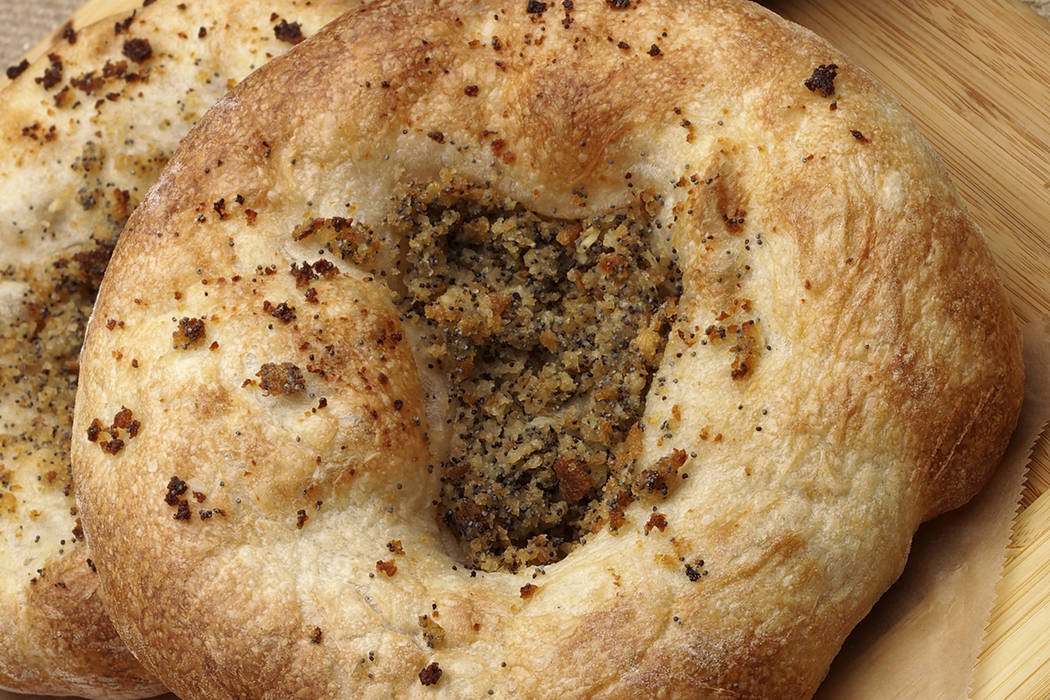 Bialys — those cousins of the bagel, flattish discs with caramelized onions in the center — are a unique treat, and fellow Food Finders readers are sharing where Ron Butin can find them.

Jan Visser said Weiss Deli Restaurant Bakery, 2744 N. Green Valley Parkway in Henderson, has them every Saturday and Sunday, with a limited number each day. “They are larger than the NYC ones and delicious,” he said. “Go early and take some home, although they don’t freeze well.”

More on Jewish-style bakeries: Barbara Metzger recommended Life’s a Bagel at 2223 N. Rampart Blvd., adding that it sells “the best challah and rye bread along with other Jewish-style baked goods.”

Tim Clark, who said he loves a good fish fry, is looking for a place in Las Vegas that serves smelt.

Sha Polstein is looking for a local source for Sabrett Pushcart-Style Onions in Sauce, in a jar.

And Melinda Orlando is looking for Darigold yogurt, which she had on a recent cruise to Alaska.

Send requests or discoveries to Heidi Knapp Rinella at hrinella@reviewjournal.com or 702-383-0474 (put “Food Finders” in the subject line). Follow @HKRinella on Twitter.