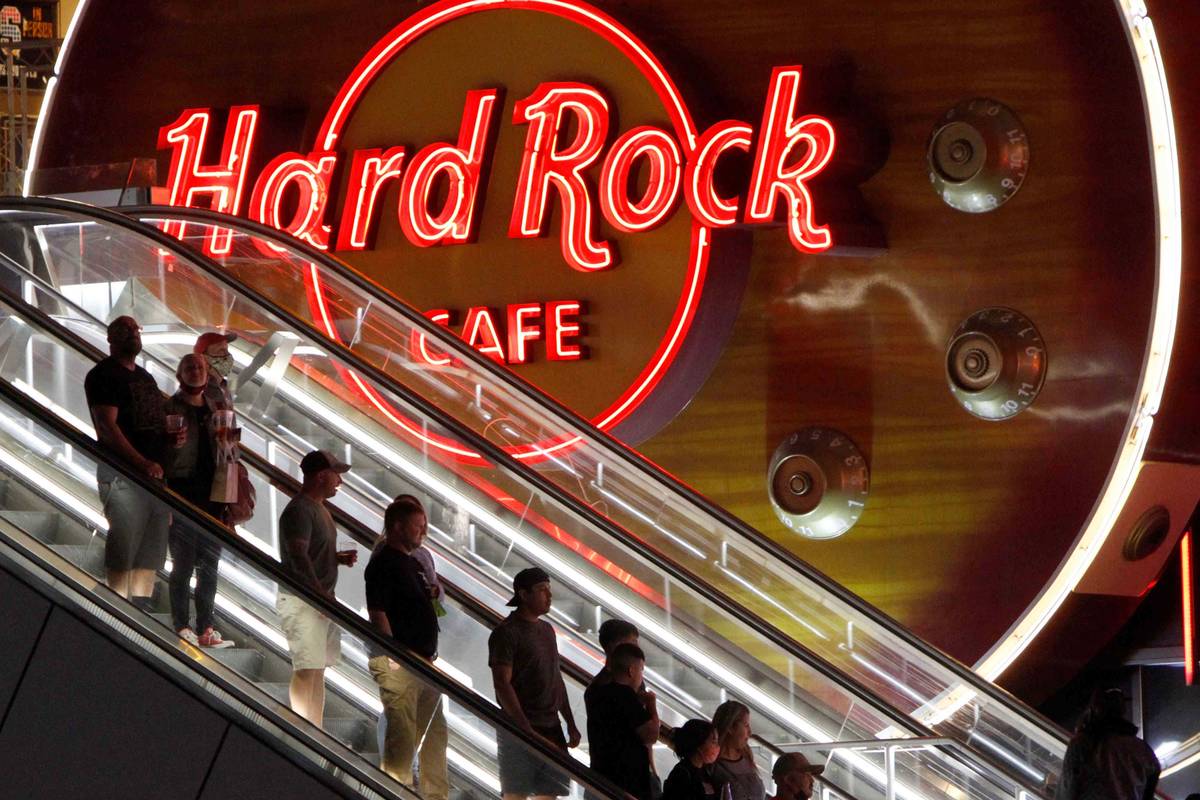 The Hard Rock Cafe turns 50 on Monday and the iconic brand is kicking off the celebration with a new campaign, partnership and merchandise.

To mark the anniversary, Hard Rock Cafe Las Vegas will offer Country Burgers for 71 cents. The burgers will be available from 11 a.m. to noon and 4 to 5 p.m. Monday at 3771 Las Vegas Blvd. South.

As part of its anniversary celebrations, Hard Rock International has launched its new partnership with soccer great Lionel Messi and its new “Live Greatness” campaign. The partnership pays tribute to Hard Rock’s roots, as the brand’s world-famous T-shirts began when the original London Cafe sponsored a local football team in the early 1970s.

For more information on the 50th anniversary, visit hardrock.com.