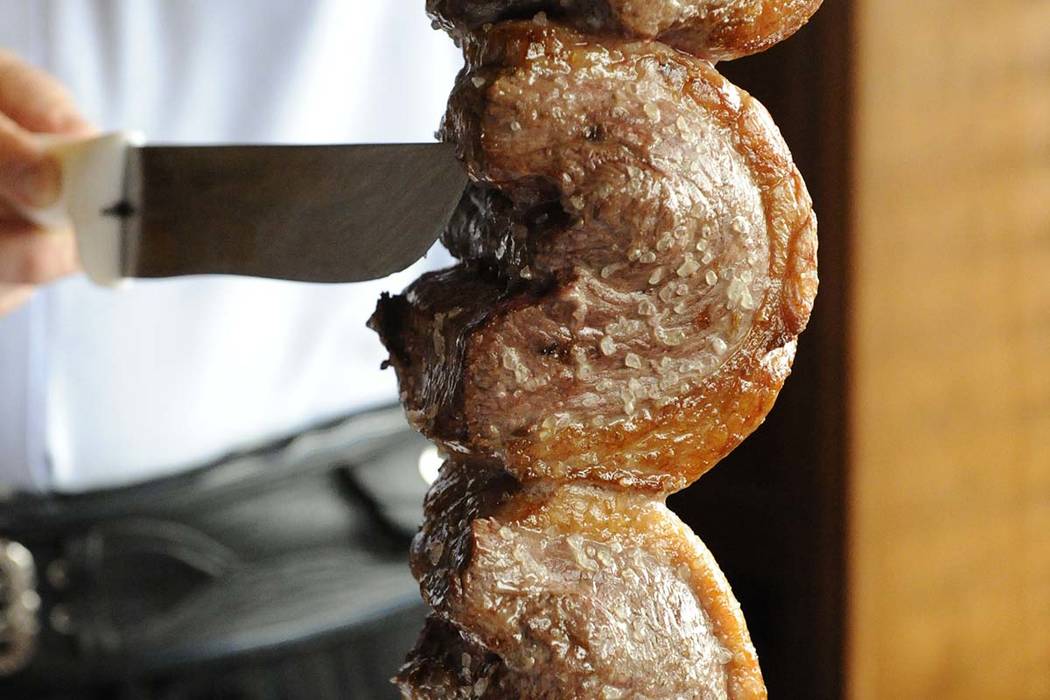 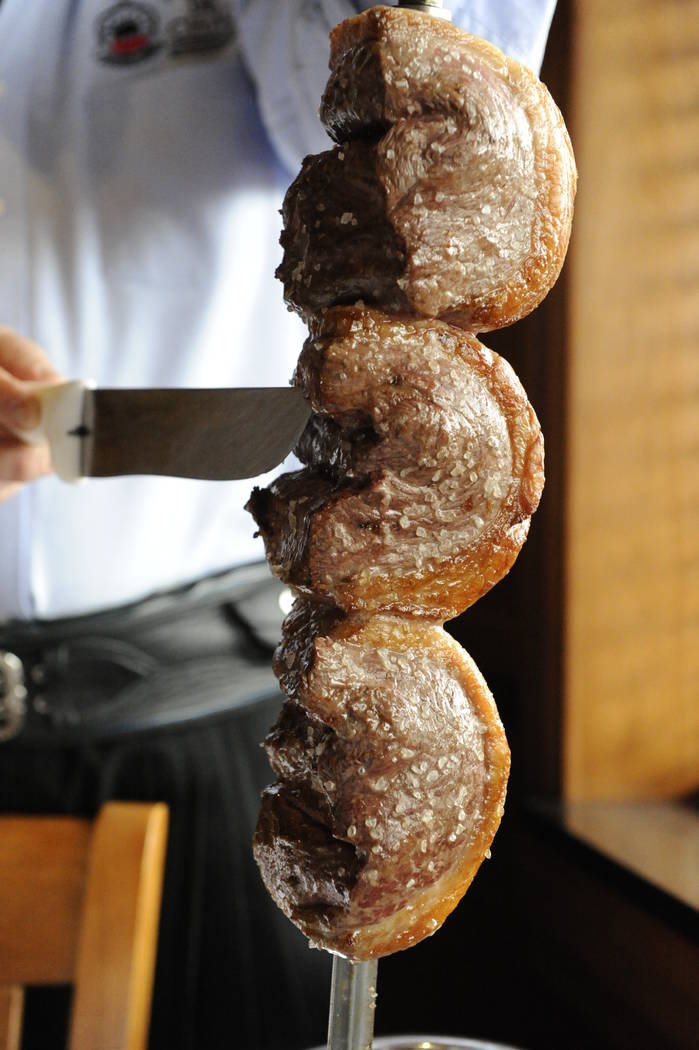 America isn’t the only country that has cowboys. Brazil, which has a long tradition of beef ranching in its southern regions, has them, too, and their habit of grilling meats on spits over open fires gave birth to the churrasco grilling tradition. Hence, the churrascaria, or Brazilian steakhouse, where meats are grilled on long skewers and brought to your table by gauchos, who slice off as much as you’d like from each type of meat or poultry.

Churrascarias have a few other things in common, such as salad buffets that tend to be expansive. Then there are the pao de queijo, lovely little warm cheese rolls made with yucca or tapioca flour for a distinctive texture, the popular beef cut picanha and the cocktail caipirinha, made with cachaça and the basis for another fine churrascaria tradition: great happy hours.

Fogo has 42 locations across the United States (plus two in the Middle East, four in Mexico and eight in Brazil) and serious street cred. The founders were born on a Brazilian ranch and opened their first churrascaria in Porto Alegre, Brazil, in 1979, their first American one in Dallas in 1997. The Las Vegas outlet in the Hughes Center serves 15 cuts of meats and seafood in addition to the Market Table and Feijoada Bar; add a dry-aged bone-in ribeye or wagyu New York strip for groups of four or more for an extra fee.

“Not everything is meant to stay here,” Pampas says on its website, alluding to “stories that last a lifetime.” It bills itself as the first churrascaria in Las Vegas but that distinction belongs to the now-closed Yolie’s; suffice it to say Pampas, which opened in 2006, is the oldest. Its Fresh Market Station has more than 40 selections, and 14 rodizio meats are offered, such as tri-tip seasoned with sea salt, bacon-wrapped chicken breasts and smoked mango-chipotle pork ribs; vegetarian rodizio is available as well. There also are plated entrees, sliders and a la carte seafood.

Rodizio Grill is the youngster of the bunch, opening in the Galleria at Sunset late last year, and the only one in Henderson. The salad bar has more than 30 choices, including marinated quail eggs, coconut-pineapple slaw, a fresh strawberry salad and ceviche, and hot sides include feijoada, the traditional black-bean stew, and cinnamon-glazed bananas. Rodizio selections number more than a dozen and include Parmesan center-cut steak and sweet and spicy chicken, as well as glazed and grilled pineapple. The company has 22 locations nationwide.

With 57 locations across the United States, plus restaurants in Mexico, the Middle East and East Asia, Texas de Brazil may be the most familiar churrascaria in this country, and it’s been one of the anchor restaurants at Town Square since opening in 2008. Texas de Brazil offers 15 rodizio meats. The extensive salad area lets guests fill up on sushi, tabbouleh and giardiniera as well as the more traditional Brazilian hot peppers and pineapple carpaccio, and hot items include lobster bisque, fish stew, black beans and fried bananas.

Until Rodizio Grill came to town, Via Brasil was the lone churrascaria located outside the tourism corridor, and it remains a west-valley favorite since opening in 2008. The family-owned offshoot of a restaurant that opened in Manhattan’s Little Brazil in 1978, it offers 21 meats and seafoods — the most locally — at dinner, including chicken hearts, salmon, grilled shrimp, turkey, Brazilian pork, tangy chicken and garlic steak, as well as 35 to 40 items on the salad-bar buffet.