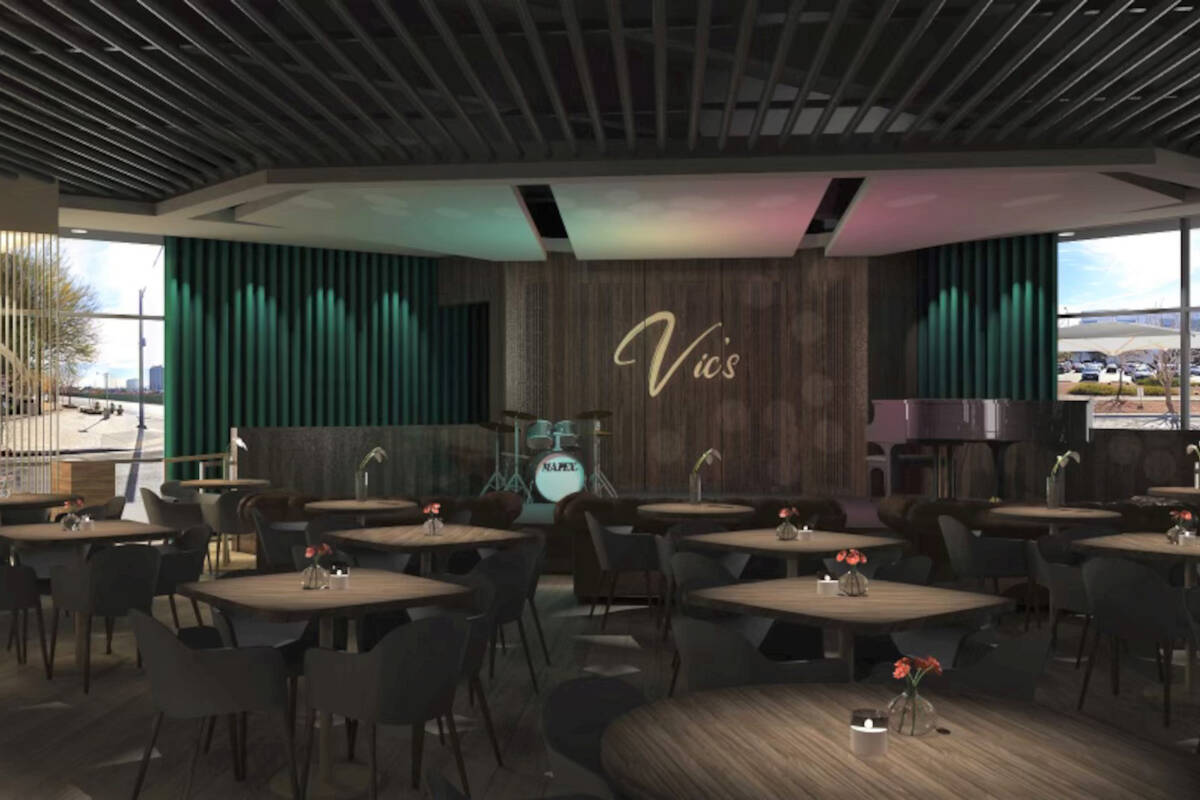 It’s all that jazz (and all that Italian) when Vic’s Las Vegas opens downtown.

The 8,500-square-foot space in Symphony Park, near The Smith Center and Discovery Children’s Museum, unites a jazz club, an Italian restaurant, a gaming bar and a sports lounge. Vic’s is scheduled to debut in early February after construction delays, a representative confirmed for the Review-Journal.

The project was initially announced in the summer of 2021.

Vic’s, named for the Vegas Vic neon cowboy on Fremont Street, will feature regular appearances by jazz combos from the Las Vegas Academy of the Arts, as well as performances by notable jazz musicians from beyond Vegas.

Vic’s is hosting a job fair from 10 a.m. to 5 p.m. Jan. 4 to 7 at its space, 355 Promenade Place, for bartending, serving and kitchen positions. Hiring will take place at the job fair, so applicants are asked to bring a résumé, driver’s license, proof of Social Security number and current work cards.