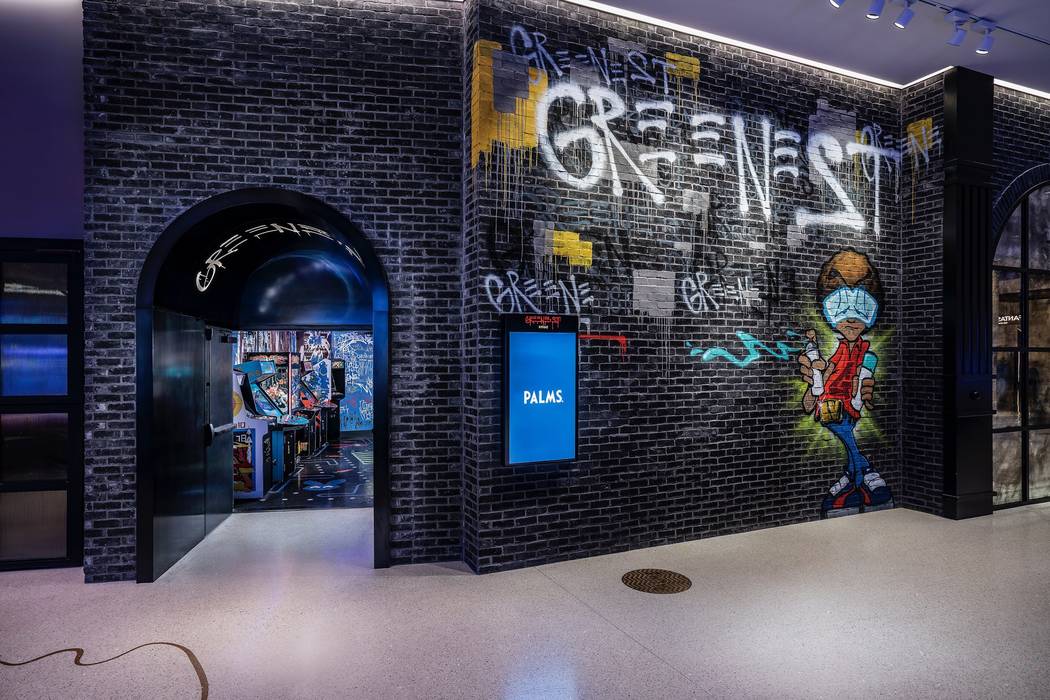 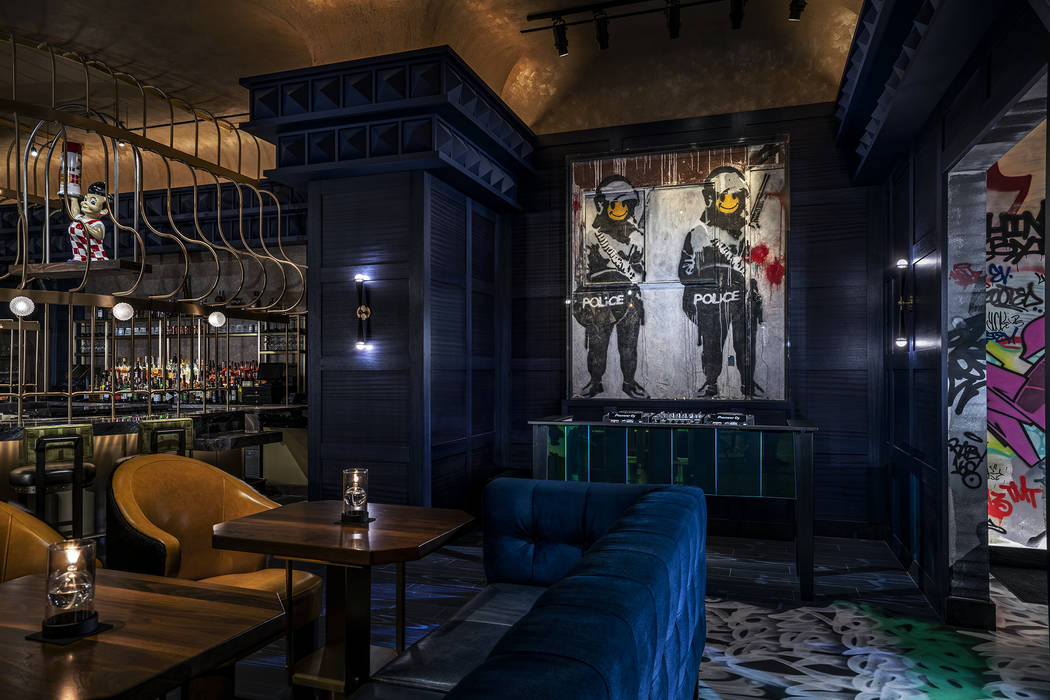 “Smiley Coppers Panel I” by Banksy at Greene St. Kitchen at the Palms. (Clint Jenkins) 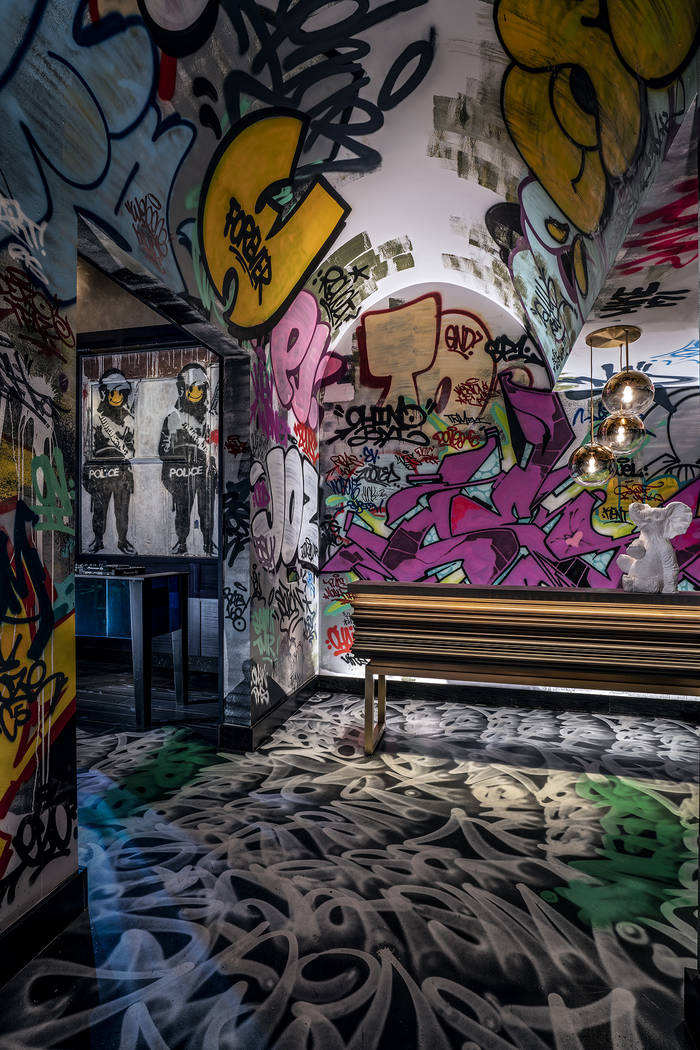 The tunnel painted by NYC-based graffiti artist CES pays homage to New York City’s iconic street art of the 80’s and 90’s through layers of tags representing graffiti legends such as SEEN, P-NUT, BLAZE and STAY HIGH 149 at Greene St. Kitchen at the Palms. (Clint Jenkins) 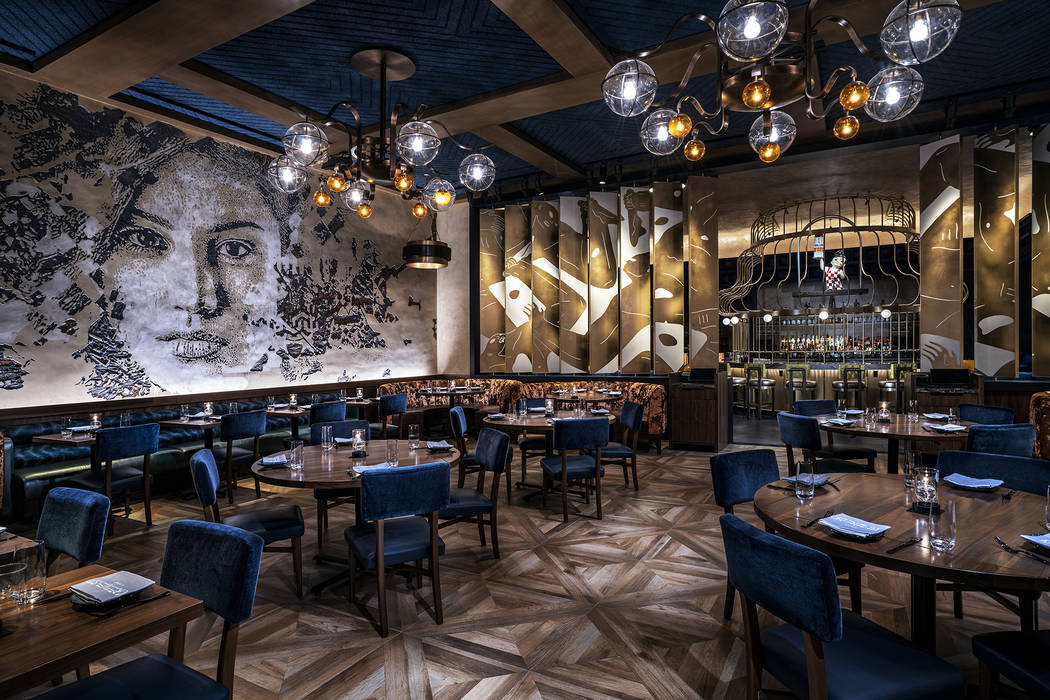 “Scratching the Surface project” a 3-dimensional mural by VHILS​, “King of the Cage” a scultpure by RISK (Kelly Graval) and “Endless Night” by Cleon Peterson at Greene St. Kitchen at the Palms. (Clint Jenkins) 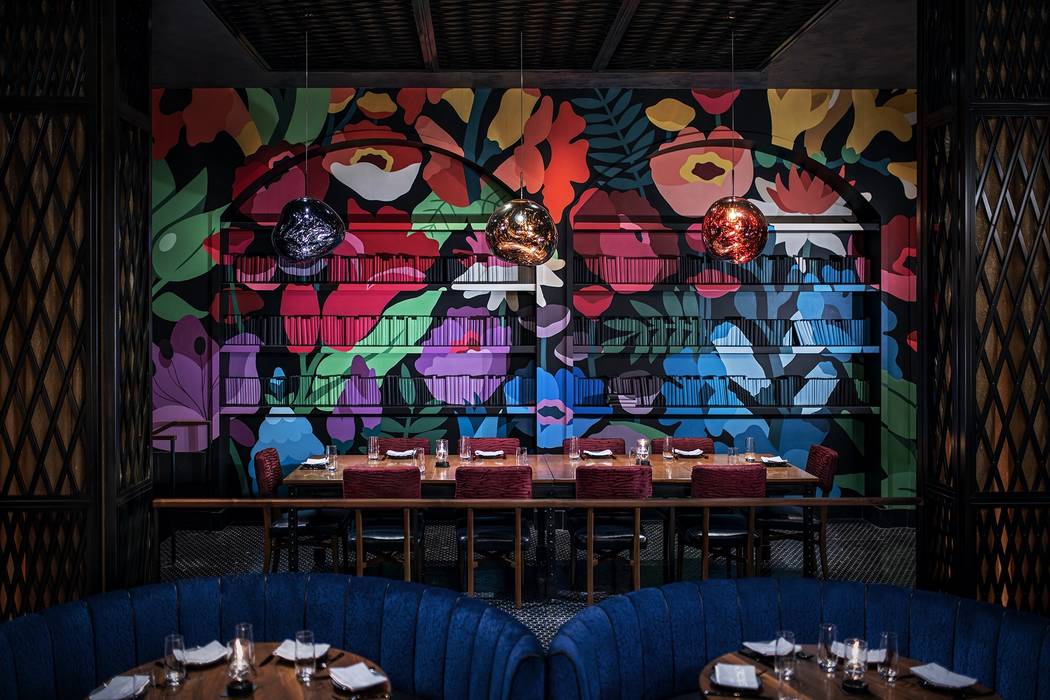 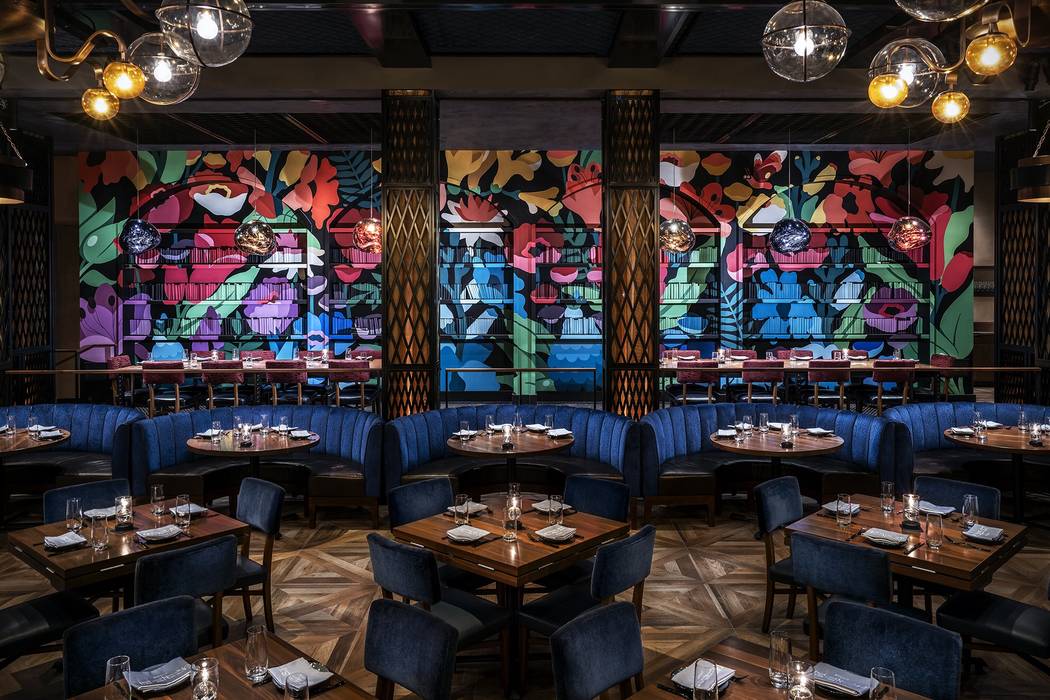 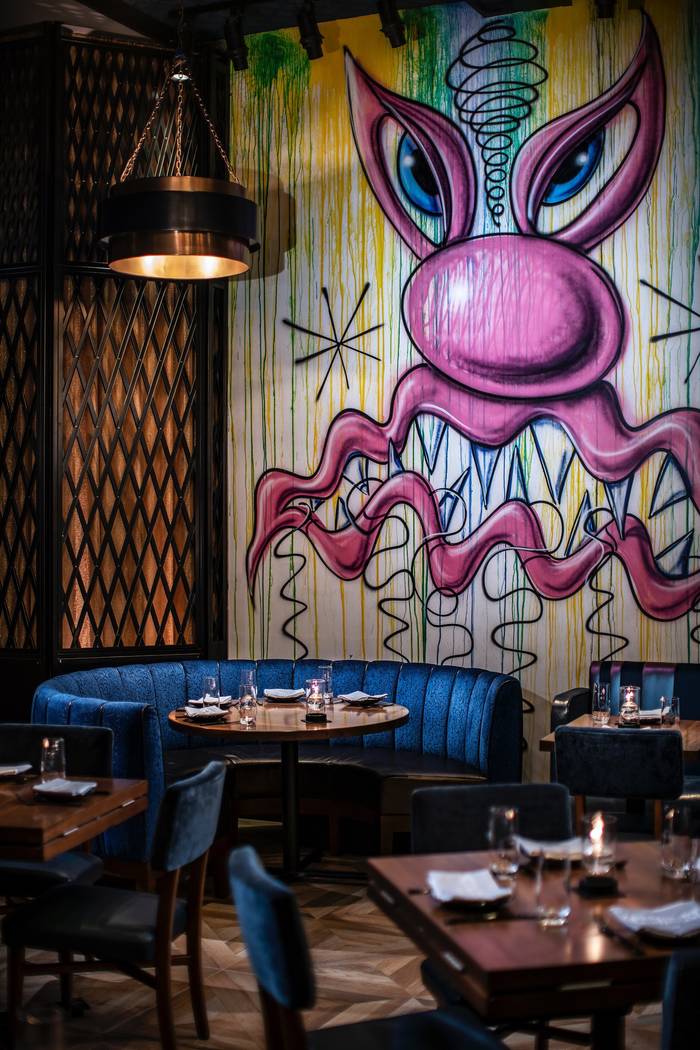 A concealed door disguised as a vending machine will transport guests from a Las Vegas casino to New York’s 1980s street art scene.

Greene St. Kitchen, the Palms’ newest restaurant, opened Monday. In addition to lobster rolls and Tomahawk steak, the new spot is home to a collection of street art belonging to Banksy and other graffiti and street art creators.

The restaurant is laid out as a maze-like series of five rooms decorated with large-scale works and murals.

A 88-by-74-inch spray-painted work called “Smiley Coppers Panel I” by Banksy hangs in the restaurant. The elusive street artist garnered viral attention when his “Girl With Balloon” painting shredded itself at a Sotheby’s auction. According to the Palms, it is the first permanent Banksy piece on display in Las Vegas.

“You can spend all day in there and think you catch everything, and the next day you find something new,” Palms creative director Tal Cooperman says of the work.