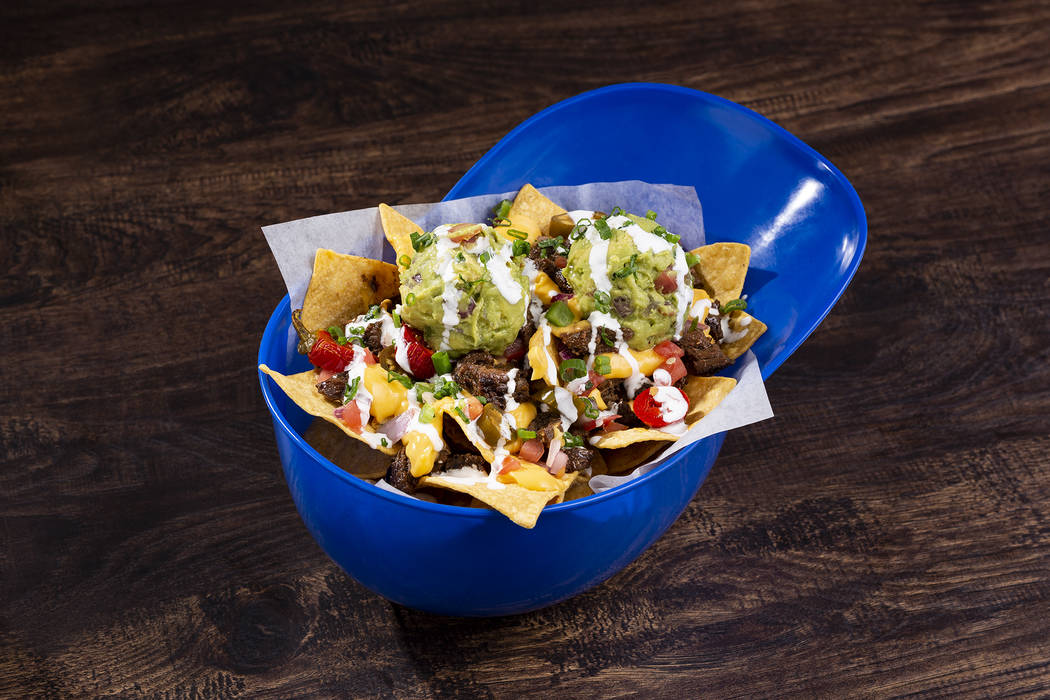 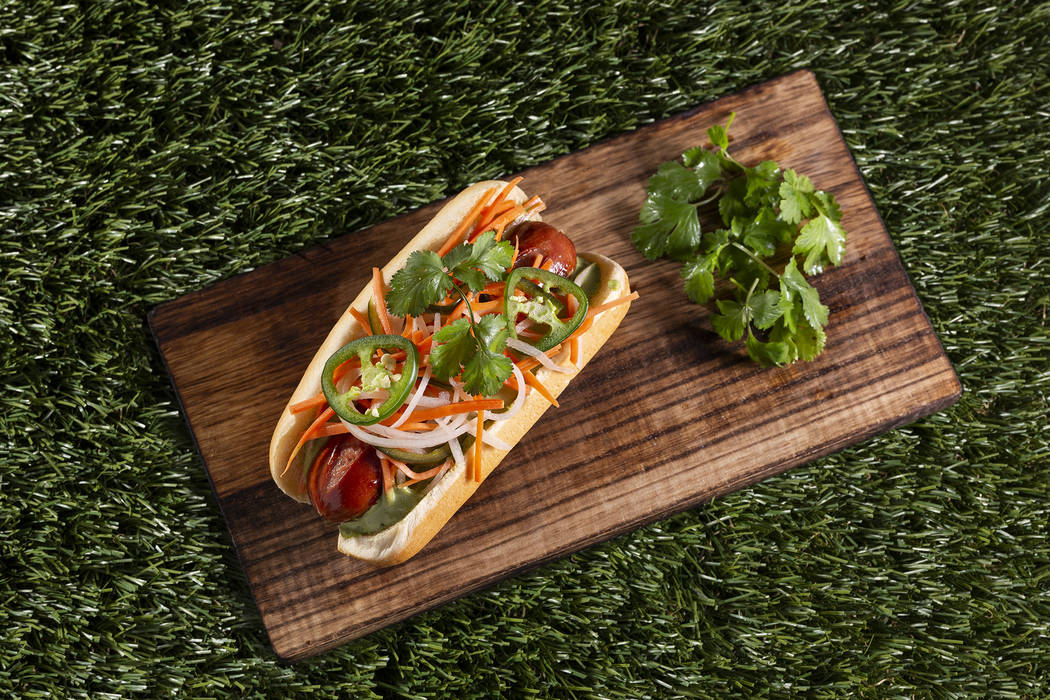 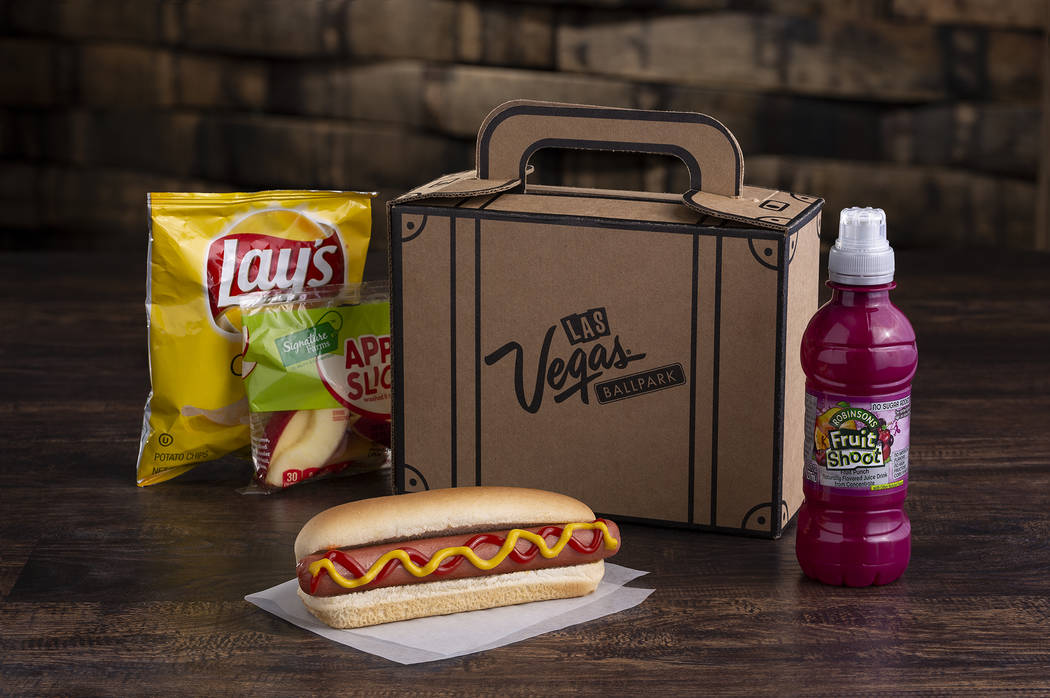 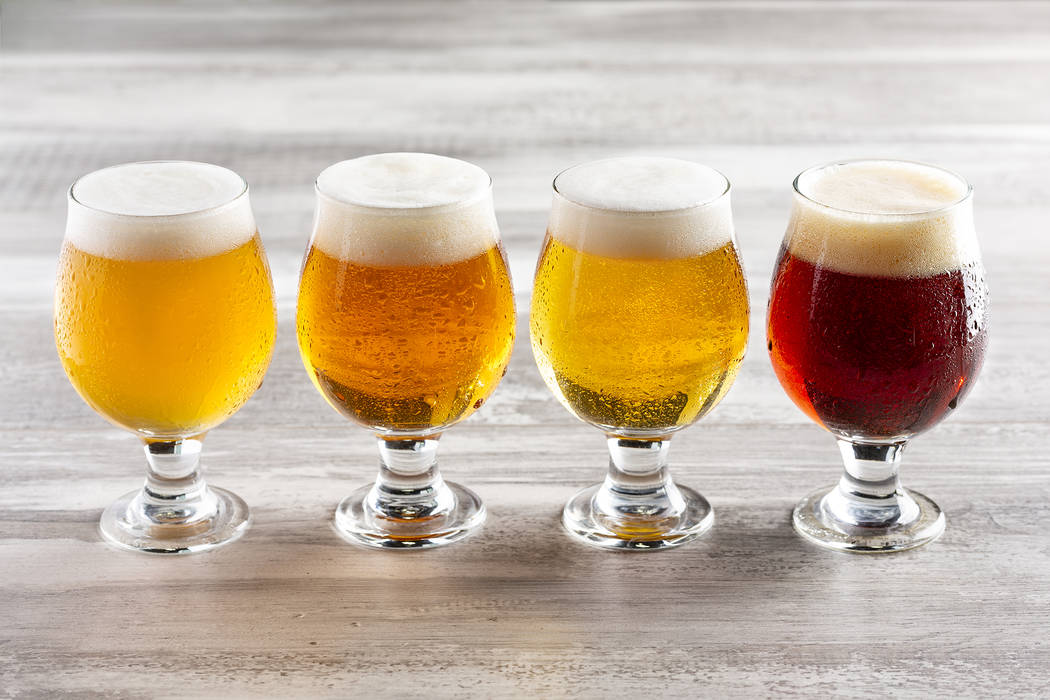 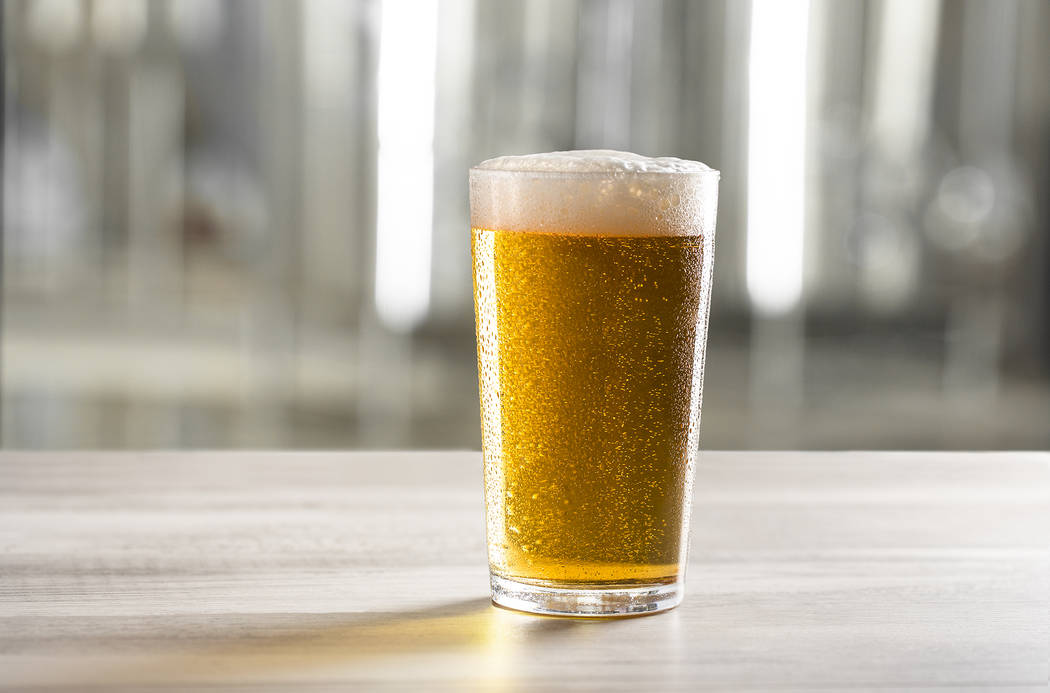 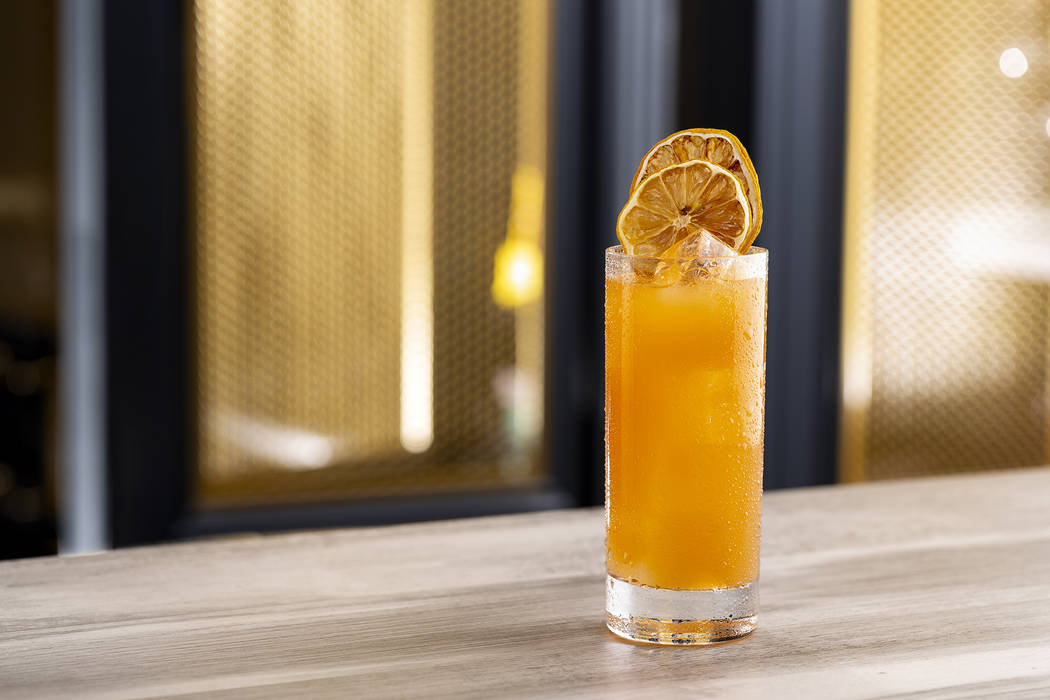 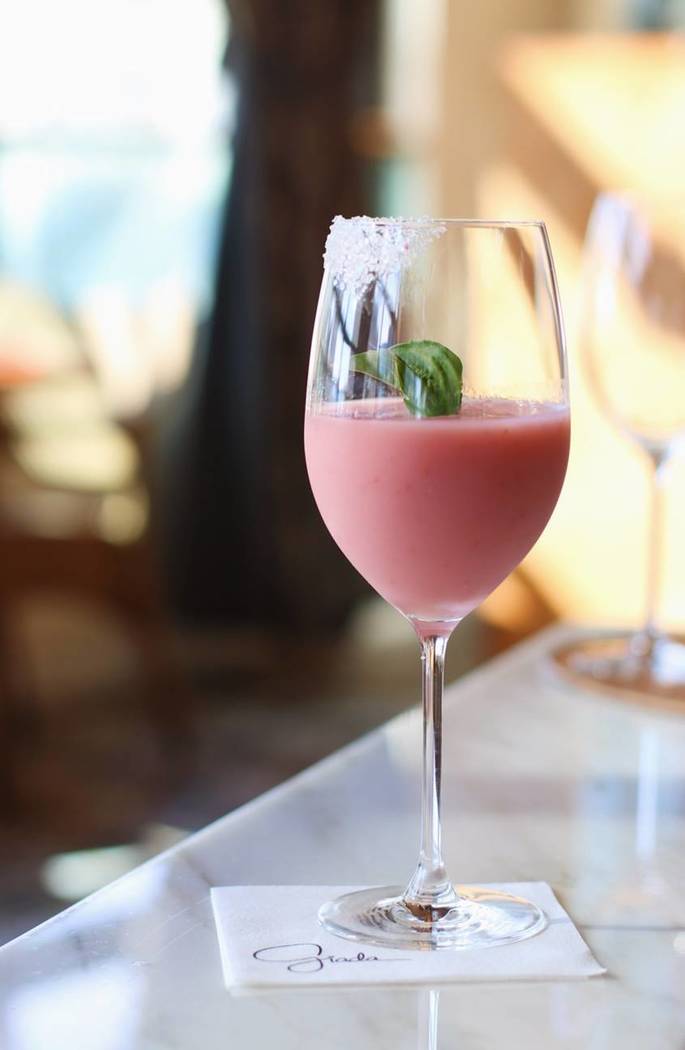 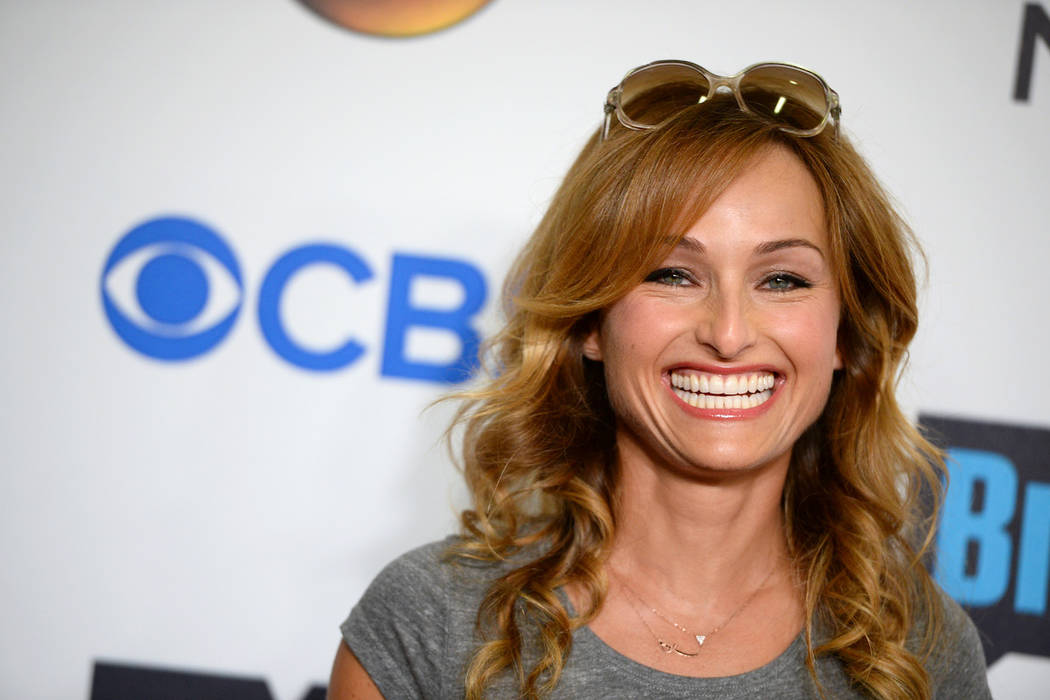 The Las Vegas Aviators may be a minor-league operation, but the food at their new ballpark will be more than worthy of the majors.

Celebrity chef Giada de Laurentiis has the starring position in a lineup that includes Strip veteran Brian Howard, whose Sparrow + Wolf has attracted a Chinatown cult following. Along with local favorites The Goodwich, Ferraro’s Italian Restaurant &Wine Bar, Capriotti’s Sandwich Shop, Me Gusta Tacos, Tenaya Creek Brewery and Modern Mixologist Tony Abou-Ganim, the team will hit the stadium’s culinary program right out of the park when it opens April 9 at Downtown Summerlin.

De Laurentiis will serve signature dishes including orzo meatballs, gourmet pizzettes and Italian salads to suite- and club-level guests. Her Frose, a rose-based ice-blended drink garnished with basil, will be served stadium-wide.

Sarah Camarota, hospitality experience curator for Las Vegas Ballpark, said plans for food service have been in the works for a year and are as tied to the emotions as they are to the palate. People go to the ballpark, she said, for quality time with family and friends, so emotional connections tend to form around baseball.

“We recognized how huge of an opportunity hospitality is” in the life of a ballpark, she said. “Creating those wonderful food moments can only enhance those memories.”

And so the research began.

“I shlepped my little self around the country last summer with my husband and children in tow,” Camarota said. “All I wanted was a great hot dog. And I’m not a hot dog person; I’m West Coast. I’m sushi. All I wanted was that one great bite that takes me back to childhood.”

What she found was a lot of meh.

“The foods that are the most beloved in baseball are those that are most often prepared with the least amount of love,” she said, recounting experiences with dirty-water dogs plopped into cold buns.

It would be different here, “particularly since it is in Las Vegas — absolutely the right place to take an elevated approach. The program is centered on elevated classics.”

First and foremost that would be hot dogs (such an icon of the sport that 18.3 million of them are expected to be eaten in Major League Baseball parks this year, according to the National Hot Dog and Sausage Council). Camarota, Aviators president and COO Don Logan and Summerlin president Kevin Orrock formed a tasting team and challenged local chefs to create their top dogs. They decided on Hebrew National hot dogs and potato buns. And Howard emerged as the winner.

“For me, growing up in Detroit, it was always the battle of who had the better Coney in their neighborhood,” he said. “And I’m a sausage maker by trade.”

The Flydogs he created will be available at three locations on the main concourse. His favorite is the Heater, a griddled hot link with Calabrian chili relish, Kewpie mayo, spicy mustard and grated Parmesan cheese. Another he expects to be popular is the footlong Hercules.

“We wanted something that when the guests got it, there was a sense of the ‘wow’ factor,” Howard said. “People do footlongs, but this one is wrapped in bacon and topped with dry-aged beef chili and onion jam,” not to mention pickled mustard seed.

Even the beer, created by Tenaya Creek Brewery, will be special.

“We gave them an interesting creative challenge,” Camarota said. “It’s 100-degree weather, you’re watching the ballgame, what do you want to drink?” The result: “a custom golden session ale which is easy on the palate, with gentle hoppy-ness and a tropical finish.” Aviator Ale will be available only at the ballpark and Tenaya Creek on Bonanza Road.

There will be other food options aplenty, mostly served from carts to evoke an “urban food hall” with enough variety to keep fans full during the 70-game home season. The Goodwich will serve “all-American childhood classics” such as build-your-own mac and cheese and apple pie a la mode in a baseball helmet. Ferraro’s will serve its meatballs and Sicilian pizza. Capriotti’s will have its cheese steak and Bobbie sandwiches. Me Gusta Tacos will serve pork belly banh mi plus chicken, carnitas and vegetarian tacos. And a number of notable local chefs are scheduled to do pop-ups.

Kids will get their own Hungry Hotshots meal — a hot dog with apple slices, a fruit drink and Lay’s potato chips for $7.

Abou-Ganim, known nationally as the Modern Mixologist, has created the cocktail program, including the Tito Turbulence, which Camarota said will be “our mint julep. It’s bright and refreshing and citrusy.” The drink is a blend of Tito’s Vodka, Galliano L’Aperitivo, fresh lemon sour and orange juice.

And for those who just want a basic beer and a hot dog with ketchup, the concession stands will serve their needs.