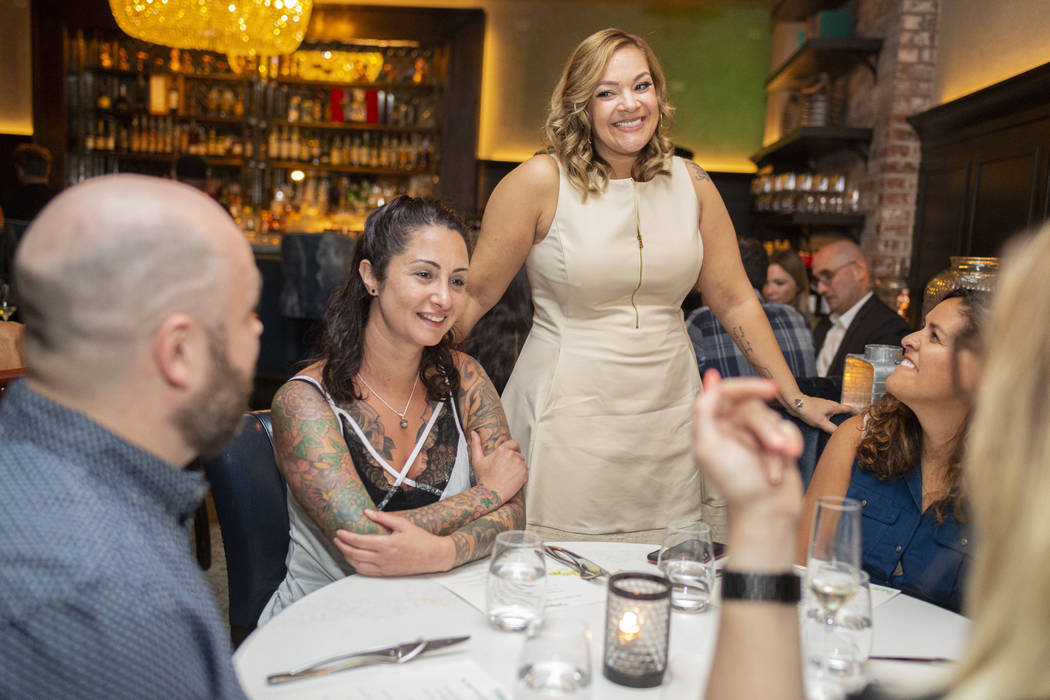 Tickets are $180 ($140 for James Beard Foundation members) at jamesbeard.org. For those who can’t make the trip to the Big Apple, the team will re-create the dinner Nov. 20 at Catch at Aria. Those tickets are $140, which includes a Champagne reception and beverage pairing, and go on sale Wednesday through Eventbrite and at facebook.com/vegansbaby.

Able Baker Brewing is offering a Golden Knights game-day promotion to celebrate partner Ryan Reaves at its Main Street tasting room. In honor of No. 75, the brewery will offer 0.75-liter mugs of Reaves’ 7Five Brewing products (Training Day Golden Ale and Dawn Breaker Lager) for $5.75. And if Reavo scores a goal, anyone with one of those beers on a running tab at the time will get it, and refills throughout the game, free.

Vetri Cucina will celebrate one year atop the Palms with a special installment of its ongoing guest chef series. Marc Vetri will collaborate with Dan Krohmer (Other Mama, Hatsumi, La Monja) on a Nov. 19 dinner. Among the dishes on the five-course menu: langoustine soup with shaved lamb tongue, corzetti with snails and a mixed grill of baby goat, duck and sausage with sweetbread gratin. Tickets are $130, including gratuity, with an optional $100 wine pairing, at secretburger.com. There’s no word on whether Vetri will play guitar, as he did at his recent collaboration with James Trees.

Khai Vu and his team at Mordeo Wine Bar, 5420 W. Spring Mountain Road, are getting into the holiday spirit a week early with a special “Yelloween” dinner Thursday night. Guests are encouraged to dress in costume to win prizes. The name is a reference to sponsor Vueve Cliquot’s yellow-label Champagne, a glass of which will be included in the $58 four-course dinner, and which will be half-off for anyone who wants more than that.

Longtime Las Vegas restaurateurs Tommy and Donna Rocker will be inducted as honorary royal family by the Las Vegas Consulate of the Ivory Coast at 8 p.m. Friday at Tommy Rocker’s Mojave Beach Grill & Bar, 4275 Dean Martin Drive. Tommy Rocker, who’s also an entertainer, said the couple were brought to the attention of the country’s vice consul by a member of his band who’s from the Ivory Coast. The Friday event will include a royal dress ceremony, live music, a fashion show and a fundraiser for Children of the Future International, which is dedicated to serving children through entertainment.