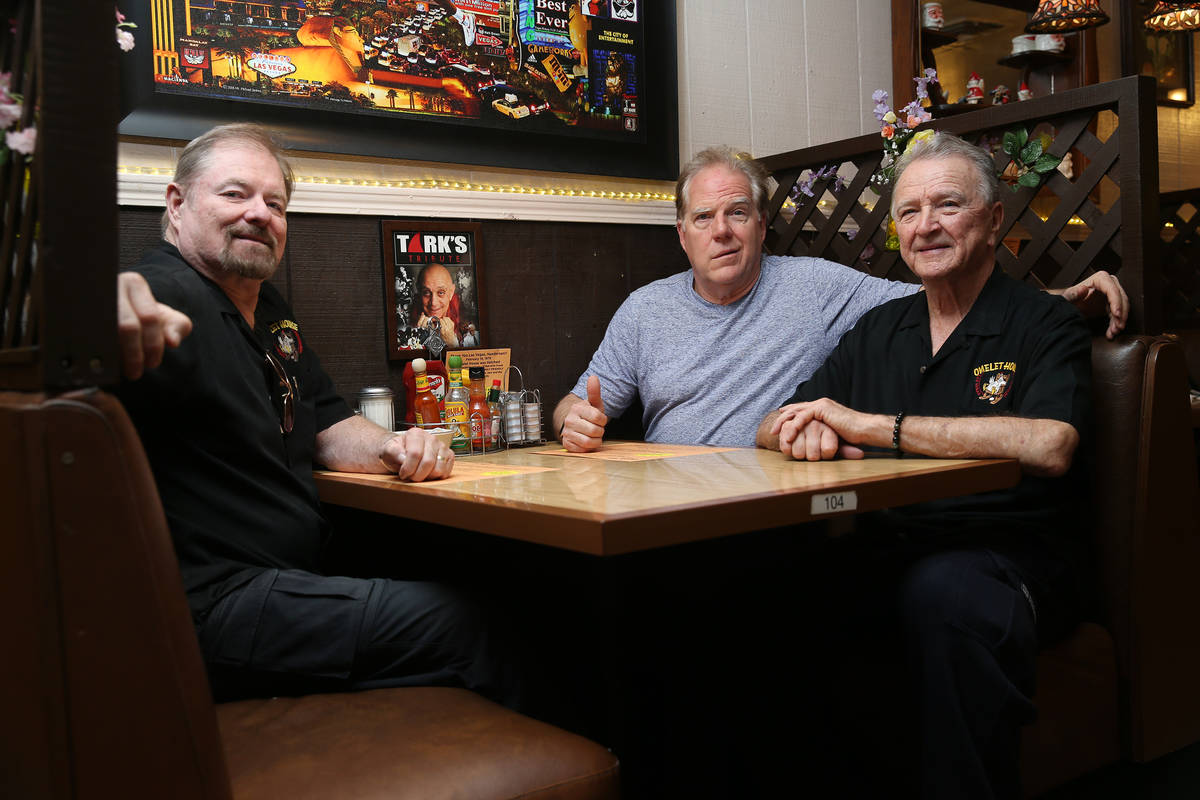 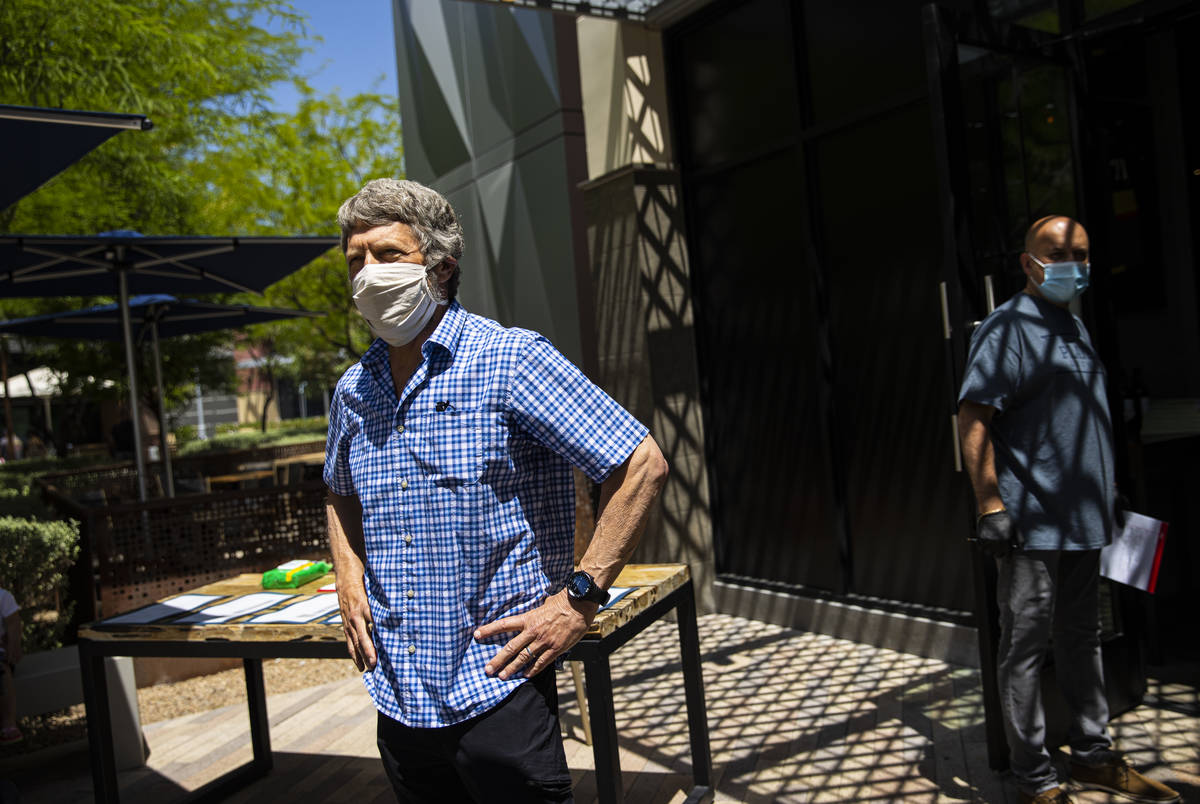 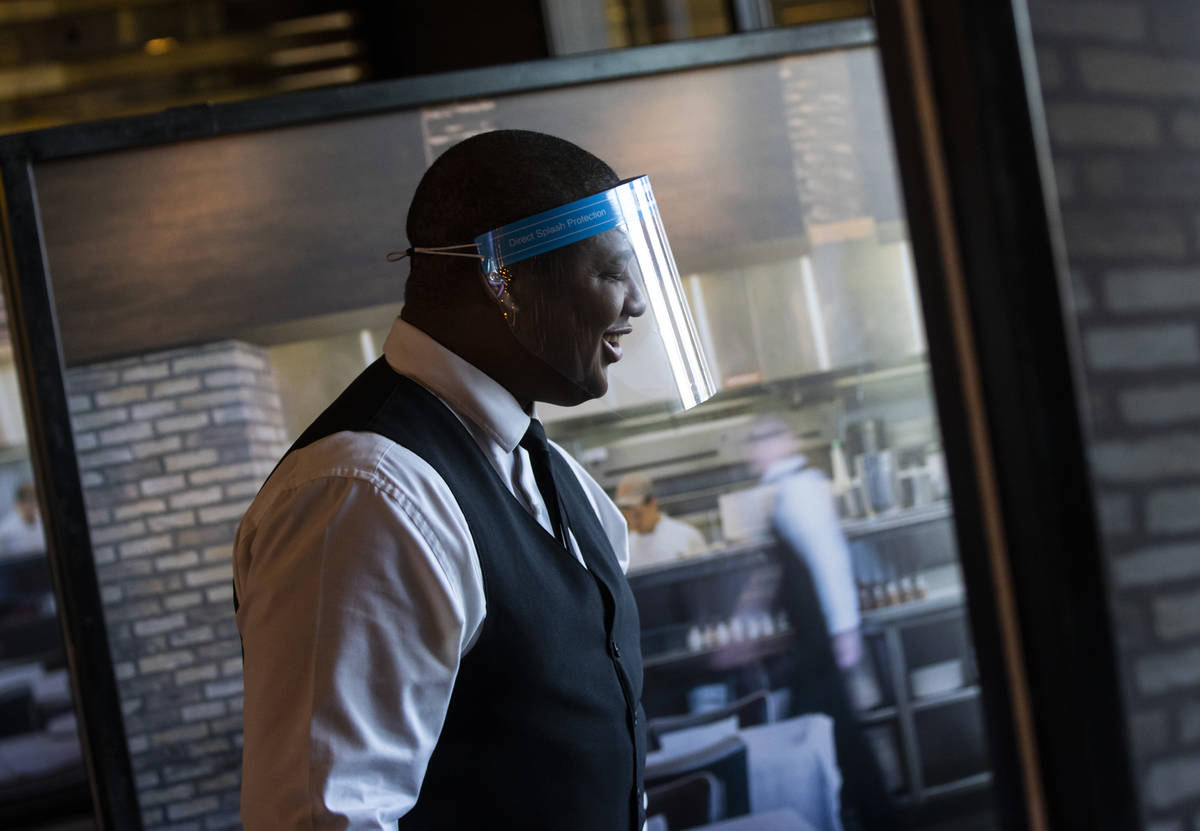 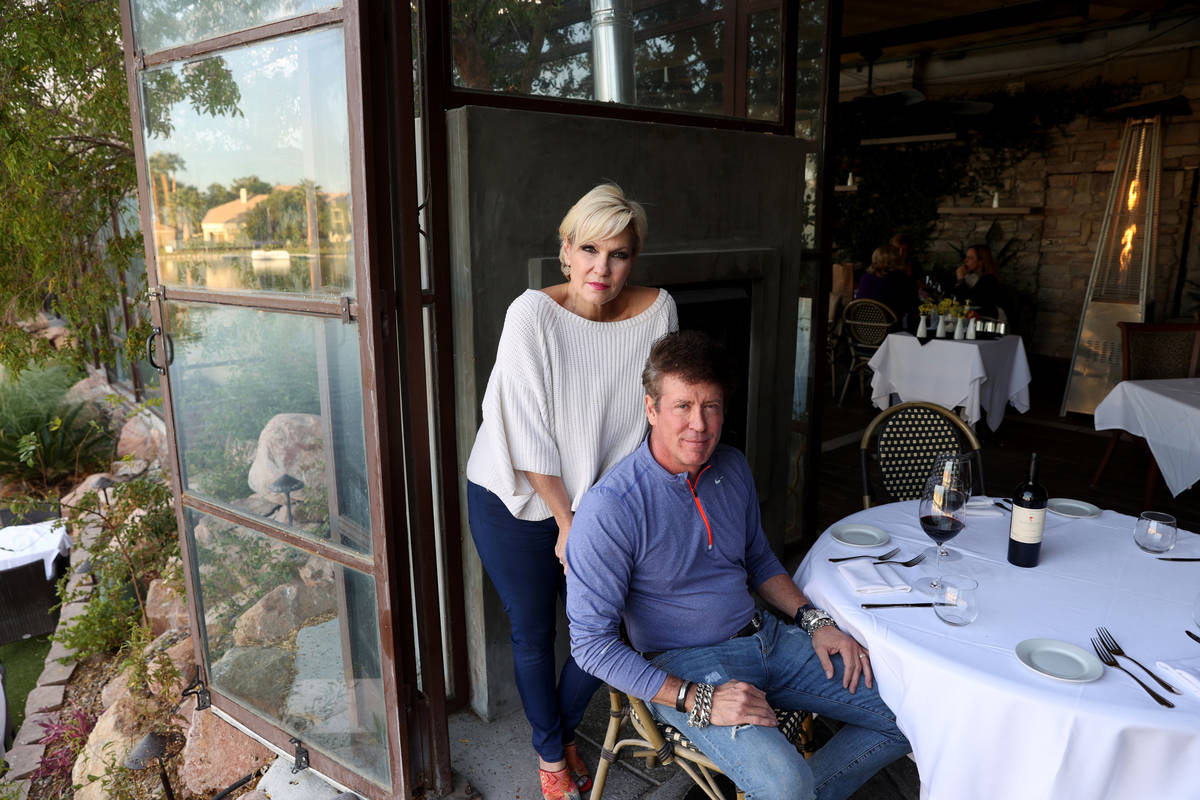 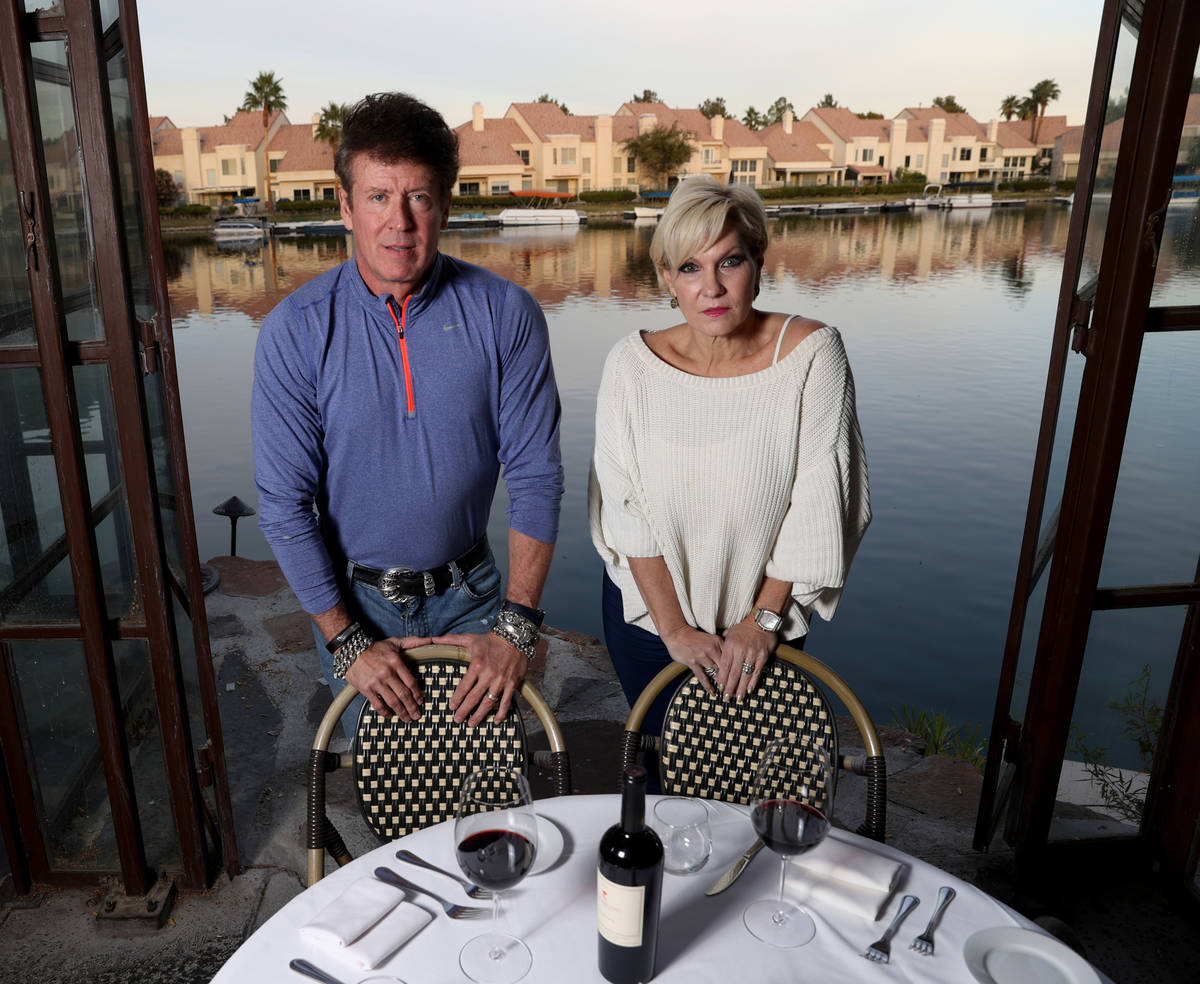 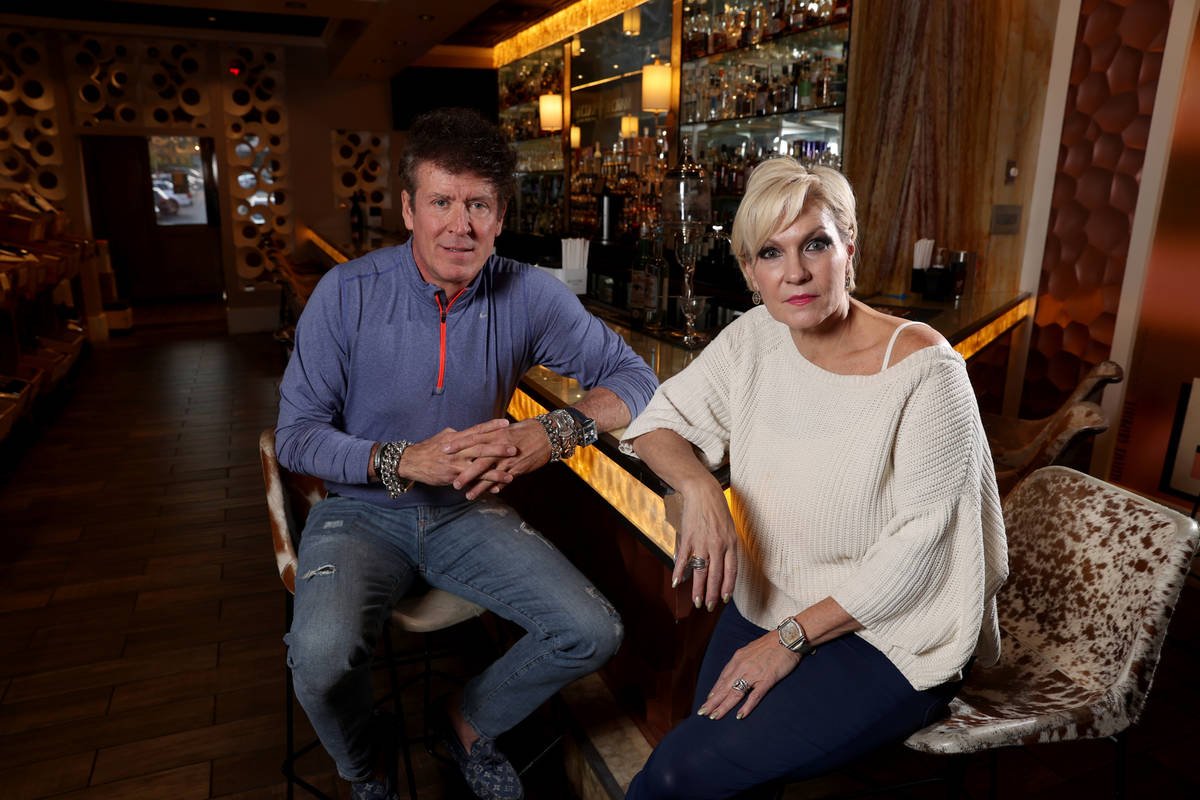 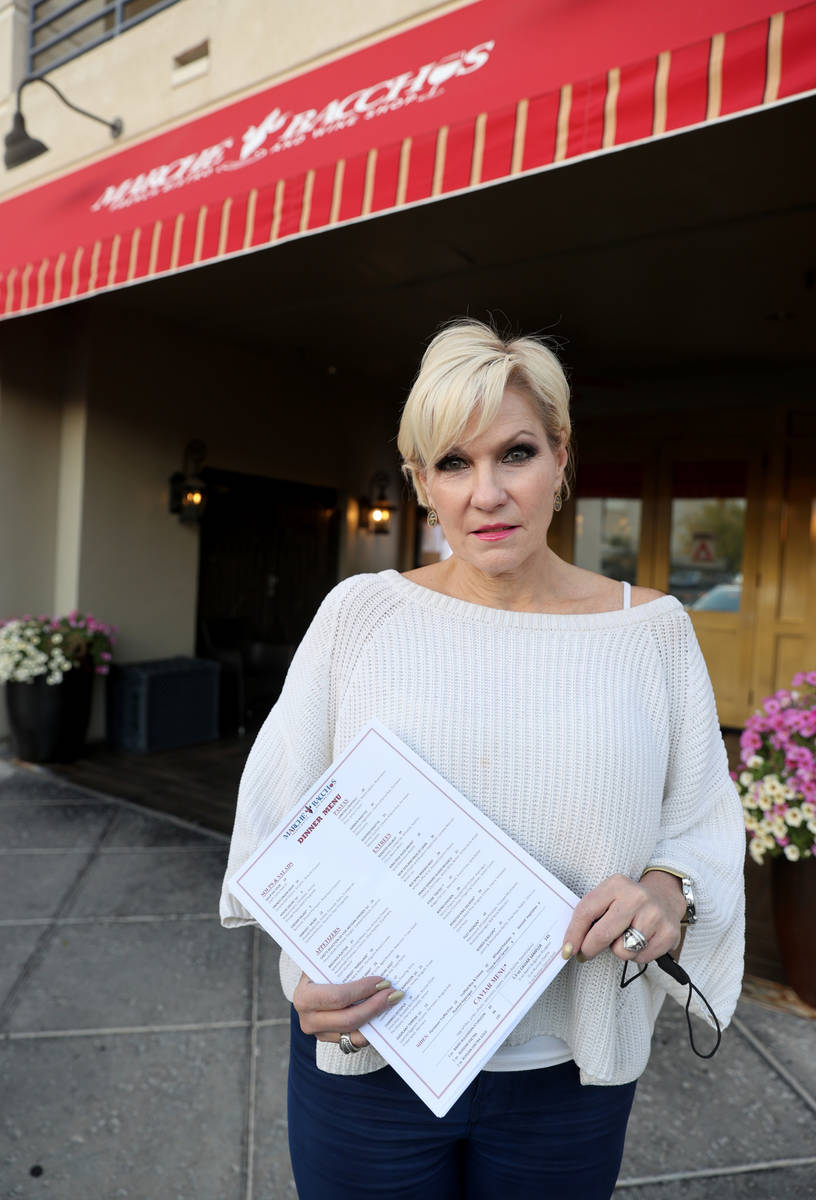 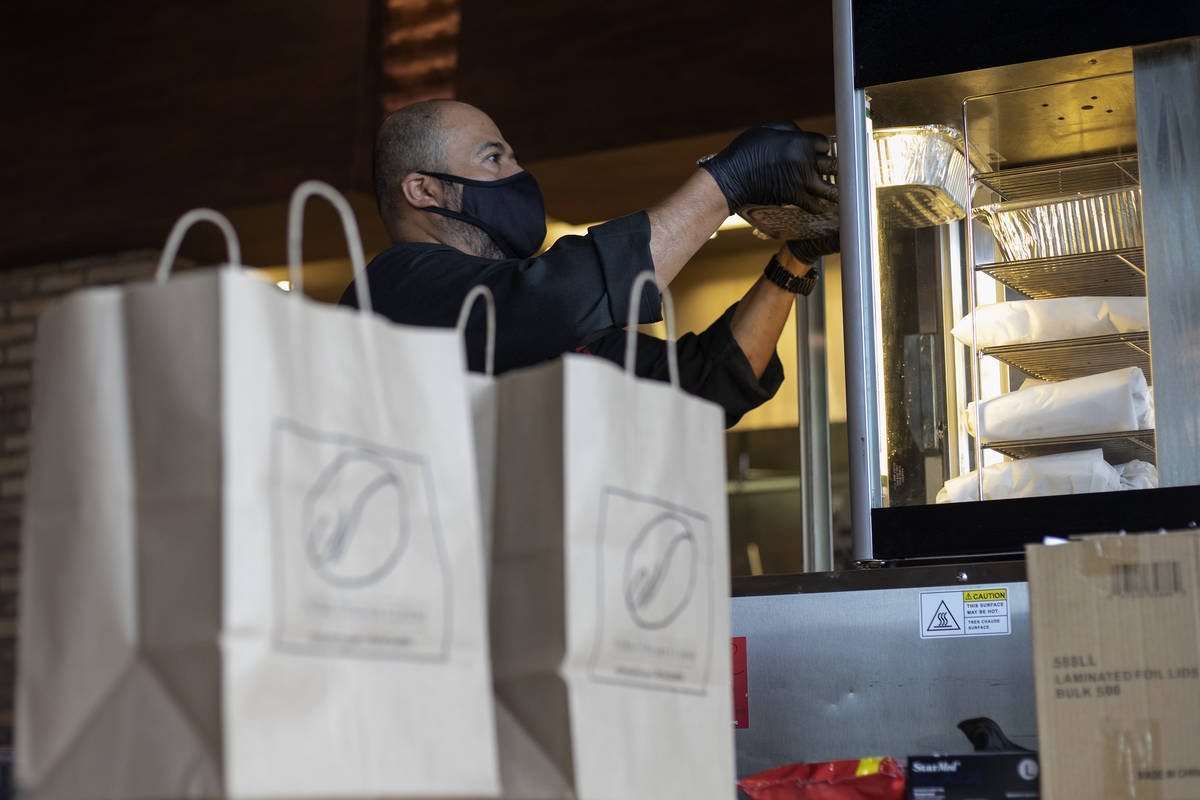 The way Kevin Mills sees it, he’s been doing all he can to stop the spread of COVID-19.

“My employees are wearing masks when they come in,” said Mills, senior partner of the Omelet House on West Charleston Boulevard. “They get their temperature taken before they put down their purses. There are sanitizing stations all over the restaurant. We practice 6-foot social distancing. We’ve reduced the capacity.

“If that’s not effective, what the heck is? What more does he want us to do?”

“He,” in this case, is Nevada Gov. Steve Sisolak, who in a Tuesday news conference asked the state’s residents to stay home for two weeks — including, specifically, “picking up dinner curbside from your favorite restaurant instead of sitting indoors with others who are NOT members of your household” — in an effort to fight the virus and avoid another shutdown. But local restaurant owners say they know they’re going to suffer and believe they and their customers are not the biggest cause of the problem.

“It’s definitely going to hurt; we’ve already had a few cancellations,” Marcello Mauro, owner of Nora’s Italian Cuisine, said Tuesday afternoon. “I like that he’s asking people to make the choice, that he’s not shutting everybody down again.”

“If our business dropped off because collectively, as a community, we were doing the right thing, I’d have no problem with that,” said Tom Kaplan, senior managing partner of the Wolfgang Puck Fine Dining Group. “And I know Wolfgang and my partners wouldn’t, either.”

But others — particularly small-business owners — see this period as possibly futile.

“It’s a little frustrating,” said Chris Palmeri, owner of Naked City Pizza. “You’re asking everyone who lives in Las Vegas to go sit in their house, but yet you’re letting travelers in from all over the country.”

And Jeff Ecker, president of Paymon’s Mediterranean Cafe, sees a definite risk from those travelers. The restaurants he visited during a recent five-day trip to Florida, he said, were virtually devoid of people wearing masks.

“On the contrary, we’ve had an incredible success rate at Paymon’s with people honoring the mask mandate,” he said.

Alexandra Emtsova, owner of Burnt Offerings, said she sees a correlation between the recent spike in cases and the political rallies of two weeks ago.

“That should be controlled as much as the restaurant industry,” she said.

“I personally think it’s an attack on small businesses,” said Nick Palmeri, owner of Gaetano’s Ristorante in Henderson. “As an example, the opening of Circa. I went to one of the industry night things, and trust me, if the government showed up during one of those, they would have shut them down. We need the tourism, but the problem is that a lot of places on the Strip aren’t complying the way they should. And the little guys are being the punching bag for this.”

Circa representatives did not respond to a request for comment.

Virginia Valentine, president and CEO of the Nevada Resort Association, could not be reached Wednesday evening to respond to the restaurants’ complaints.

Earlier, she released a statement that said, “Nevada’s resort industry understands the key for large and small businesses to stay open and bring more people back to work is for all of us to adhere to recommended medical guidance, state directives and health and safety regulations at work and at home.

“Our industry continues to be in compliance with the required mitigation measures and has been tireless in its fight against the virus, implementing comprehensive and robust health and safety measures to protect employees and guests.”

“I think we all, in the back of our minds, were kind of expecting something like this to happen,” said Brian Howard, chef/owner of Sparrow + Wolf. “It’s only inevitable if you see what’s going on around town. For a while, it was like Vegas was back open.”

‘What does it really mean’

“I know the governor is trying to do things that don’t involve mandates and declarations,” said Alexandria Dazlich, director of government affairs for the Nevada Restaurant Association. “If people can stay home for a couple of weeks and look to takeout and deliveries, hopefully that will help the numbers. Of course I can imagine some operators are upset. Some are concerned. And some just want to know what does it really mean.”

“I’m so torn,” said Kristin Corral, the owner of Tacotarian. “If this is going to be like two weeks, let’s just do it and (let that) be the end of it. But I just don’t know that this will be the end of it. I think it’s not a long-term solution.”

“We understand the fact that they’re trying to keep people safe,” said Antonio Nunez, chef/owner of The Stove and partner in Blume, both in Henderson. “I’m not too worried about now; it’s what’s coming after that two weeks. I think after the next two weeks, if we head for a shutdown, it’s going to kill a lot of people in this town. And when you kill the small businesses, you kill the economy tremendously.”

Nunez and Juan Vazquez, owner of Juan’s Flaming Fajitas, both suspect the split in the recent presidential election mirrors society in general and will be reflected in how many people decide to stay home.

But he’s sure of one thing: “Our sales are going to be weak.”

“Unfortunately, my gut tells me it’s not going to make a difference,” said Marc Marrone, chef/partner in Graffiti Bao, Locale and Egg Sammie. “And my concern is this is going to hurt business for the next two weeks but not make enough of a difference in cases. Then we’ll have a shutdown. And now the 14 days before we potentially shut down may be horrible business, and this time, unemployment is still a mess and there’s no other stimulus coming.”

“Punish the resorts and the people not following the rules,” said Justin Kingsley Hall, chef/partner in the future Main Street Provisions. “It’s unfair that (some casinos) blow it off. We all know who the ones doing the damage are, and it’s unfair to break the backs of small businesses without trying to correct the big mistakes.”

“Some casinos are doing an amazing job,” said Penny Chutima, whose family owns Lotus of Siam. “But if you go to other casinos, you’ll see that there’s no social distancing. So you can’t pinpoint one industry. I feel like they need to have a bigger group (of inspectors) that are able to go to each business.”

Nunez doesn’t like that government entities aren’t articulating a definite plan and providing help to those who need it.

“Now people are going into this frenzy of hoarding again,” he said. “There’s no comfort for the community. As much as we’re saying we’re doing this for the community, it’s also sending people into a panic. What are you going to do to comfort this valley and this state overall?”

“What’s the plan?” Marrone said. “I’m, candidly, a little frustrated. You know, the first time, fine. No one saw that coming. But we all knew winter was coming. And I feel like our government in this state may have either underestimated it or had their head in the sand hoping it wouldn’t come back the way it did.”