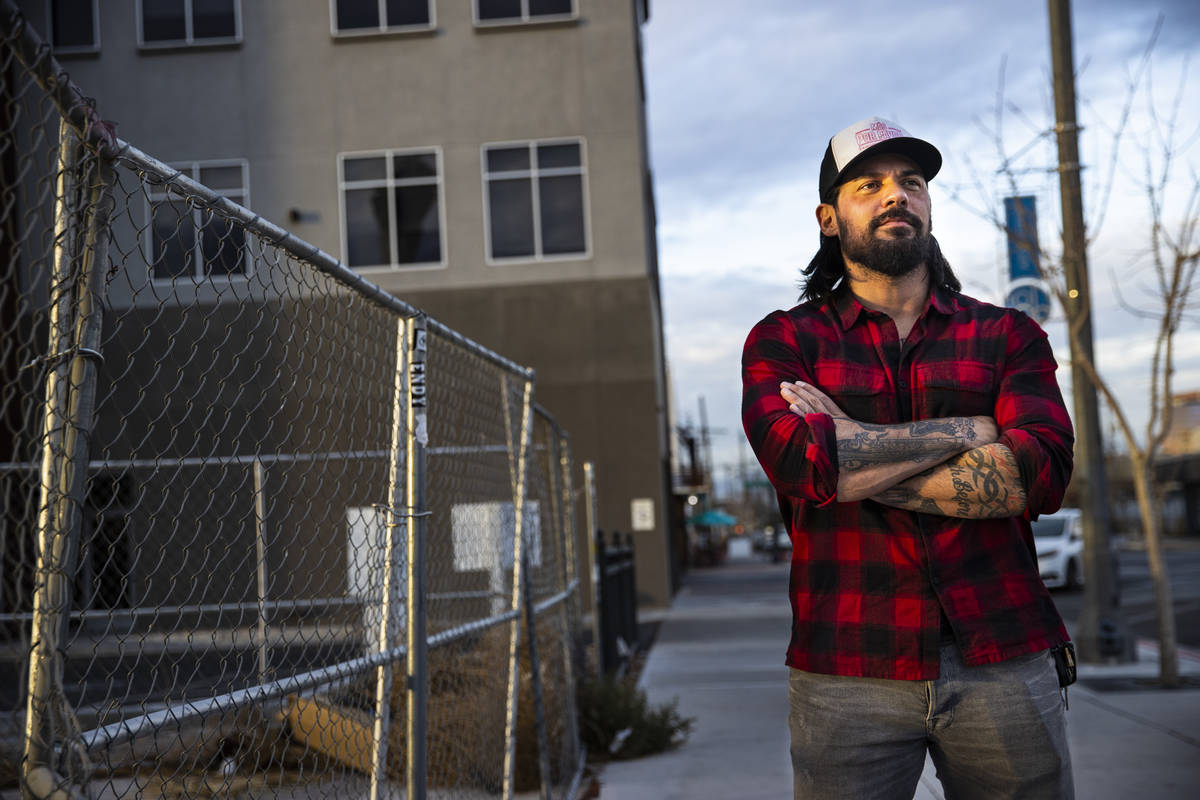 Jason Craig of In The Moment Group stands by the proposed food truck lot in the Arts District in Las Vegas on Feb. 15. (Chase Stevens/Las Vegas Review-Journal) @csstevensphoto 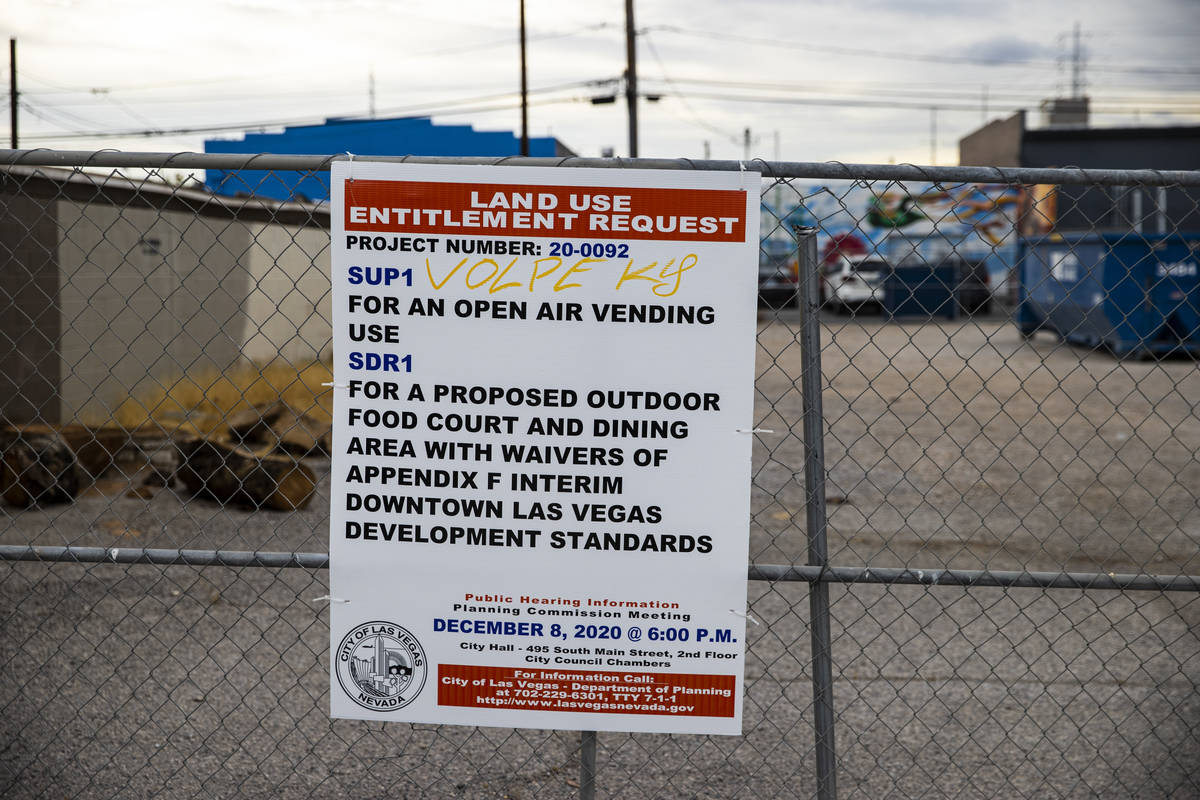 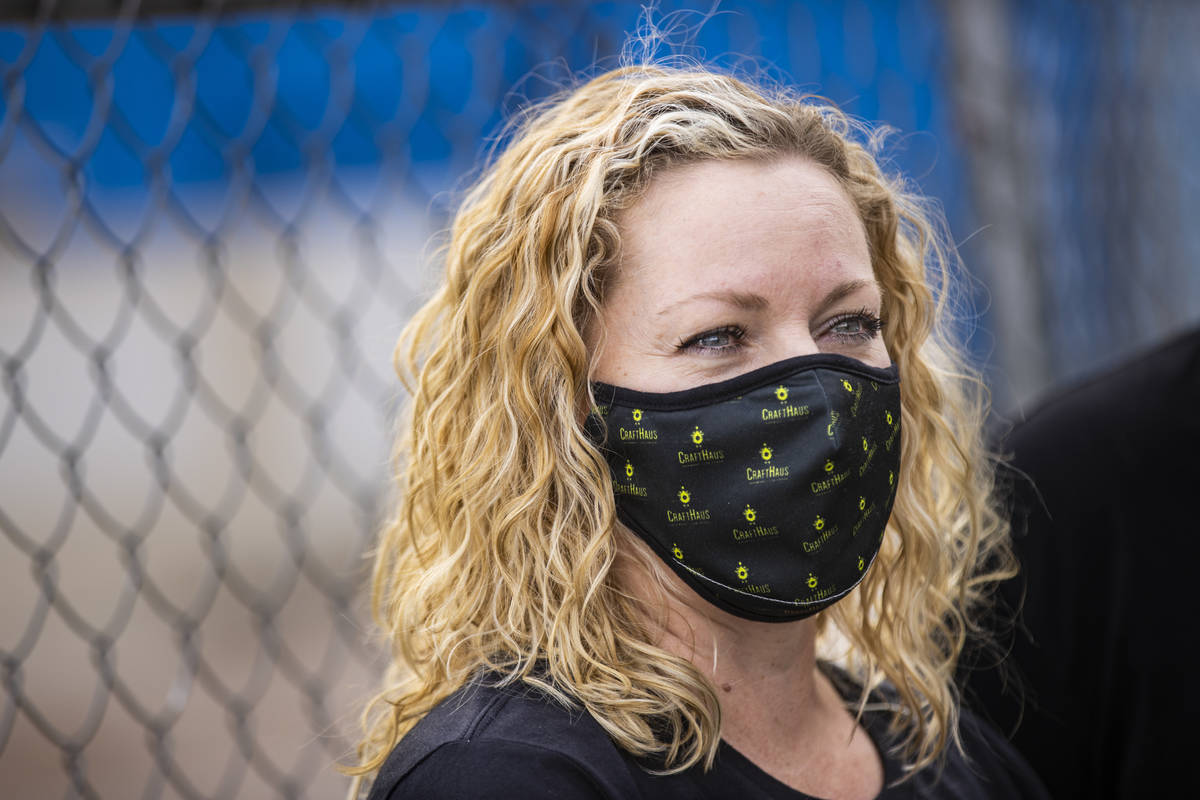 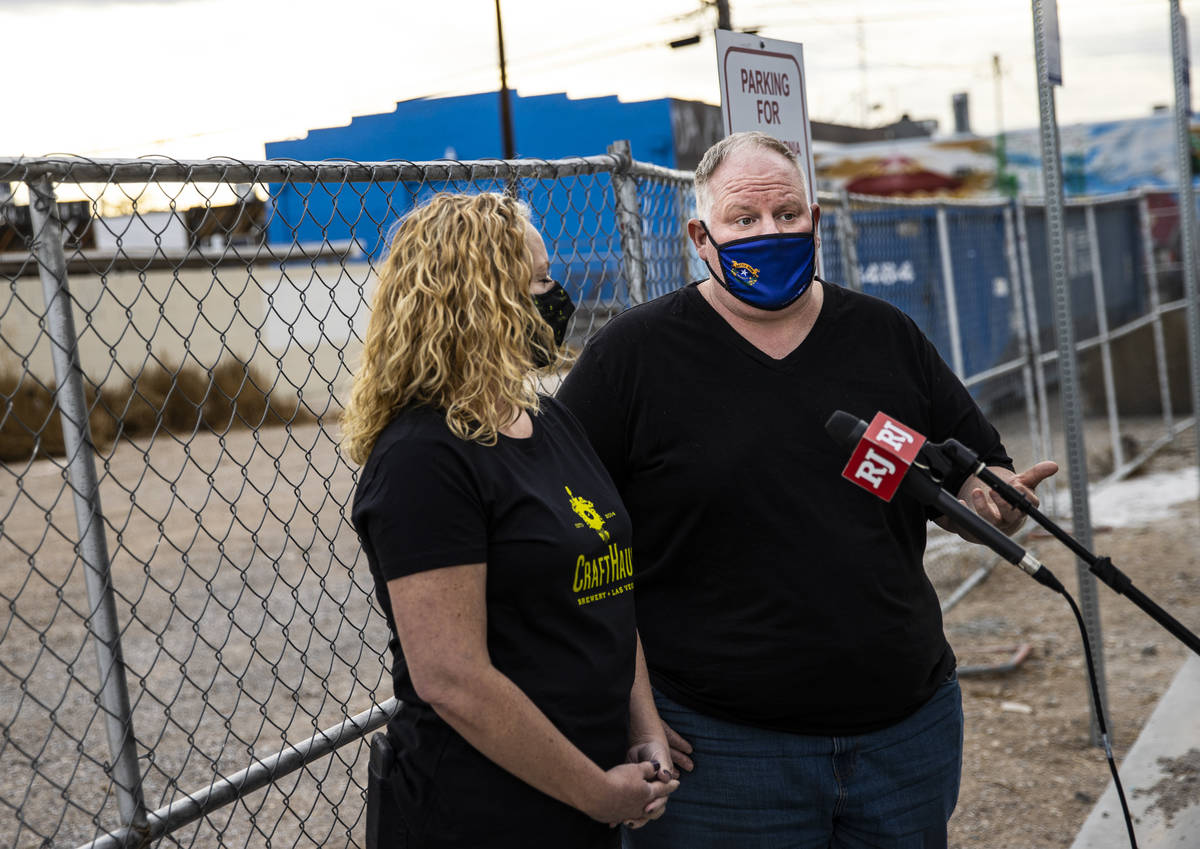 Wyndee Forrest, owner of CraftHaus Brewery, and James Trees, chef/owner of Esther's Kitchen, are both unhappy with the current plans for a food truck lot in the Arts District. (Chase Stevens/Las Vegas Review-Journal) @csstevensphoto 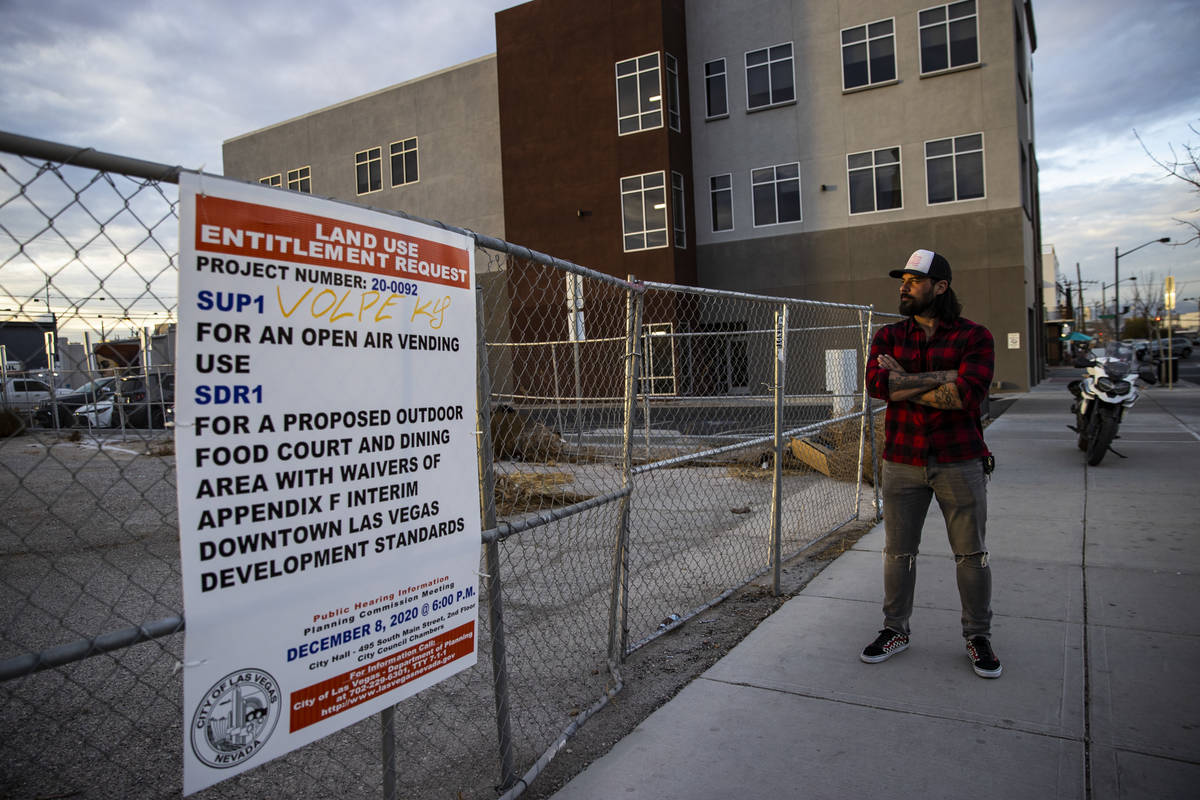 Jason Craig of In The Moment Group, in front of the proposed food truck lot he hopes to develop in the Arts District in downtown Las Vegas (Chase Stevens/Las Vegas Review-Journal) @csstevensphoto 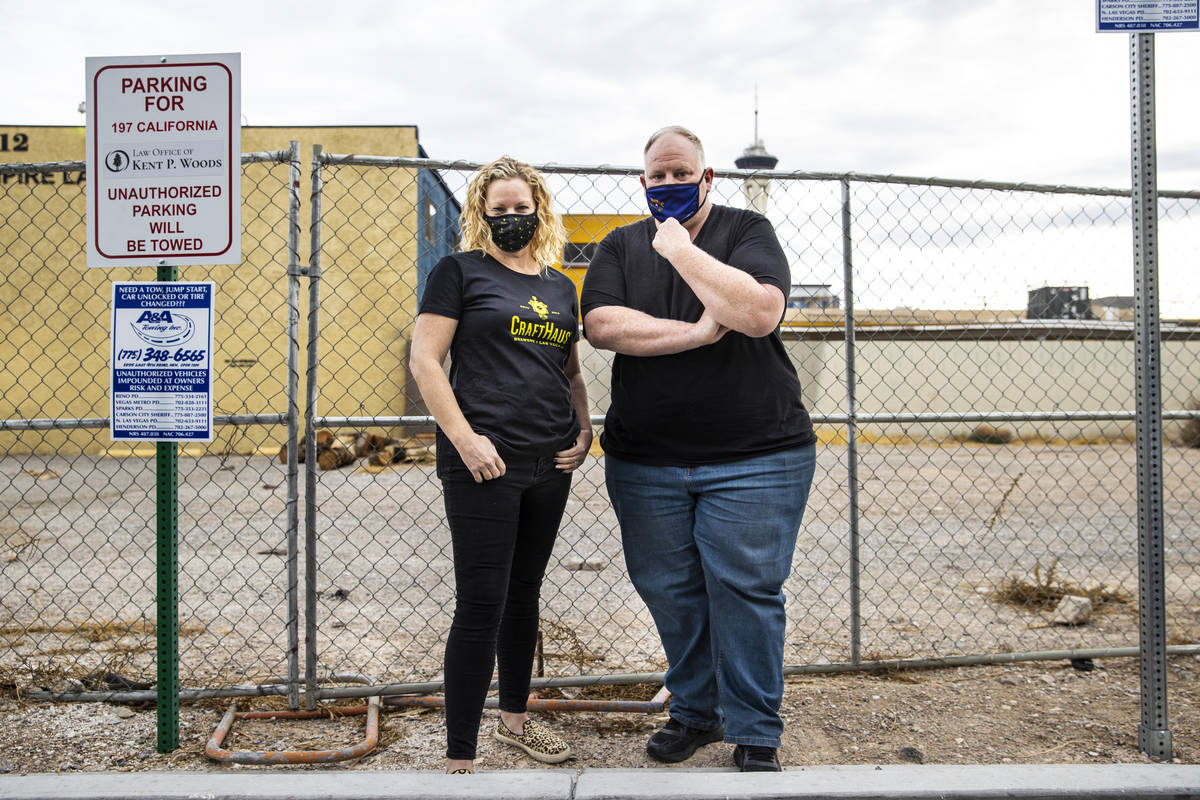 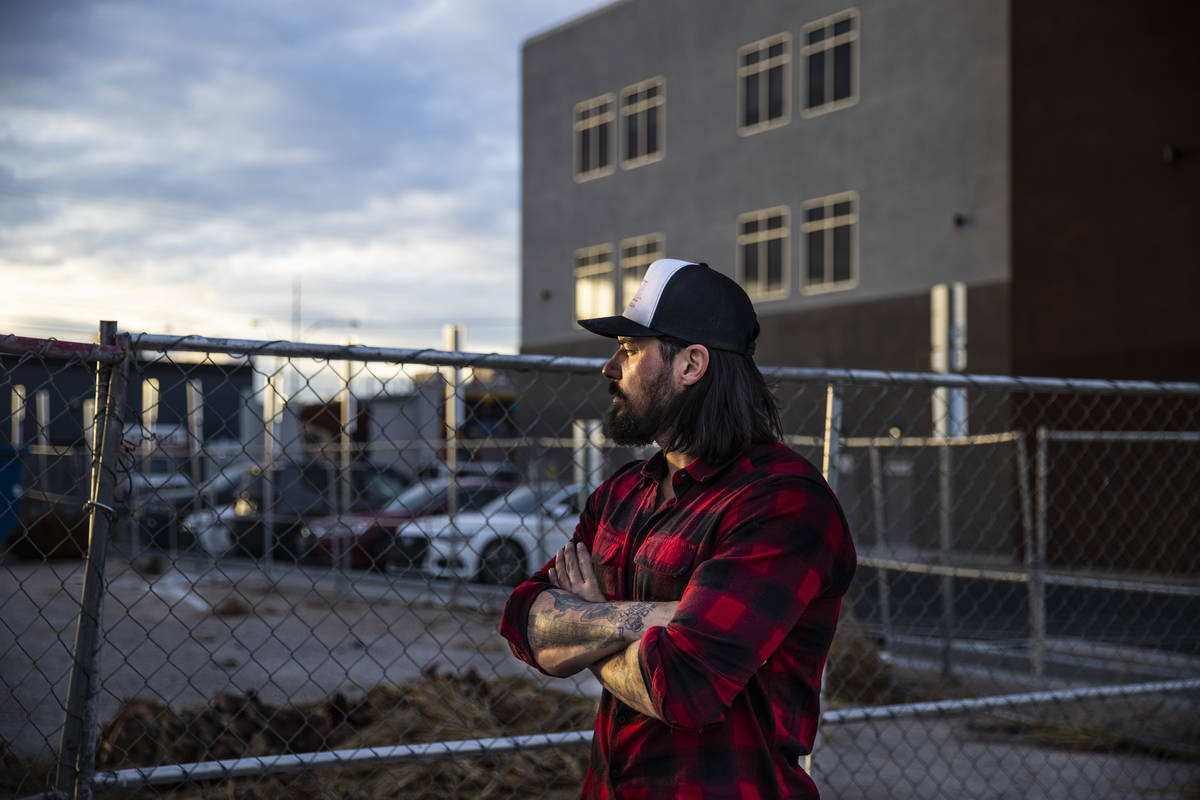 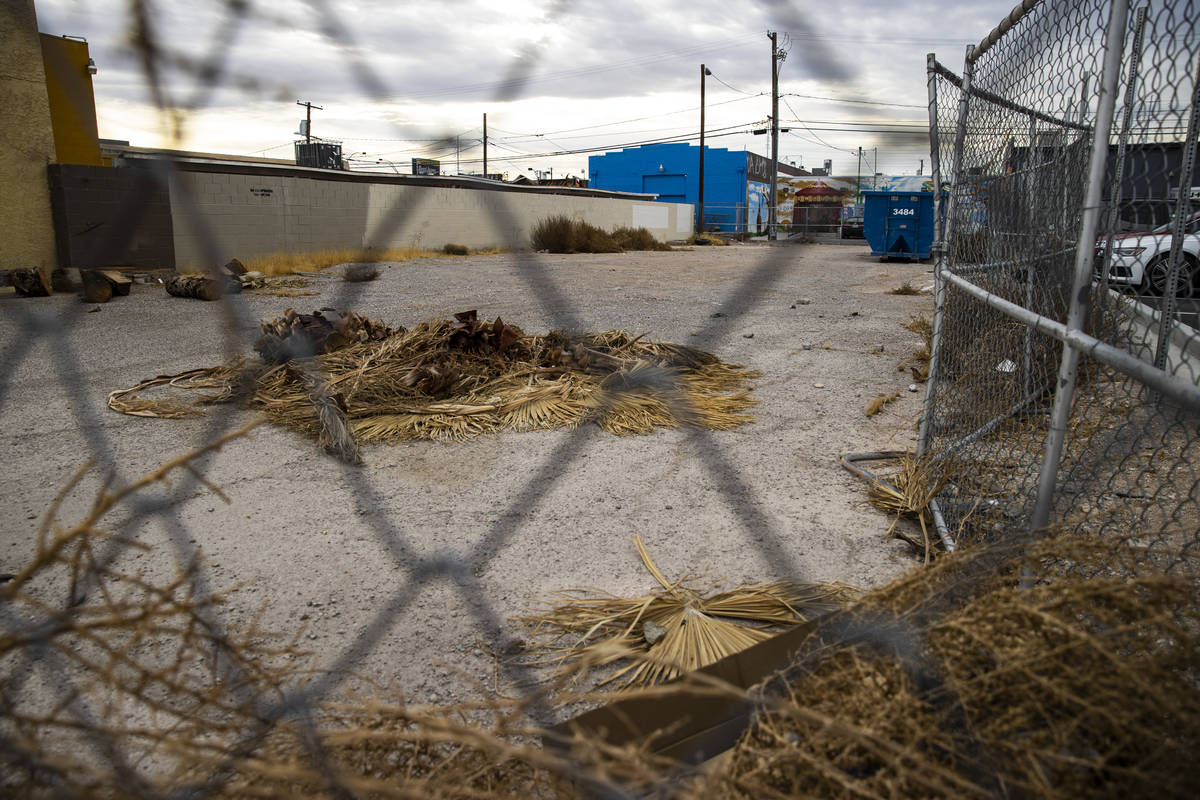 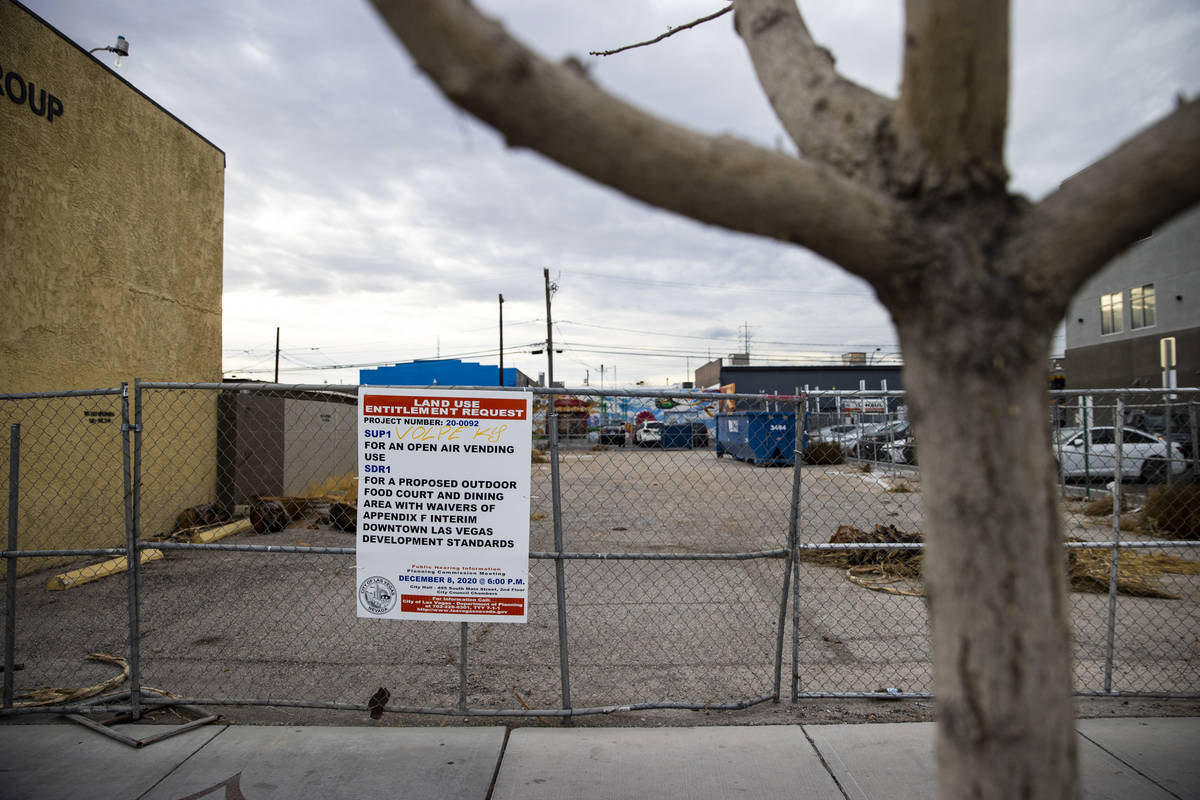 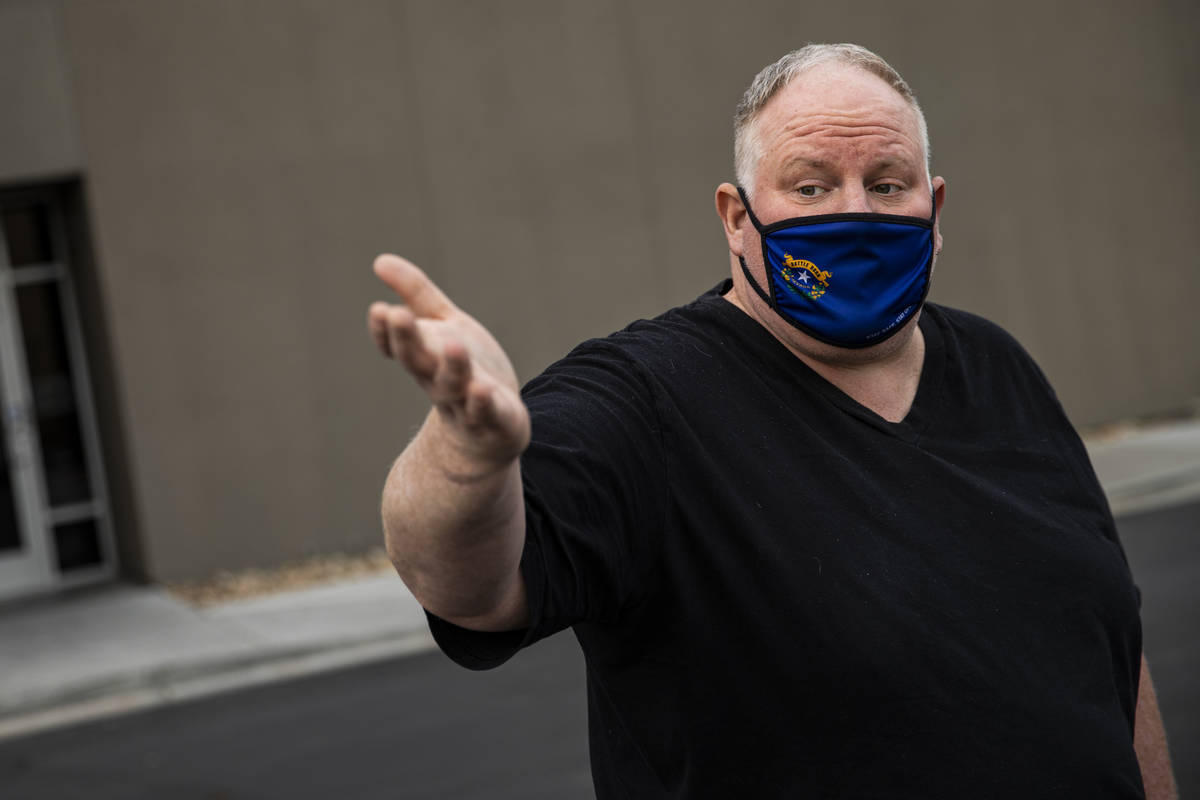 The developers of a proposed food truck lot in The Arts District have brought in a new team to lead the project, as the debate over its approval has turned ugly, and at times, personal, in advance of Wednesday’s City Council meeting.

In The Moment Group has been chosen to manage and promote a roughly 7,000-square-foot vacant lot on the west side of Casino Center Boulevard that the owners hope to use as a gathering place for up to 10 food trucks. The group consists of former N9NE Group vice president Michael Fuller, N9NE Group and Clique Hospitality veteran Jason “JROC” Craig and Las Vegas Foodie Fest/Great American Foodie Fest founder Noel Casimiro.

“We’re excited to have this opportunity in front of us, and I’m hoping that we’re able to kind of figure out this thing on Wednesday, because we just want to bring more bodies downtown,” Craig says of their involvement. “We want to bring more culture downtown. We’re not trying to hurt any other business. We’re just trying to enrich the culture of the Arts District.”

The battle over this lot began heating up in December, after the city Planning Commission approved a waiver requested by property owners Main Street Investments, allowing the vacant lot to be used for food trucks. Metroplex Realty’s Paul Murad represented the owners on the applications and approvals. Despite Murad’s contention that he had reached out to local businesses beforehand, and several objections being read into the record at that meeting, opposition to the project didn’t begin in earnest until its approval was reported in the newspaper. At that point, several local business owners began circulating a petition asking the City Council to reconsider the issue — a request that was supported by Councilwoman Olivia Diaz “due to the concerns of other businesses in the Arts District.”

The debate over the lot has grown increasingly contentious, and frequently personal. Social media has been on fire for months with attacks against both sides. On Jan. 25, Murad sued Esther’s Kitchen chef/owner James Trees for defamation after Trees accused Murad, during a radio interview about the project, of lying to the Planning Commission. (That case has since been dismissed by the court, but multiple local businesses have cited it as evidence of just how nasty the discussion is getting.) And at least two local business owners have received what they described as suspicious phone calls from blocked numbers claiming to be from the City Council’s office, asking them why they oppose the project, despite a spokesman for the city saying he is not aware of any such calls being made.

At the heart of the online battle are two online petitions. The “Help Save Las Vegas’ First Food Truck Lot!,” petition has over 2,700 virtual signatures. The other petition, “Opposition to Unethical and Irresponsible Food Truck Lot,” has rallied more than 400 people to its cause. In both cases, the members of the opposing side said their positions are being mischaracterized and misrepresented.

The petition in favor of the lot says, among other things, that “Councilwoman Olivia Diaz gave into the pressure from a handful of nearby businesses who oppose this lot because they fear any potential competition or change.” It goes on to list each of the 13 businesses that petitioned Diaz to reconsider the project, and the names of their owners. Many of those owners insist that they have no objection to food trucks, and welcome new businesses to the neighborhood.

“I think that’s probably the piece that hurts most: The swirling of misinformation has now caused people to turn on community-based businesses,” says Crafthaus Brewery’s Wyndee Forrest, who’s company and husband are listed by name on the petition.

Forrest denies being afraid of competition from food trucks, pointing out that Crafthaus encourages people to enjoy food from other local businesses on its outdoor patio, and frequently invites food trucks to its Henderson brewery.

“It’s no secret breweries and food trucks go hand in hand,” Forrest says. “And I do support a food truck project — just not the way it’s proposed right now.”

Becky Miller, an Arts District landlord who operates the Main Street Mercantile antique shop near the proposed lot, echoes those sentiments. She notes that she’s worked to bring small, independent, low-cost dining options to the area, and insists that her opposition to the project, and the opposition of many of her neighbors, is based solely on factors such as traffic, noise, odors and infrastructure.

“These restaurants are not afraid of competition, and they actually help other business,” says Miller, noting she has been working with more than two dozen downtown restaurants on a project that will bring “New York style food carts” to their neighborhood.

Murad says all of those issues have either been addressed in new plans submitted to the City Council since the Planning Commission meeting, or will be addressed as the project progresses.

“What the opponents are oblivious to, or disregard, is the fact that what’s being approved is only the land use. And after this approval is done, it’s not a carte blanche to do whatever the development and management groups want to do. It’s the beginning of a multi-step process that will be followed by regular and exhaustive inspections and approvals by Southern Nevada Health District, Fire Departments, Clark County Air Quality Control, City of Las Vegas licensing and building and safety departments.”

The members of In The Moment Group, which is set to take over the project after City Council approval, say this project is going to be rolled out in stages. While COVID restrictions prohibit large gatherings, it likely will be used primarily for delivery driver pickup and to serve people who live and work in the neighborhood. Once those restrictions are lifted, they expect the lot to host larger on-site events and to attract more traffic. As that happens, they promise the infrastructure will evolve to accommodate the changes.

“It’s all about controlled growth,” Casimiro says. “We’re going to start small. But as the (project) gets bigger, and more people are coming, we’re going to have to scale up everything, even logistics.”

Does the new blood he and his team bring to the project offer reason to believe things can be worked out?

Trees, for one, is hopeful.

“They’re industry leaders and wonderful people from our city. If they can take care of the small concerns that we have, then absolutely, we need to give more opportunity in this neighborhood to everybody. And I would love if they actually did that.”

“It’s totally possible,” he says. “But we would need to see those plans, and they would need to be presented in a way that any assurances that were made (for) those plans being completed, would be binding.”

A hearing on the project is set as agenda item 34 at Wednesday’s Las Vegas City Council meeting, following the 8:30 a.m. Redevelopment Agency meeting, in Council Chambers on the second floor of City Hall, 495 Main Street. Capacity for Council Chambers is set at 98 people, who will be distanced from one another and medically screened before entering. Those unable to attend can watch it on KCLV TV, Cox Cable Channel 2, or online at KCLV.tv/live.