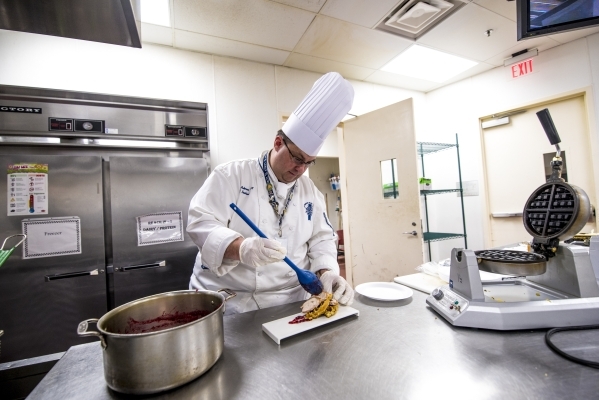 The parent company of Le Cordon Bleu College of Culinary Arts in America has announced that it plans to phase out operations, and Jan. 4 will be the last day students can enroll. The announcement affects 16 schools across the United States, including the one in Las Vegas.

Requests for comment from a representative of Career Education Corporation in Schaumberg, Ill., were not returned this week. A statement on the company’s website said current and future students should contact the school for more information.

But in a statement released earlier by Career Education Corporation, CEO Todd Nelson said new federal regulations are partly to blame for the closings. That reason also was cited by Tom Rosenberger, chairman of the hospitality-management program at the College of Southern Nevada, who founded the CSN program in 1989.

“The big thing is the federal government is saying you have to be able to demonstrate that people are coming out of your program and getting good-paying jobs in their field and repaying their student loans,” Rosenberger said.

“The funding is very tight nationwide,” Rosenberger said. “It’s not that there aren’t students. It’s a funding thing.”

Pat Moreo, a professor of hotel administration at the University of Nevada, Las Vegas, and a member of Le Cordon Bleu’s informal board of advisers, said he thinks the closing will leave a void.

“I think it’s sad,” Moreo said. “I think they have been a very important part of the culinary education scene, not just in Las Vegas but certainly throughout the world. It’s certainly going to be a loss for Las Vegas. They were an excellent program.”

A statement from MGM Resorts International said company representatives were “dismayed” to learn of the impending closure.

“We hope that individuals who seek careers in the culinary field continue to pursue their passion at other established entities where we will continue to actively recruit culinary talent, including UNLV, College of Southern Nevada, Culinary Training Academy, Johnson and Wales and the Culinary Institute of America, among others,” read the statement attributed to Michelle DiTondo, senior vice president of human resources.

“It’s going to leave the College of Southern Nevada having to pick up the slack,” Moreo said — which could be a problem for any Le Cordon Bleu students who don’t complete the program there, Rosenberger said, because credits won’t transfer to CSN or UNLV.

But Rosenberger said he’s not concerned about the prospect of an influx of students.

“We’ve been growing and growing,” he said. “We’re still growing.”