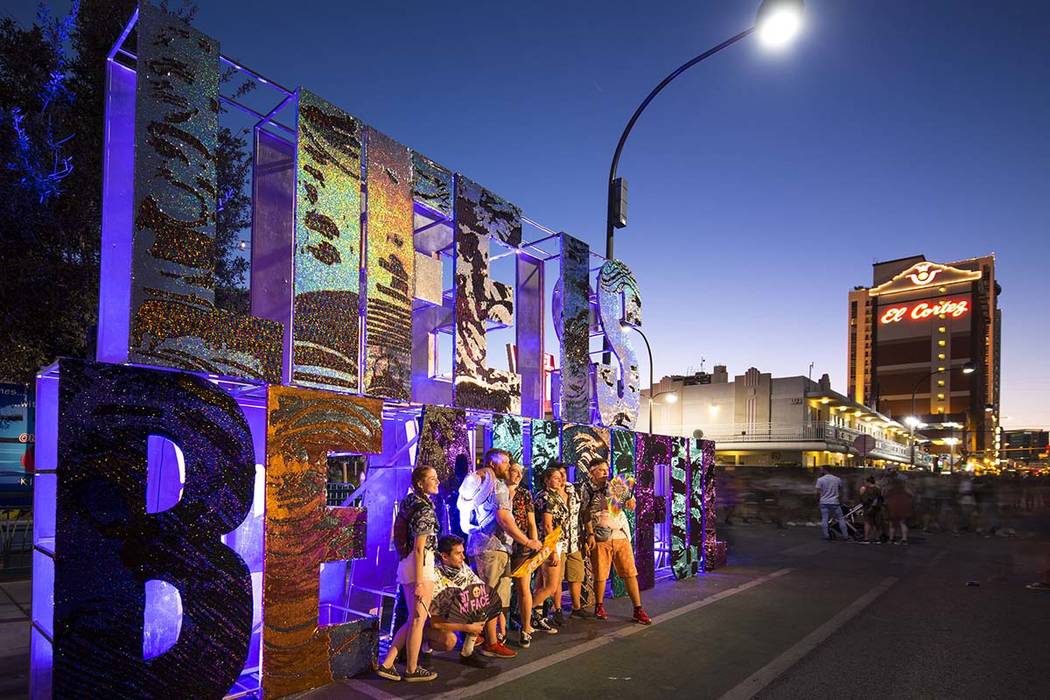 Festivalgoers pose next to a Life is Beautiful sign at the annual festival in downtown Las Vegas, Sept. 23, 2018. (Richard Brian/Las Vegas Review-Journal) @vegasphotograph 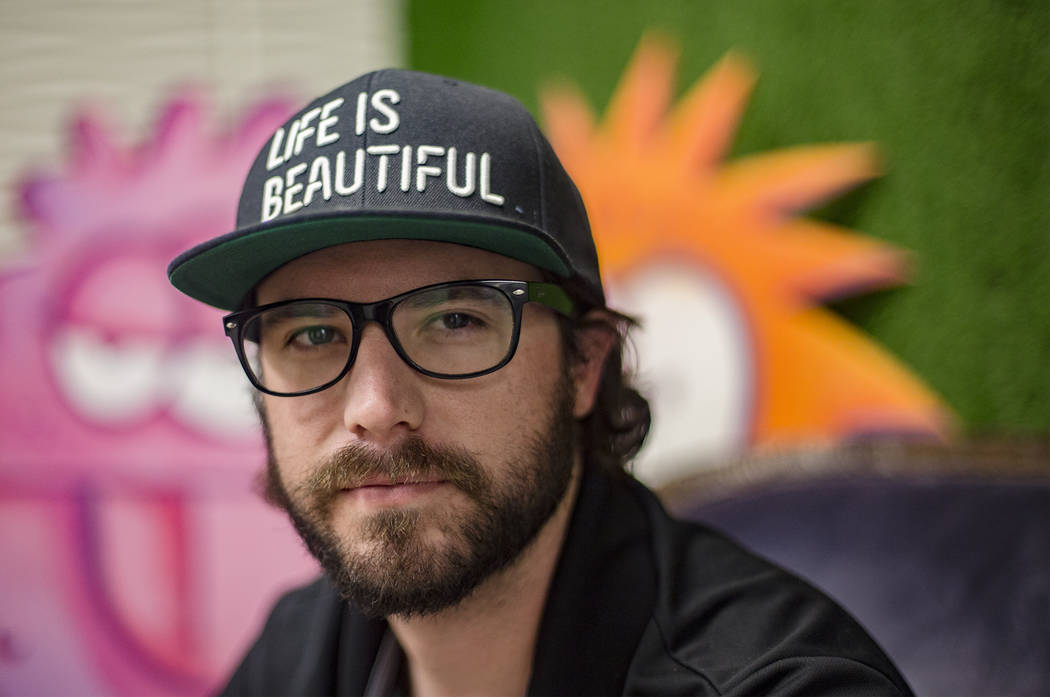 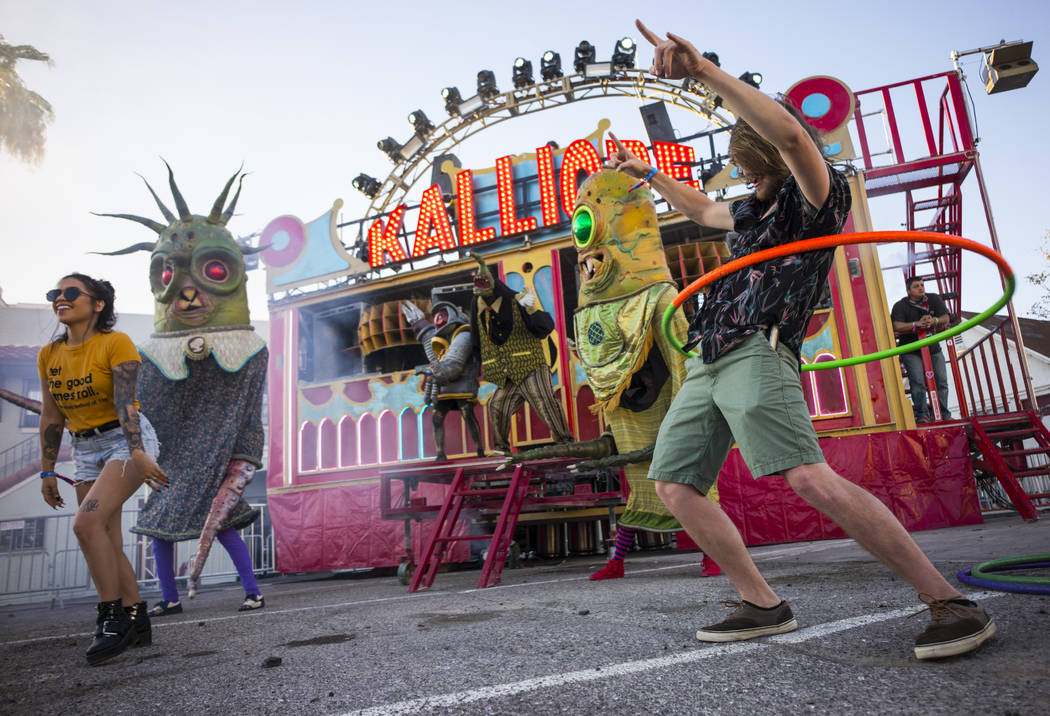 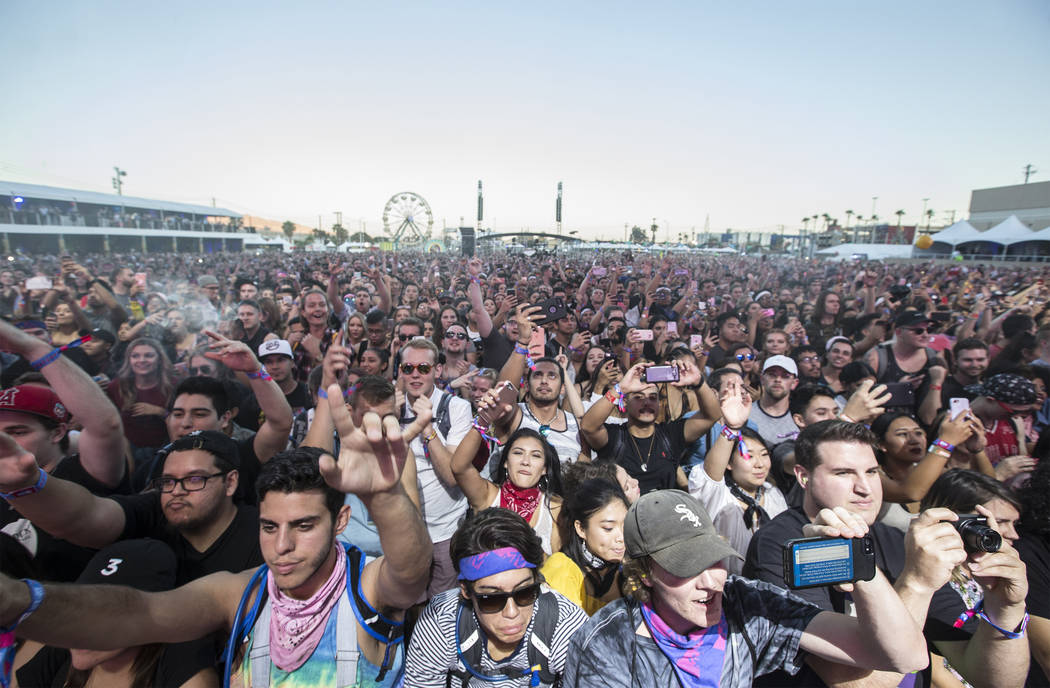 The crowd at the Downtown Stage erupts at the sight of 2 Chainz during the first day of the Life is Beautiful music and arts festival on Friday, September 22, 2017, in Las Vegas. Benjamin Hager Las Vegas Review-Journal @benjaminhphoto

The Life is Beautiful culinary component is rockin’ again.

When the three-day music and arts festival launched in 2013, it was with a packed menu of food-centric events, many of them featuring out-of-town chefs and restaurants. A move to a more local focus translated to fewer culinary events the past few years, but this year’s edition, set for Sept. 20-22, has broadened, while maintaining local focus.

Lee Flint, who’s in his second year as festival food and beverage director, said the most rewarding aspect for him has been finding and working with local culinary talent. But he said he’s particularly excited about the new Omakase Cantina. Each evening, two chefs will prepare dinner for 12 people, who will be seated at the chef’s table; participating chefs will include Roy Ellamar of Harvest at Bellagio, Jennifer Murphy of Gordon Ramsay’s Hell’s Kitchen at Caesars Palace and Josh Smith of Bardot Brasserie at Aria.

It’s not a true omakase experience — well, it’s not a true cantina, either — because the menus are set in advance; reservations for the three seatings each evening must be made ahead, at secretburger.com. But Flint promises some surprises.

“The chefs have kind of stepped out of what they normally do,” he said, “so it’s not a lot of the same dishes that you’d see from these chefs.”

Another new festival component this year is a vegan one called The Farm Stand, featuring chefs working with local farms. It’s organized by Diana Edelman, founder of Vegans, Baby, fresh from directing a vegan dinner at the James Beard House in New York.

Returning festival features are The Cookout, a campfire feast, and Cocktail School, which will comprise interactive seminars and tastings, with each session highlighting a different cocktail trend and spirit.

While there will be a number of festival features open only to VIPs, those four and the Culinary Villages will be accessible to all festival guests. The Culinary Villages, which Flint said will be divided into large areas near the three main stages plus “pocket” villages, will involve about 60 restaurants and other food vendors, both locally focused and internationally known.

For tickets and more information, go to lifeisbeautiful.com.