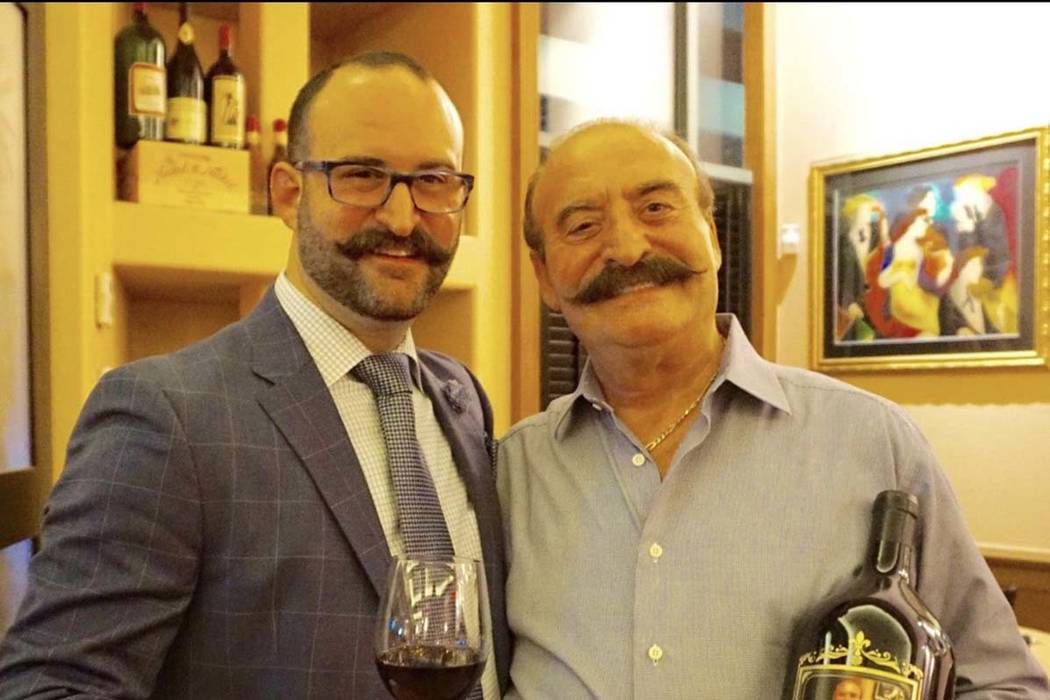 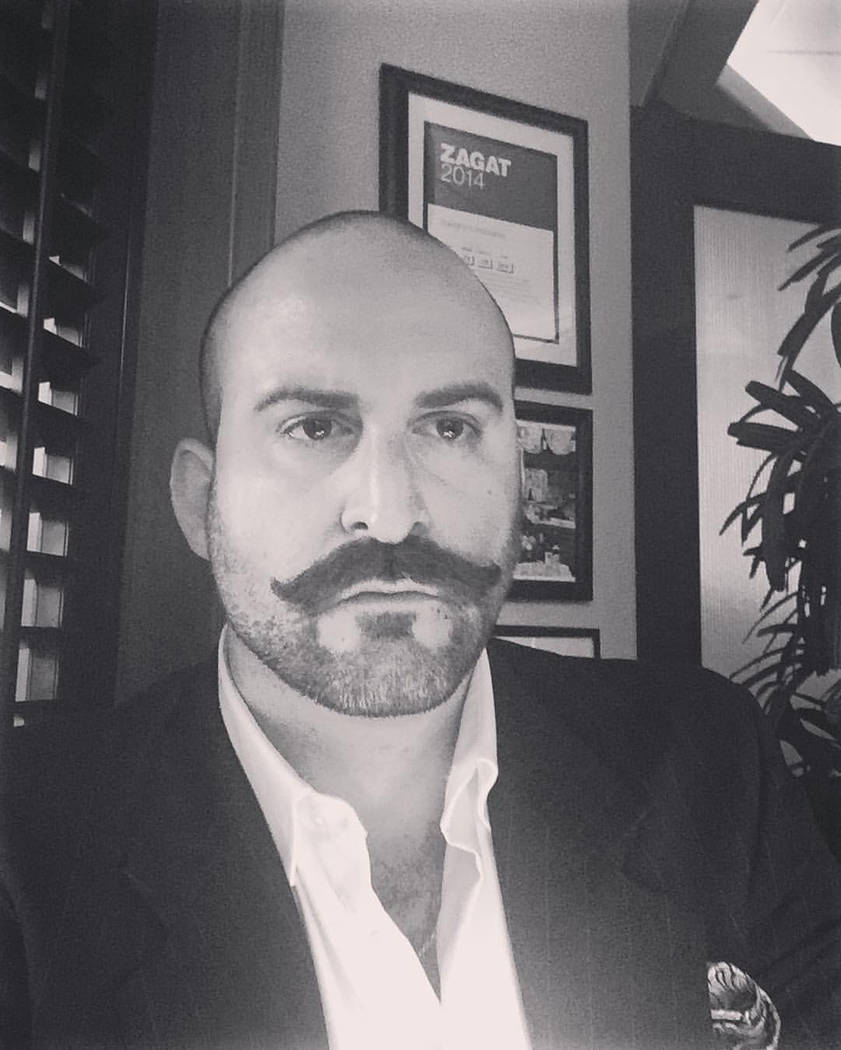 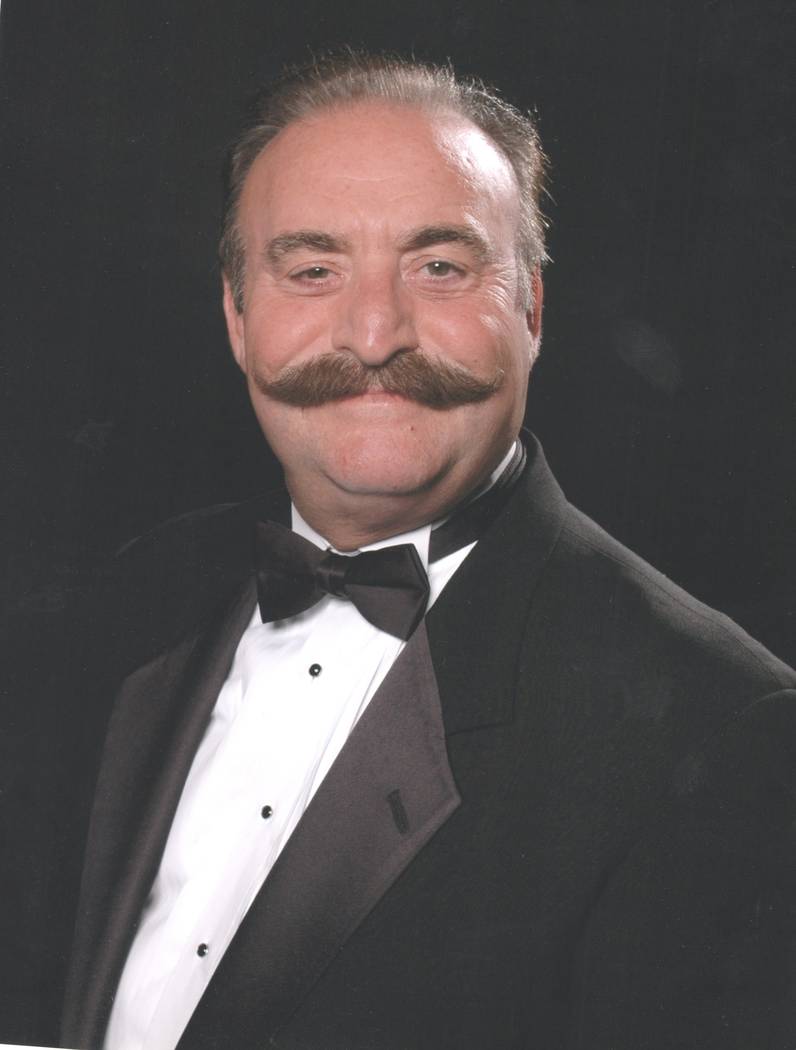 Gaetano Palmeri, whose Gaetano’s Ristorante has grown into a Henderson landmark over the past 17 years on the power of the artistry and personality of its owner, died Tuesday. He had suffered a heart attack in the restaurant Aug. 3, two days after his 70th birthday, said his widow, Rory.

Rory Palmeri said her husband was born in Gela, Italy, and left home at age 14 to work as a barista in Genoa. He then got a job on a merchant vessel that handled immigrant crossings, and later went to work for Sitmar Cruises for 10 years. It was on a cruise ship where they met in 1973, when she, a native of Los Angeles, was on a cruise with a girlfriend and he was the head bartender.

“It was like love at first sight,” Rory Palmeri said Friday.

They kept in touch for three and a half years, marrying in Las Vegas in December 1977. In April 1978, they went to Gela for three months so he could get his green card. It was there that she became pregnant with Michael, the first of their three sons.

After the couple moved to Los Angeles, he went to work as a bartender and then moved on to Adriano’s Italian Restaurant, where over two years he learned all the positions, including captain and maitre d’. They opened their first restaurant in Calabasas, California, in 1981, selling it in 2001. In 2000, they moved to Las Vegas and opened Gaetano’s in 2002 in its current location.

“We just wanted a place where our kids could afford to live, wanted to sort of retire — and ended up not,” she said.

All three of their sons, including Danny and Nick as well as Michael, started working in the restaurants at age 12.

Roman Sibel, a Henderson orthopedic surgeon, was a frequent customer.

“For me, Gaetano was the epitome of the American dream,” Sibel said. “This was a man who grew up in Italy who was not wealthy, who earned his way, came to America, was able to start a very successful business and as a result of that, hand that business off to his children. When we think about what it means to be an American, I can’t think of a better story than his that exemplifies that.

“And insofar as people can be experts in anything, Gaetano certainly was an expert in fine dining. He just was a very honest person; he called it like he saw it. He was just a great man to be around.”

“He was a terrific guy,” said John Wojcik, a local pulmonologist. “Just a wonderful man — someone for whom food and the art of cooking was just a passion. He was just excited to share that. We were going to his restaurant since our boys were very small, and my youngest son practically grew up from infancy going there, had his first fried calamari there, the first time he really ate pasta.

“I just can’t say what a terrible personal loss it is. He was a good friend. I and my family loved him so very much. And for our community. Even though Las Vegas has wonderful restaurants and great culture as far as culinary culture is concerned, Gaetano’s really stands out. He constantly created new, delightful food experiences.”

Rory Palmeri said son Nick is taking over the operations of the restaurant.

“He’s the one who looks just like Gaetano,” she said of her youngest son.

An Aug. 23 dinner at the restaurant that was to be Gaetano Palmeri’s birthday celebration now is a Sicilian wine dinner; for reservations, call 702-361-1661 or email nick.gaetanos@gmail.com. A celebration of life is planned for 11 a.m. to 1 p.m. Sept. 1 at the restaurant. Rory Palmeri said at a future date, she’ll take the family on a cruise and scatter some of his ashes in the ocean.